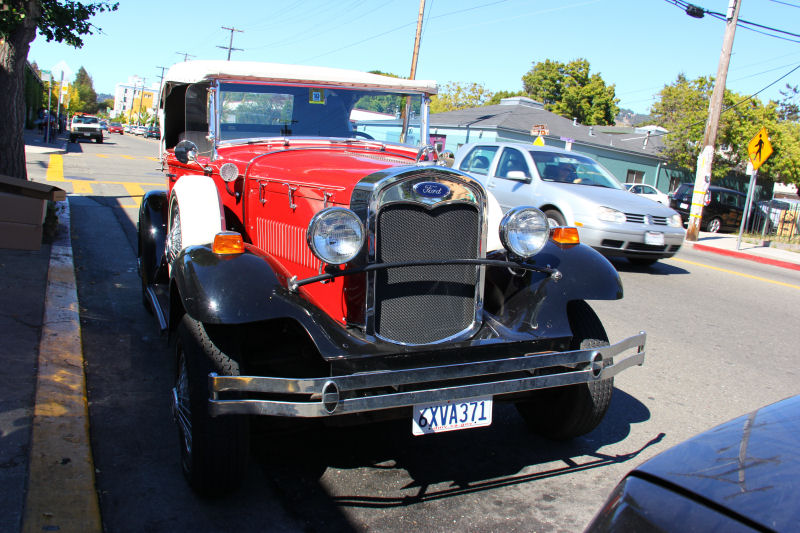 In the 1960s and 1970s, The Ford Model A was a popular classic car to own. But it was getting old, unreliable and simply difficult to find in good shape. So a few companies were formed that offered new fiberglass replicas of the Model A, providing the appearance of a classic but with more amenities and power. One of these was Shay Motors Corporation, a Ford-approved maker of Model A roadsters and pickups. The other notable manufacturer was Glassic, which produced roadsters and two-door 'phaetons'. The Shay body was relatively authentic in its proportions, while the Glassic was wider for more interior space, and accepted a larger engine. Both were built on a contemporary frame with a modern engine. Glassics first used an International Scout four and later a Ford V8; Shays had Ford Pinto or Fairmont fours. Both companies were bought out or changed their names over the years. Glassic became Replicars, Inc. around 1975 and continued building cars into the 1980s. 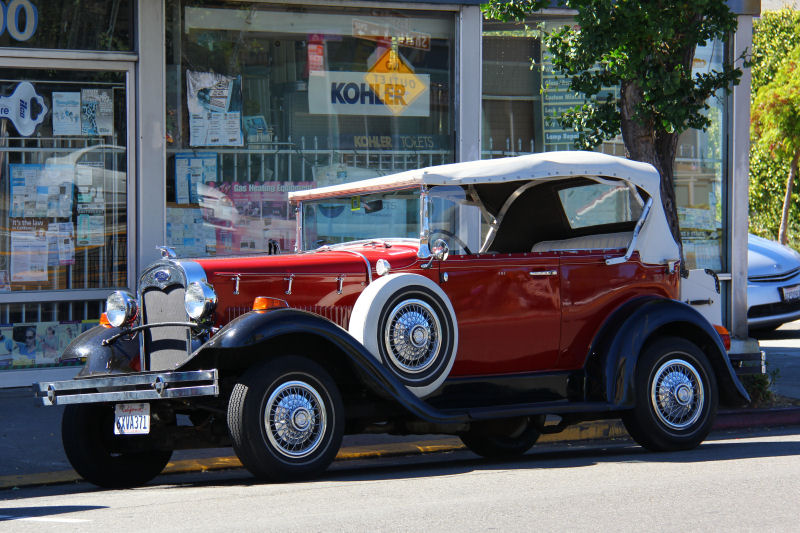 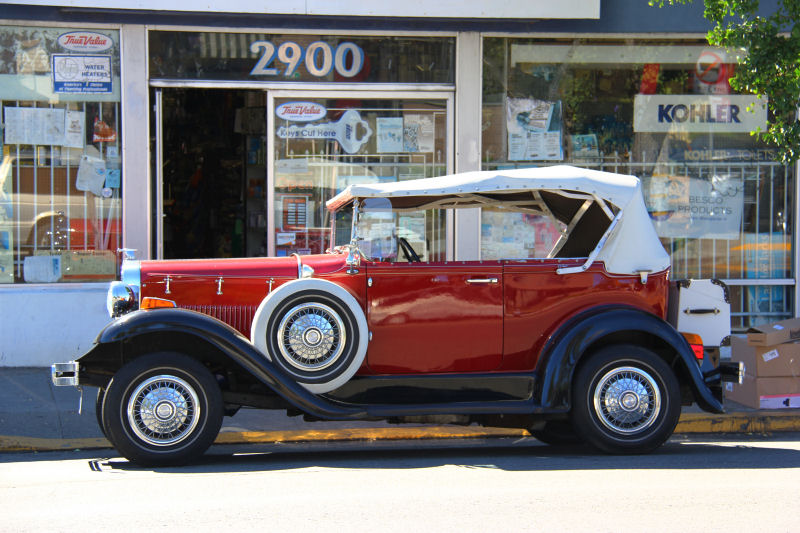 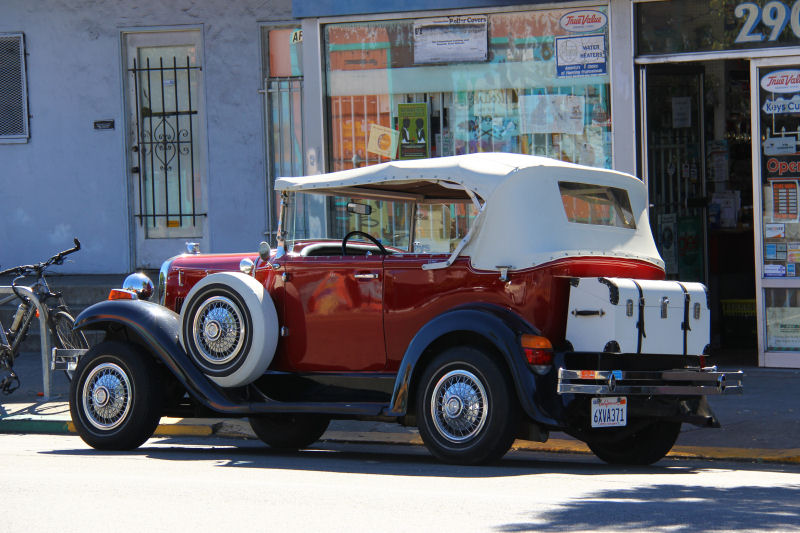 The Glassic Annex website has a list of cars and owners. I believe this car, having been found in Berkeley, is car number 1410. Car 1410 is a 1979 factory-built Replicars Phaeton originally purchased by a Southern California real estate developer, George Pardee, for his winter vacation home in Palm Springs. After the owner's death, the car moved to Vermont, where it was given to the Shelburne Museum. In 2012, the car was sold and moved back to California, now residing in Berkeley. The story states that the car has a mere 5,000 miles on it. The engine is a 302 cubic inch Ford V8 hooked to an automatic transmission. The final clue as to the veracity of the car's identity is the monogrammed initials on the doors, GMP. George M. Pardee. 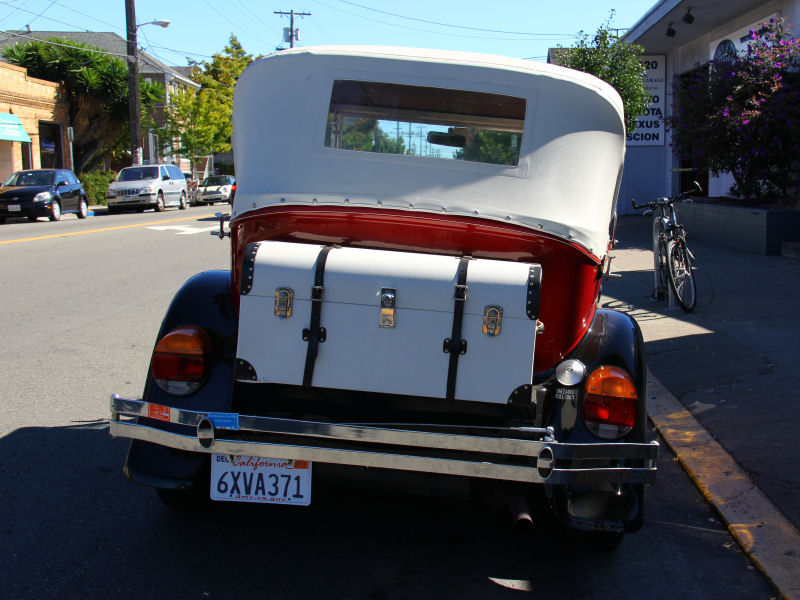 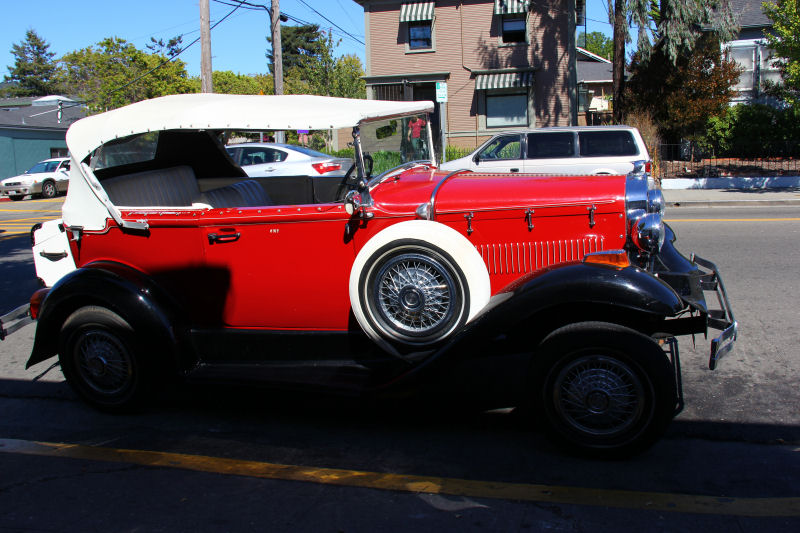 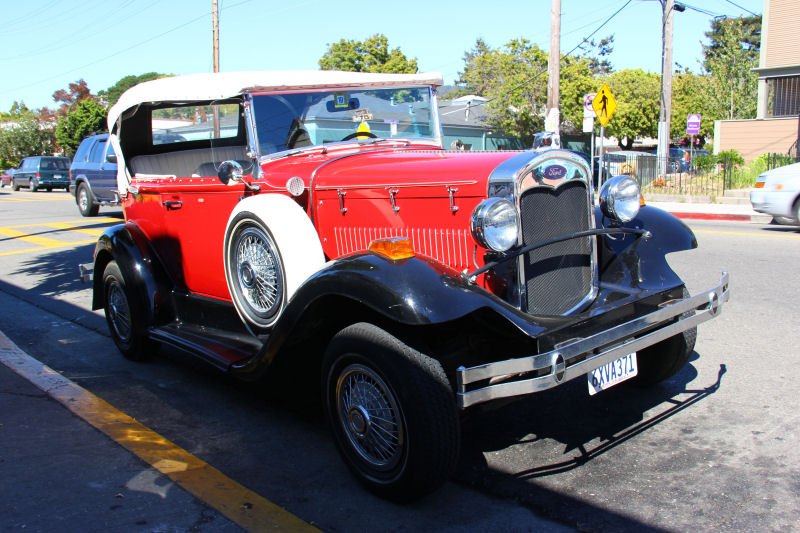 Most Glassics were Phaetons like this one. Production lasted from 1966 to 1981, with a total of about 1600 cars rolling out of the factory. During the Replicars era, 508 cars were known to have been built. These were different from the earlier models in that they had a custom-made chassis instead of the earlier International Scout frame. These cars also have Volkswagen Beetle taillights in place of the dainty original-style Model A lamps, and the front fenders have Beetle parking lamps. Other improvements were made such as front and rear coil springs, front disc brakes, and air conditioning. The cars also received a Model A flying partridge hood ornament. From what I read, the Glassic Model As were never designed from original diagrams or plans, they're mainly an estimation based on the general appearance of the original car with compensation for modern automotive needs and standards. 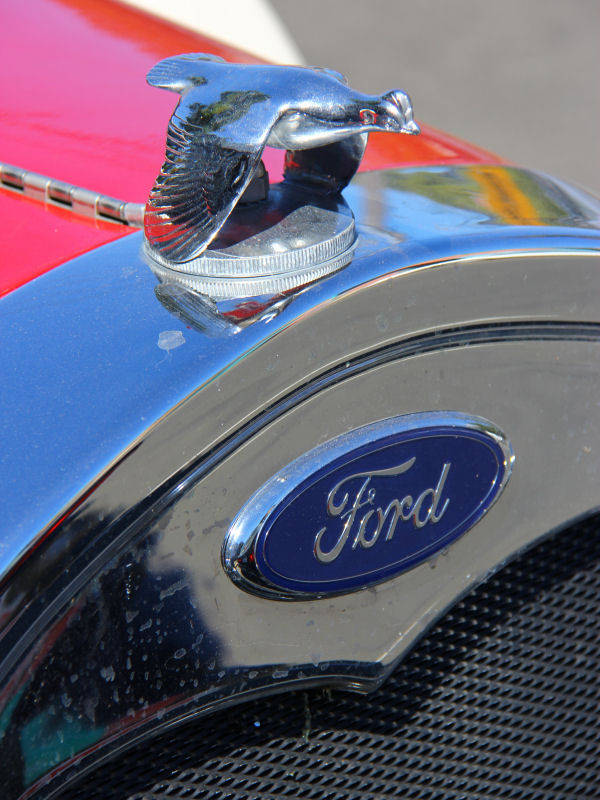 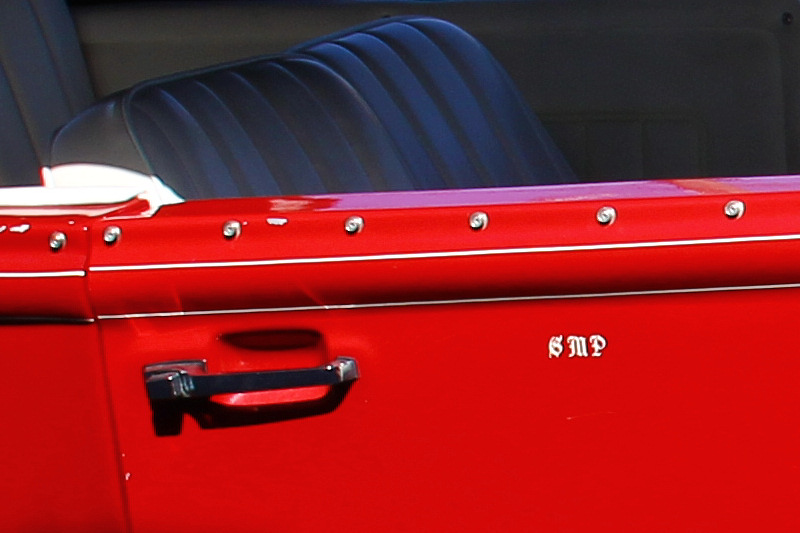 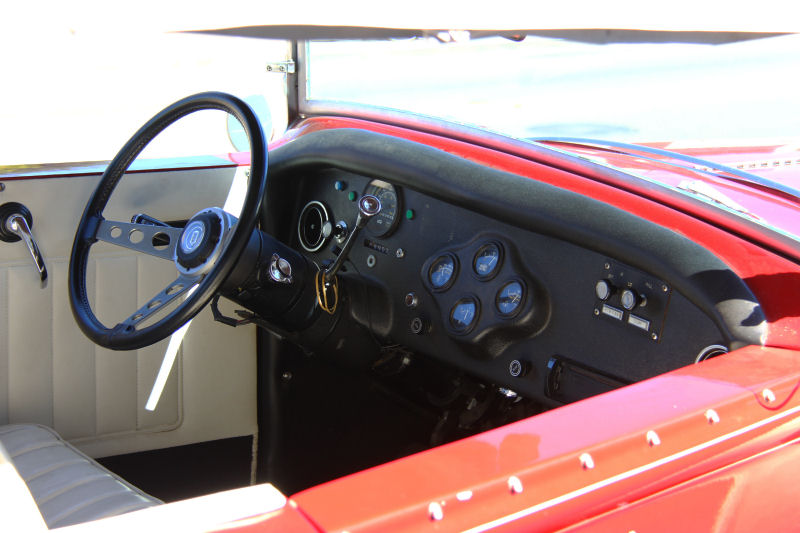 This one is in remarkably good condition as befitting such a low-mileage car. There are a few chips here and there, some of which may be chips in the fiberglass and not just the paint. But on the whole it looks pretty clean.
Posted by Jay Wollenweber at 12:00 AM