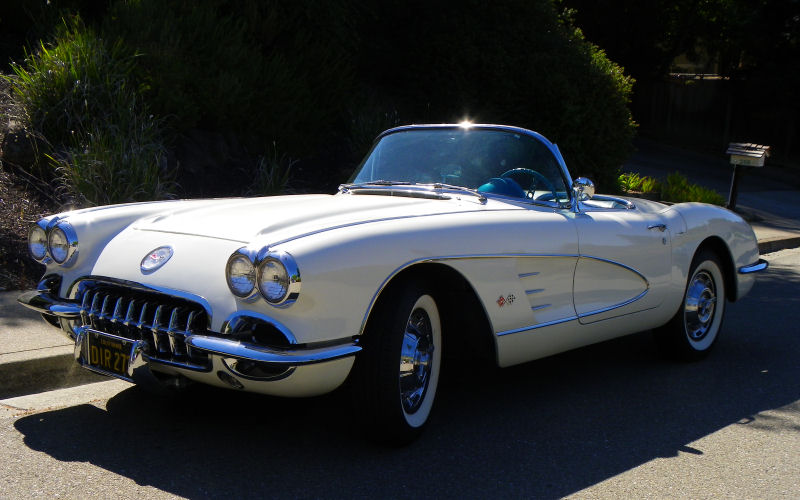 Sometimes the greatest street sightings are the ones that fall into your lap. This beautiful 1960 Corvette showed up on my block one day and I didn't even know about it until I went outside to get ready to go somewhere. There it was, just down the street. 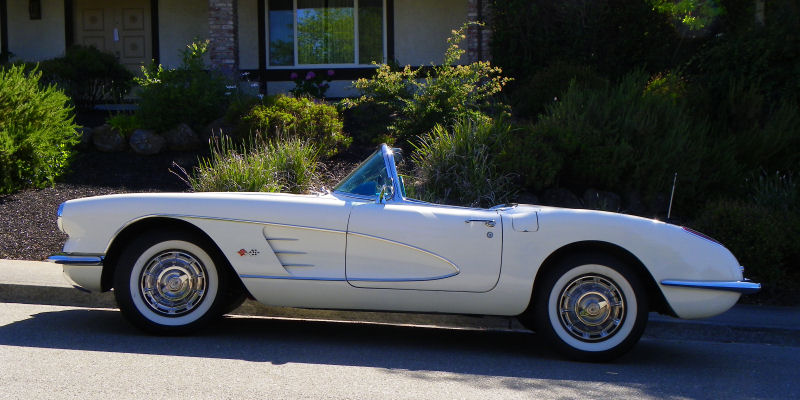 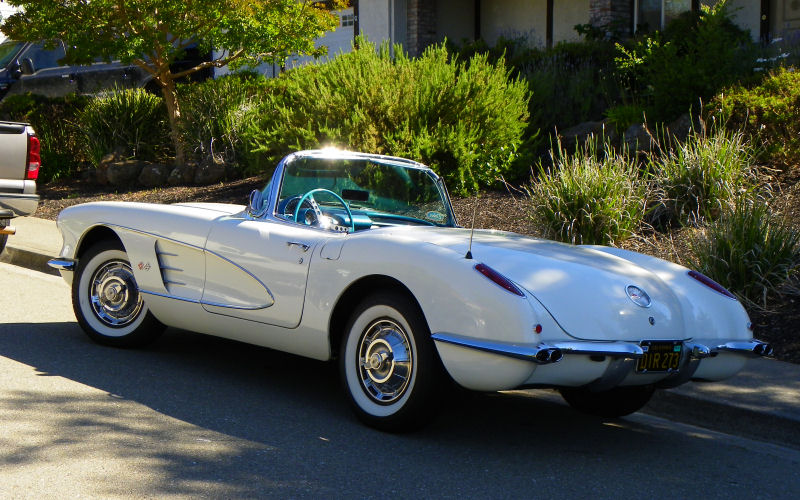 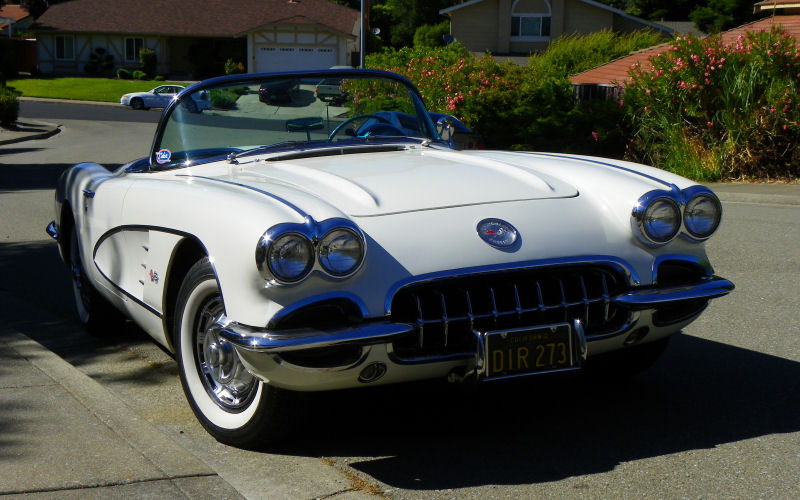 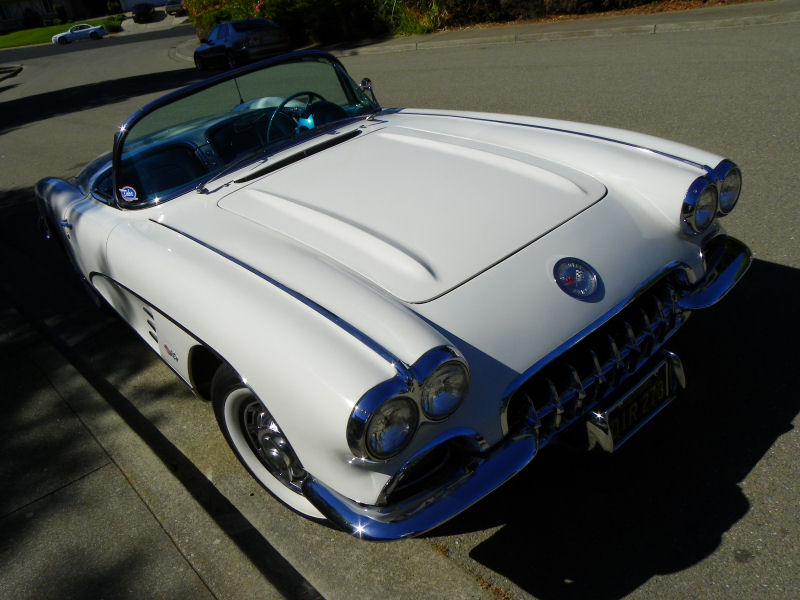 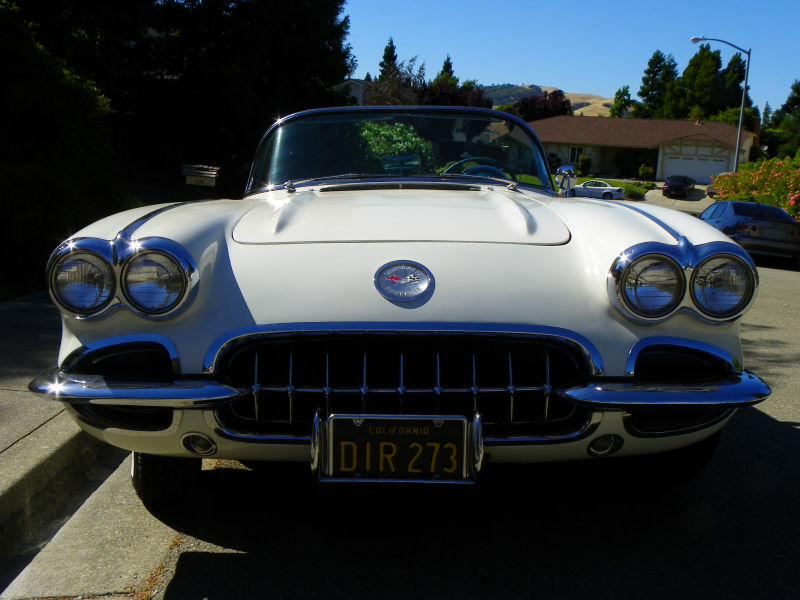 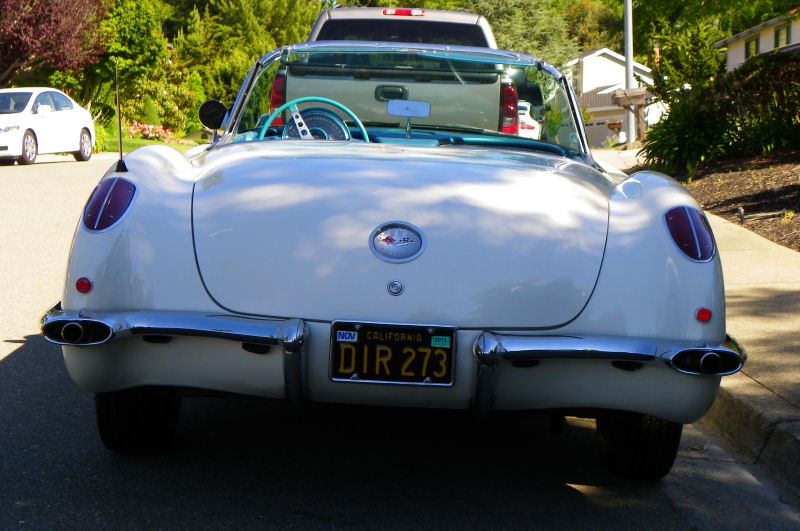 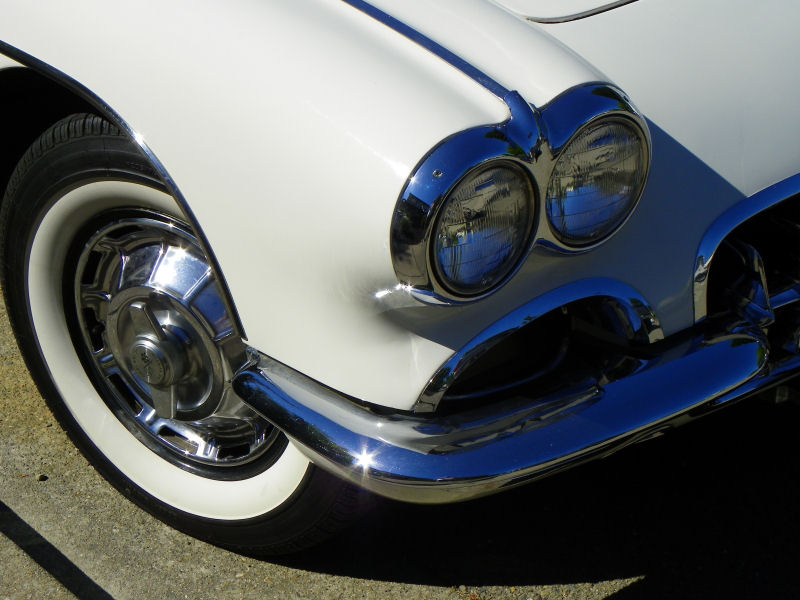 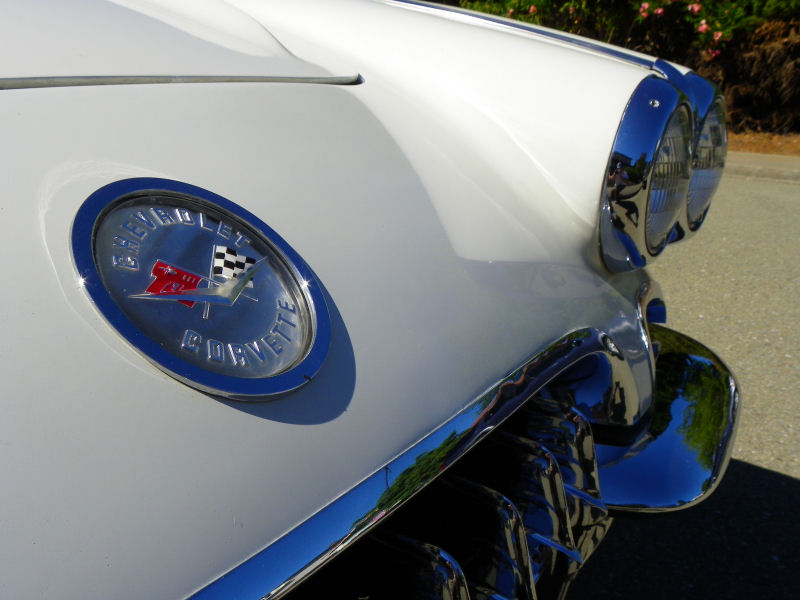 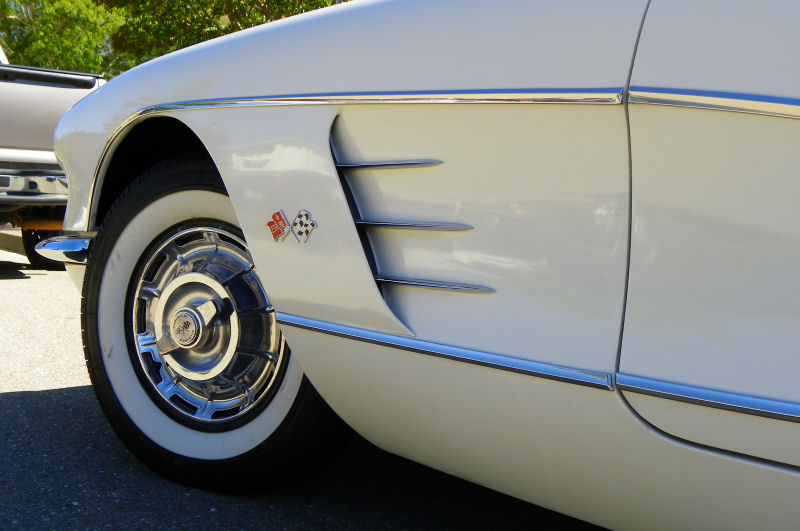 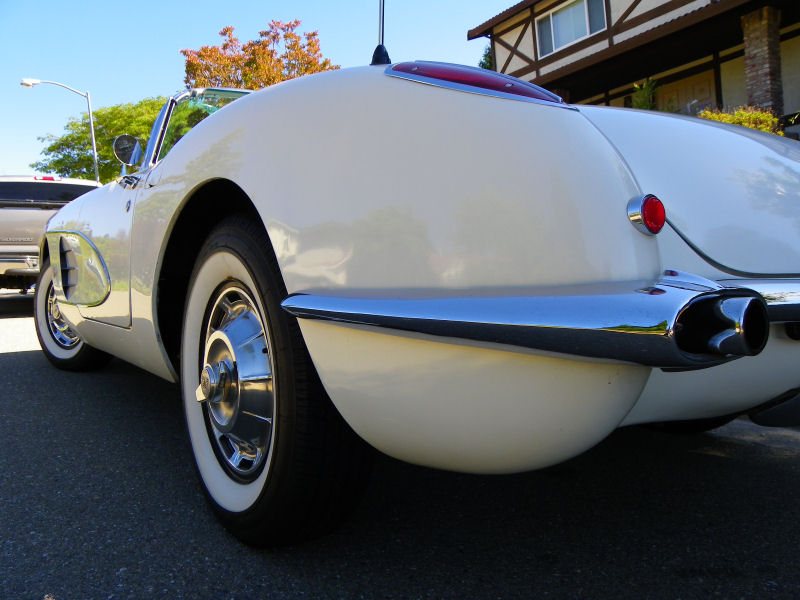 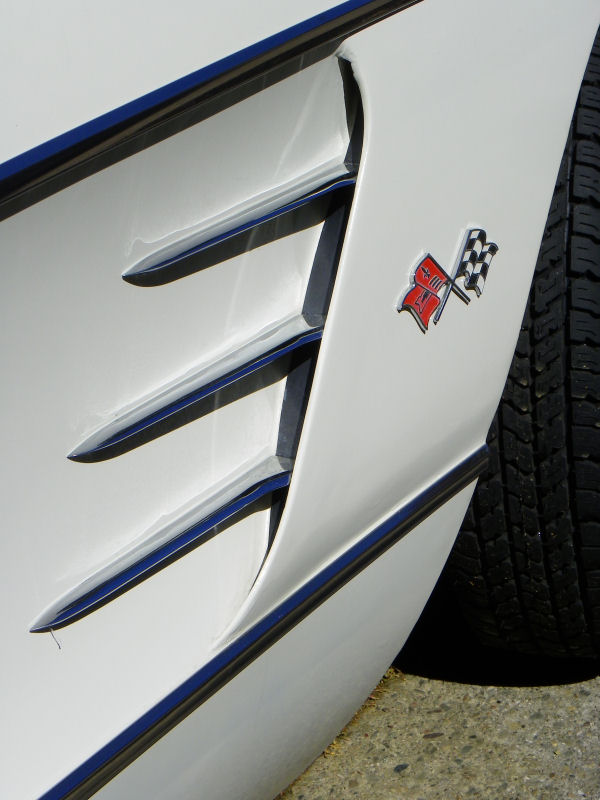 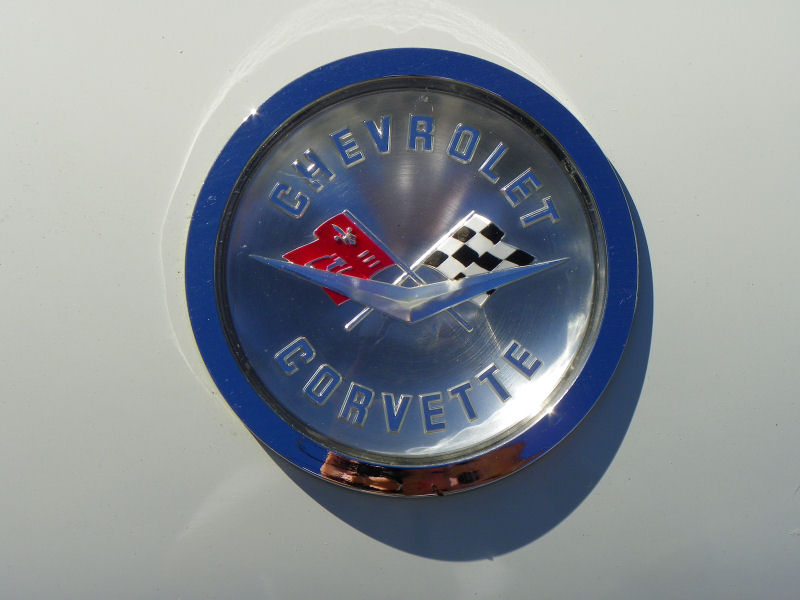 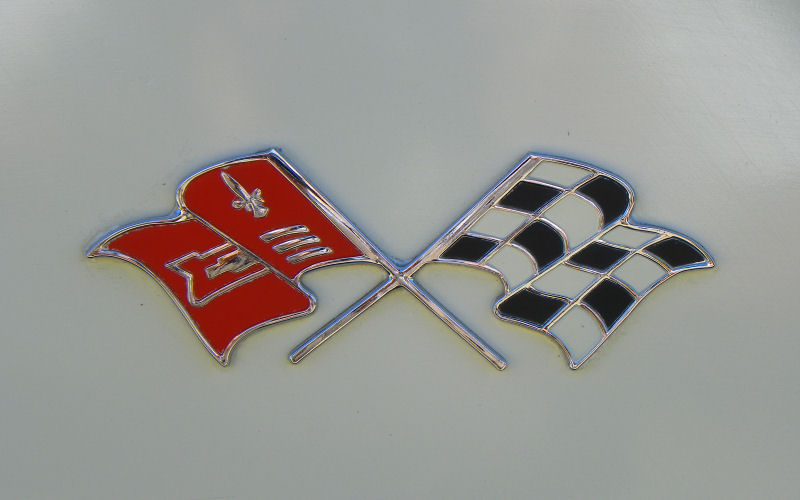 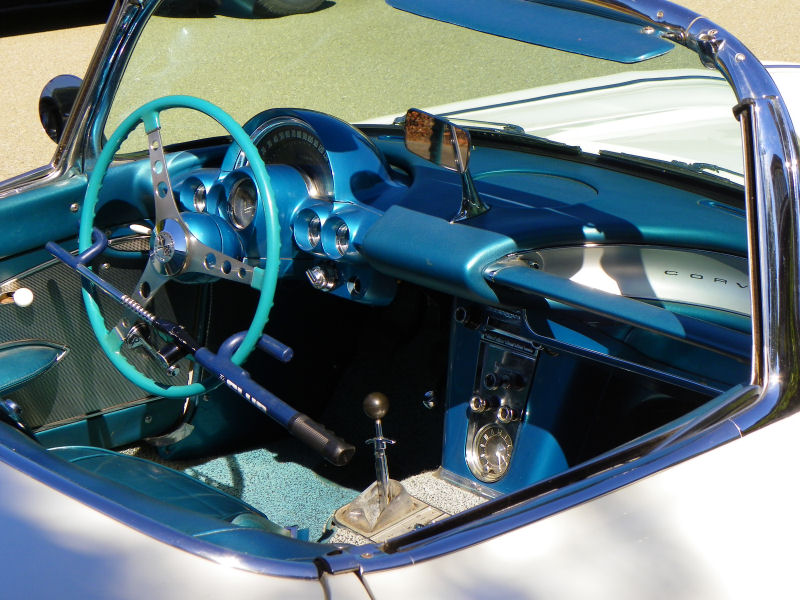 Admittedly, I've featured a 1960 Corvette once before on California Streets, but it was Tuxedo Black with silver side coves and red interior. Both cars are lovely, but I think this one is even more special because its owner took advantage of a nice sunny day and drove his classic car to visit a friend. The black car, while gorgeous, was found outside of a shop which yielded three very nice street sightings in the space of one block. I see it as low-hanging fruit, albeit ripe and delicious fruit.
I don't see many all-white Corvettes from the C1 era, aside from the earliest years when Ermine White was the only color offered. Most that I see tend to be red or black, and it gets a bit old. It's easy to forget the power of the color white on the right car. And I admit, I'm really digging the turquoise interior on this one. It's a combination I've rarely seen on any car, and I think it actually works. I had a lot of fun shooting this 'Vette.
I doubt I would ever own an early Corvette like this one, but if I did have this one I'd replace the shift boot. It looks pretty worn out compared with the rest of the clean interior complete with Wonderbar AM radio. Aside from that, I'd make no other changes. The body is in great shape with only a little road dirt on it in a few places. The hubcaps, bumpers and all the trim are intact and nicely chromed, and the license plate, while not the original 1960 issue, is pretty close at around late 1963. Perhaps it was bought in another state originally and brought to California later, or was sold secondhand and registered with new plates when it was a few years old. Either way, this pretty roadster has been blessed with living in California for a long time. I like it a lot.
Posted by Jay Wollenweber at 12:00 AM