I hate seeing tow tags on cars. It means that the car was left in one spot too long and either someone complained or the police decided it was abandoned. When you see a vehicle with a tow tag, you never know if that's the end of the road for it. There used to be a Chevy El Camino that sat in the same parking space near my local Taco Bell for what must have been years. It was in good shape, but it was always there. When people started throwing garbage in the back, the police tagged the car. Usually when you get tagged, it means you have 72 hours to move it or the city comes and tows the car away. Then there's meter maids, street cleaning, permit parking, you name it, that allow for even less time before the car goes to impound. The El Camino sat for over a week with a tow tag before it disappeared for good. 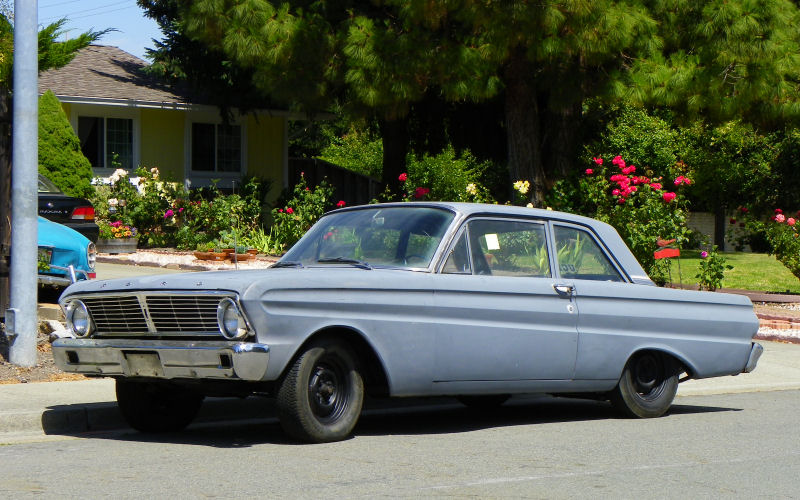 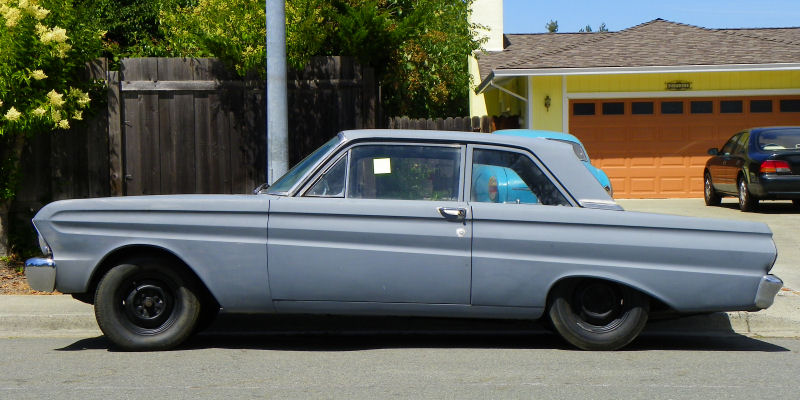 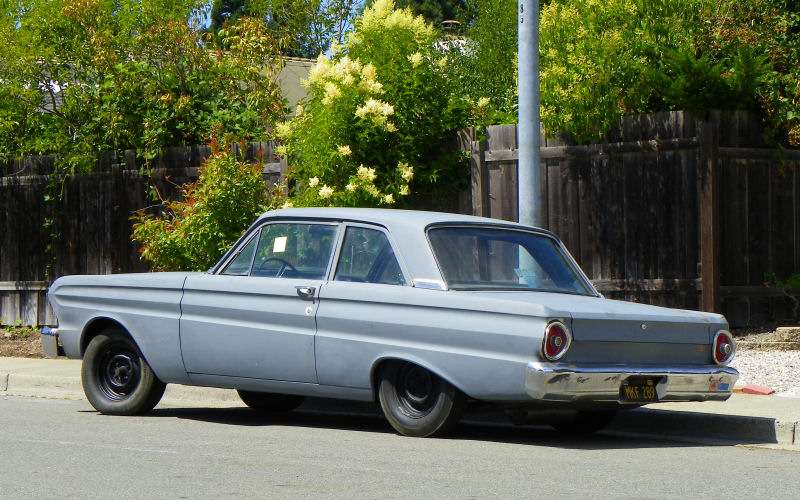 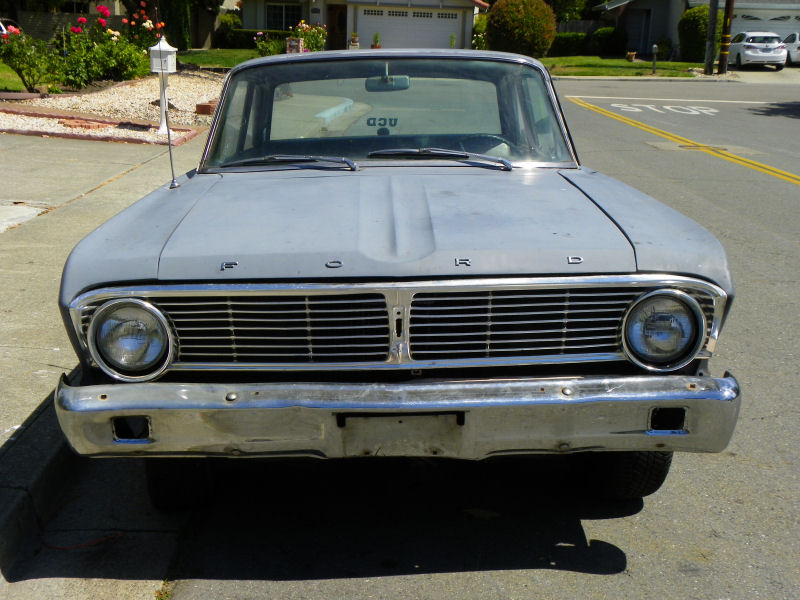 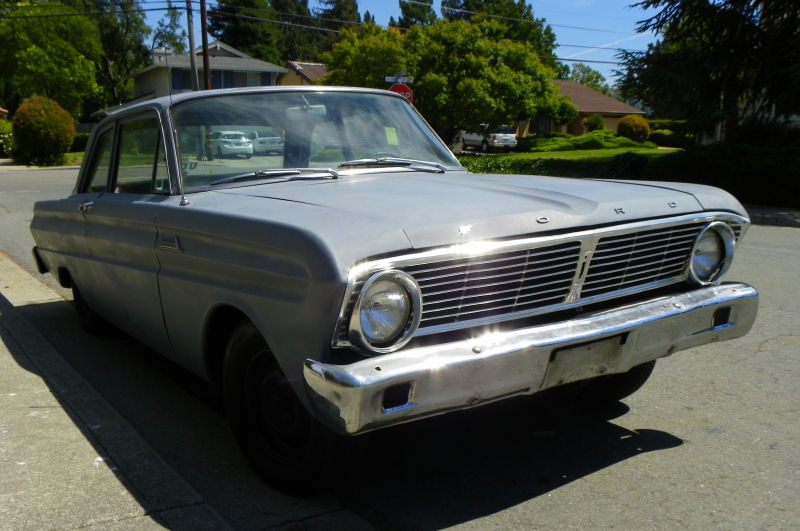 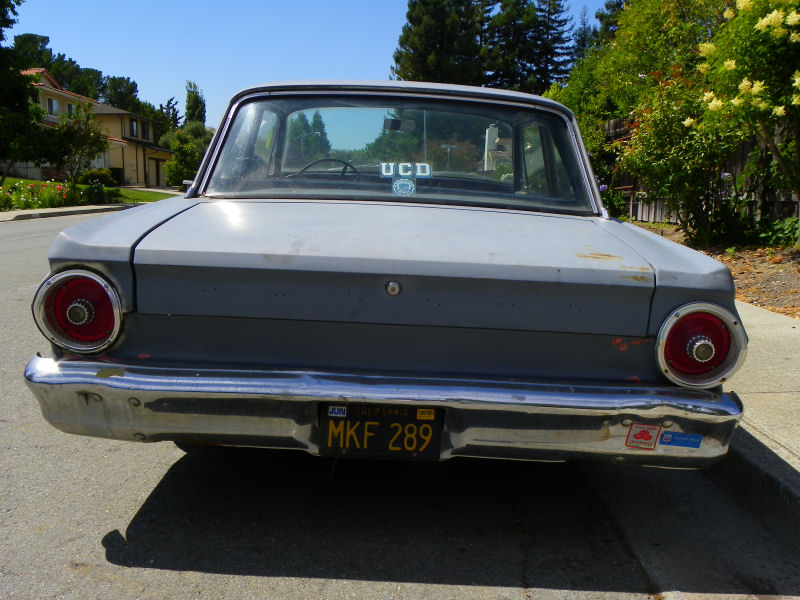 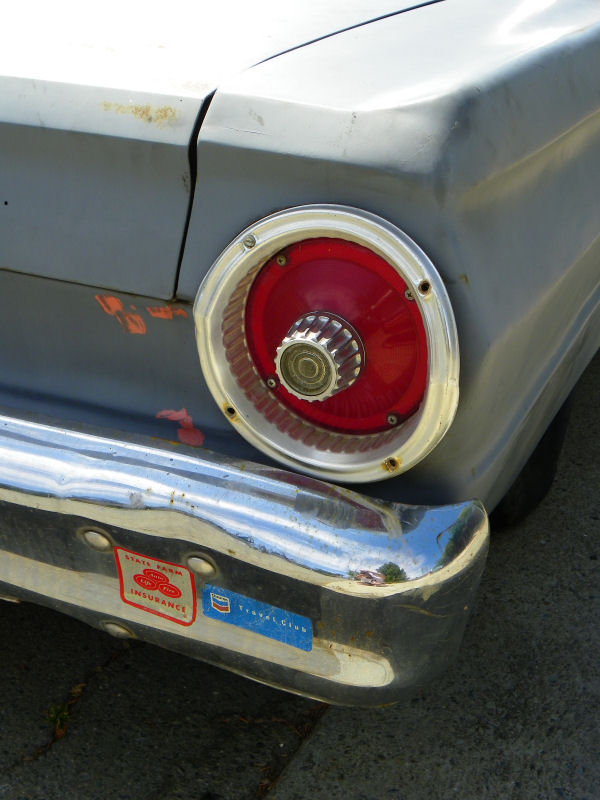 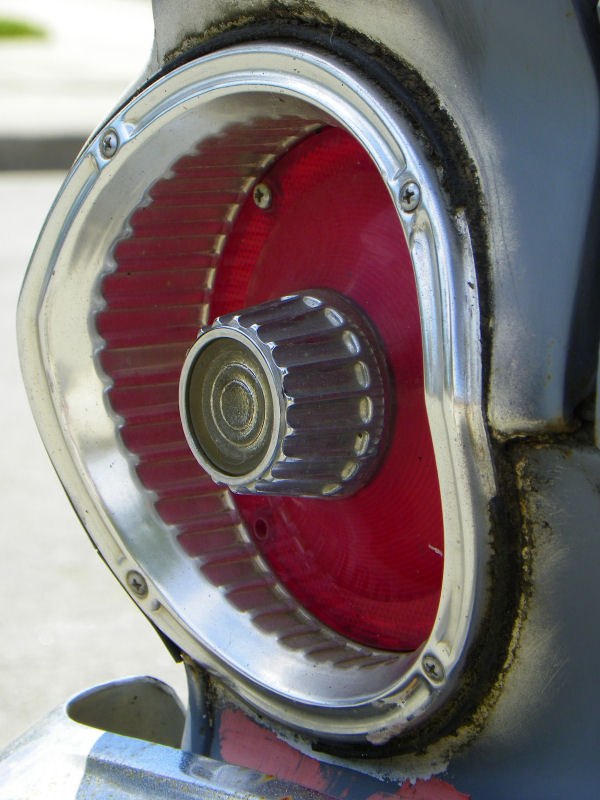 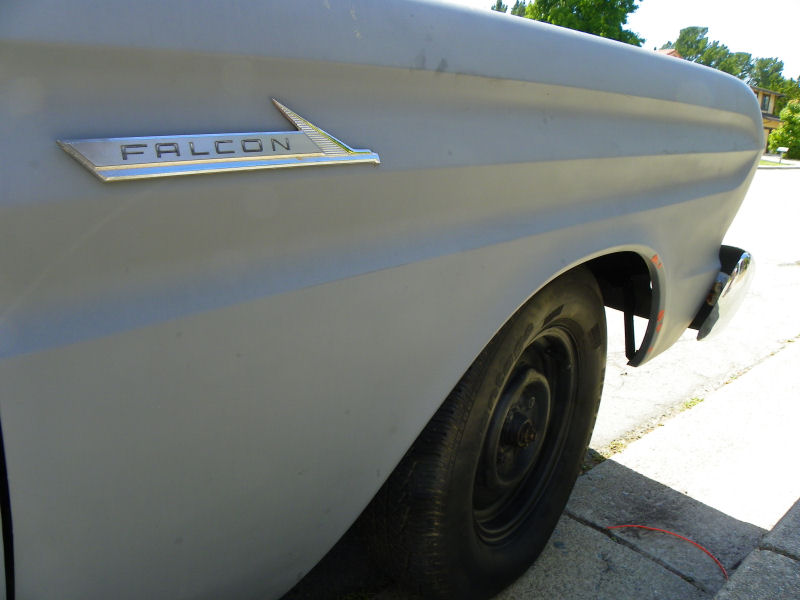 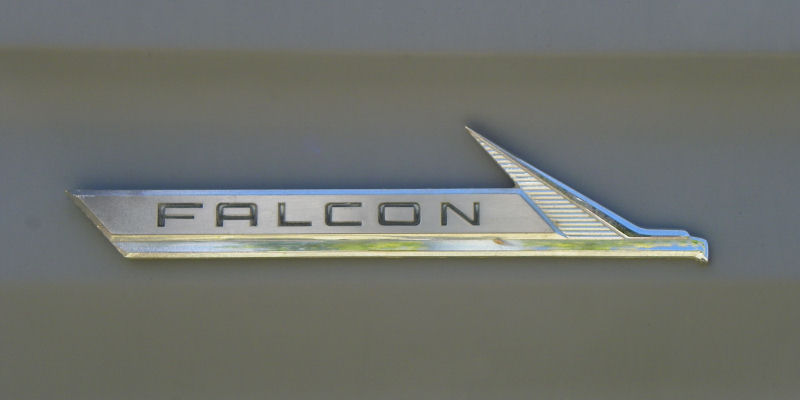 It seems like older cars, particularly ones with deteriorated paint, bear the brunt of the policeman's tag. A newer luxury car left for a week might not face the same scrutiny, but this is merely speculation on my part. Still, it stands to reason that an old car with bad paint is more likely to be abandoned on the street than a nice new car. This 1965 Ford Falcon two-door sedan was left on the street for a while, but I didn't see it until after the city placed a tow tag on it. I took a walk one day and stopped to photograph it. The next day it was gone. I feared that it might have been hauled off to a tow yard like the one in Oakland I used to pass on the way to college. Cars went there to die, and the Pick 'n Pull yard was just across the street.
Luckily the story is happier for this Falcon. It was gone for about a week, but then it showed up in a driveway on the same street. It lives!
Posted by Jay Wollenweber at 12:00 AM