Some people collect only AutoArt models, because they have discerning tastes and expect only the best. AutoArt has a tradition of creating highly detailed display replicas with an equally high price. They're up there with Kyosho and Minichamps and Exoto in the realm of cars you don't let your children play with. The average AA sells for around $120 new.

This is an AutoArt. It is a Saturn. And I paid less than 8 bucks for it on eBay. 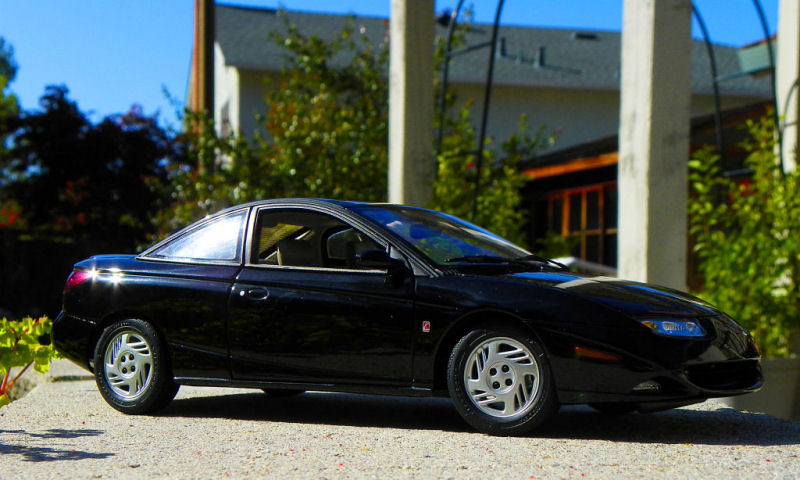 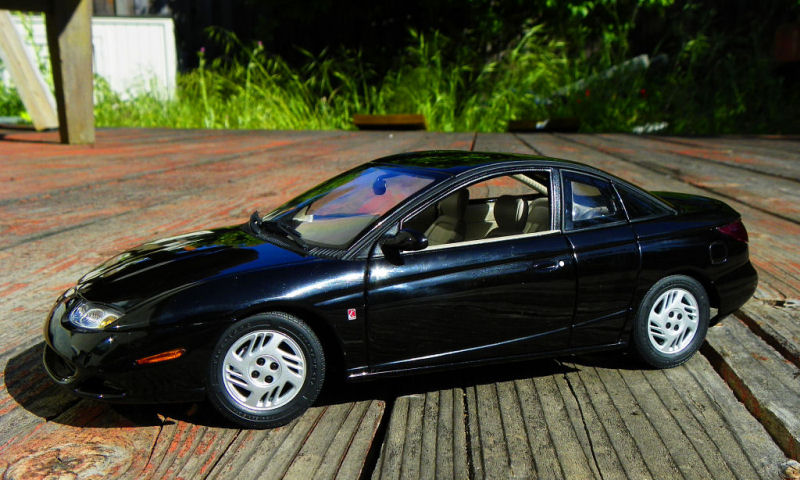 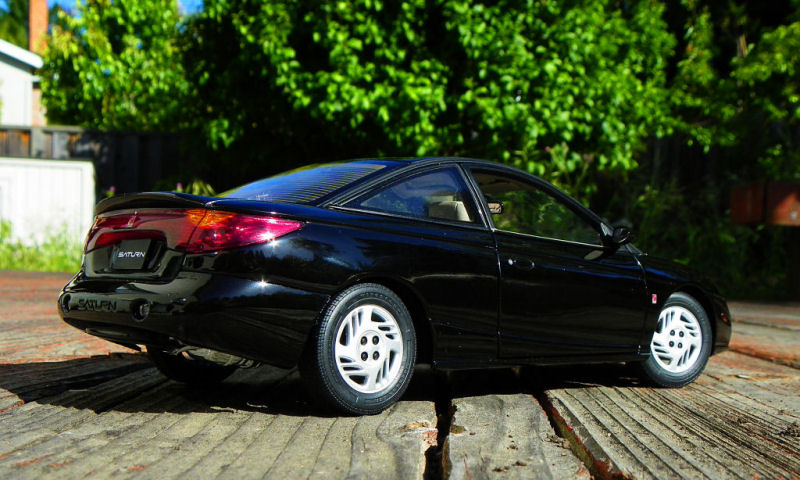 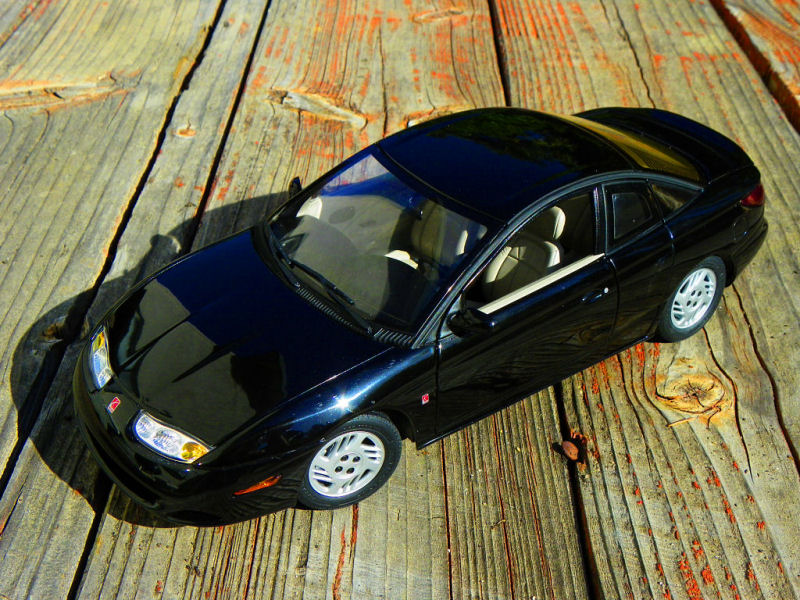 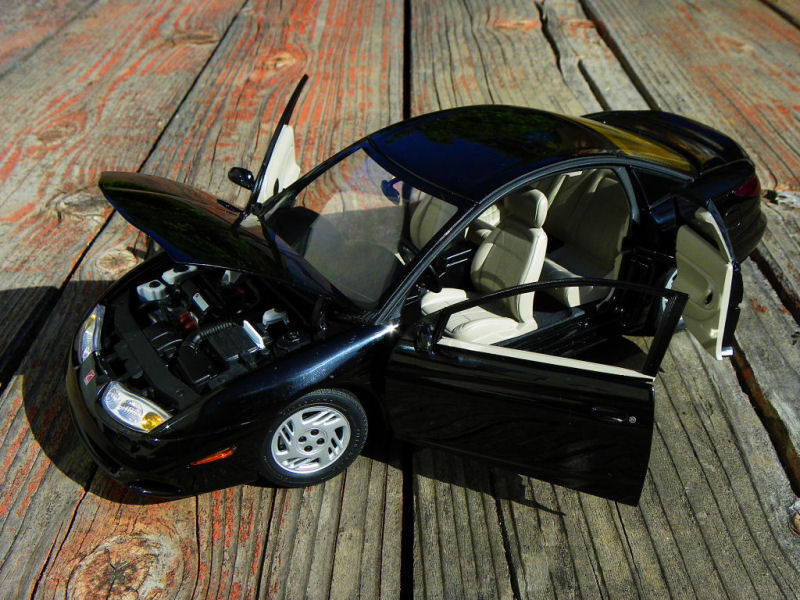 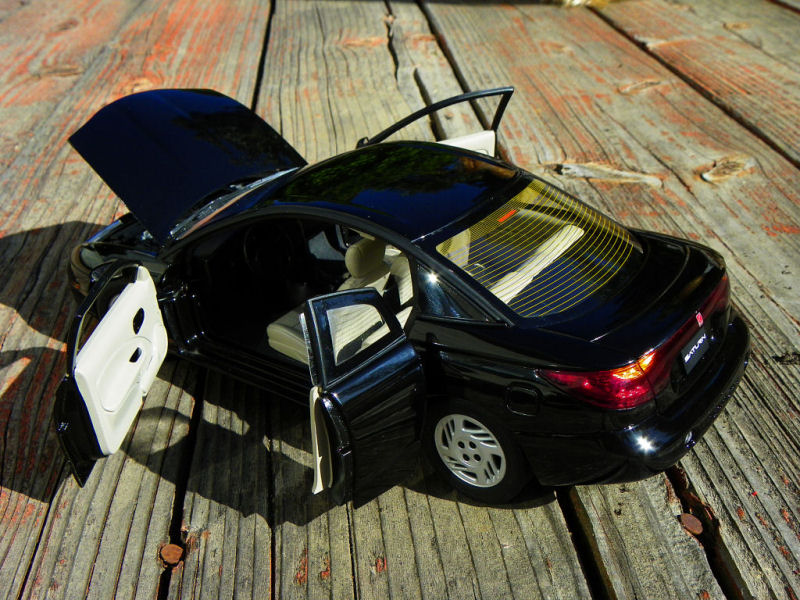 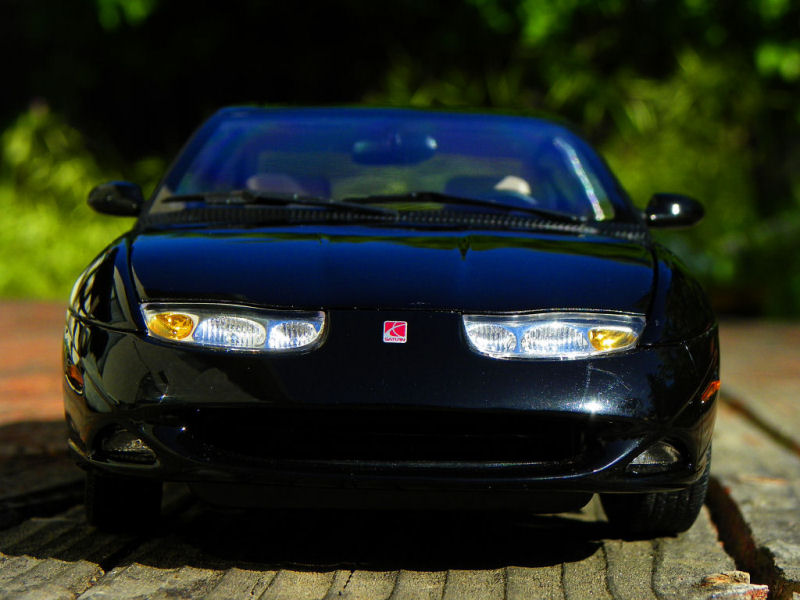 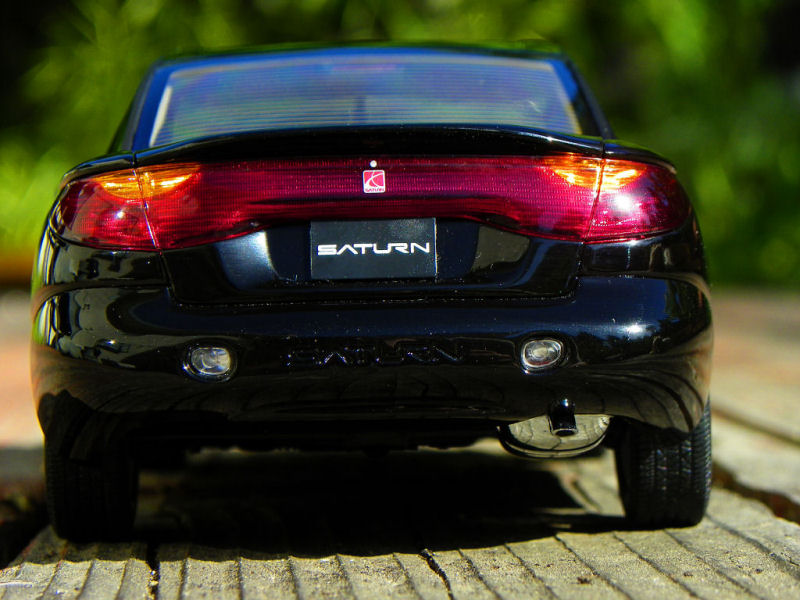 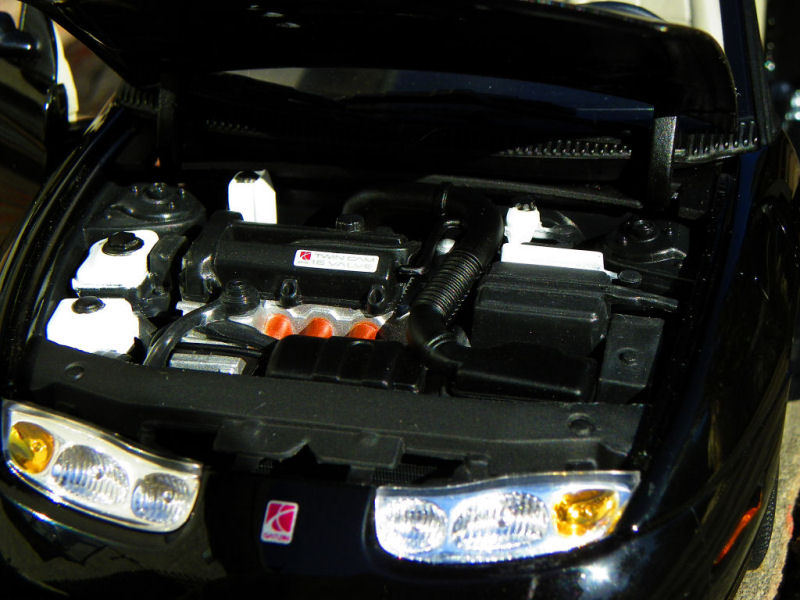 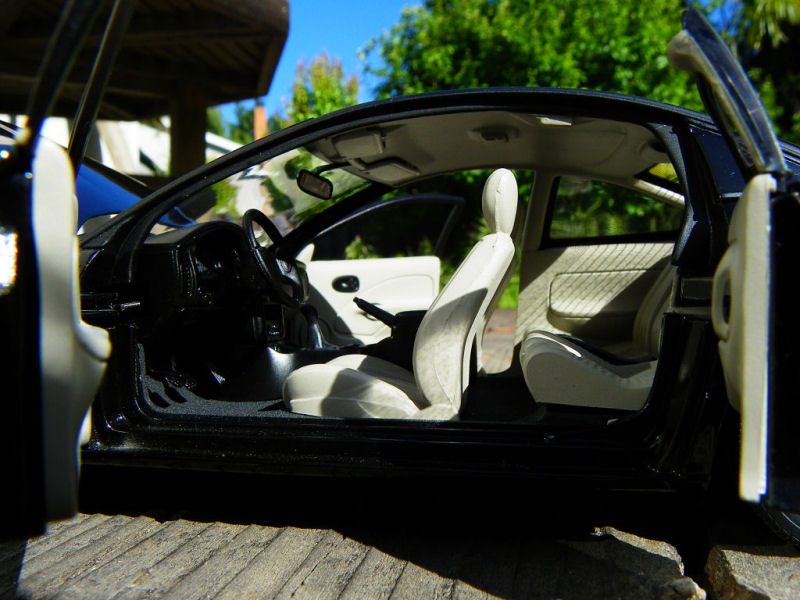 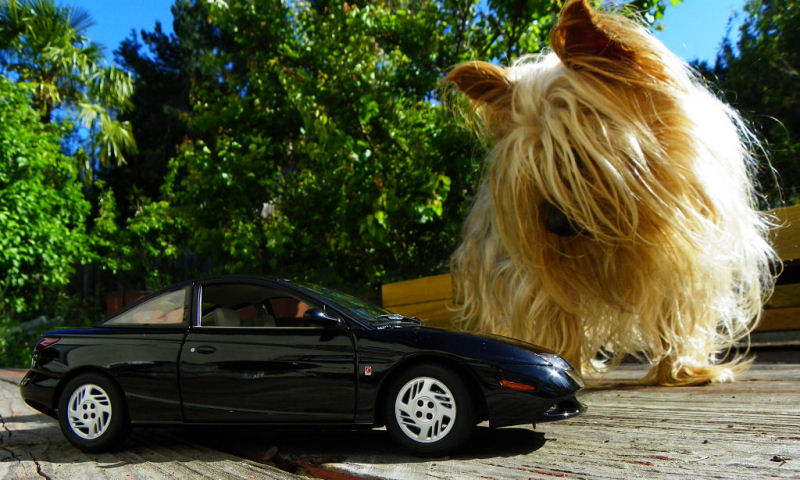 I'm a sucker for a good deal sometimes and the Saturn SC 3-door coupe was too whimsical to pass up. Lately I like to collect quality replicas of mundane cars and this fit the bill perfectly. To be honest, I hate this generation of Saturn coupes. But I really like this model. I first found out about the Auto Art Saturn when my local hobby store was closing down. They had a yellow SC, and I almost bought it, but I didn't like the color. Later when I discovered eBay, I found that the Saturns were some of the lowest-priced Auto Arts in existence, so I jumped at the chance to own one.
It's an older AutoArt release, from before they took the brand upmarket. It shows, since the rear hatch doesn't open and the interior is drab black and beige plastic. Oh wait, it's a Saturn. Still, no seatbelts? I have nearly 20-year-old Bburago models with seatbelts. This car also falls victim to the cost-saving measure of crappy dog-leg door hinges. Engine detailing is simple, but effective enough. it appears to be mostly one piece with enough paint detailing to fake it as a complete engine. Given that most new cars have all the important stuff hidden underneath a plastic cover anyway, I give it a pass. One area where the Saturn really shines is in the lights (no pun intended). Nowhere on this car can you see the mounting pegs for the light lenses, because they're hidden. To me, the execution of the lights is one of the greatest signs of quality you're going to find on a model. The embossed tire lettering is another great touch, as are the brake calipers visible through the front wheels.
I believe the Saturn SC was produced as part of a Saturn dealer promo model series around 2002 which also gave life to an AutoArt Saturn Vue. The coupe was released in black, red or bright yellow, and the Vue in champagne or orange metallic. Both can be found for very reasonable prices online, and they make a great addition to any collection. Especially if you're weird like me and think boring cars are stupid but good models of boring cars are awesome.
Posted by Jay Wollenweber at 12:00 AM