Flickr has been an excellent resource for finding new cars to photograph in San Francisco. Frequently it's because some automotive-minded city resident carries a camera around everywhere and takes a picture or two of almost every interesting vehicle they encounter. I like to challenge myself to figure out where the picture was taken based on the background. Then I go there with my camera. It's a crap shoot, really. The nature of street-parked vehicles is that they move around. It's very common for me to go out in search of a specific list of vehicles to locate and photograph, and I go home at the end of the day with an entirely different crop of cars because none of the ones I planned to shoot were there.
I had a hunch one day while I was in the city with a friend. We were sightseeing and after visiting COIT Tower we explored Telegraph Hill looking for the famous red and green parrots that live there and like to eat berries off of some bushes that grow at the top of Montgomery Street. I also knew from Flickr that a vintage Land Rover military ambulance lived in the area. Lo and behold, I found it. 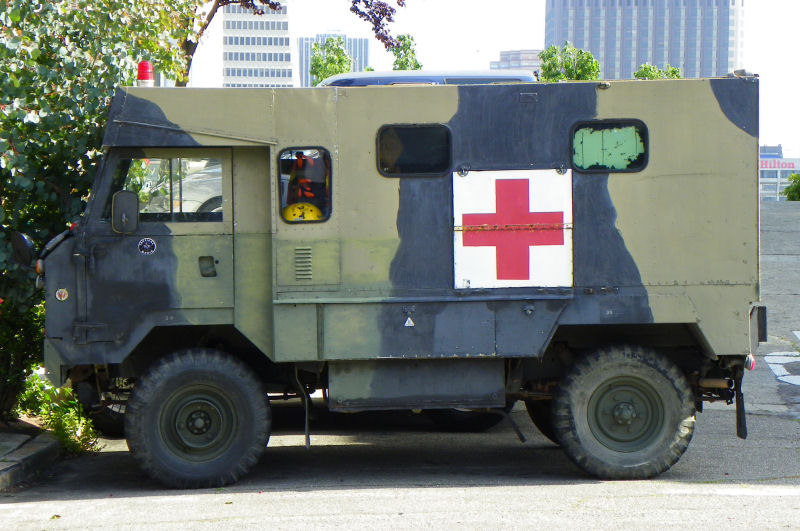 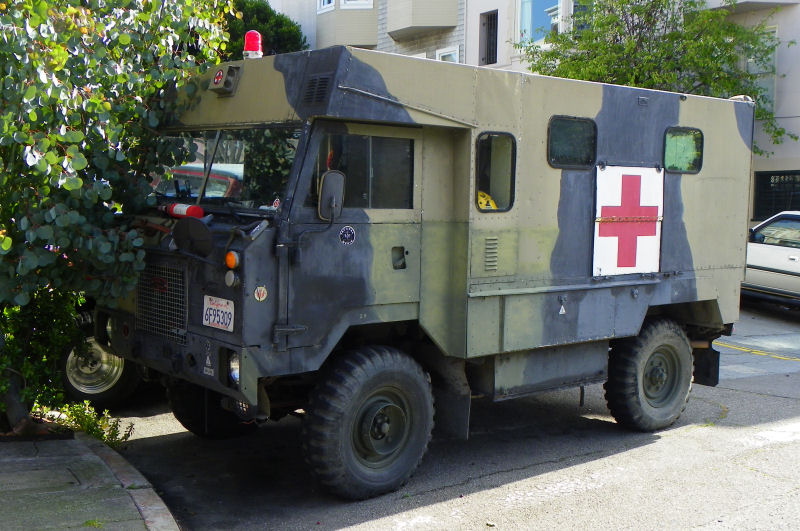 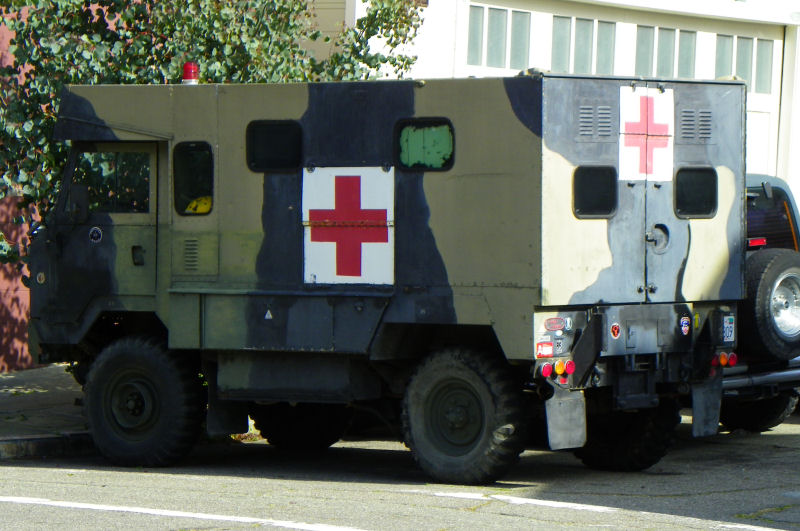 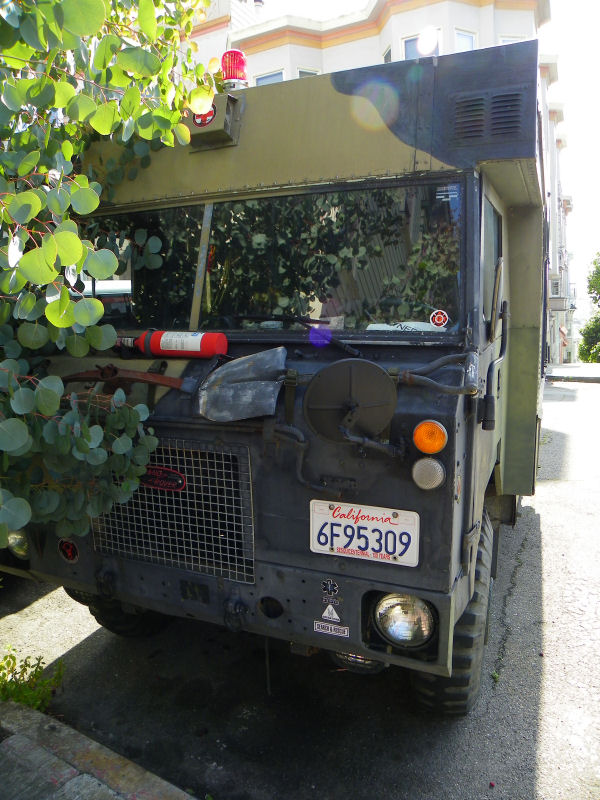 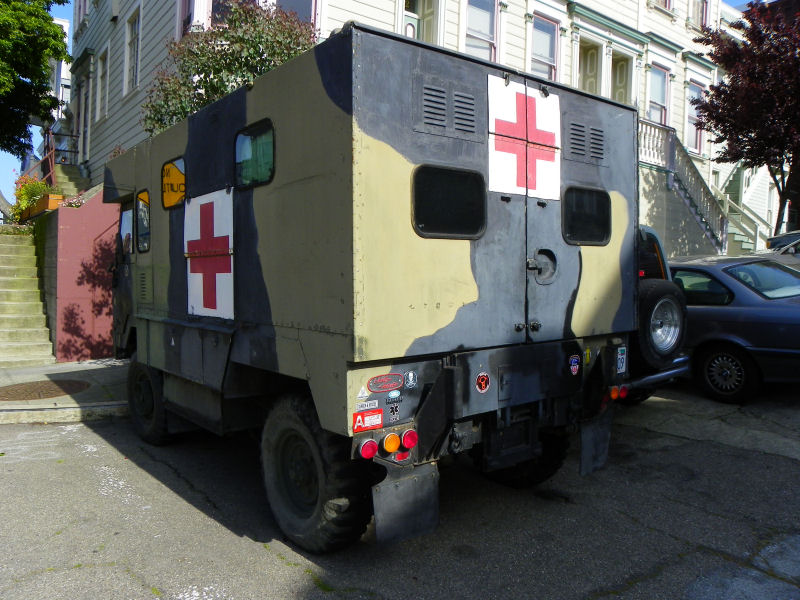 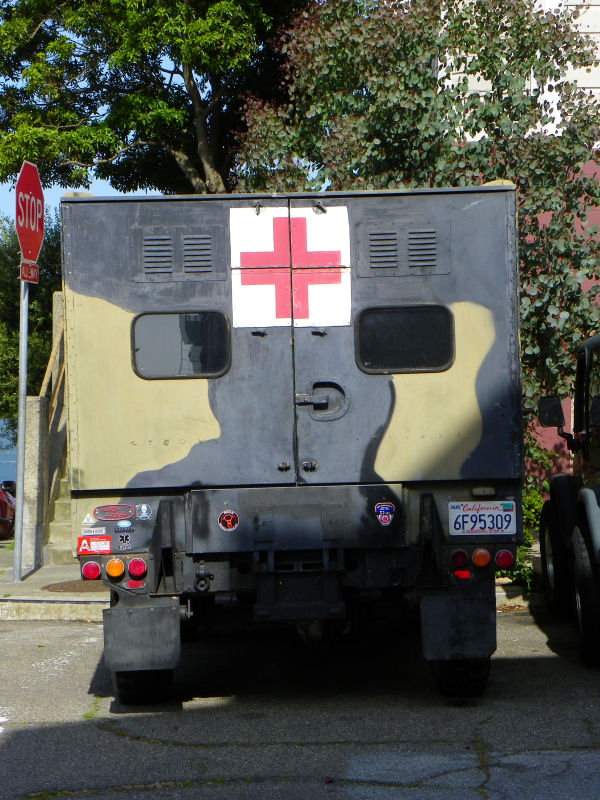 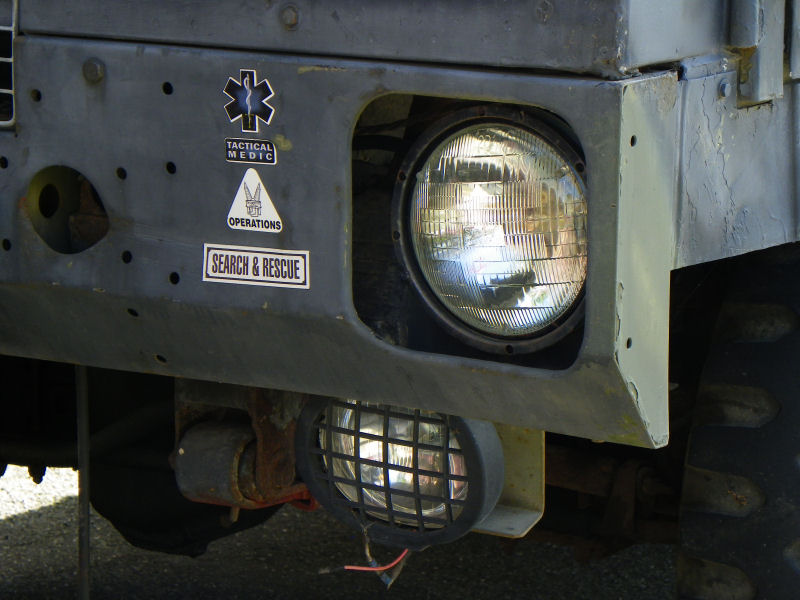 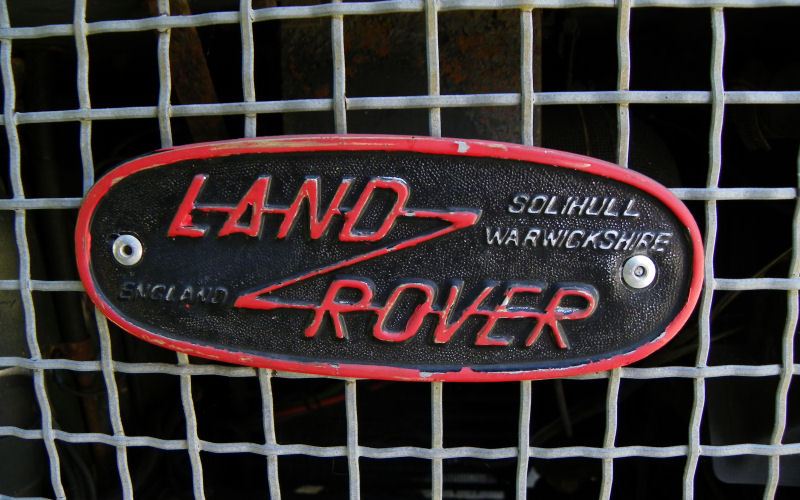 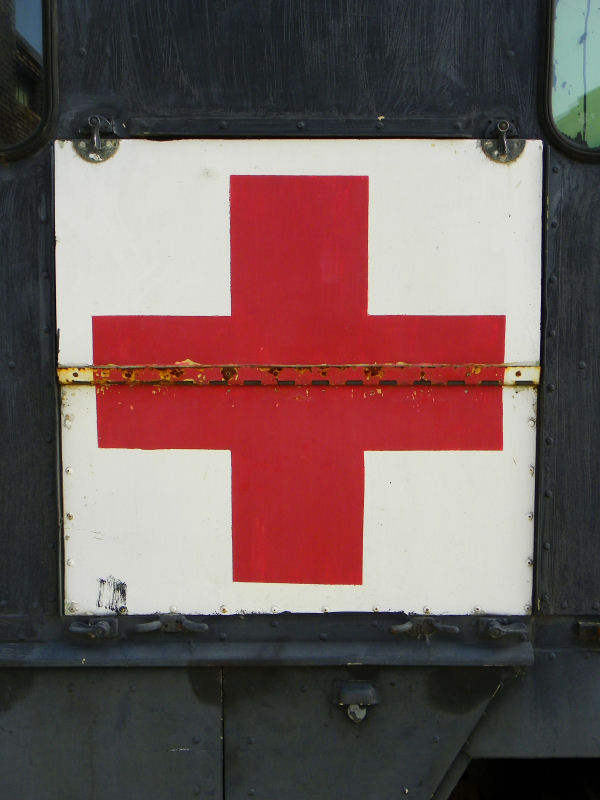 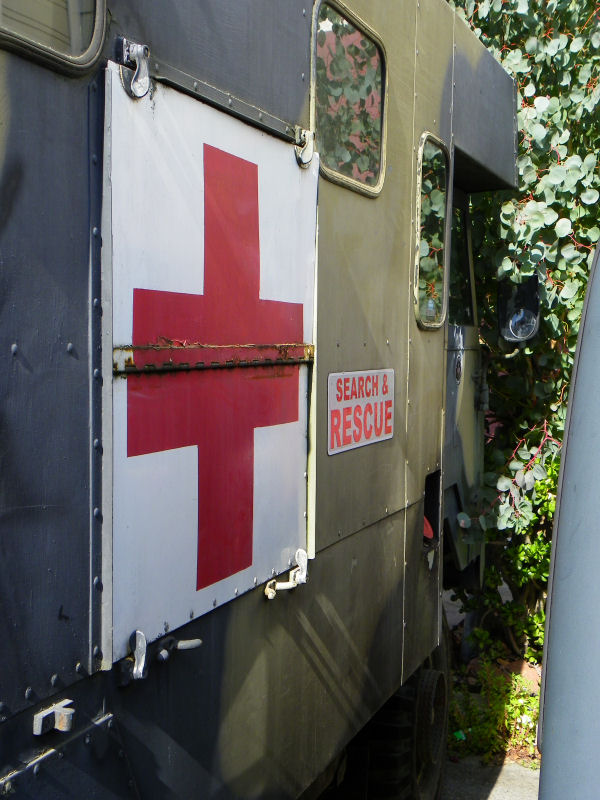 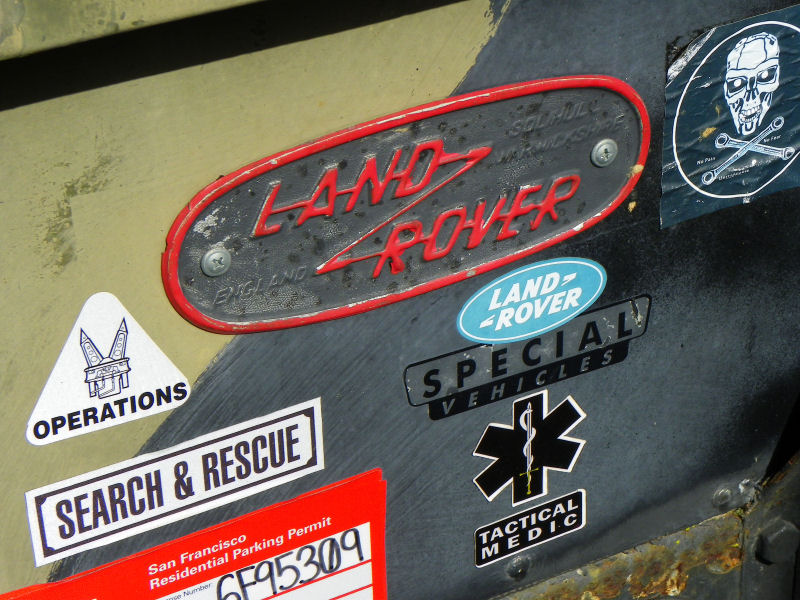 Land Rover built Rover V8-powered forward control trucks for the British military in a variety of configurations between 1972 and 1978. Many were used as gun tractors, radio vans or ambulances, and others were used for towing and support for Rapier missiles, radar and electronic warfare. The square shape allowed maximum space efficiency for transportation aboard cargo planes. The trucks lacked running boards but were instead designed with a treaded steel extension that juts out of the front wheel, known as a "wheel step" for assisting ingress and egress.
I don't know the year of this truck, but I assume that because there are no smog tests on record it's pre-1976. Calling it a '75 splits the difference between beginning and end of the production run. I'm also not sure if the camouflage paint job is original, or how much of the medical signage and gear attached to the body is original. Some of it looks a bit superfluous and cheesy to me, and detracts from the general badassness of the truck. From what I've read, the red light on top should actually be blue on a military ambulance. I wonder if it was changed to avoid confusion with an actual police or other emergency vehicle.
This is arguably one of the more unique vehicles currently living in San Francisco. Foreign ex-military trucks in the hands of civilians are an ironic choice in a peace-loving city like that, but they're there. I know of a couple of Pinzgauers and a curious Volvo C304 6x6 which sadly seems to have been abandoned. 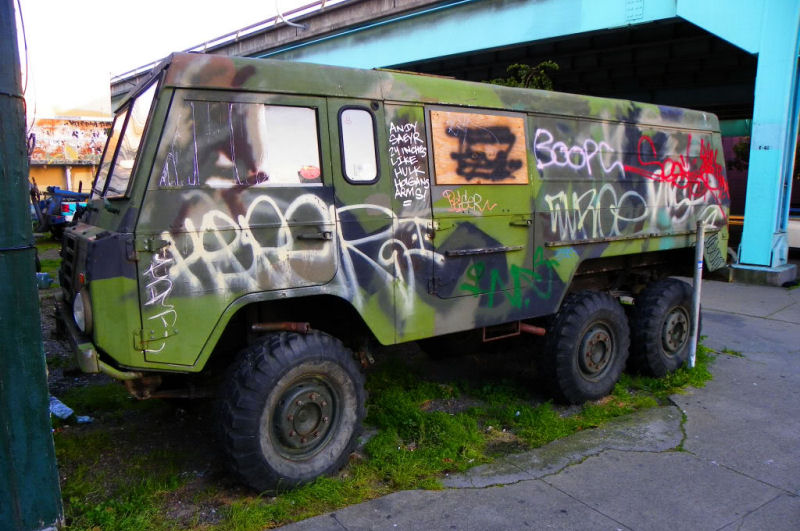 I wonder what else lurks in the streets of San Francisco.
Posted by Jay Wollenweber at 12:00 AM