I don't usually pay attention to recreational vehicles. They're typically a truck chassis with a bus-shaped fiberglass body that follows a similar general shape template across the spectrum for window and door placement and such. Manufacturers make their own "unique" styling touches like sculpted fiberglass front and rear fascias, fanciful graphics and off-the-shelf headlights and taillights frequently supplied by Ford or some other big car company. This motorhome throws much of that out the window. 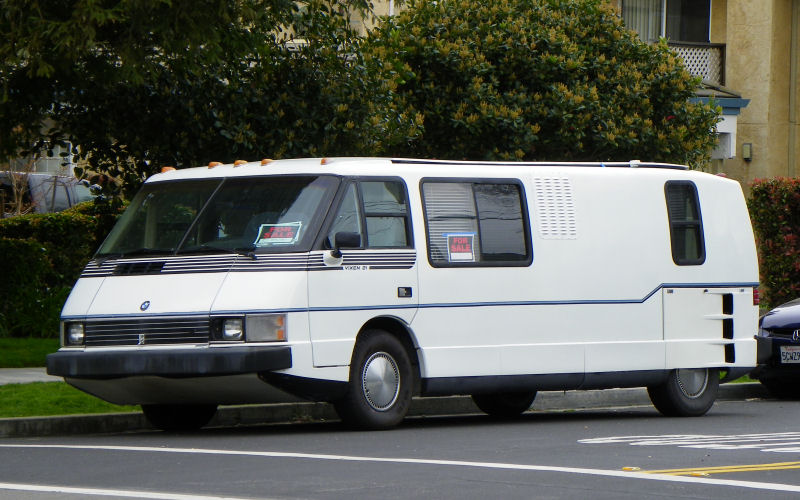 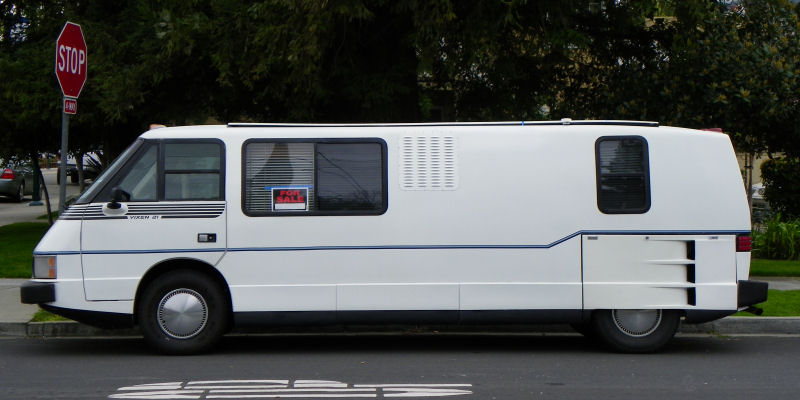 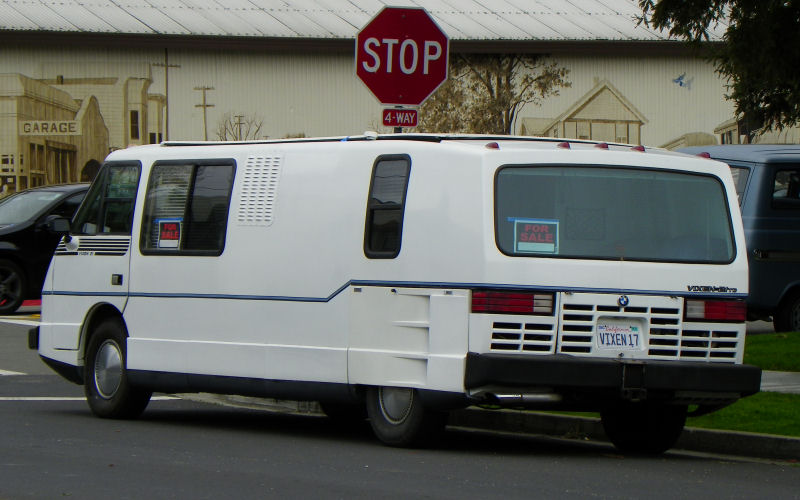 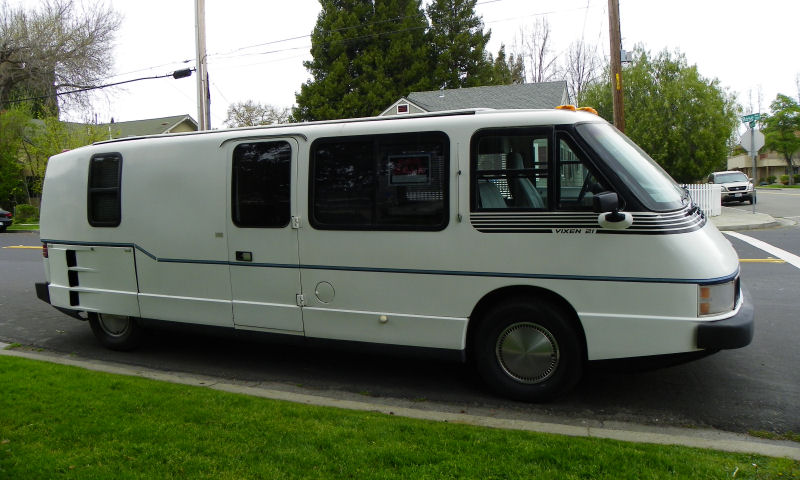 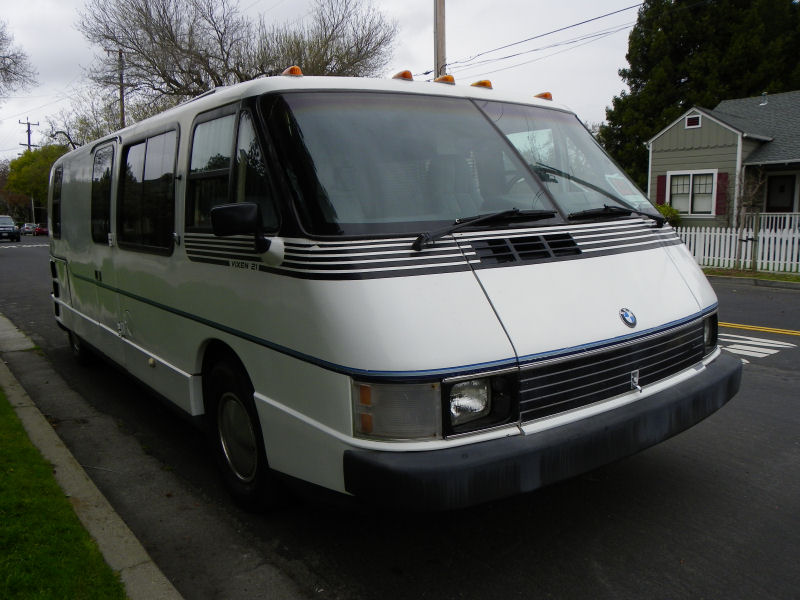 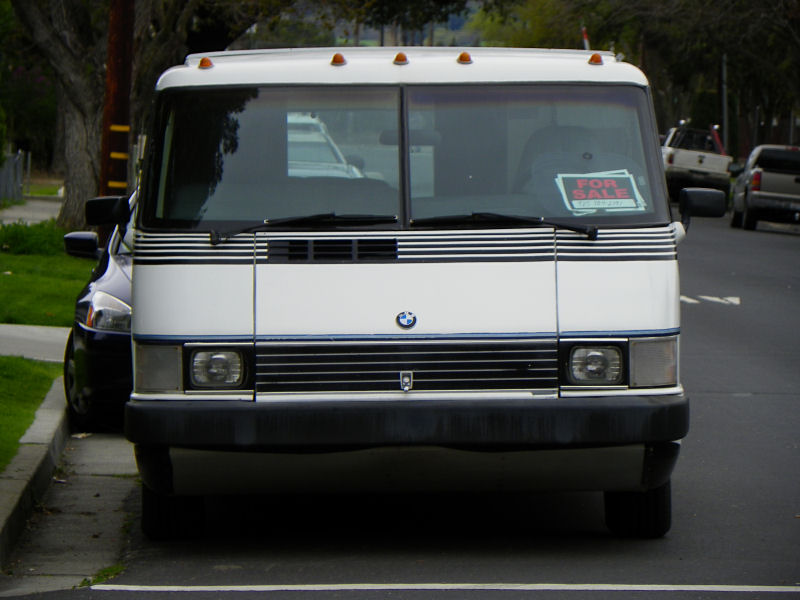 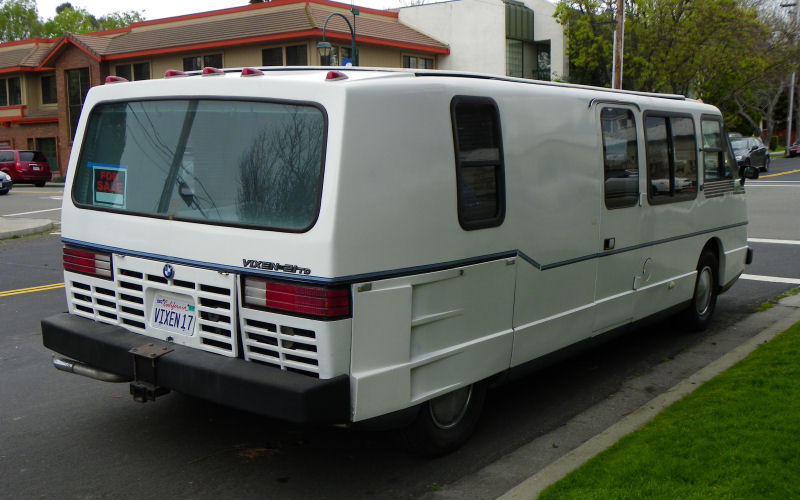 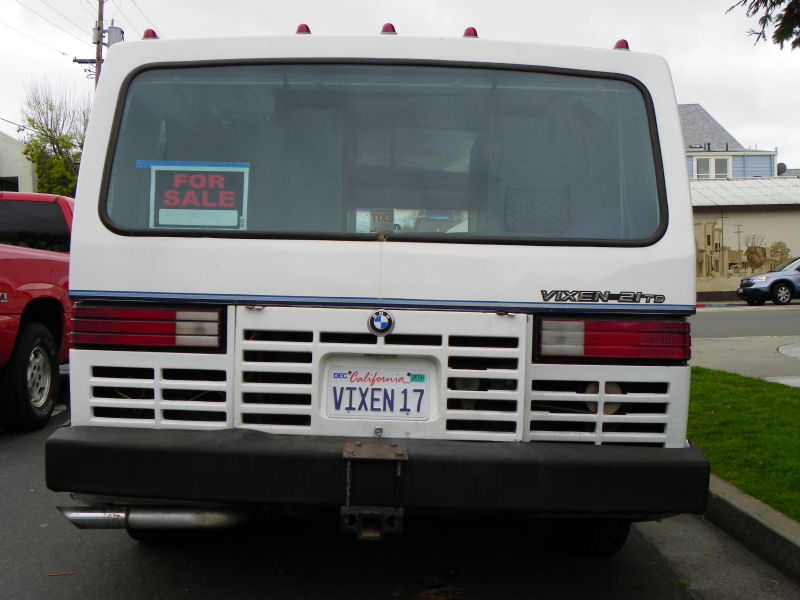 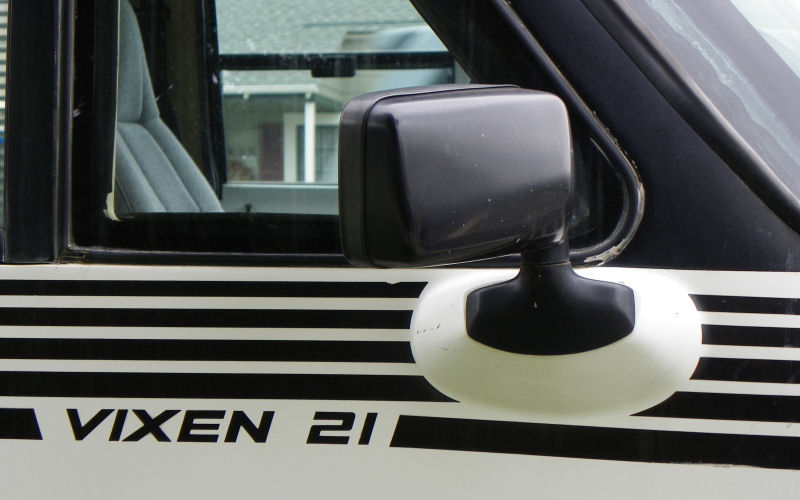 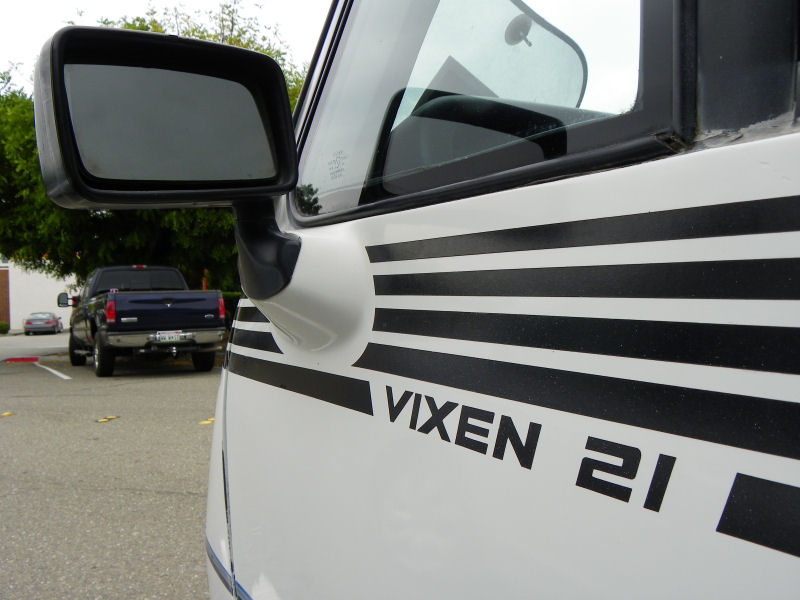 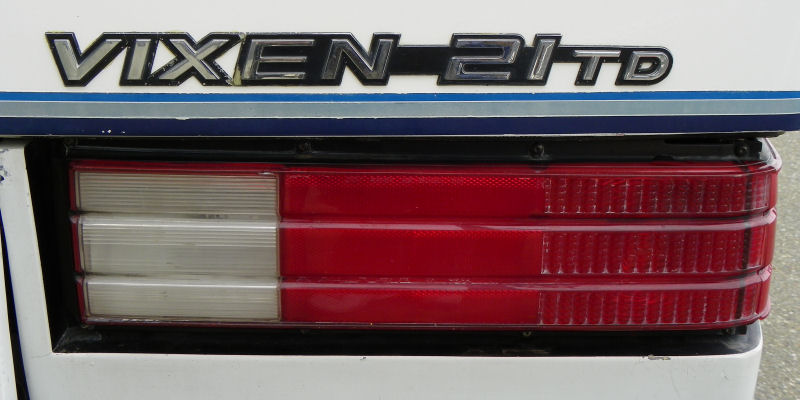 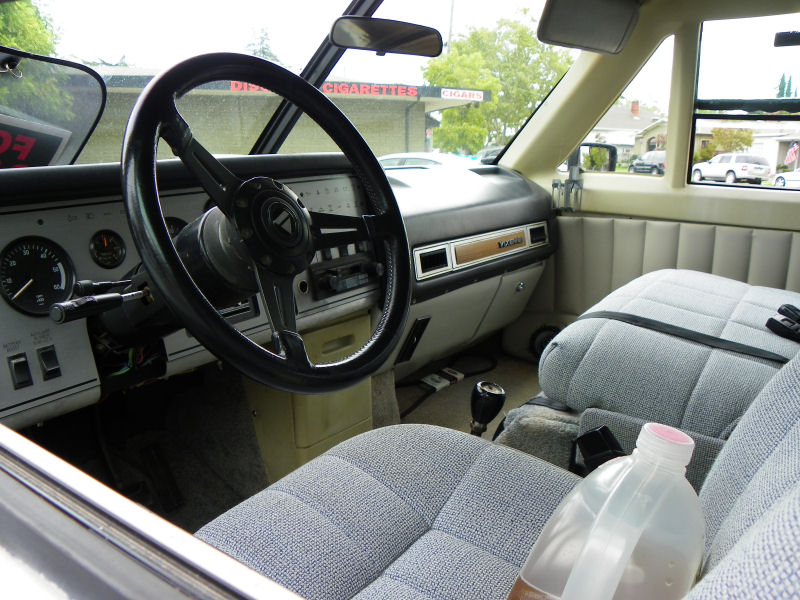 This is a 1986 Vixen 21TD. It was purpose-built as a more driveable RV, in essence the sports car of RVs. It uses a great deal of off-the-shelf components in its construction, but its overall look sets it far apart from other campers. The Vixen utilizes a 6 cylinder BMW turbo-diesel engine hooked up to a manual transmission and features a much lower, more aerodynamic profile and lower center of gravity than most RVs. If you need more interior space, the center roof panel hinges up on one side. The doors open like a regular van, with an additional side door for passengers entering and exiting at the camp site. The interior, too, is pretty normal looking. Overall length, as hinted in the name, is only 21 feet. A Chevy Suburban is 18 or 19 feet long, so the Vixen is likely easier to drive than your average RV and can be parked in many home garages. I do wonder about the usefulness of those tiny side mirrors, though. And yes, those taillights are from a Pontiac T1000/Acadian (the Chevette clone).
Where the Vixen comes up short, ironically, is in its size. I have a neighbor who entertains in his RV. He parks the big old bus in front of his house, invites friends over and has a party in the camper. You can't really do that in a Vixen so well. There just isn't enough room. You can't fit a queen size bed and a table and kitchenette and a bathroom in a small vehicle. Or can you? The Vixen does, in fact, have a table which seats four, with the front seats swiveling around to be used as chairs. It has a small bathroom cubicle with a shower, and it has a full-sized bed in the back. And it has a small kitchen with a stove, sink, microwave and refrigerator. How they stuffed all that kit in a vehicle slightly longer than a Ford Excursion must be a marvel of packaging. One wonders how much room is left for passengers. And then there's the whole look of it. People who want a small RV are probably going to buy one built from a Ford E-Series chassis van. The rest will opt for a full-size coach type RV. The tried and true American RV formula is ingrained in the population, whether it's a Winnebago or a Pace Arrow or a Holiday Rambler. There just wasn't much room in the market for an exotic BMW-powered turbo camper with a manual transmission. Given that 90% of cars on American roads are automatics and a lot of people can't drive stick, that greatly limits the market right there. In later years, the Vixen company changed their product format to make it more mainstream, but the writing was already on the wall. Only 578 Vixen motorhomes left the factory between 1986 and 1989, of which a little over 300 were 21 TD models.
Today, Vixens are very rare and no two that I've seen pictures of (because I've only seen the same one, twice) are exactly alike. This one is only the 17th Vixen built. The owner had been trying to unload his or her rig for a while at the time this was photographed; I saw it parked a couple blocks outside two separate car shows during a six-month period with for sale signs on it. That accounts for the photos in two different locations. I must say it's not my cup of tea stylewise but this Vixen's been cared for during its life and I hope that whoever owns it now takes good care of it as well.
Posted by Jay Wollenweber at 12:00 AM