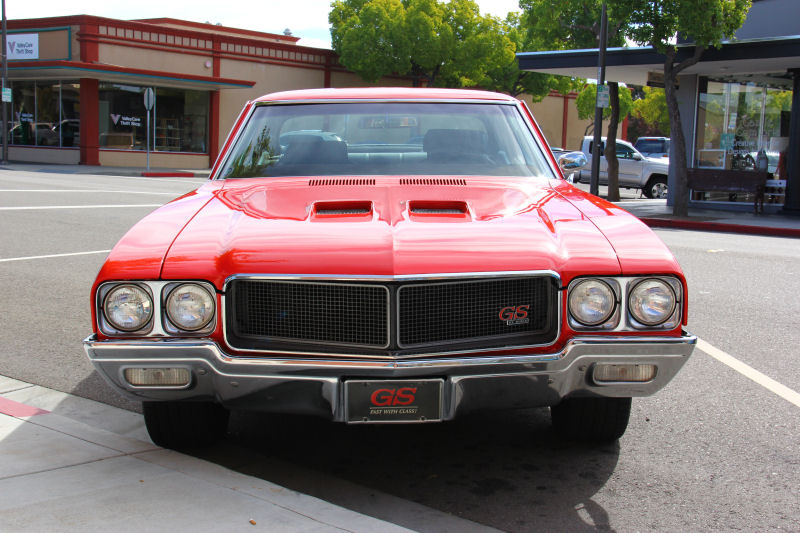 Each year for the 4th of July I like to celebrate America's Independence Day with a special feature. This year we're doing American muscle and sports coupes in red, white and blue. First up, a 1970 Buick Gran Sport 455 in glorious Fire Red. 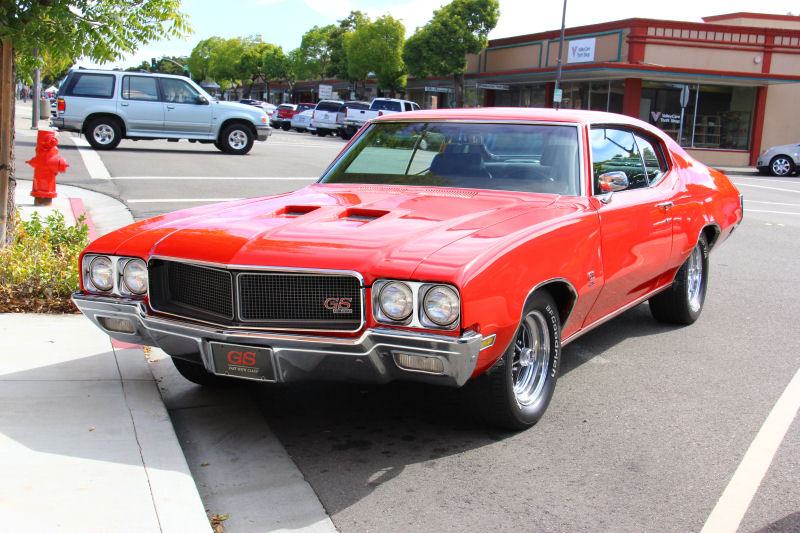 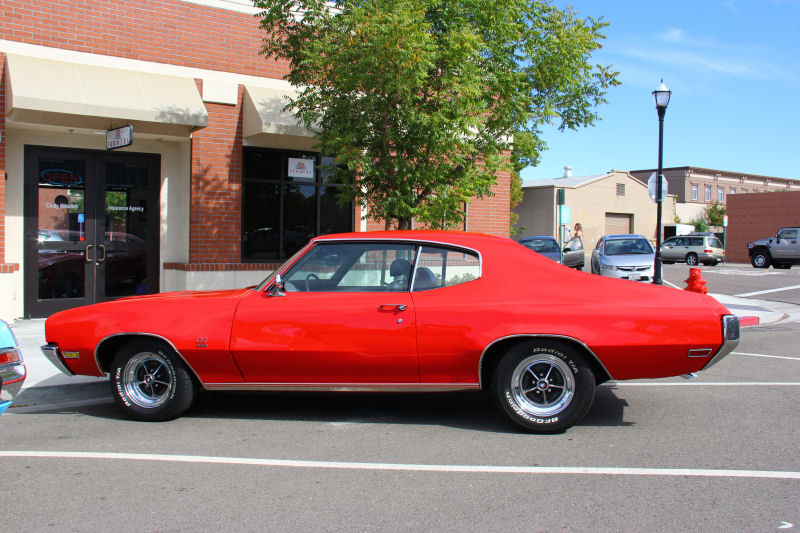 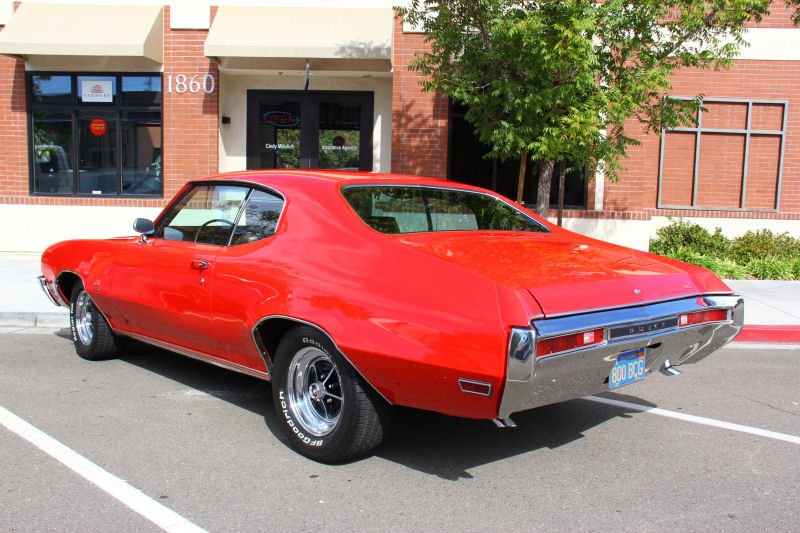 The Buick Gran Sport line was the extra-strength form of the popular Skylark, Buick's version of the midsize A-body platform shared with the Chevrolet Chevelle, Oldsmobile Cutlass and Pontiac Tempest. Buick had introduced a new body for the Skylark for 1968, and for 1970 it was refreshed again with a new side window shape and new body sculpting that eschewed an S-shaped swoop from the front fender to the rear, as well as removing the flat rear fender arch for a more rounded one. The new car received a muscular bulged crease just above the rockers. The new car looked more modern and less like the baroque fullsize Buicks. 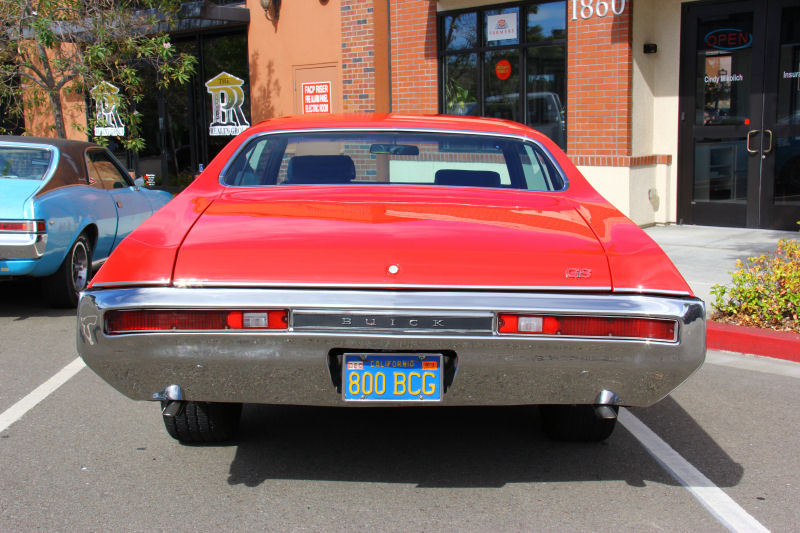 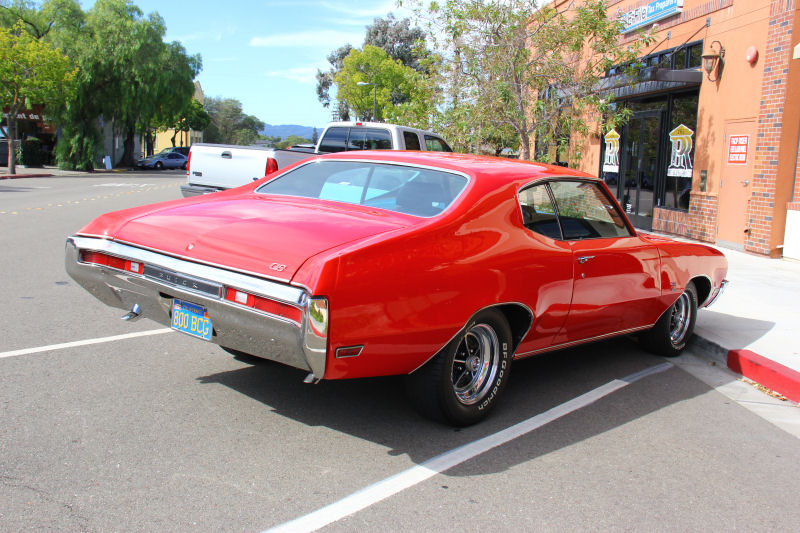 But the biggest news was under the hood. Buick had introduced a new 400 cubic inch V8 in 1967 to replace the old 401 Nailhead. The GS 400 was rated at 340 horsepower stock. It only got wilder from there with the Stage 1 option in 1969 that produced 350 horses. That wasn't enough as the muscle car wars heated up. For 1970 Buick dropped in a 455 cubic inch V8 making 350 hp, and FIVE HUNDRED TEN lb/ft of torque. Stock. In a Buick. The iron-block 455 was designed with new thin-wall casting technology that allowed it to weigh less than Chevy's 454 big block. The result was a muscle coupe, with all the cushy trimmings Buick was known for, that weighed slightly less at the curb than a comparable 1970 Chevelle SS 454 hardtop. I'm not sure how much difference 30 pounds makes in a stoplight drag race, but the fact remains.

If that still wasn't enough, buyers could still opt for the Stage 1 option with a four-barrel Rochester Quadrajet carburetor that managed to squeeze out an additional 10 horses for a total of 360. The only Buicks making more power that year were Rivieras and giant models like the Electra 225, which desperately needed that oomph to motivate their 4200-4500-lb masses. This year was pretty much the pinnacle of Buick's muscle-car aspirations. The rare GSX was the ultimate Skylark in 1970. It was an option package on the GS 455 and featured special black stripe graphics, a spoiler, a hood tachometer and numerous standard features like bucket seats and limited-slip rear end. 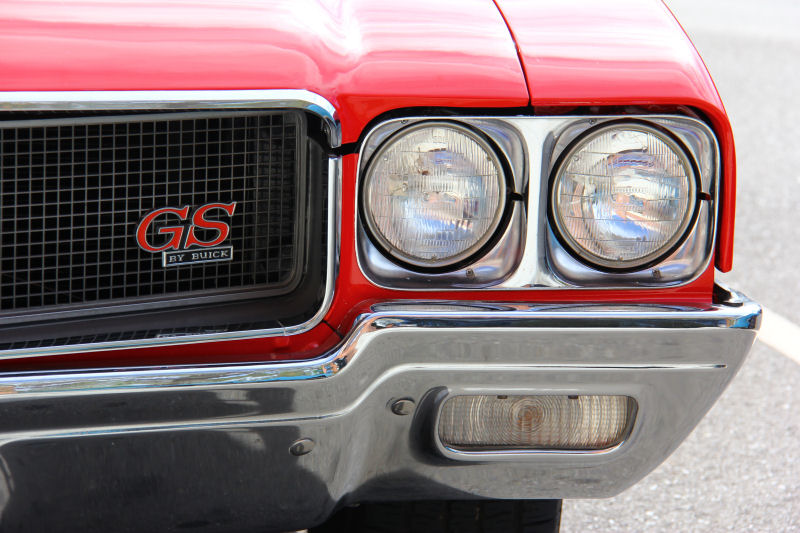 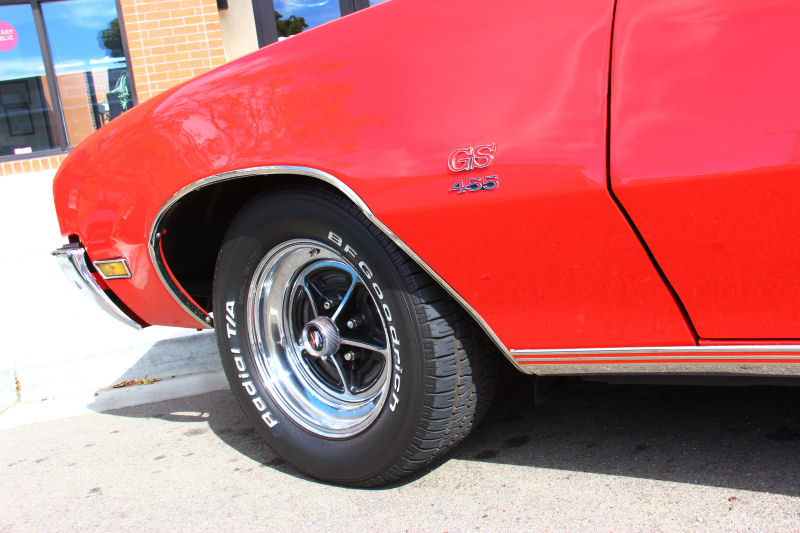 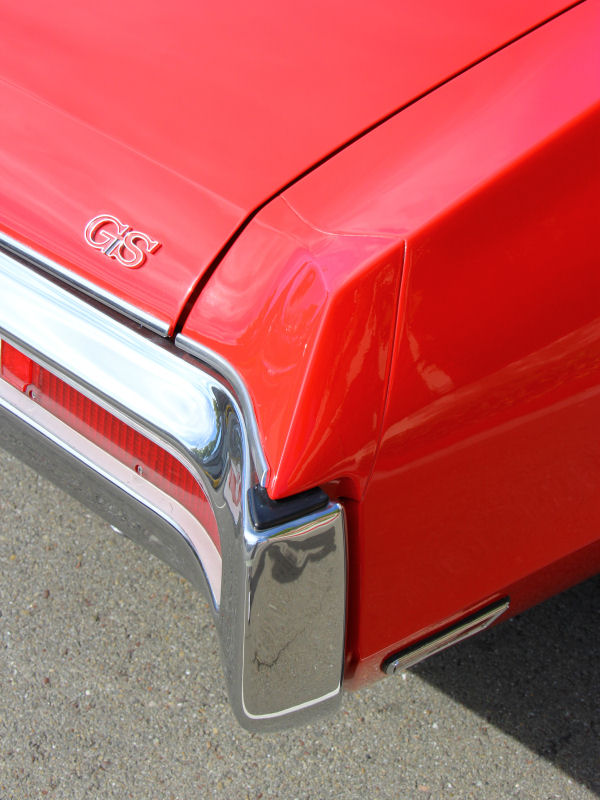 Things went downhill from there. The industry slid as the 1970s dawned, with government regulations pushing manufacturers to lower compression ratios, make better fuel economy and emissions numbers, and then the OPEC gas crisis of 1973 put another nail in the coffin of muscle cars. But the cars that came before still exist, and they are awesome.

This an old shoot of a fantastic car. Long-term readers may recognize the 1969 AMC Javelin SST parked next to it. Honestly, and no offense to any regular Skylark owners of this era, but I find the regular Skylark eggcrate grilles to be the least attractive part of those cars. The split mesh GS grille is just a cleaner, classier appearance to me. And given how many regular Buicks of this time period were painted bland neutral colors and earth tones, if you want to make a statement, paint it red. Or yellow. Ask any GSX owner about that. And I love the front license plate on this car that just sums it all up. Fast, with Class.