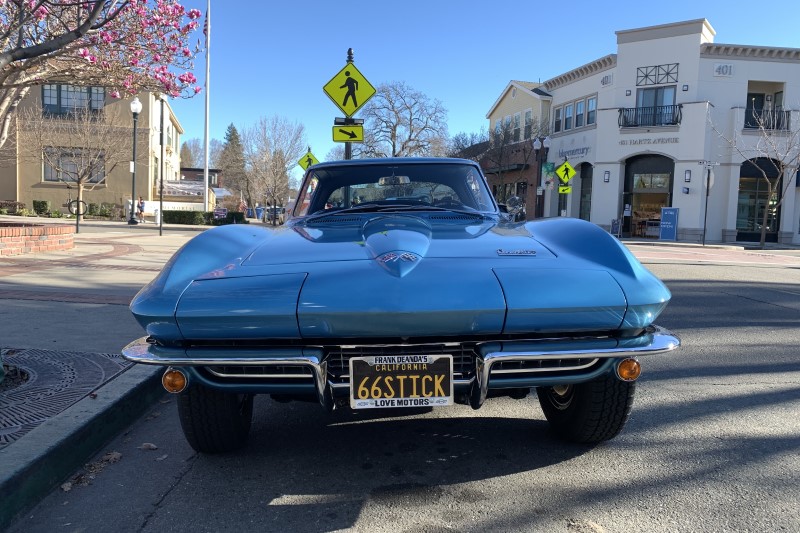 Each year for the 4th of July I like to celebrate America's Independence Day with a special feature. This year we're doing American muscle and sports coupes in red, white and blue. Rounding out our assortment today is a 1966 Chevrolet Corvette Sting Ray coupe finished in beautiful Nassau Blue metallic. 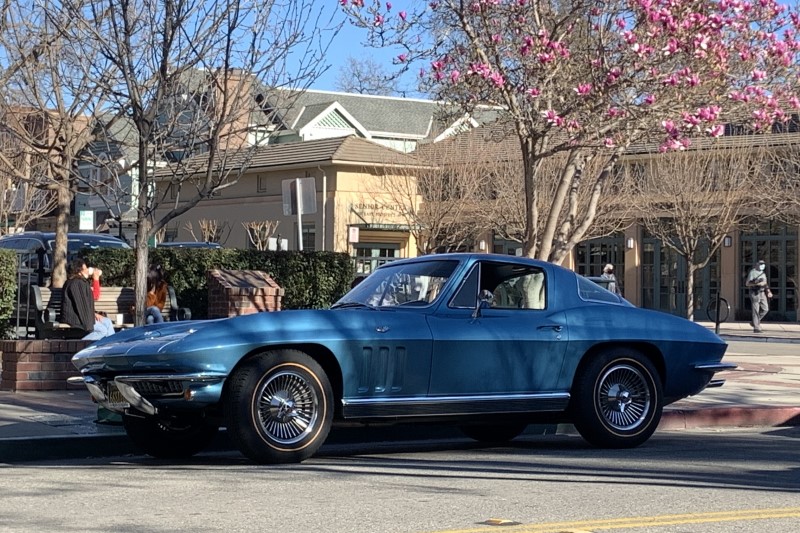 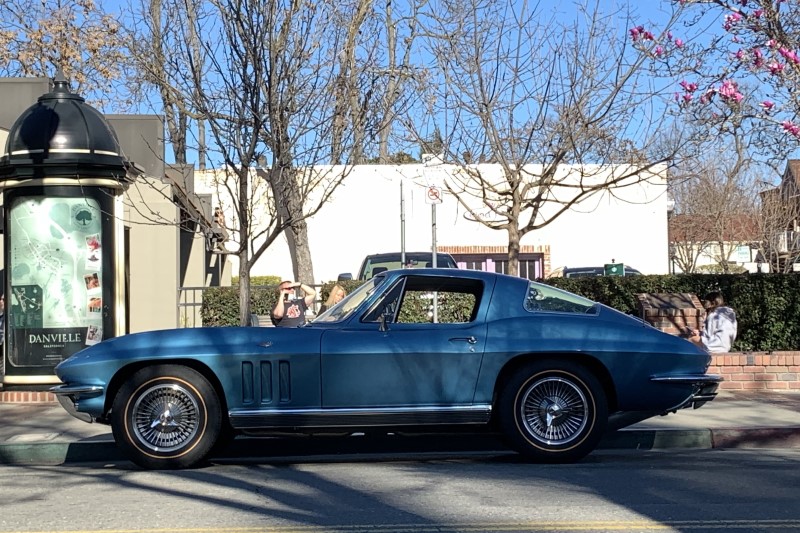 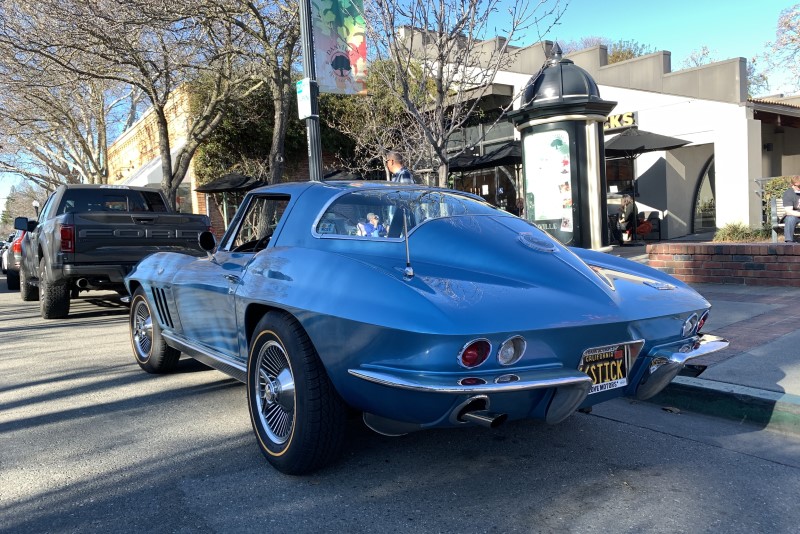 Many moons ago, my uncle owned a blue 1967 Corvette. So I have always had a soft spot for the C2 generation Sting Rays, especially in shades of metallic blue. This one absolutely caught my eye and I had to stop. 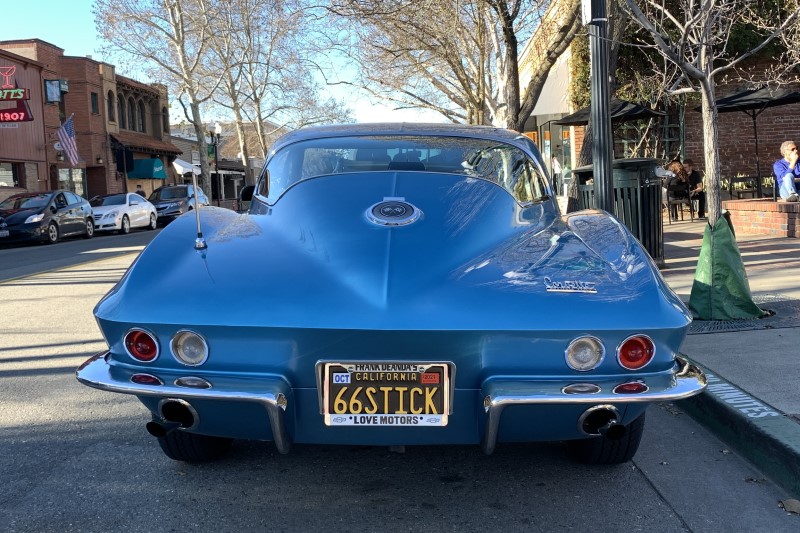 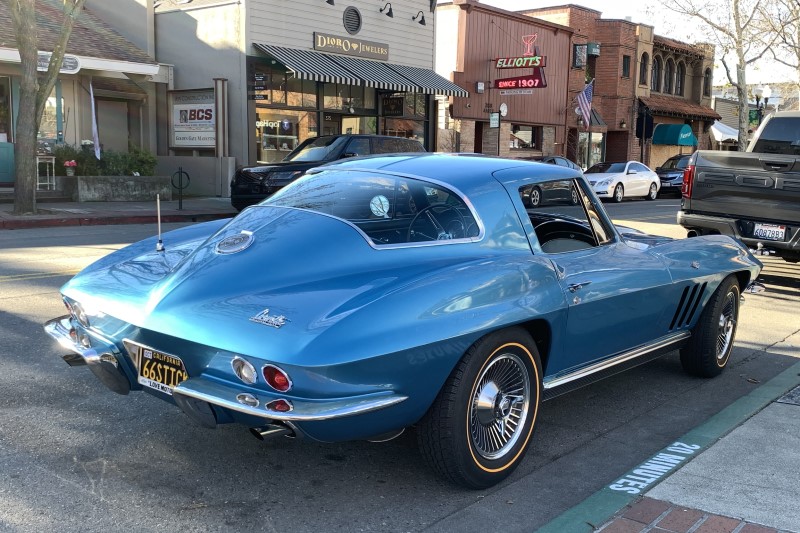 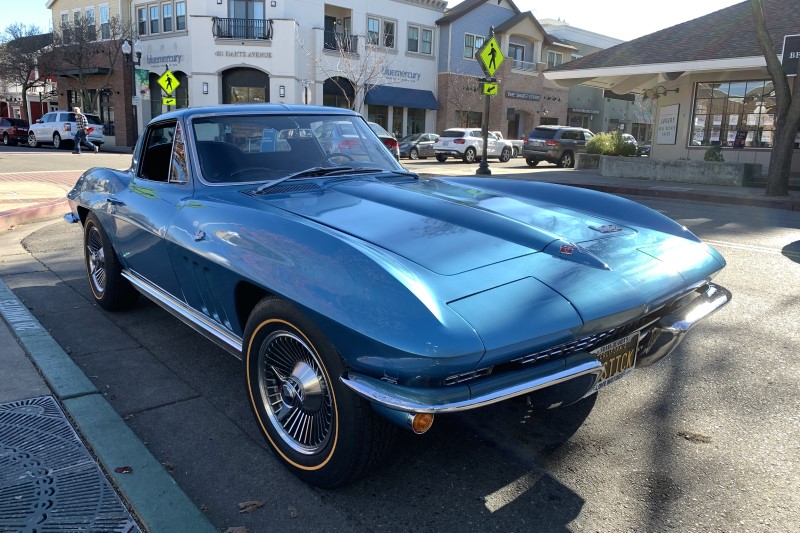 The 1966 Corvettes were another evolutionary step in the C2 generation. Engine options included the standby 327 small block V8 that had been around since 1961, available in two flavors producing 300 or 350 horsepower. New for '66, replacing the optional 396 from the prior year, was a new 427 cubic inch V8. This new big-block engine could be had in two different forms, producing between 390 and 425 horses. Unsurprisingly most Corvettes were manual cars. Standard transmission was a three-speed stick, with three different grades of four-speed optional depending on power output of the engine selected and how much noise you were willing to endure (customers were actually discouraged from ordering the heavy-duty, close-ratio 4 speed for road use). A PowerGlide automatic was available but only on the lowest-output 327s. 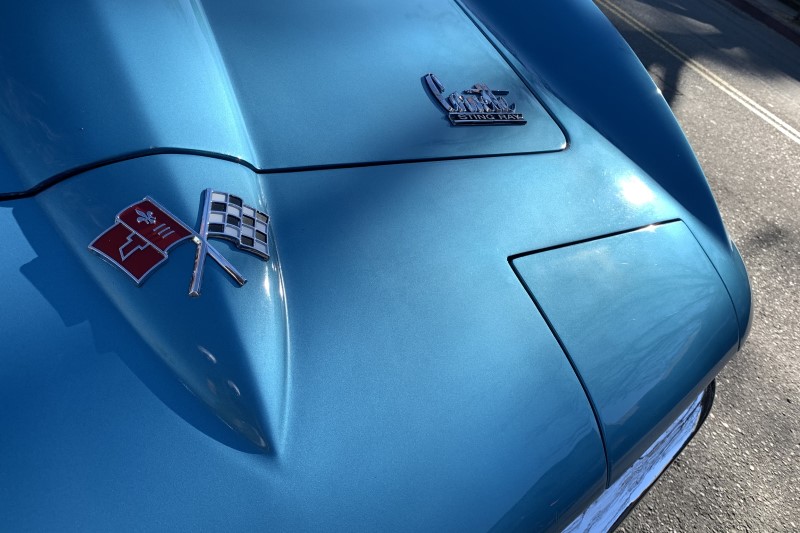 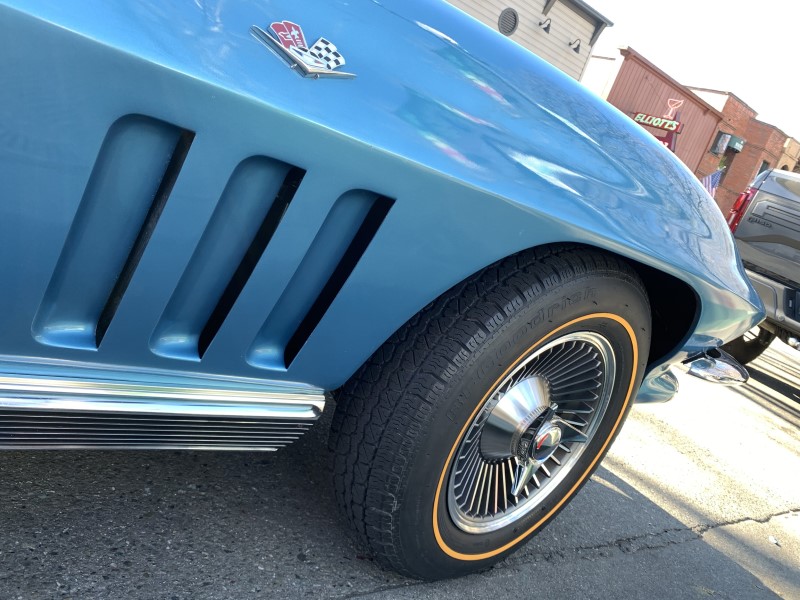 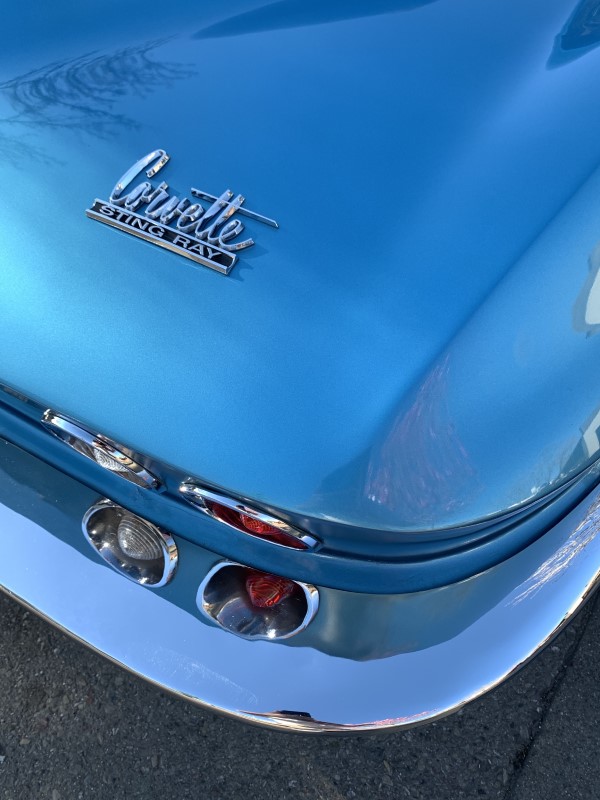 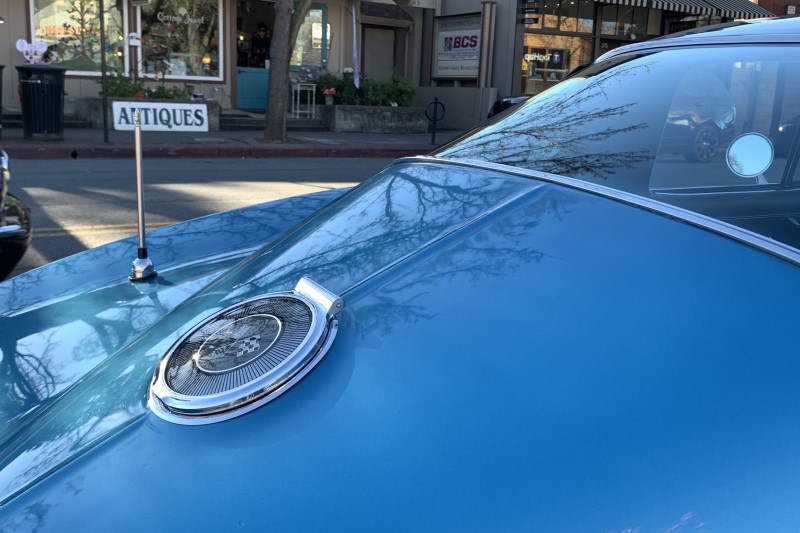 Nassau Blue metallic was a carryover color from 1965 and it was by far the most popular paint option that year. One in four '65s were painted that color. It was the same story for 1966, making up 22% of all production that year. And I can't argue with that. Applied to these lines, it absolutely pops.

I assume that without a hood bulge, this car is a small-block 327, and the license plate hints at the four-speed manual transmission. I would have liked to take a little more time to capture the details, especially the interior, but I didn't want to give anyone outside the Starbucks the wrong idea about my intentions. The C2 Corvette is just a gorgeous car in all its forms.

Posted by Jay Wollenweber at 2:00 AM