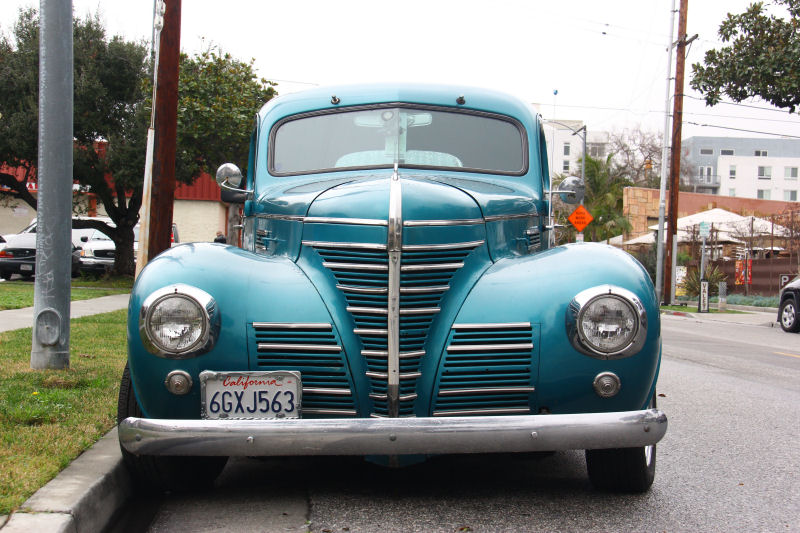 Super Bowl weekend, 2017. I took a trip down to Universal Studios Hollywood for my first visit to the theme park. I stayed in the Glendale area, a fairly quiet place known in large part for Forest Lawn Memorial Park cemetery. While driving around town I happened upon this mild custom 1939 Plymouth P8 two-door Touring Sedan. 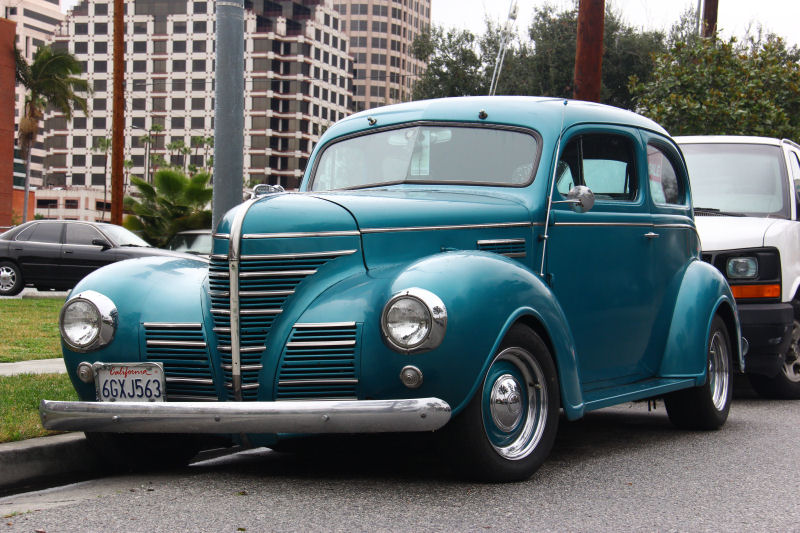 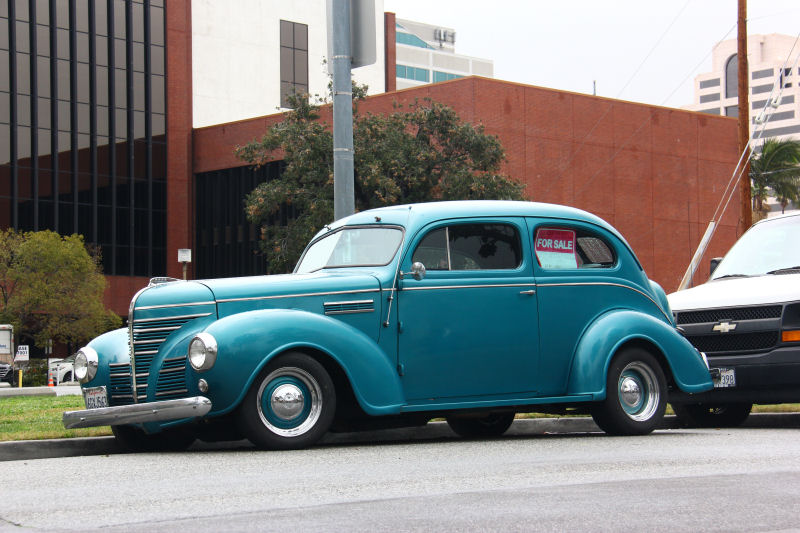 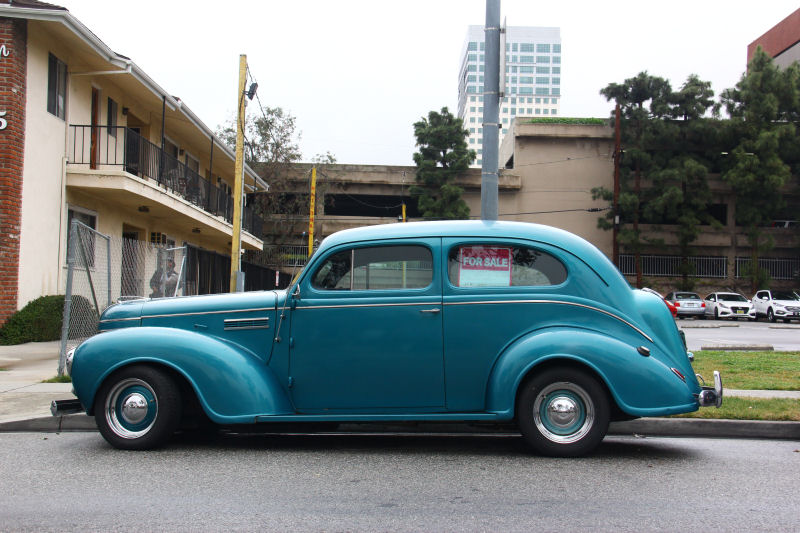 I have long had a soft spot for the 1939 Plymouth lineup. I like their front end styling, which is rather unique for its time. Many such Plymouths are known for their one-year-only square headlamps. I have found a number of pictures of '39 Plymouths with round lamps as seen on this car, in a variety of bezel styles. I have to assume some of them are custom since original lenses are probably hard to find. Some sources I found described that a law was passed in 1940 requiring all new American-made cars to use round sealed-beam lamps. Multiple companies during the era sold retrofit kits that allowed owners to bring their cars up to the "current" style. 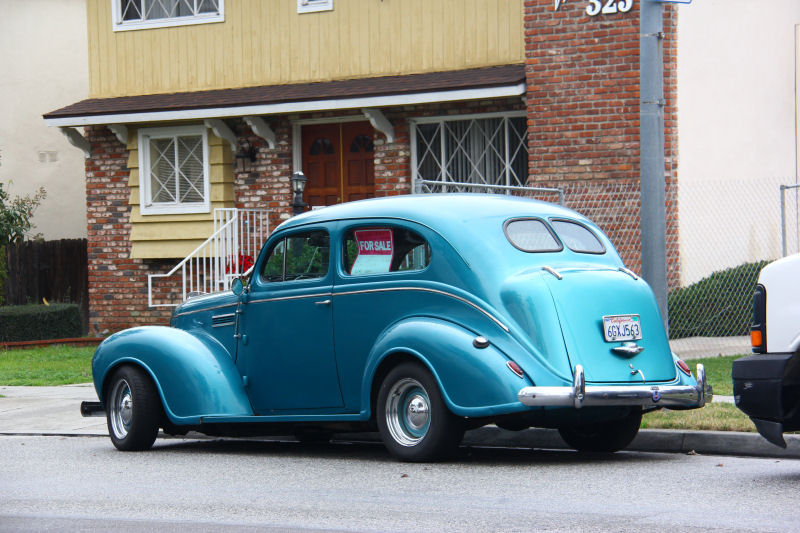 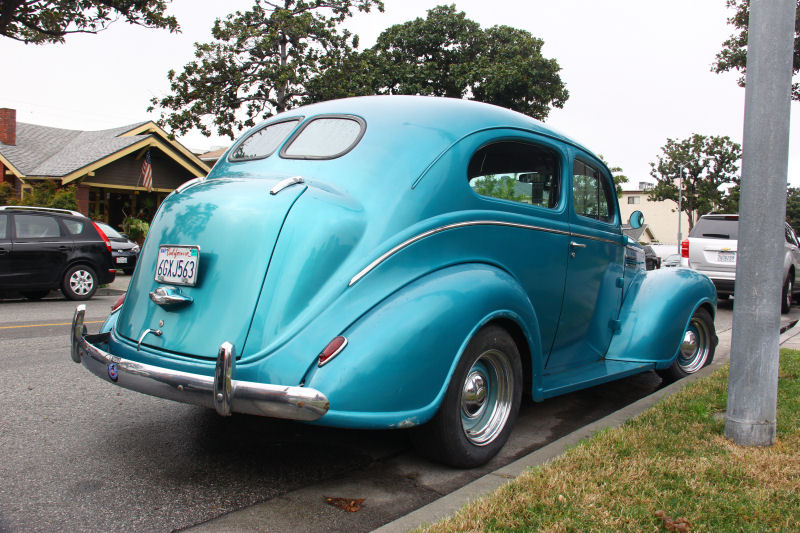 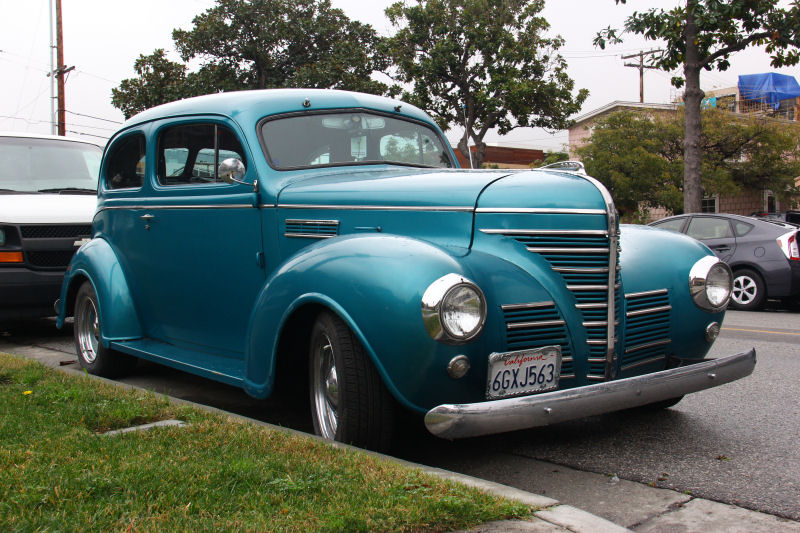 Plymouth offered two main lines that year, the P7 Roadking and the P8 DeLuxe. Both models rode on the same standard 114-inch wheelbase and included monochromatic body finish and a 201 cubic inch straight six engine. Independent front suspension was added. Roadkings had a floor shifter while DeLuxes got a column shift. This was the first year Chrysler offered cars with the lights mounted flush instead of on top of the fenders. The traditional Mayflower ship motif was prominent in the cars' badging. Two- and four-door sedans were available as sloped fastbacks or trunkback "Touring Sedans". The Roadking was advertised as a well-equipped value in the low-priced field, having most of the items on a selective list of features included in luxury automobiles like Cadillac or Chrysler's own Imperial. Things like a full syncromesh transmission, full body rustproofing and "Radio Studio" sound-deadening body insulation. The DeLuxe was even better equipped than the Roadking, with such luxuries as swing-out vent windows and a higher-compression engine. A radio was still optional. 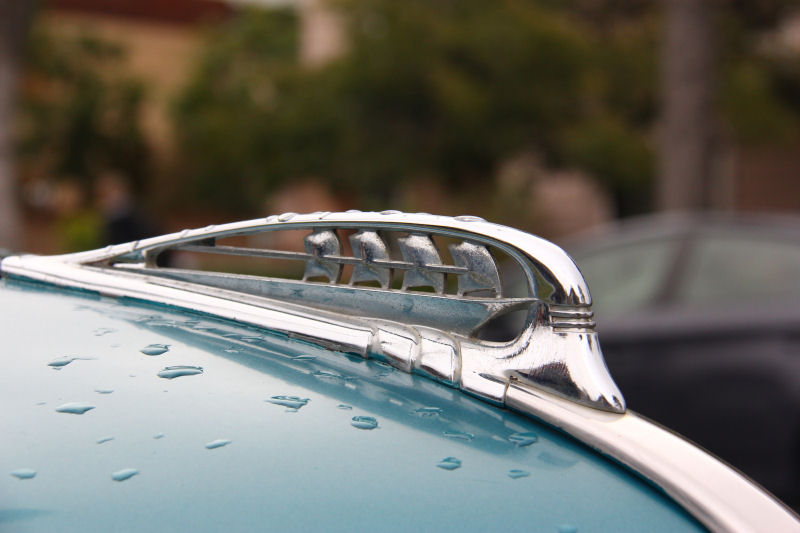 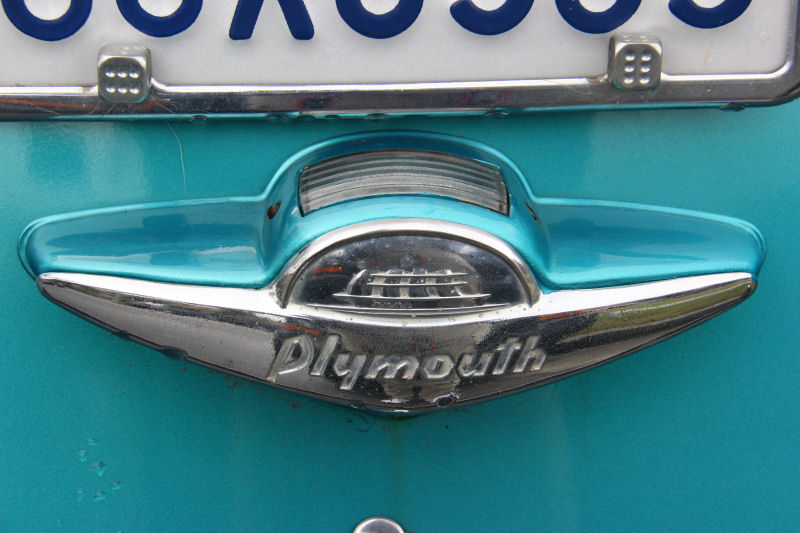 I initially thought this car was a Roadking but the vent windows suggest a DeLuxe, so I'm going with that. What powers it is something of a mystery to me. The for sale sign was cryptic at best, describing the powertrain as a "V8 5.3 Gugar engene" and automatic transmission. I have no idea if they mean that it's a 302 (5.0 liter) or 351 (5.8 liter) out of a Mercury Cougar or a 5.3 liter GM unit. This car's front turn signals and secondary windshield wiper appear to be added, a useful feature for safety. The color the owner chose is quite fetching in my opinion. It needed some attention, some trim bits were missing but the body was solid and shiny. I hope it found a good home.