Today marks the tenth day of the fabled countdown to Christmas. 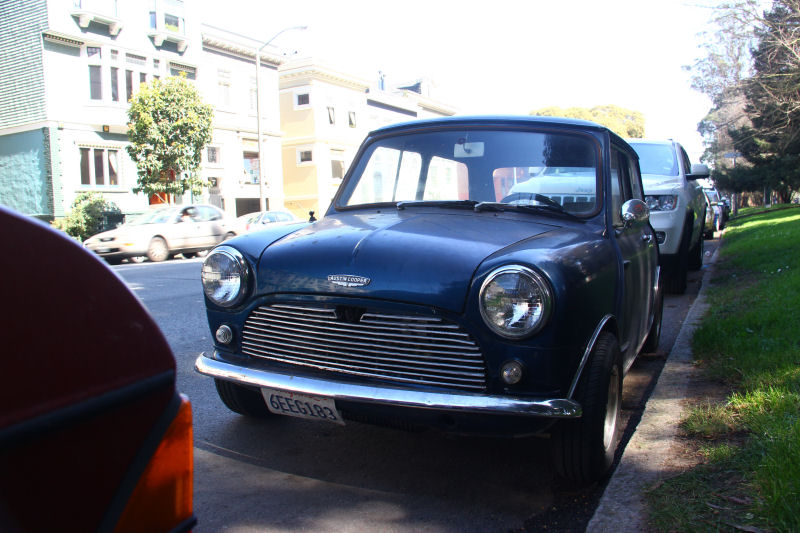 We’ve looked at quite a few classic Minis on California Streets over the years. I remember the first Mini post nearly a decade ago, which lumped together three cars into one post. I used to snap pictures of cars all over the place but usually only one or two at a time and rarely more than five. That was before I started this blog. My informal guideline for myself is that fewer than five photos of a subject is not enough for a post here. Fortunately, thanks to reader feedback, I now try to capture as full a walk-around as I can. It can be a little difficult on a busy street, especially a one-way job where people park on the left side so I can’t get my customary left profile shot. Luckily this Mini was parked along the Panhandle park just east of Golden Gate Park, so I could still photograph the left side on public property. You'd think it would be easier to photograph a car only ten feet long! 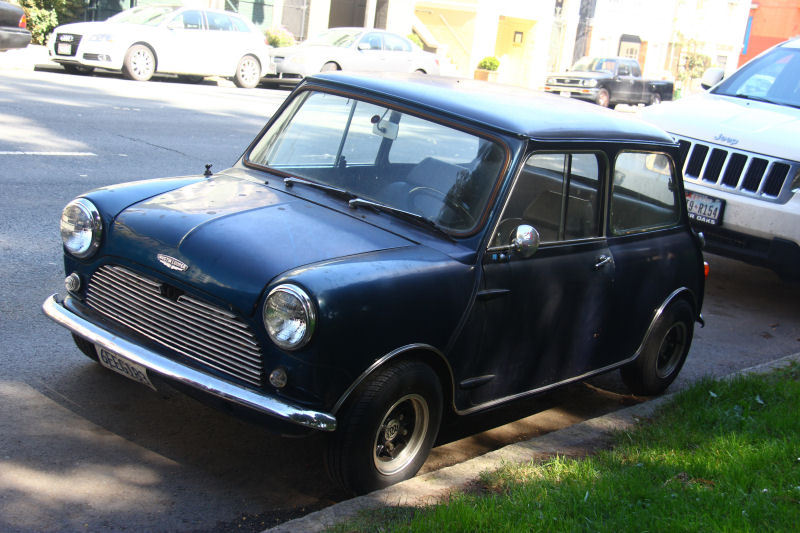 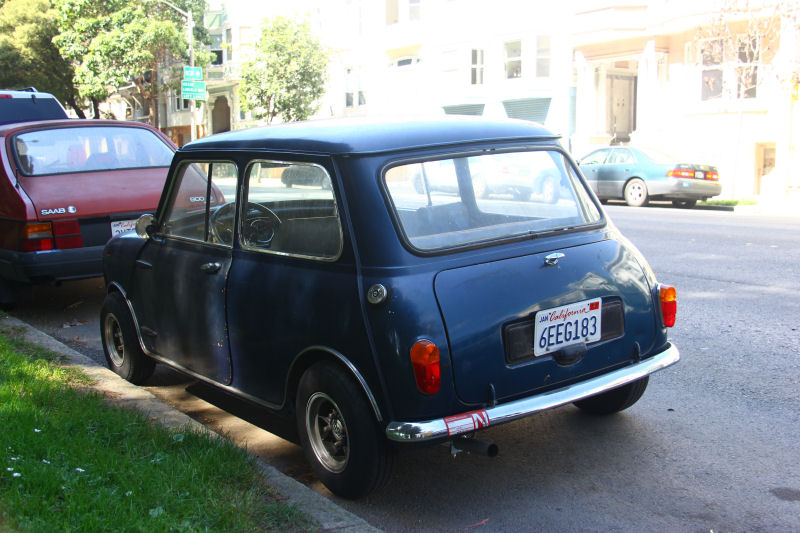 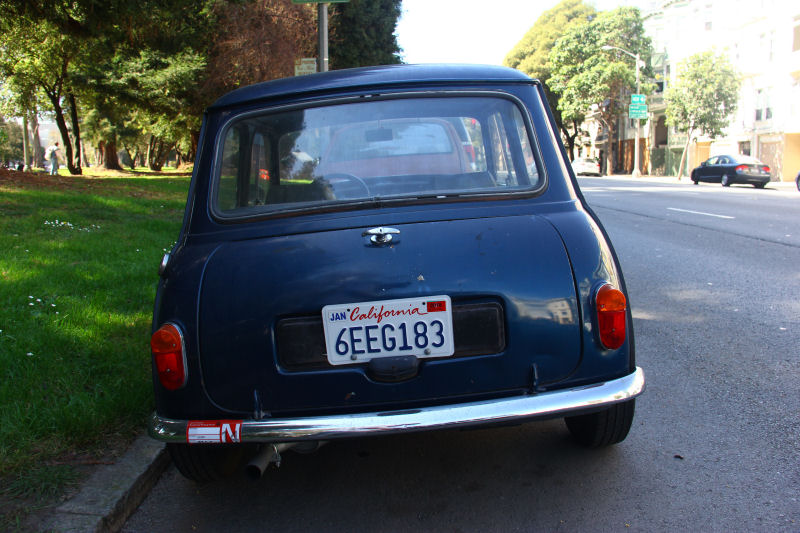 One of the curious things about old Minis is that since they were made for over 40 years, and are popular for modification, it can be challenging to accurately date one. They’re relatively rare cars in the US so parts get mixed and matched, upgraded or modded over the years. 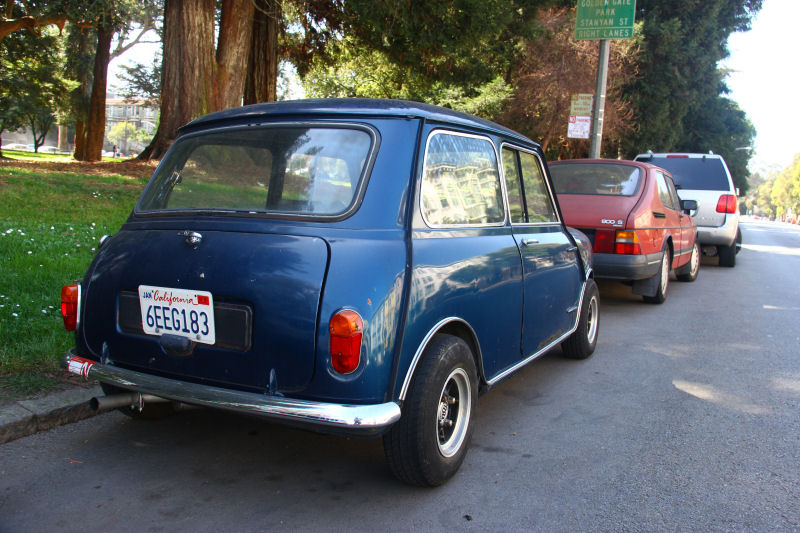 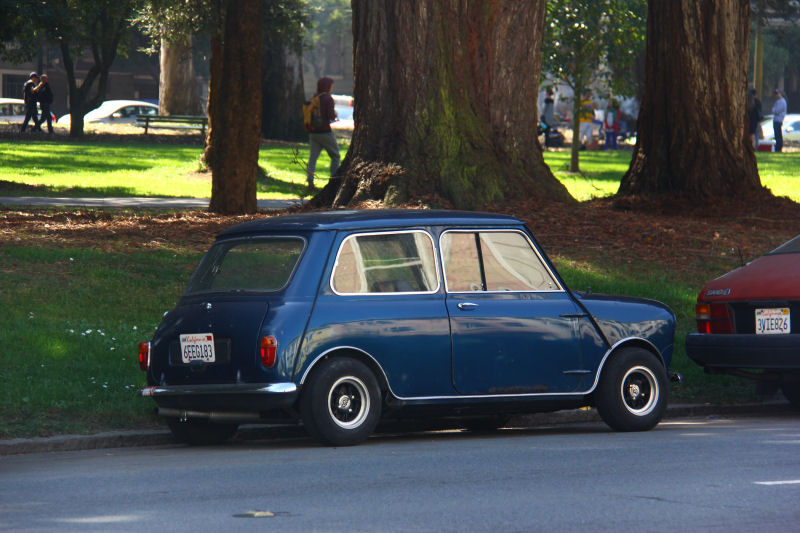 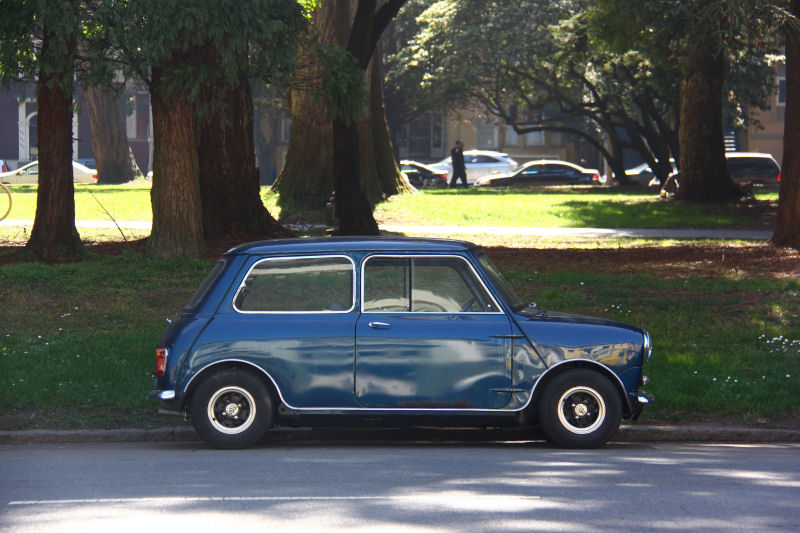 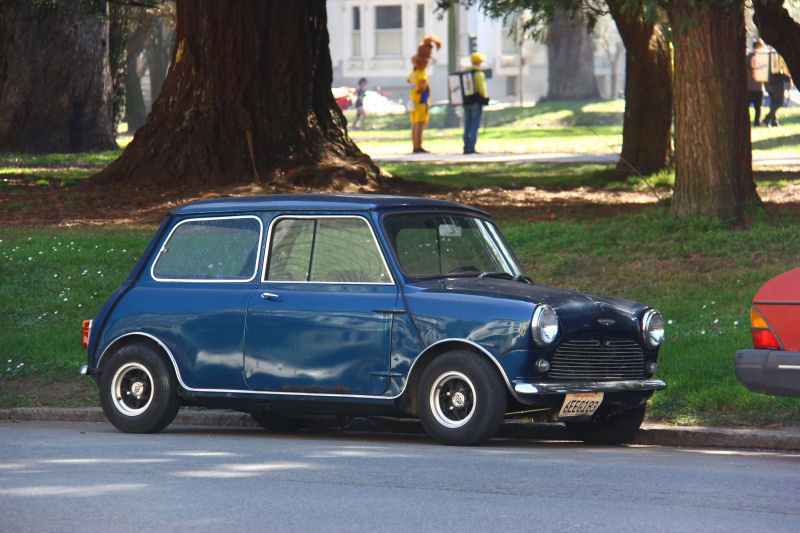 I have no real idea what year this car is, but it looks like a mid-to-late Mk1 series car. I'll hazard a guess around 1965 until someone more knowledgeable corrects me. It has small taillights, exterior door hinges and sliding windows. It does not have the "safety boss" added to the door handles for 1966. Badging identifies it as an Austin Cooper and it's left hand drive with clear front turn signals and amber rear turn signals, which I believe make it an original US-market car. Early US Mk1s had all-red taillights. Ten-inch Mamba wheels finished in black with a bright lip are a vintage touch that I think you can still buy new. The center cap is perhaps the most interesting part of the car for me, since it looks properly vintage and is labeled with "Halifax, England", where the wheels were made. Later Mamba wheel center caps just say "Mamba, Of Halifax" and I can't find other photos of this exact older version online. 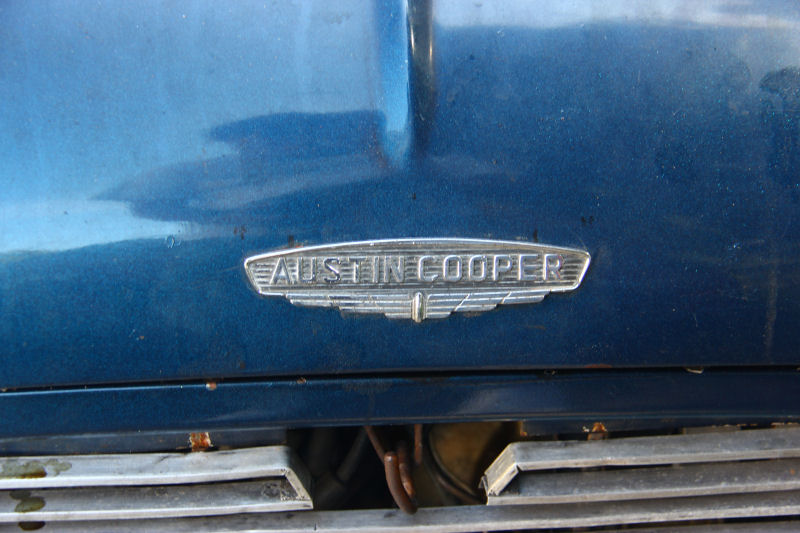 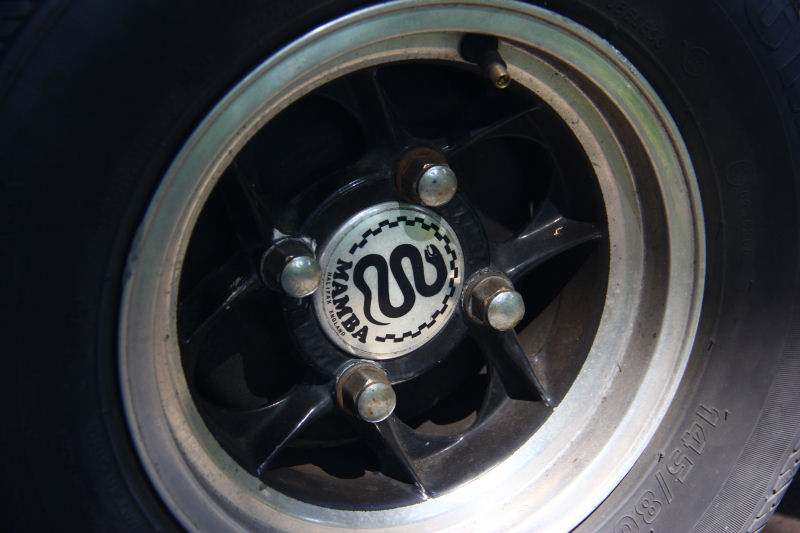 I like the subtlety of this car. It needs a fair amount of work but I do like the solid metallic blue color and the wheel choice, without resorting to the good looking but cliched option of white roof and hood stripes as seen on... oh, every other Cooper and non-Cooper ever made whether they came that way or not. A lot of original Coopers never had stripes, fender flares and all that other fun stuff associated with them. And no Minilites! Everybody loves Minilite style wheels on old Minis, but it's refreshing to see something different.

Anyone who can further narrow down the age or provenance of this Mini is welcome to comment!

Photographed March 2015
Posted by Jay Wollenweber at 12:00 AM