On the first day of Christmas, my true love gave to me: a partridge in a pear tree.

The holiday season is once again upon us and I've utterly and completely failed to keep this site updated, so here's a little treat for my readers.
On this first day of Christmas, my archives give to thee, a Park Lane down on the street. 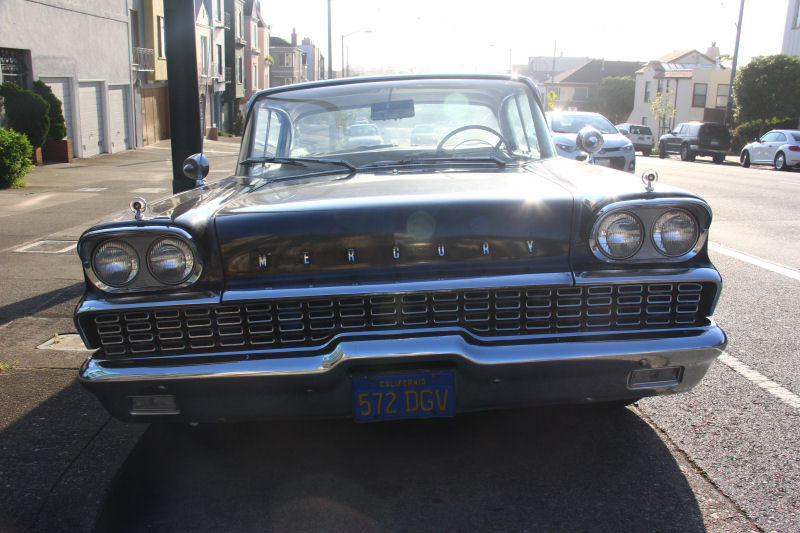 It's been a long time since I featured one of Fifties Guy's cars here, long enough that I think he actually sold this one before I got around to writing something about it. But I have these photos, and it was one of my favorite subjects from his collection. 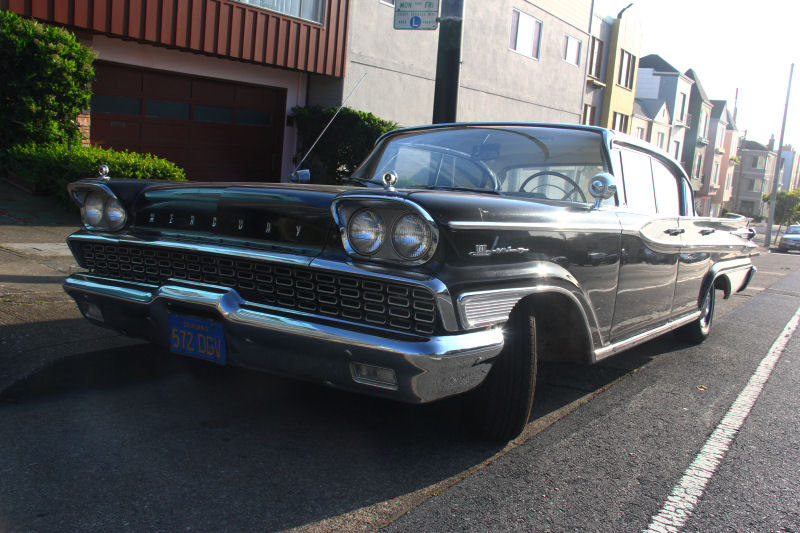 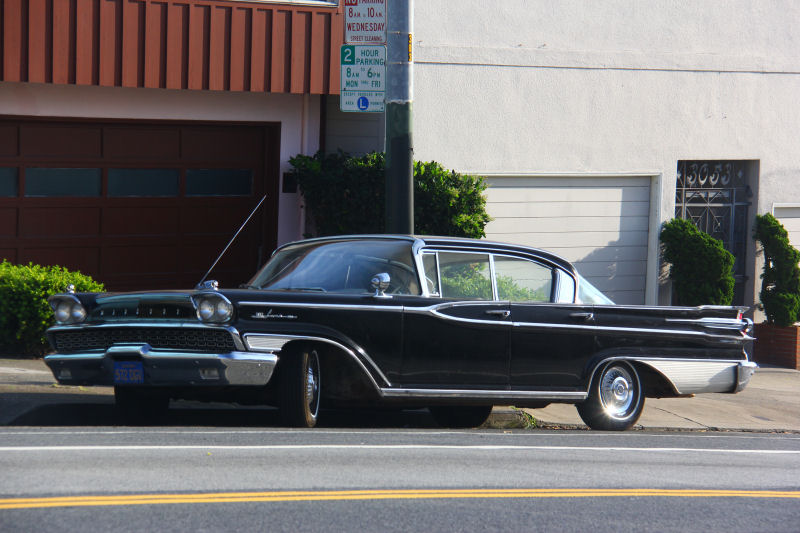 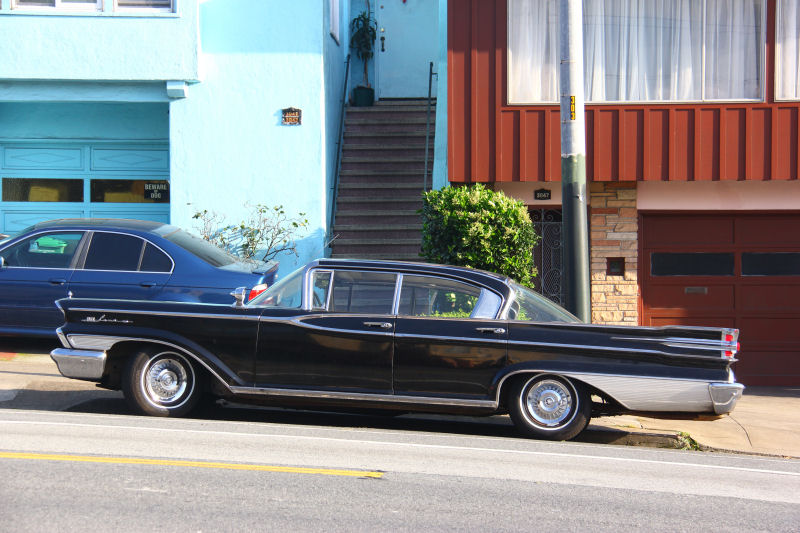 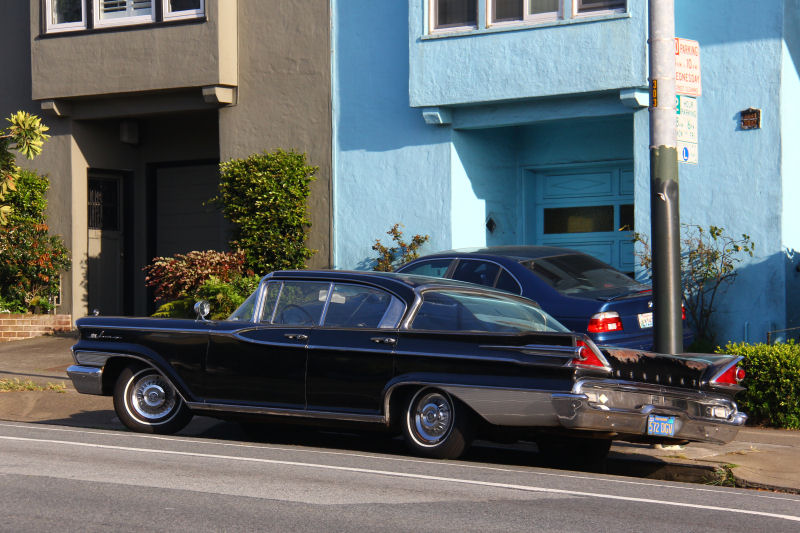 The Park Lane was Mercury's top offering in 1959, the biggest and most luxurious car the mid-range brand had on tap. Park Lane came standard with a 430 cubic inch MEL (Mercury-Edsel-Lincoln) V8 making 345 horsepower, certainly no slouch for the era even in a car of this size. A three-speed automatic transmission routed that power to the rear wheels, or at least one of the rear wheels. It was a giant car, built on a station wagon chassis with a 128-inch wheelbase for maximum interior space and plush ride. The Park Lane Cruiser was the successor to the 1957 Turnpike Cruiser, which one might call the Merc with the works. All the chrome and stainless and anodized trim you could throw at a car, but without the whacks of the ugly stick that afflicted the '57 and '58s. The '59 looks sleek and businesslike from some angles, and borderline pissed off from other angles. 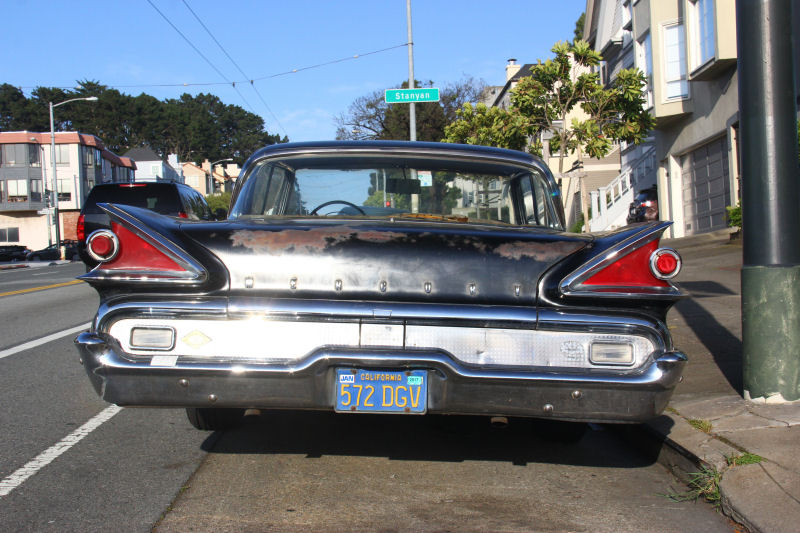 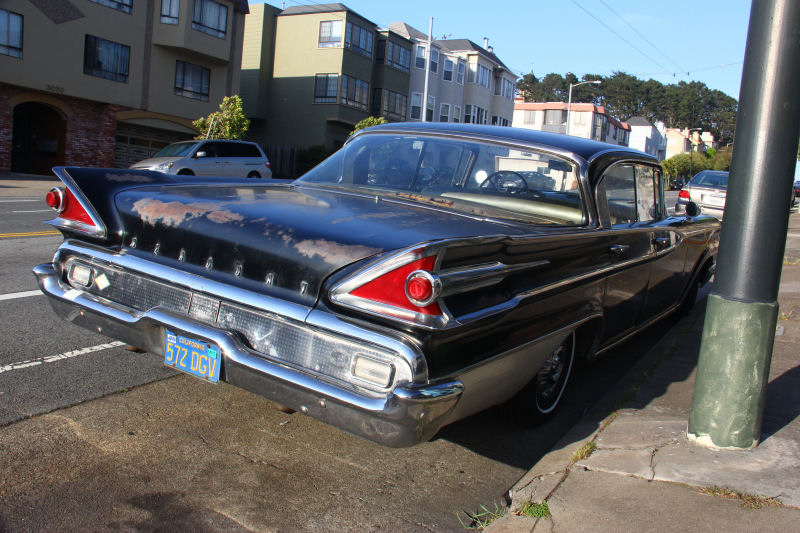 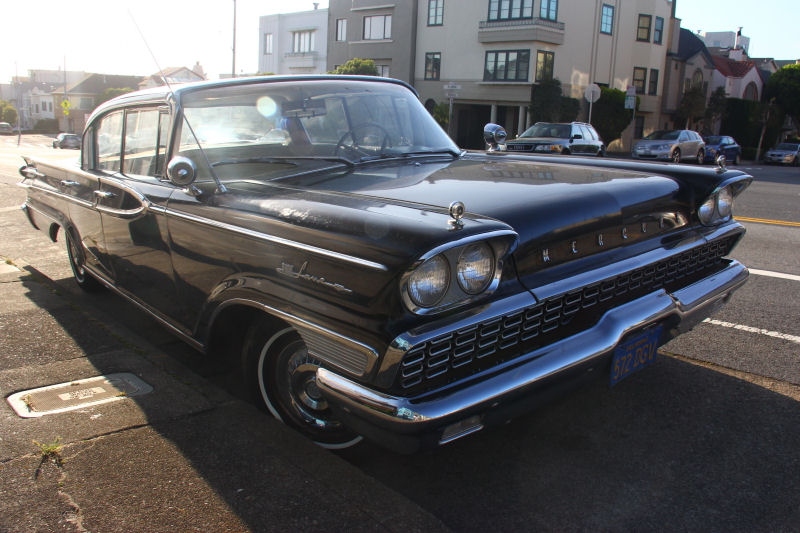 This monster Merc four-door hardtop sedan is a very original example finished in classic black with all its trim and hubcaps intact. The paint has aged significantly to a fascinating patina without the body being plagued by rust. It still features what looks like a vintage aftermarket air conditioning unit and recovered seat upholstery. I believe original Park Lane seats would have been a richer embossed vinyl pattern than the beige fabric bench seen here. Still, it looks better than ripped vinyl. 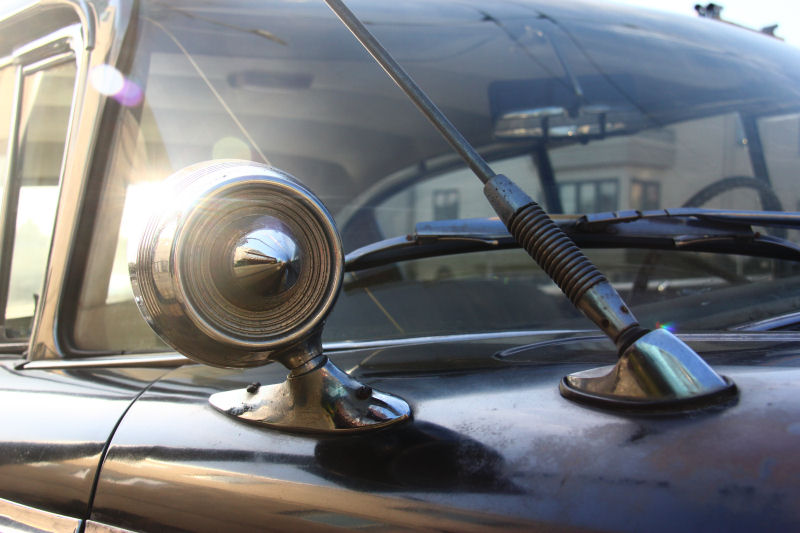 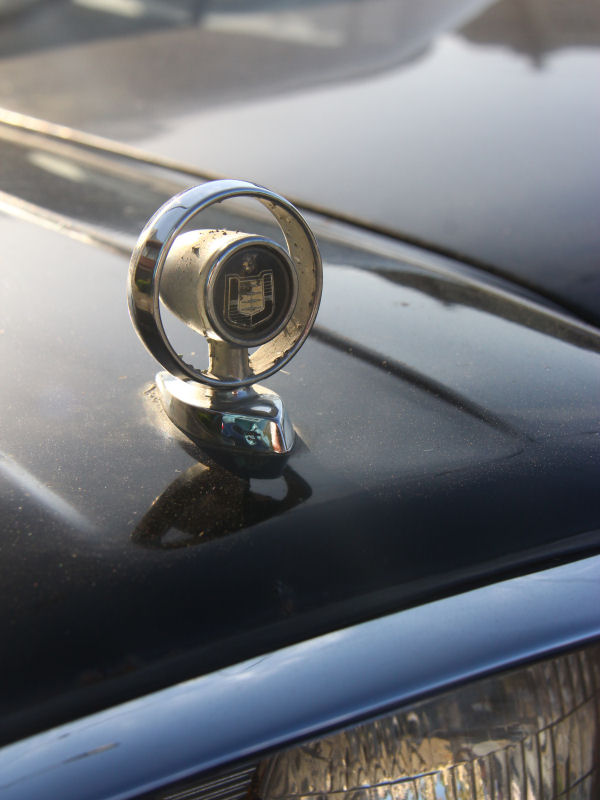 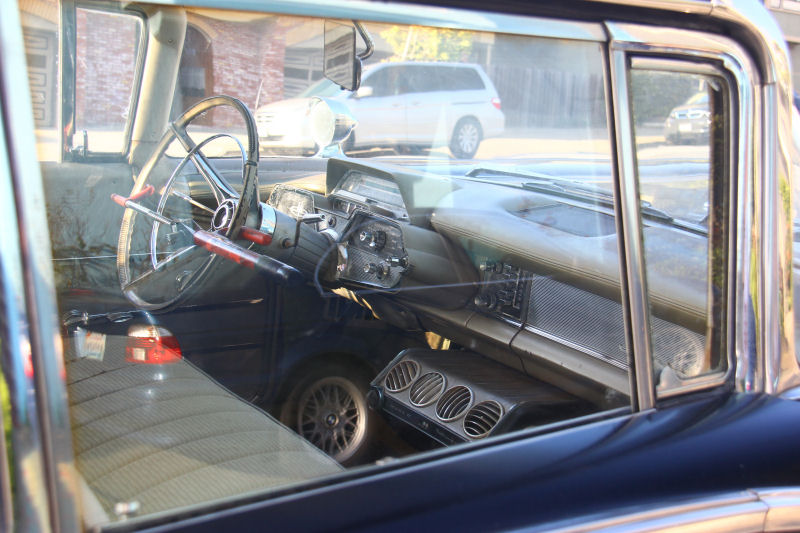 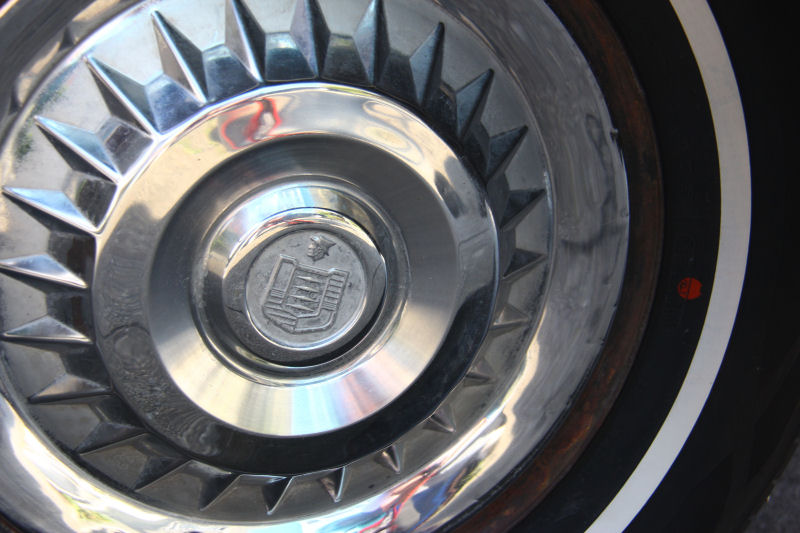 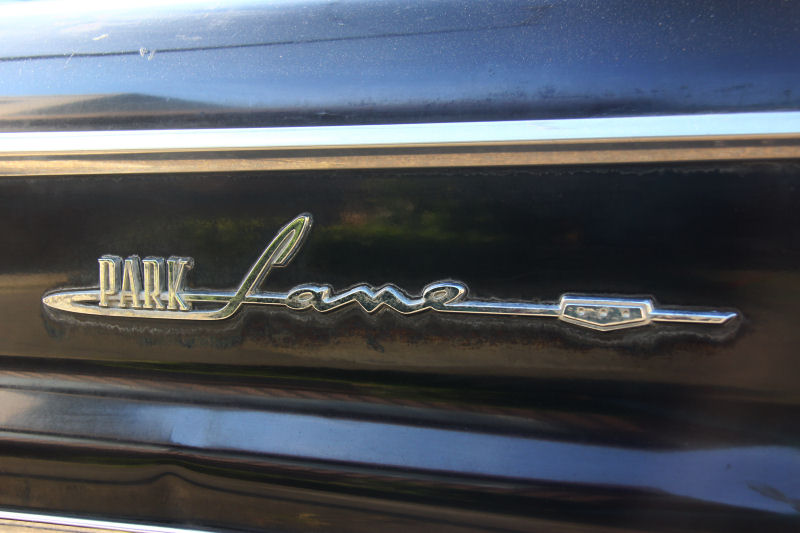 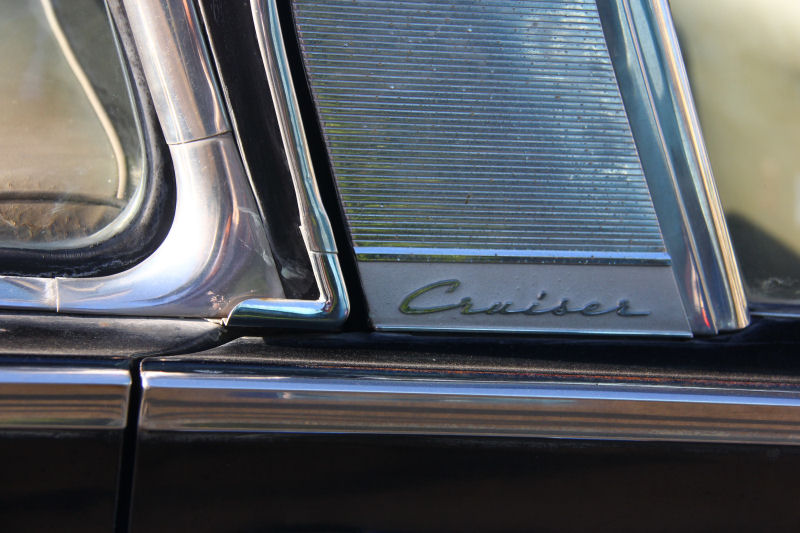 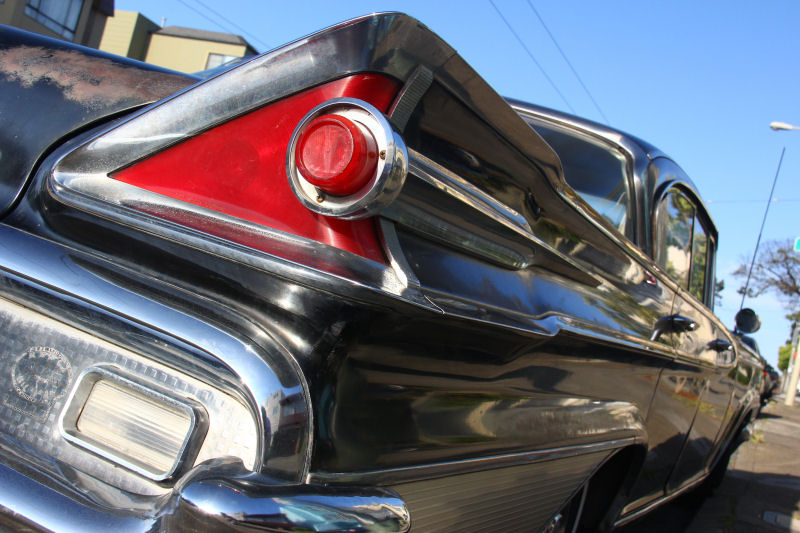 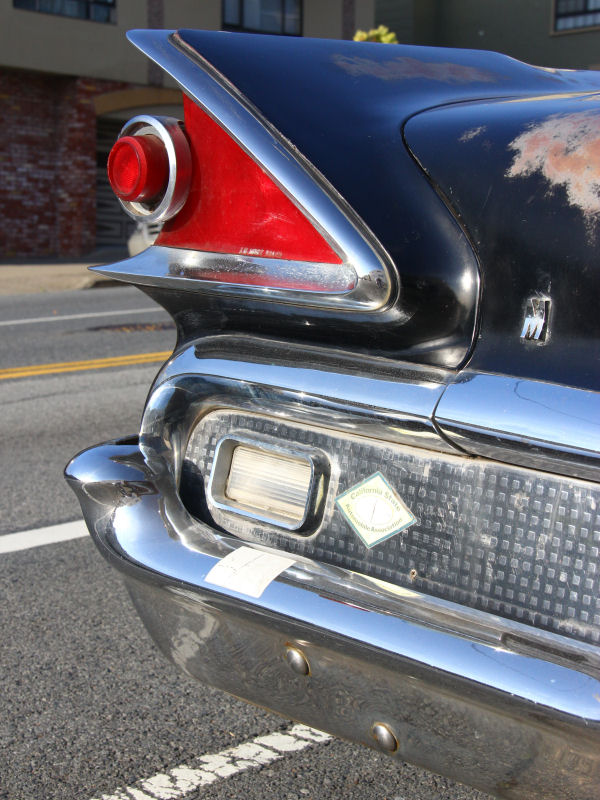 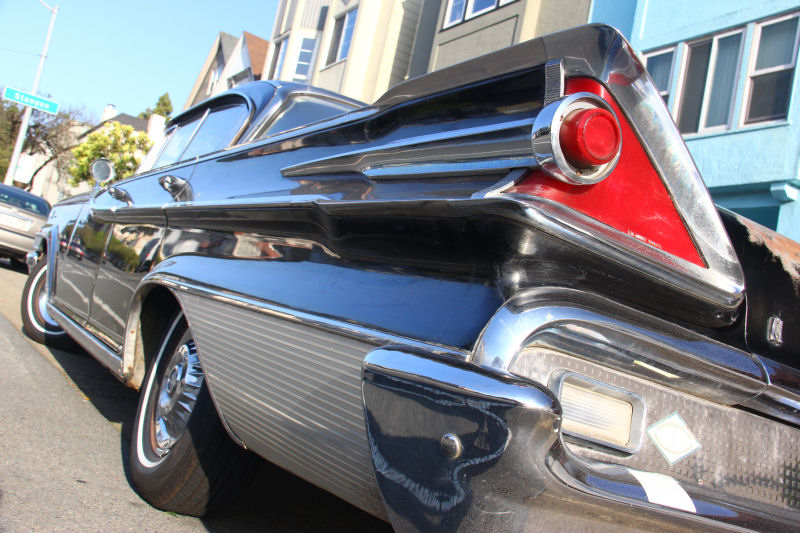 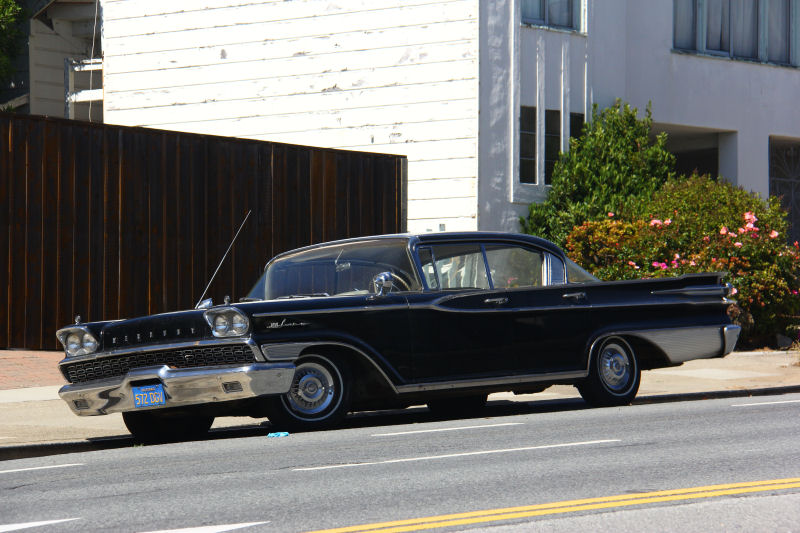 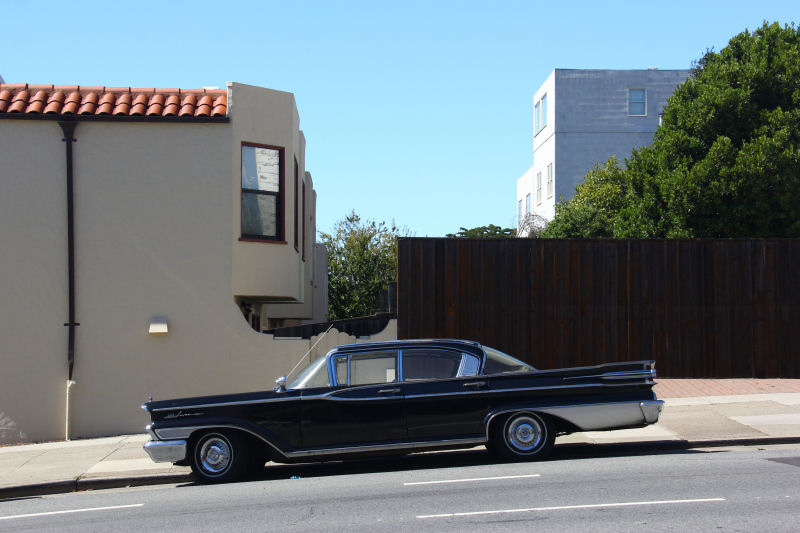 I very much enjoyed shooting this car on the three occasions I saw it. It has a lot of great styling details and it's just cool. 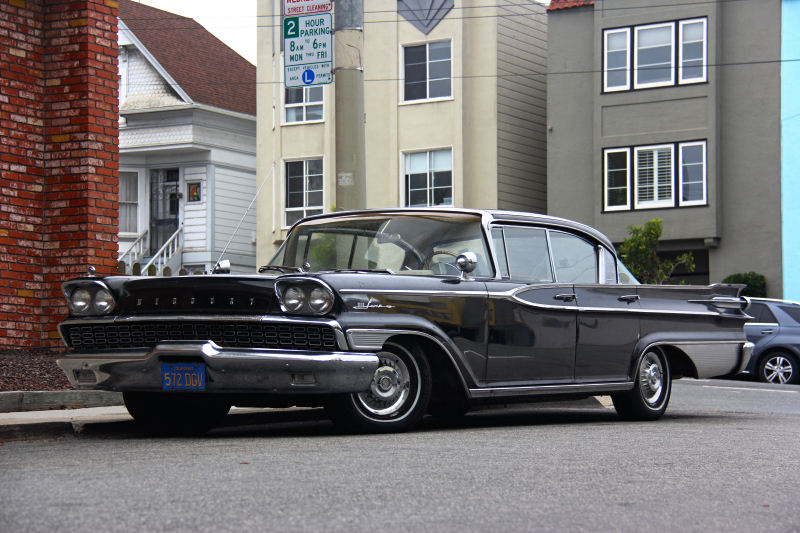 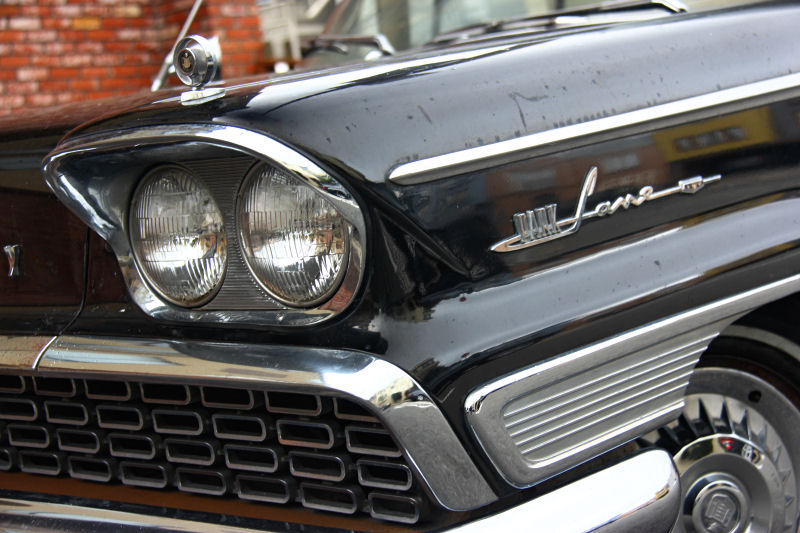 Photographed April, July and October 2016
Posted by Jay Wollenweber at 12:00 AM