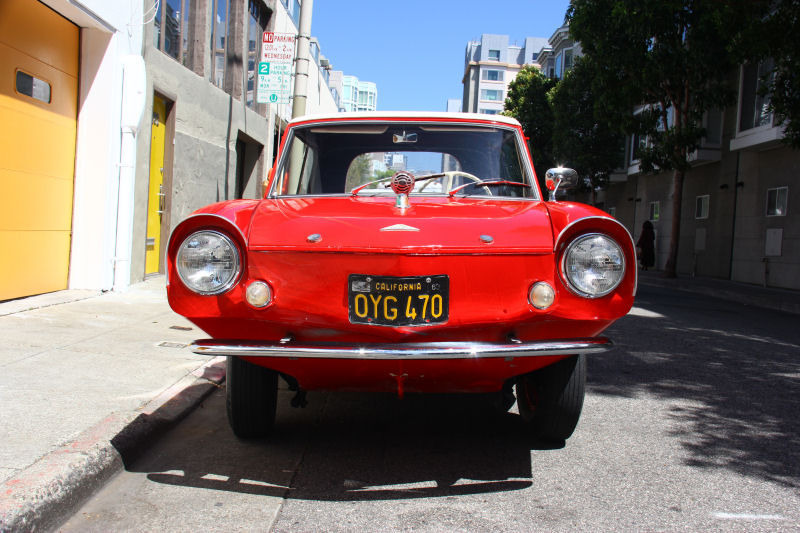 And now for something completely different.

Full disclosure up front. I absolutely cheated with this one. It's one of several cars I've "found" over the years when I attended the Arcane Auto Society's annual meeting in San Francisco. Nice people and a whole lot of weird machinery. This Amphicar was parked in the alley behind the building for a short time at the end of the meet. Public street, weird old car, good enough for me. Where else are you going to see an Amphicar, anyway? 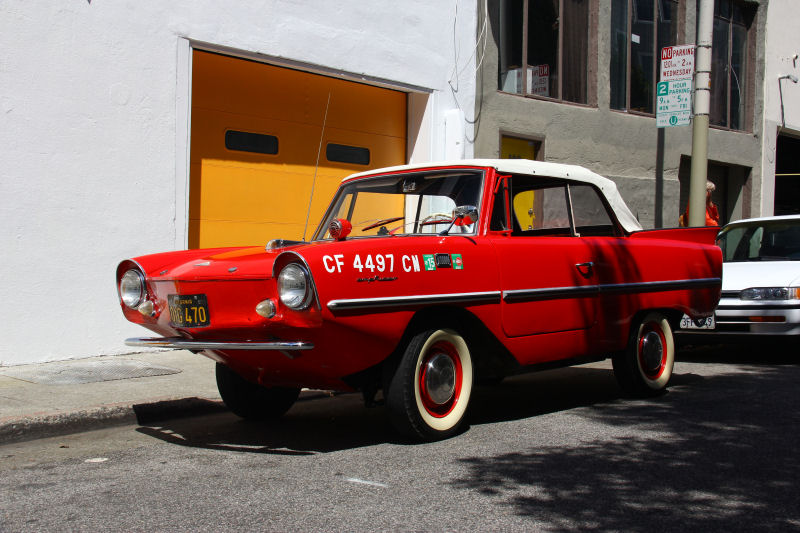 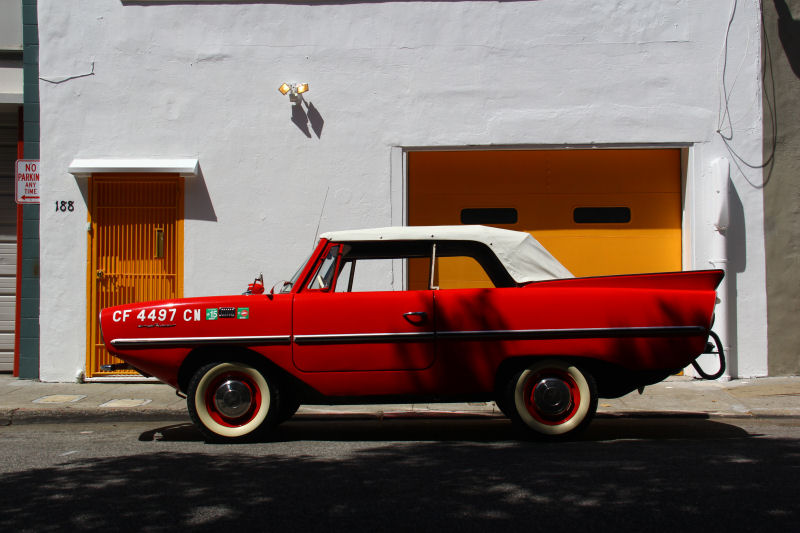 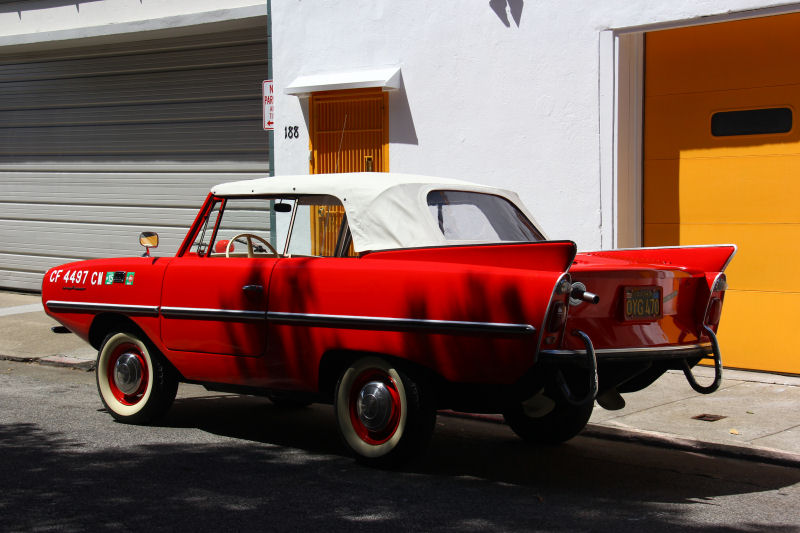 The Amphicar was always an odd duck. It first came onto the scene at the New York auto show in 1961 and promised the ability to drive on land or water. Unfortunately anyone who's watched Top Gear knows that amphibious cars that work are not easy to build and they tend to look ungainly. The fact is, boats with doors in the sides tend to become sunken boats. Everything had to seal shut when the car was in the water. The body was sculpted with a prow for cutting through the water and featured a pair of adorable little propellers, navigation lights and a rear decklid mount for a flag as required by the Coast Guard. Jaunty little tail fins were just for show. Speaking of Top Gear, the Amphicar's power came from the same 1.2 liter four cylinder found in James May's Triumph Herald sailboat. It gave the car its "770" model designation, as it was supposed to do 7 knots on water and 70 mph on the road. Exhaust exited through the rear taillight panel instead of underneath the bumper as on a normal car, so that the tailpipe would not fill up with water. A second gear lever controlled the props. 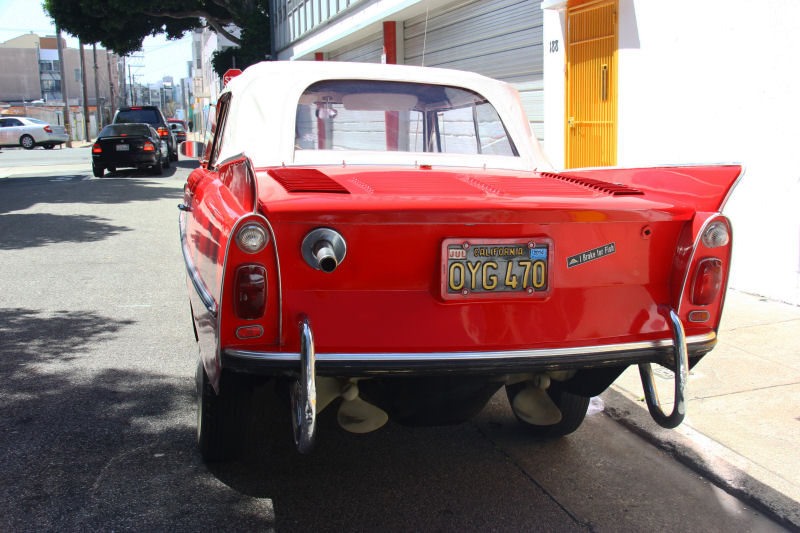 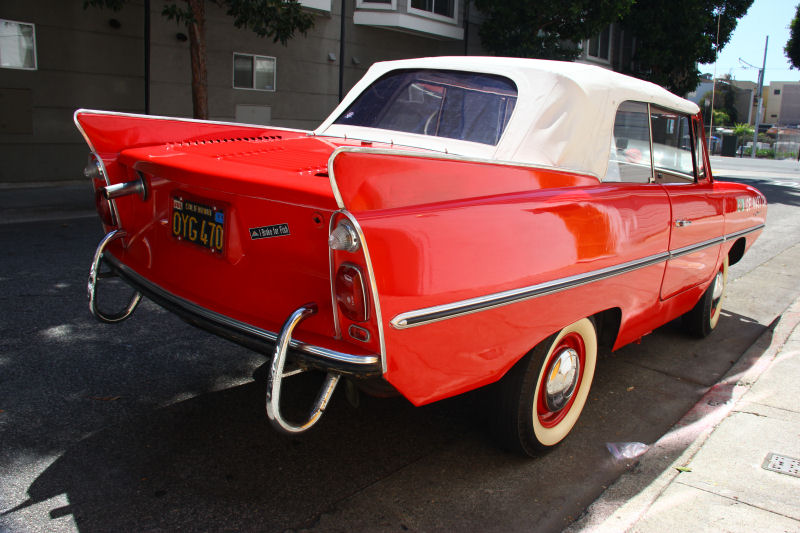 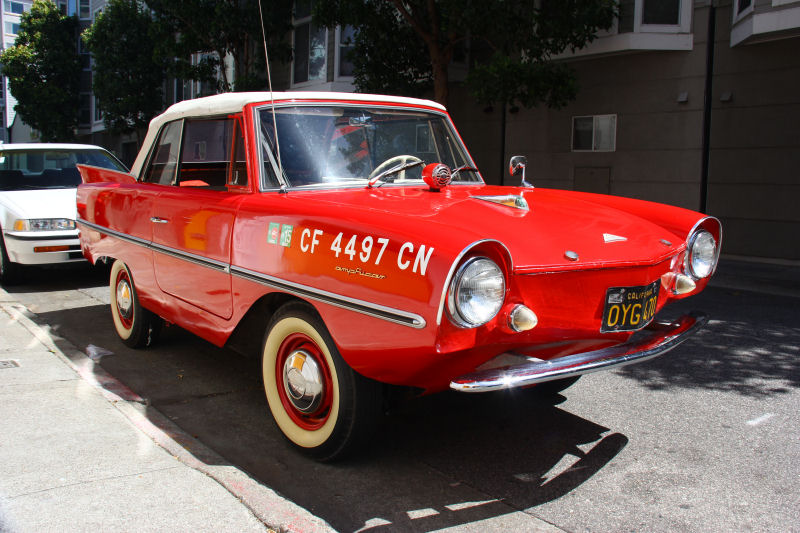 Shocking though it may be, the Amphicar never sold particularly well. The factory in West Germany produced plenty of cars, but the demand just wasn't there. They managed to sell 3,878 cars with a parts inventory for far more. Amphicars were marketed until 1968 but by that time, you were buying a "new" car that could have been sitting for three years. 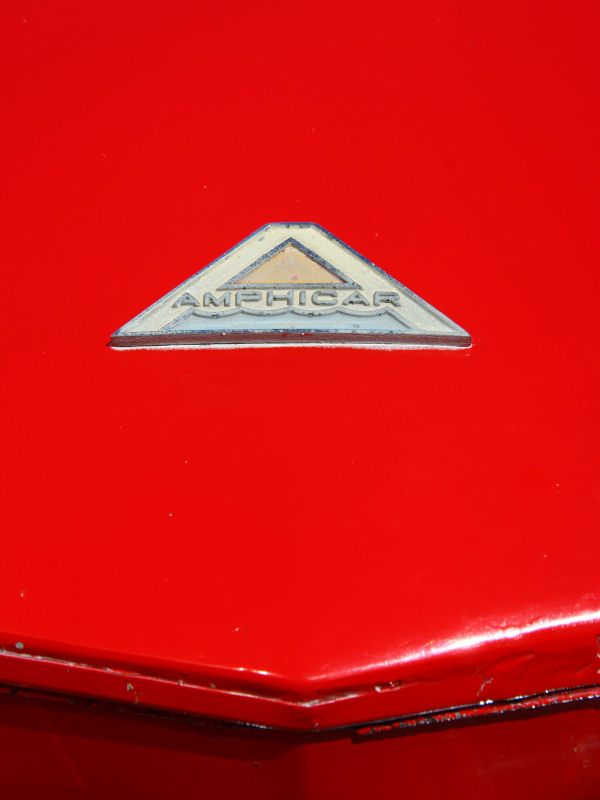 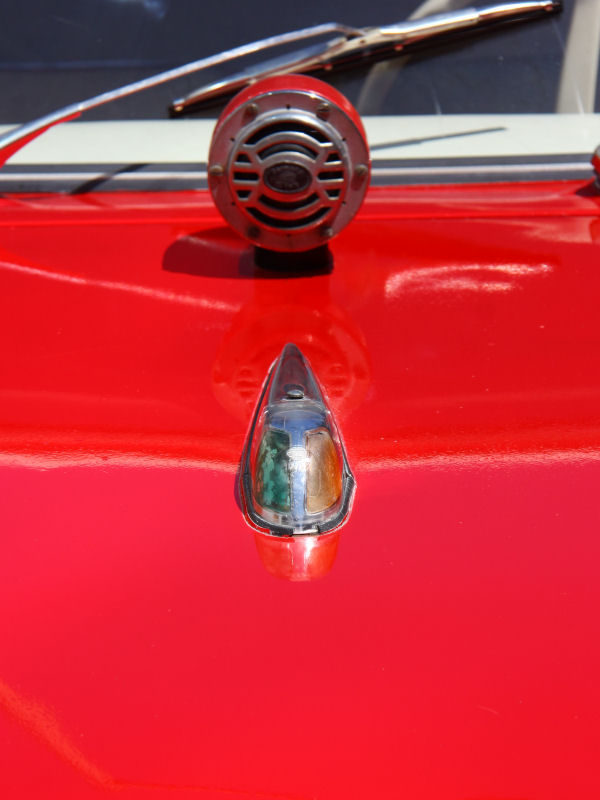 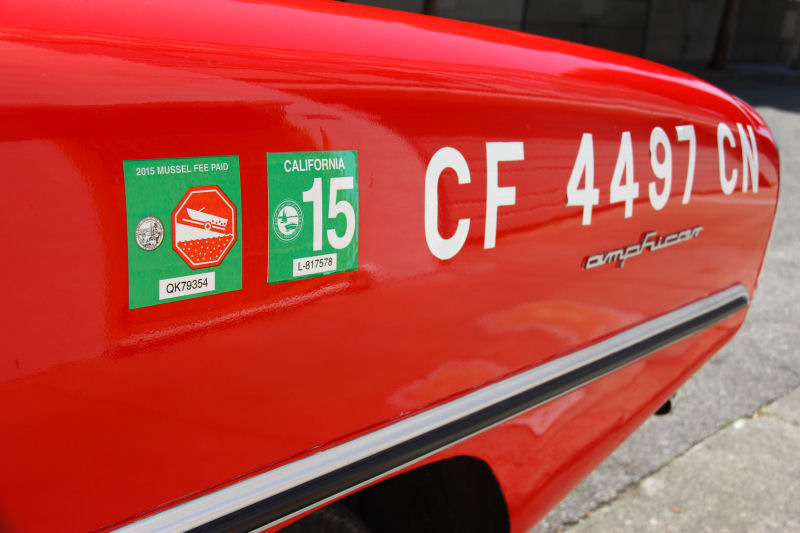 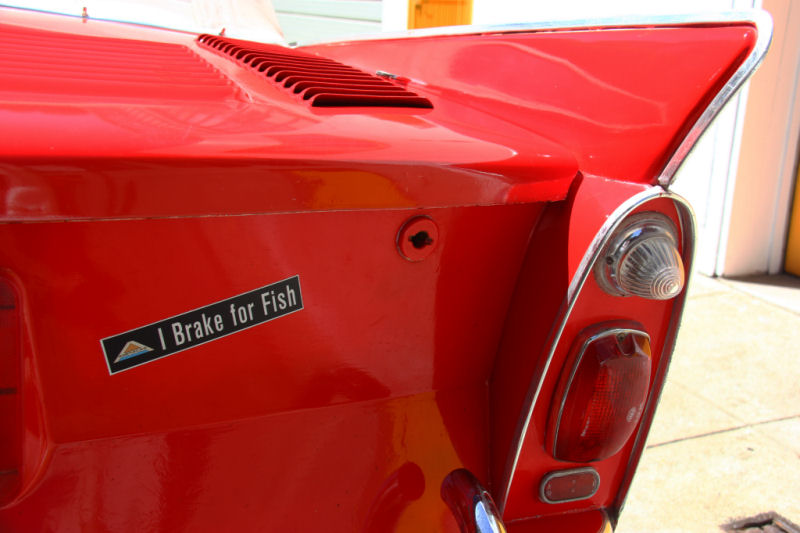 Today the Amphicar still has a vibrant following. I imagine mechanical parts for the Triumph engines are still available. A couple of these cars still appear from time to time at Cars & Coffee meets in my area. Owner's clubs put on special "swim-in" events where people get together and drive their cars into a lake. As I write this, the Celina Lake Festival in Ohio is coming up soon and the Amphicar club will celebrate the 50th anniversary of the last models with a Guinness World Record attempt for the most Amphicars in one place. It should be interesting.