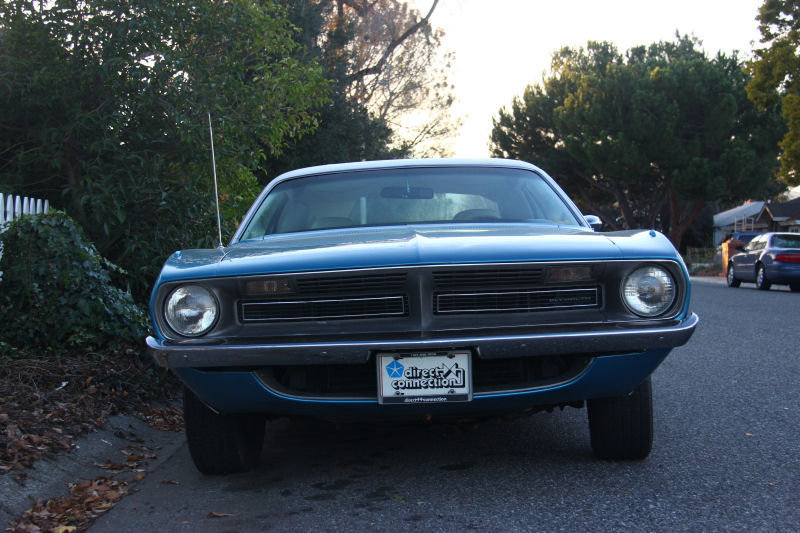 Every year for the 4th of July I like to do a group of features called Independents' Week, focusing on independent American automakers. But since my archives are out of those right now, we're looking at defunct mainstream American brands in the colors of the American flag. We've already had a pair of Mercurys representing red and white. Third in the set this week, representing the color blue, is a 1970 Plymouth Barracuda Gran Coupe. 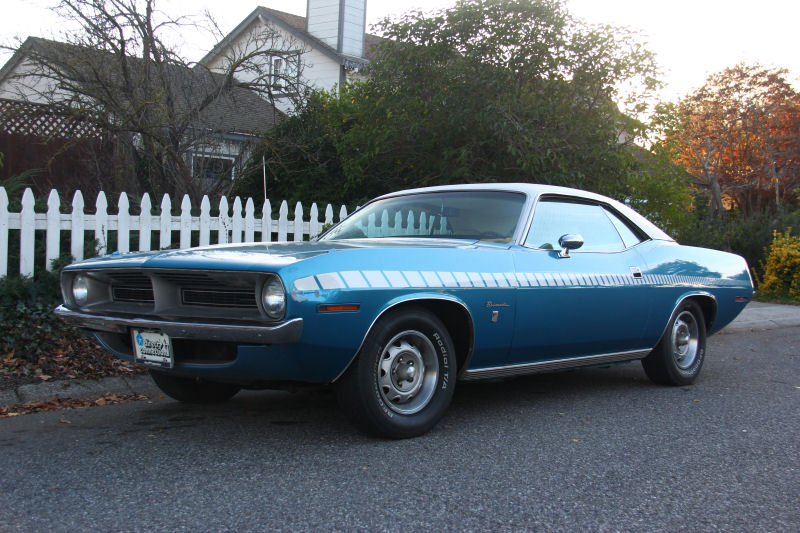 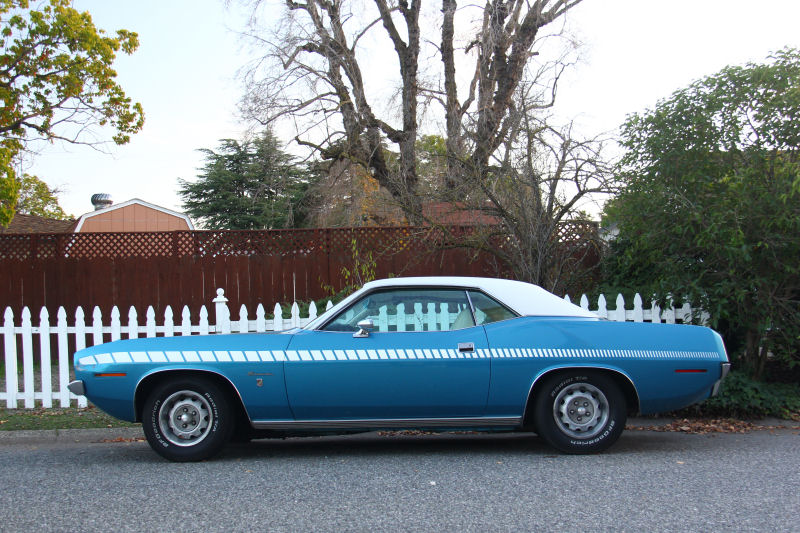 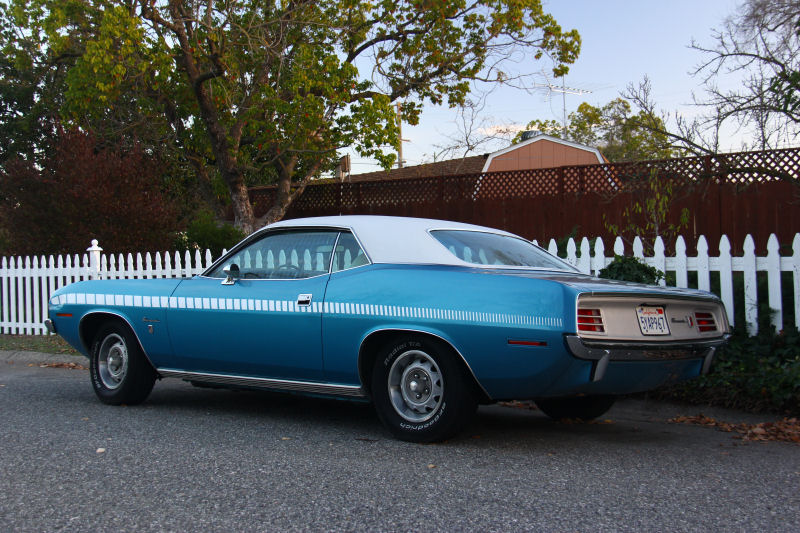 I have always adored the early Mopar E-bodies, namely the 1970-71 Plymouth Barracuda and Dodge Challenger twins. The older I get, the more I love the cleaner detailing of the first-year cars. Yes, I know the Barracuda started as an offshoot of the Valiant in 1964. I have a fondness for certain years of those cars too, but the all-new 1970 Barracuda is beautiful in its simplicity. 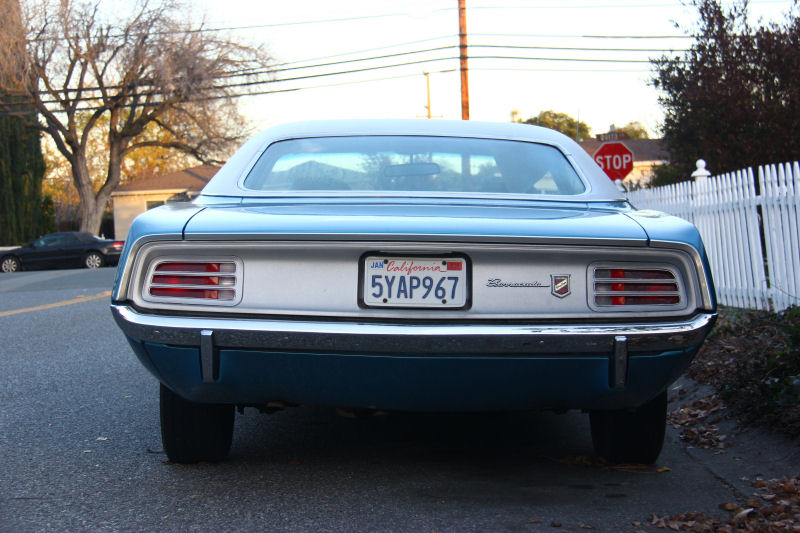 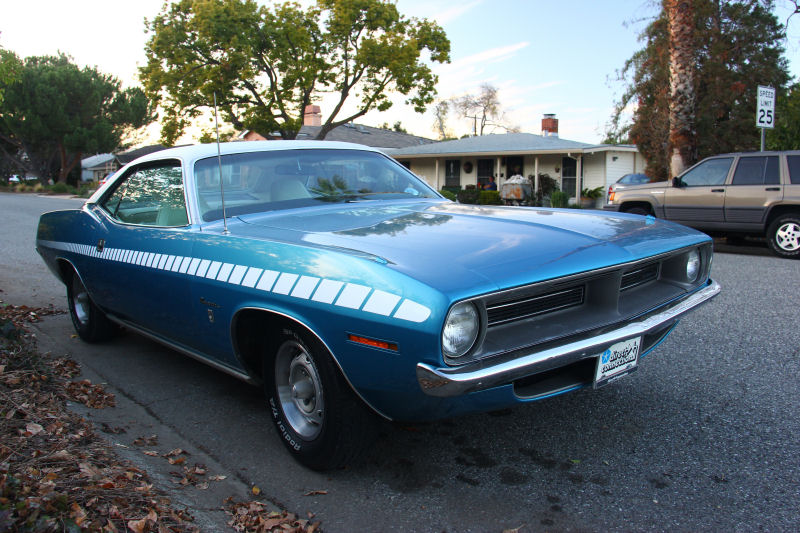 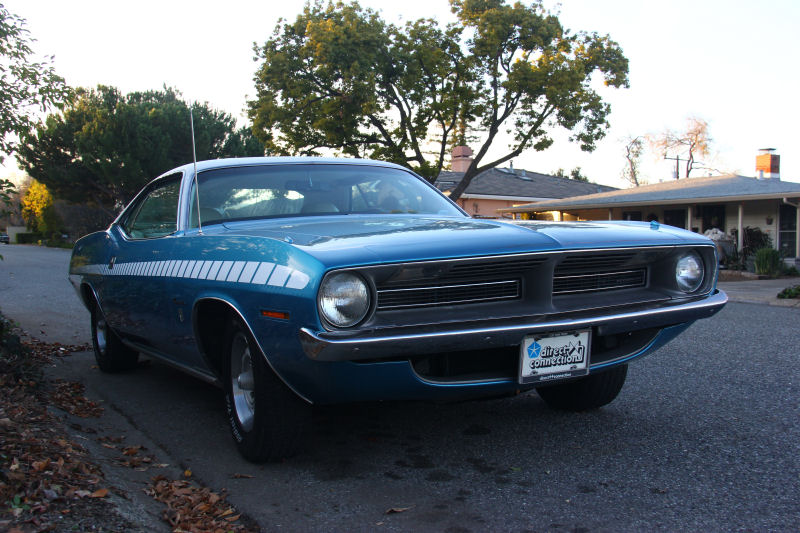 The '70 Barracuda was offered in a few trim levels ranging from base, luxurious Gran Coupe and the muscle-car "'Cuda". Base and Gran Coupe were offered with a cute little economy slant six engine, a larger 225 slant six out of the Valiant, or a 318 small-block V8 or 383 V8 in regular or high-performance variants. The top 383 came with a four-barrel carb and dual exhaust. If you were really out to terrorize the streets you could get the 'Cuda with a 440 Super Commando V8 in four- or six-barrel form, or even the vaunted 426 Hemi. A plethora of bright, humorously named High Impact colors were offered in addition to the classic (and classy) metallics and traditional solid hues. 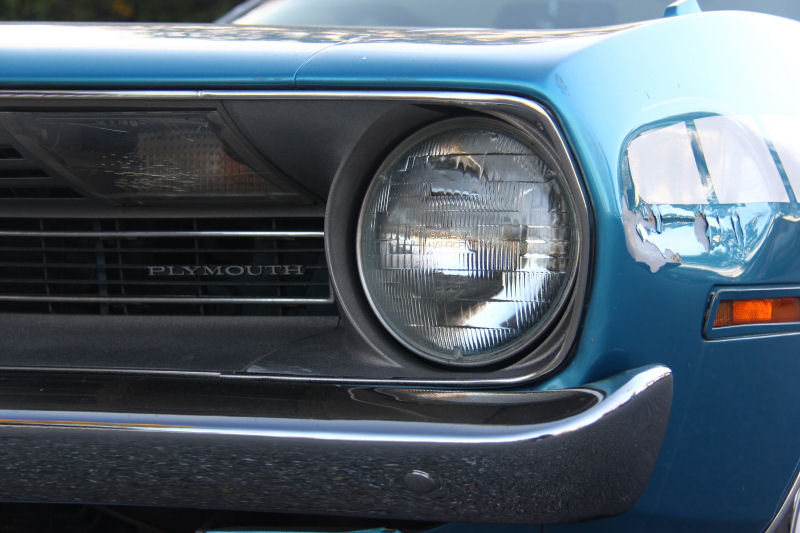 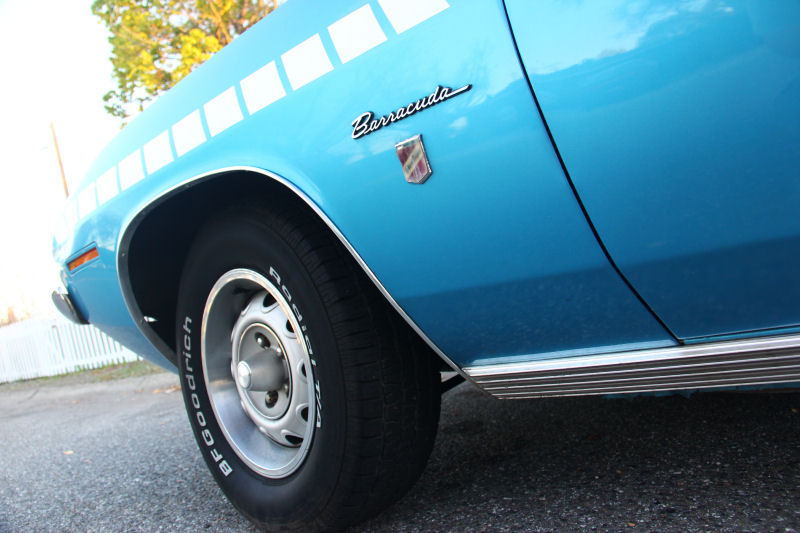 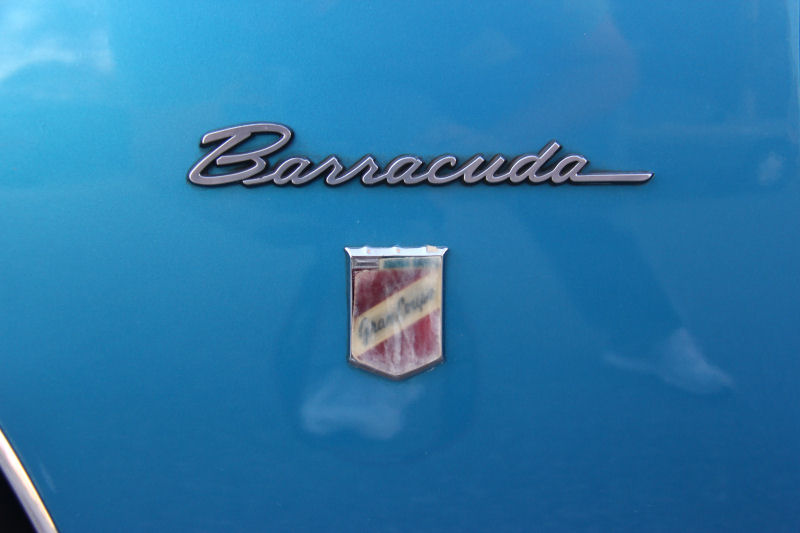 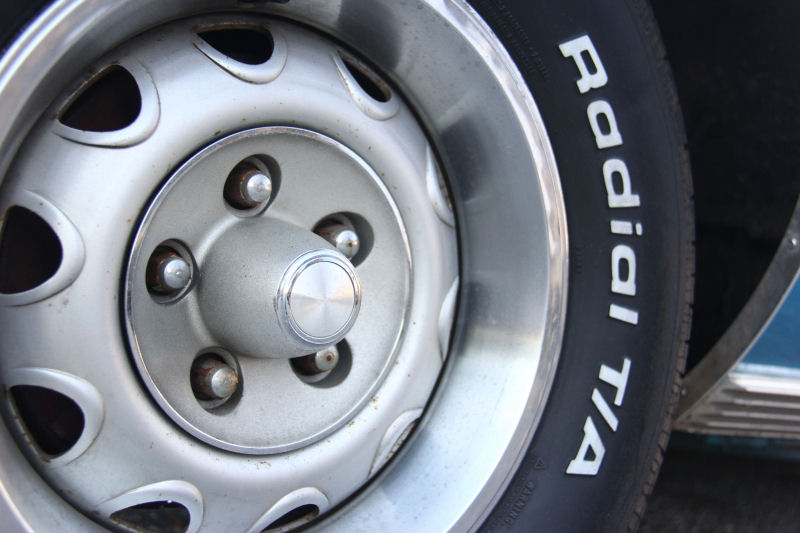 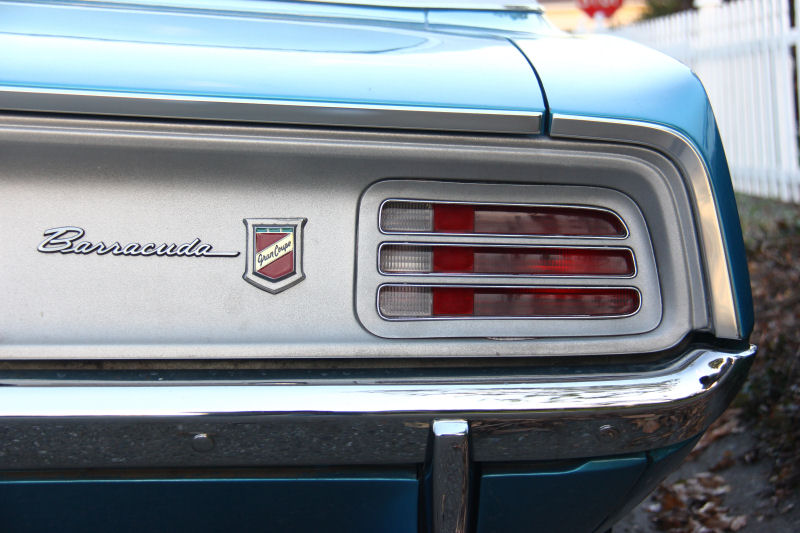 Considering the lack of visible tailpipes on this example, I'd wager it's a lower-performance car and could even have a six-cylinder. It looks handsome in EB5 Blue Fire Metallic with a white vinyl top and matching side strobe stripes. Mopar Rallye wheels and BF Goodrich Radial T/A white letter tires complete the pony car look. The strobe stripes are available as reproductions for a little over $100 a set; however, if what I read is correct, these particular stripes (option code V4W) were a fairly rare factory option in 1970. The body damage to the left front fender is unfortunate but who knows how old it might be. This car looks very original to me. Considering how much these cars go for these days, it might be worth repairing that fender.

Photographed January 2017
Posted by Jay Wollenweber at 12:00 AM