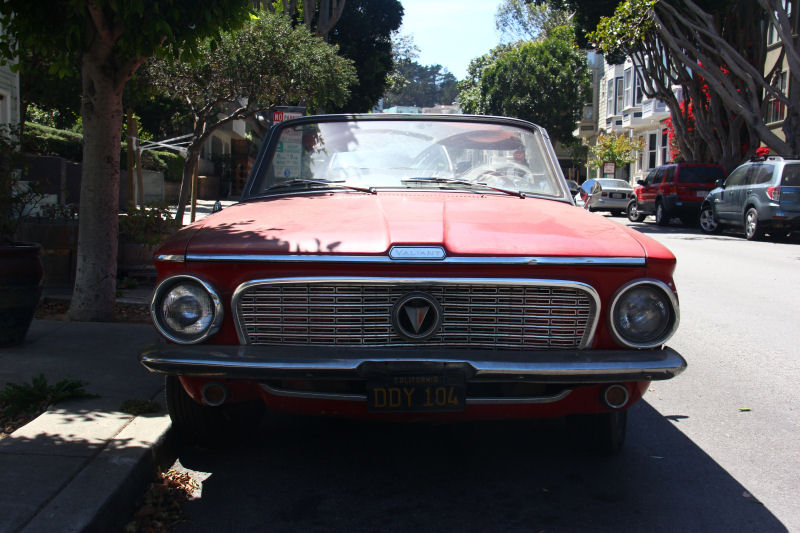 This week I've had an informal theme of 1960s Plymouth convertibles, but so far it's been the big Fury on display. Here's something a little smaller. 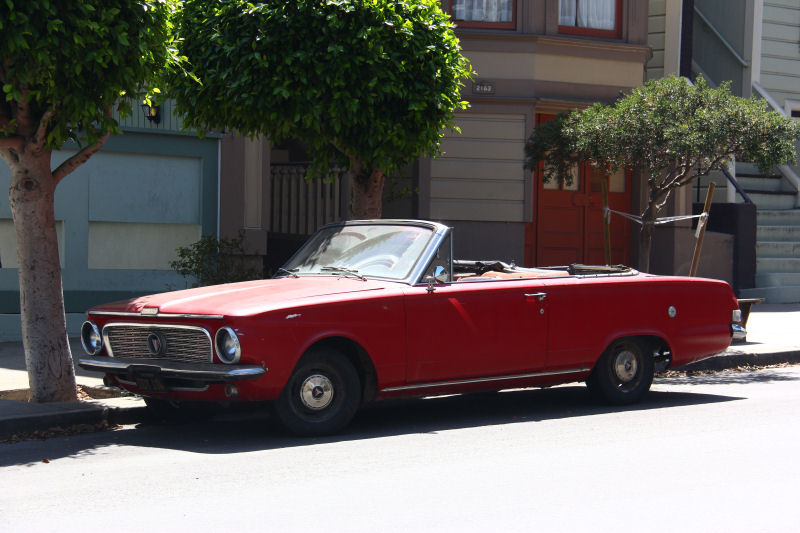 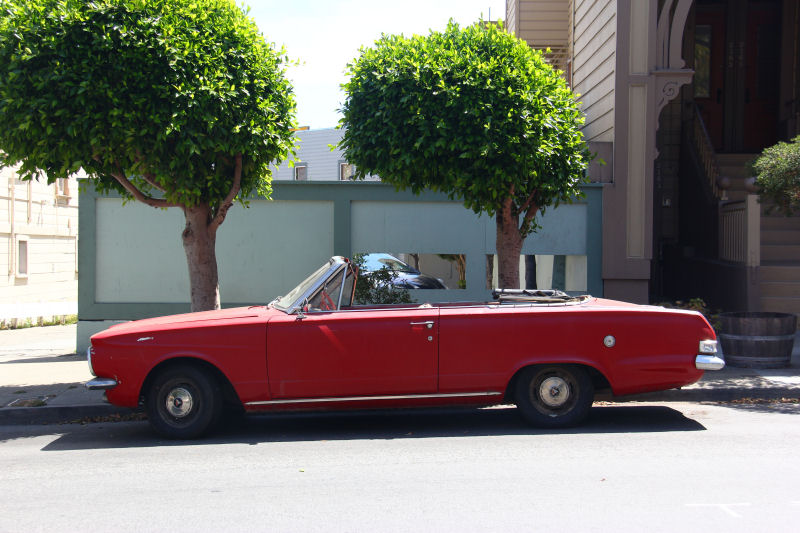 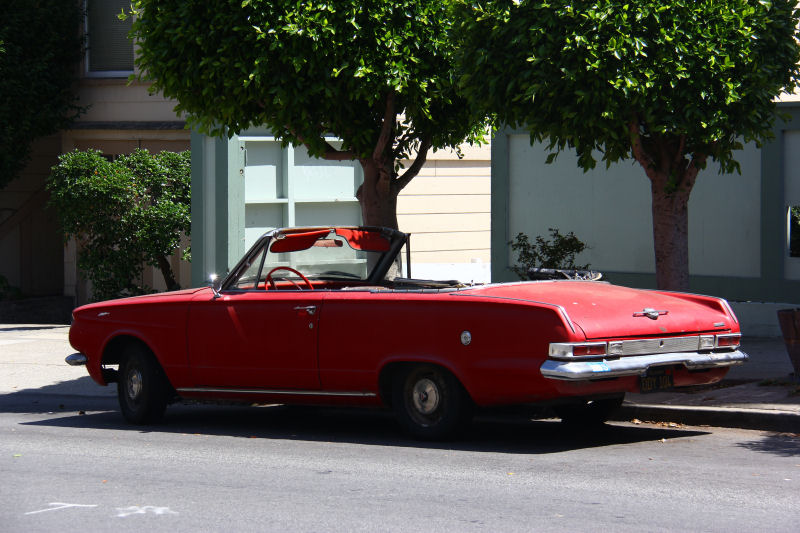 There have been plenty of Plymouth Valiants and their Dodge Dart cousins featured on California Streets over the years. Interestingly this is the first instance of a convertible we've seen here. And it's a higher-trim model, too. I mean, it's still a compact economy car, but by Valiant standards the V-200 is a well equipped model, one notch below the fanciest "Signet" trim. The '63 Valiants had an all new look to them, finally restyled after three model years of the unusual first generation version. The new Valiant and Dart were a little shorter and designed with a more modern appearance that put it more in line with the rest of the model range. I always thought the new design was generic and that the '64 refresh had more style and character. 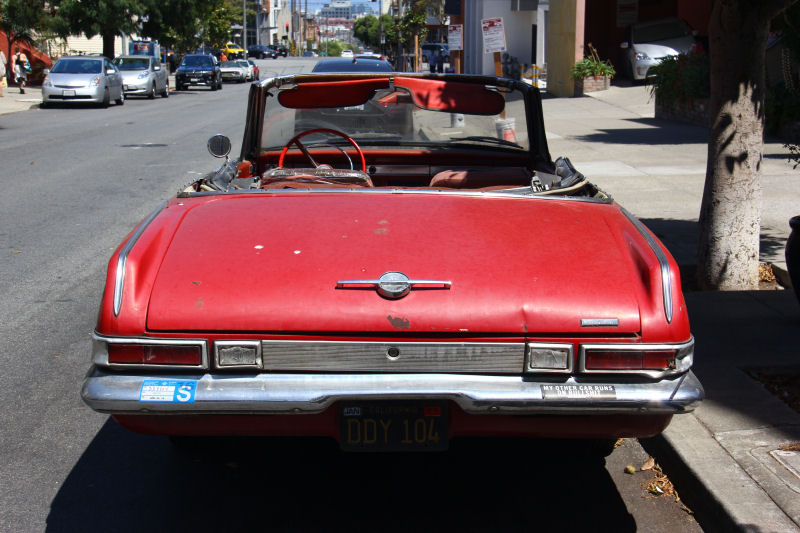 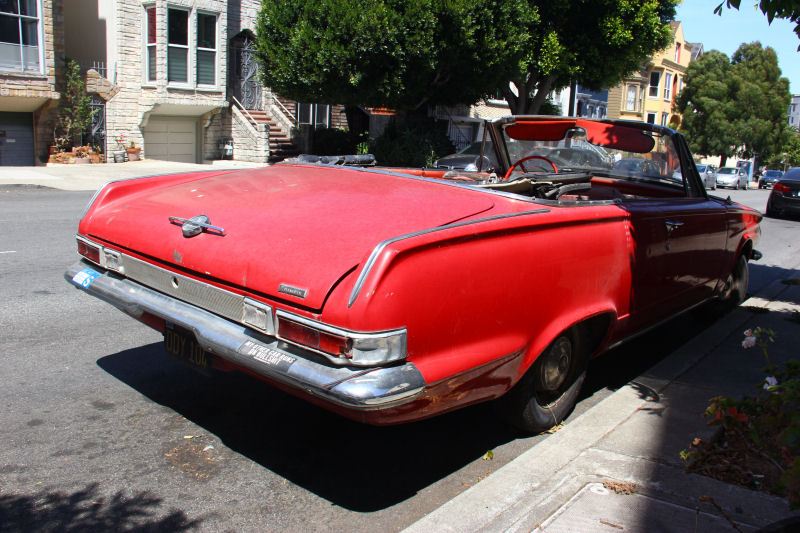 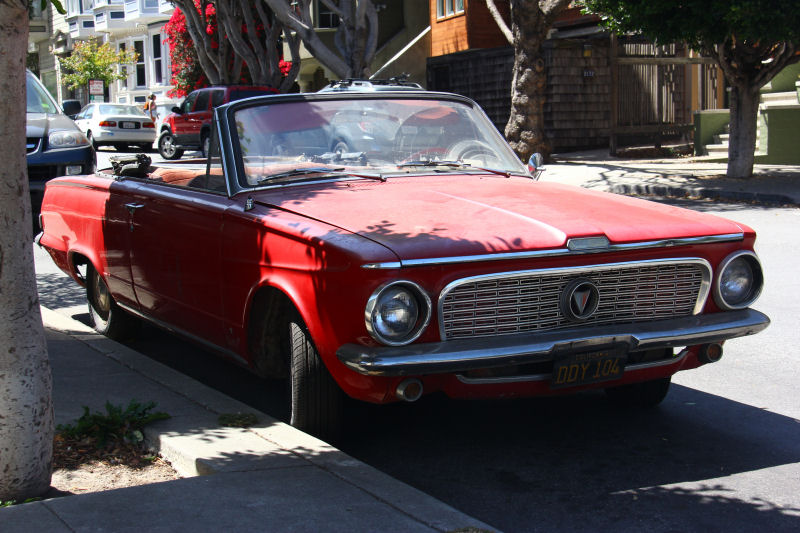 What this car may lack in design character, it has earned through many years of hard use. It appears to be a completely original vehicle that has hardly been touched other than a bumper sticker, an '80s radio and some plastic on the seats. It's equipped with a pushbutton TorqueFlite automatic transmission, the last year the Valiant used them. Power most likely comes from the venerable 225 cubic inch iron block slant six engine. These cars are a favorite affordable classic for their reliability, much as they were a favorite with buyers when they were new. Plymouth turned out over 225,000 Valiants in a then-record sales year. However, only 7,122 were V-200 convertibles. Rarity doesn't always translate to collectability or market value unfortunately. The cost of restoring a car that would be worth at most $15,000 makes little financial sense. So I'm guessing the owner will continue to drive the car as it is, and continue to keep it mechanically reliable and just not worry about parking dents. 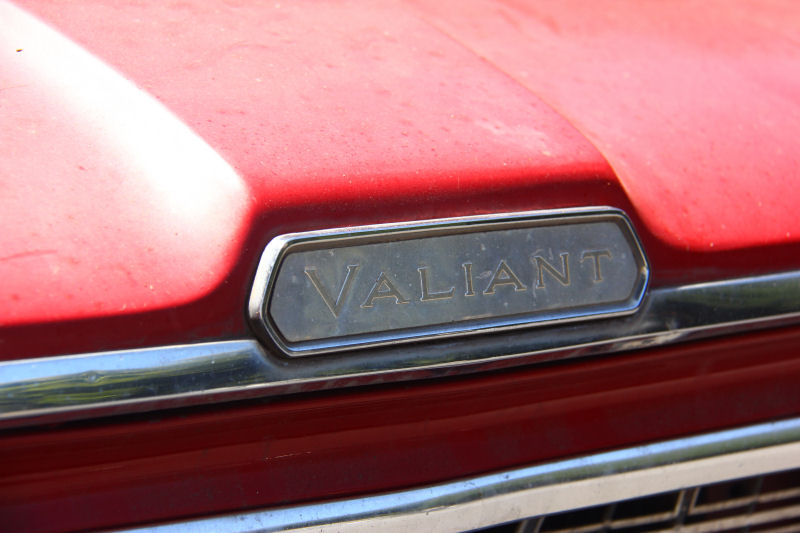 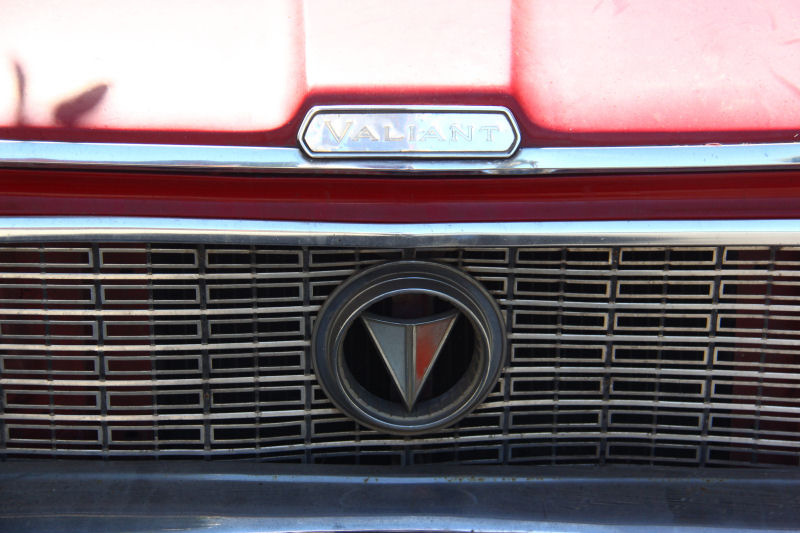 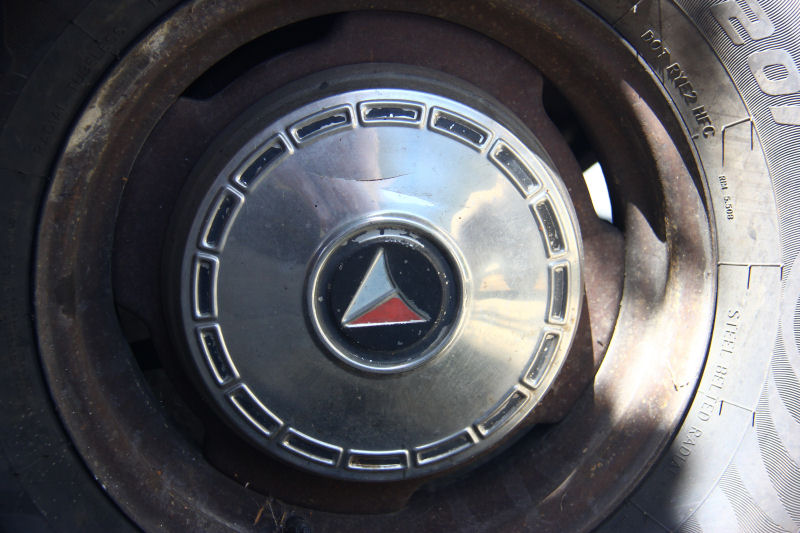 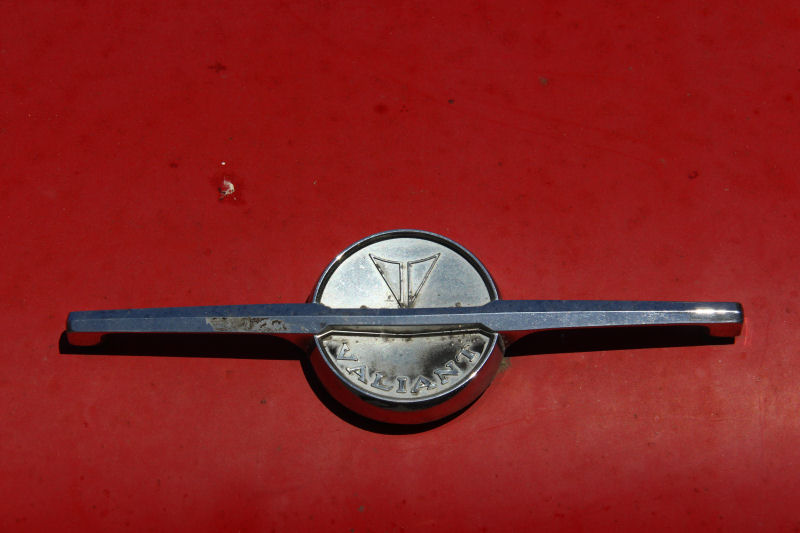 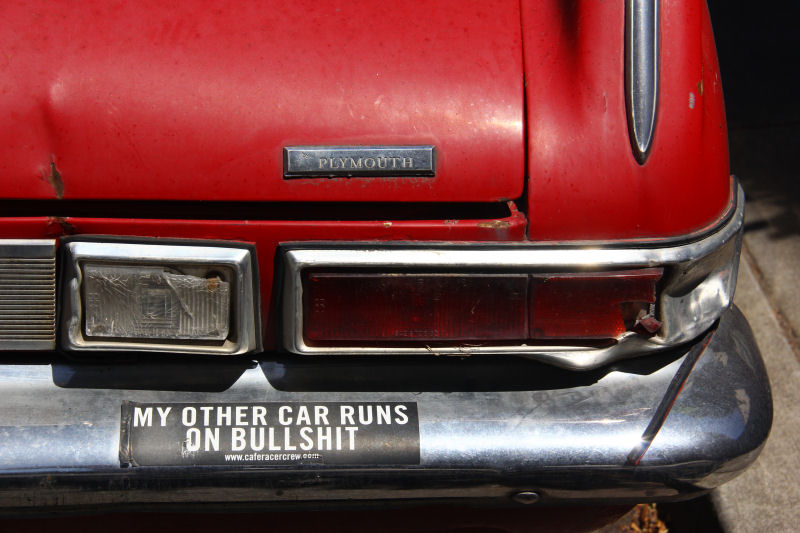 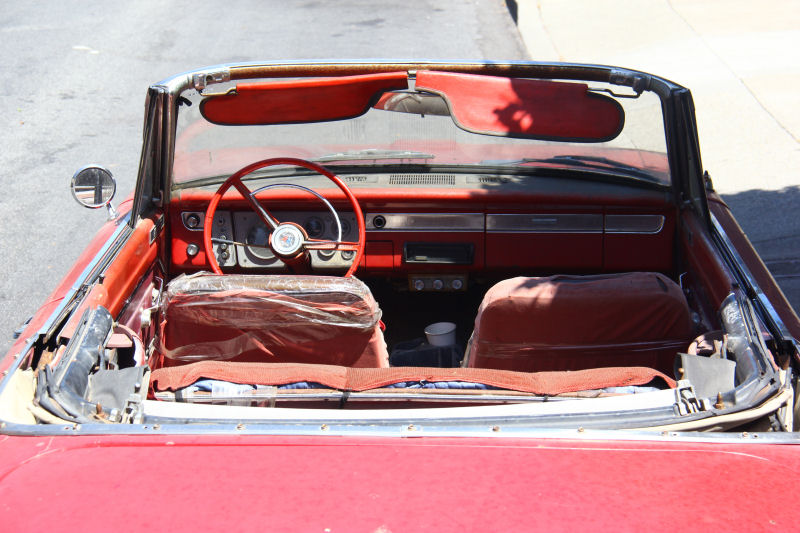 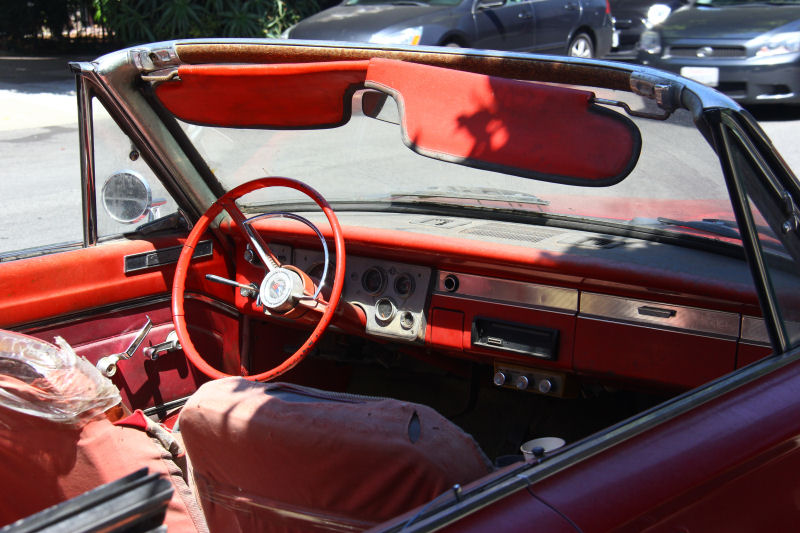