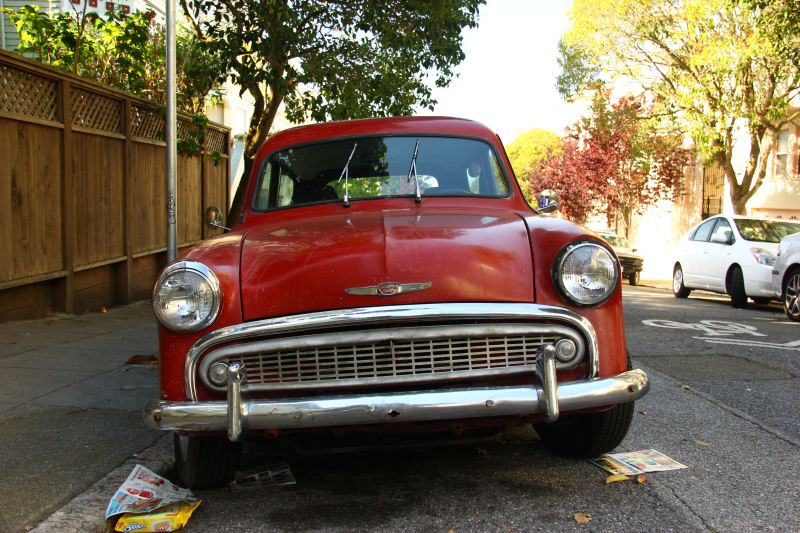 This week we're having a look at some cars produced by the Rootes Group in England. Rootes is known in large part for the Sunbeam Alpine sports car, but the company also built a lot of down-to-earth family cars and utility vehicles. This is a late-1950s Hillman Husky van, produced in 1958 or '59. 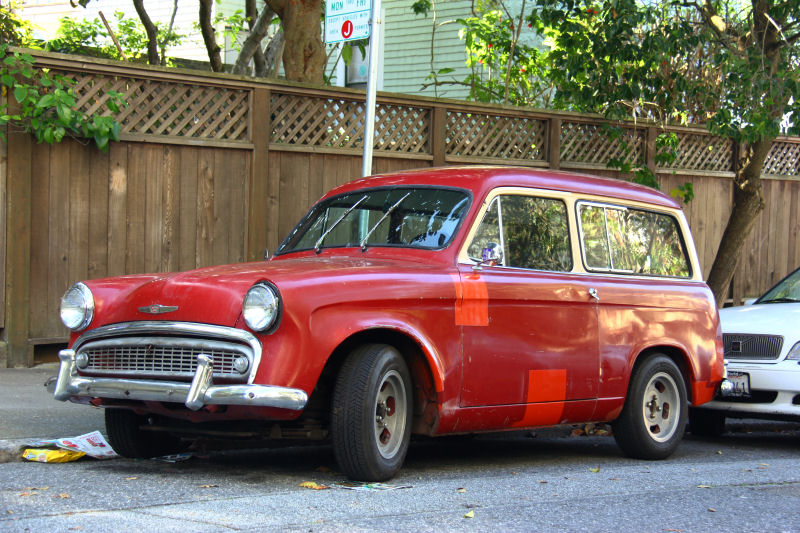 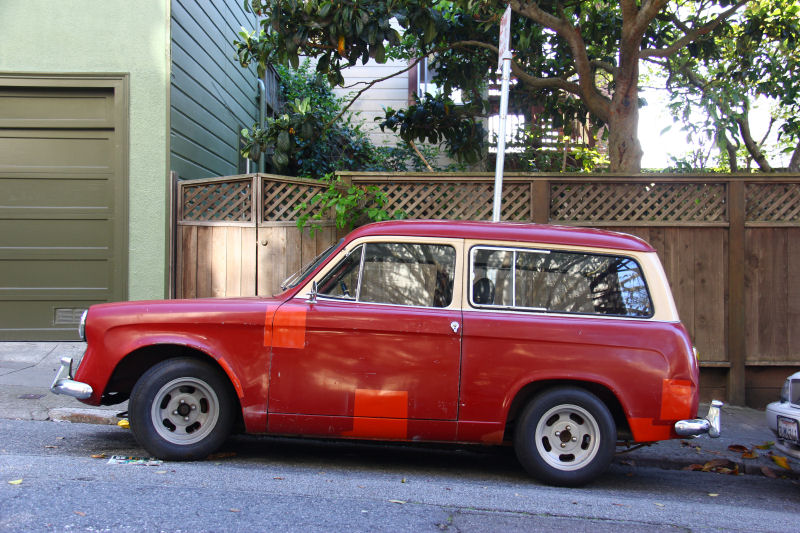 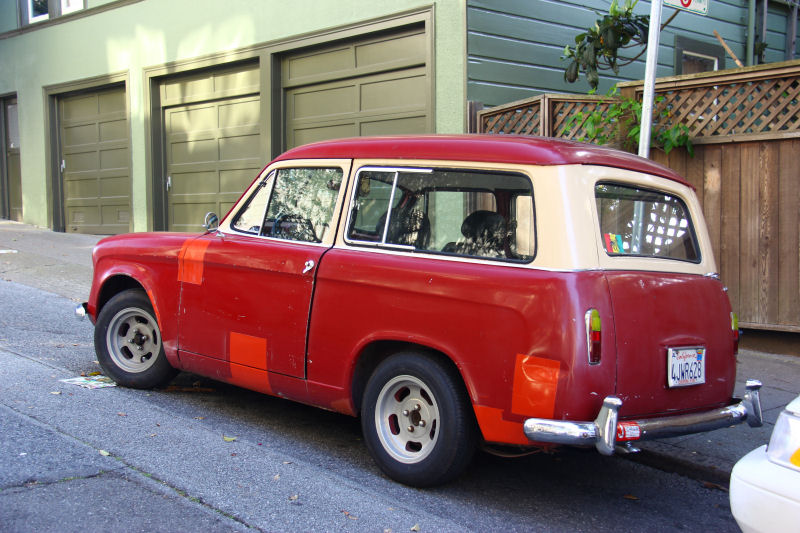 Hillman was one of Rootes' mainstream car brands, much like Chevrolet or Dodge but on a far smaller scale. Hillman specialized in smaller cars, leaving the bigger, fancier cars to Humber and the commercial vehicles mostly to Commer and Karrier. Singer produced more luxurious versions of regular Hillman vehicles. One odd duck in the Hillman range was the Husky, a small two-door van that was virtually identical to the Commer Cob. Both vans were based on the Hillman Minx, and apparently the Cob came with blank panel sides and the Husky with glass windows. 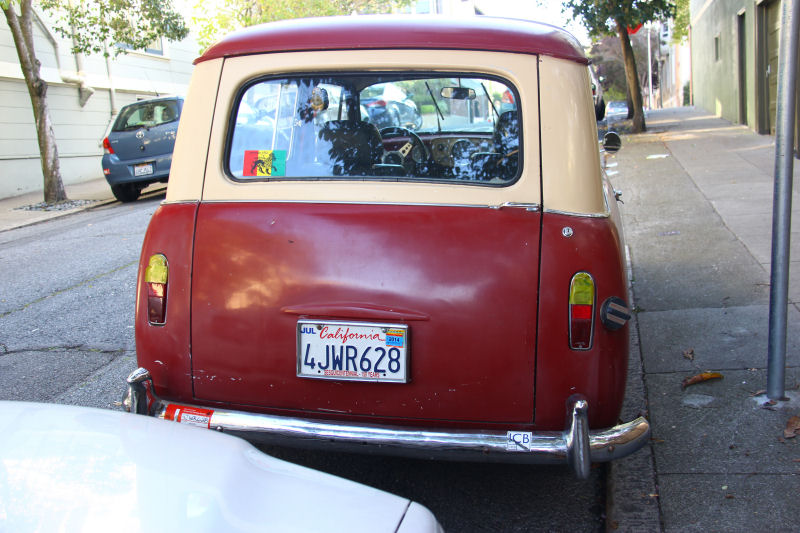 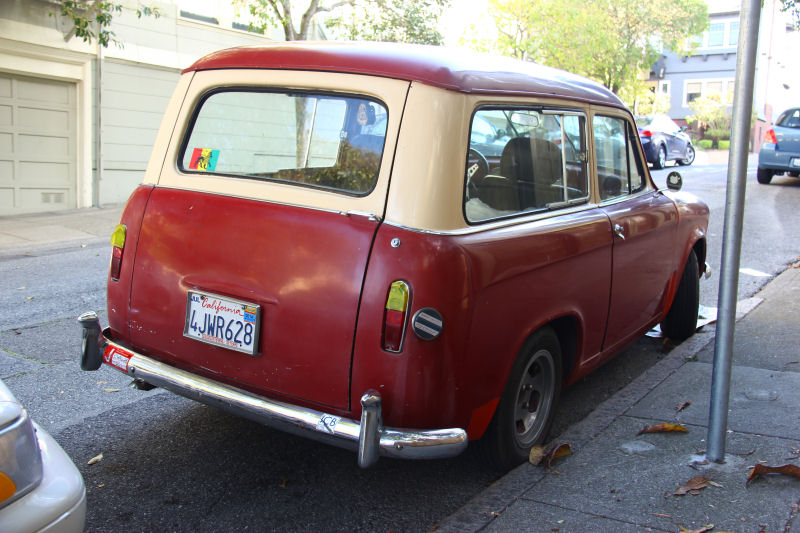 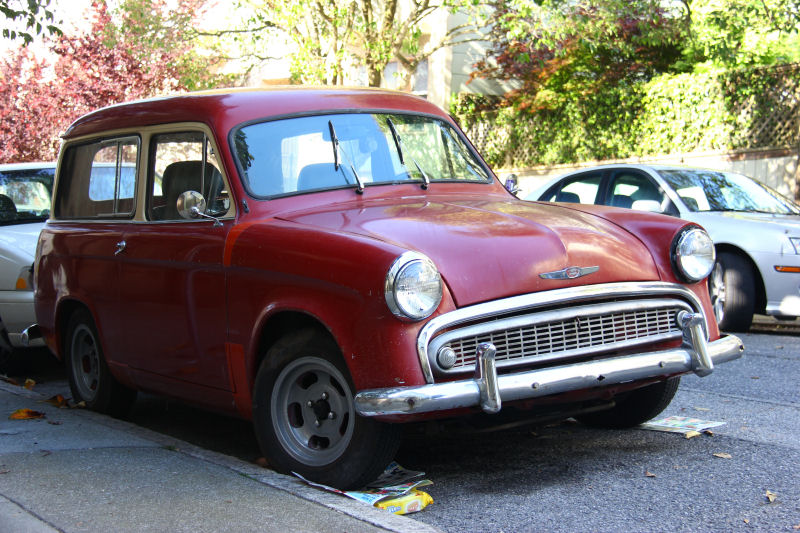 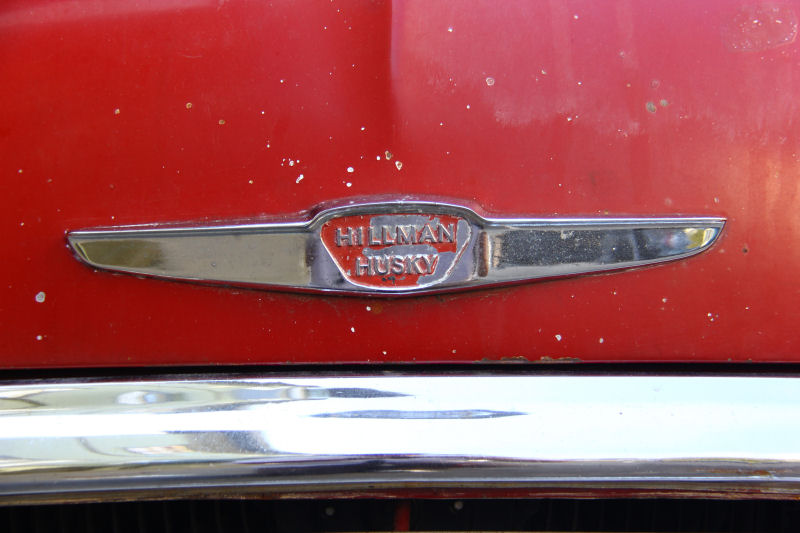 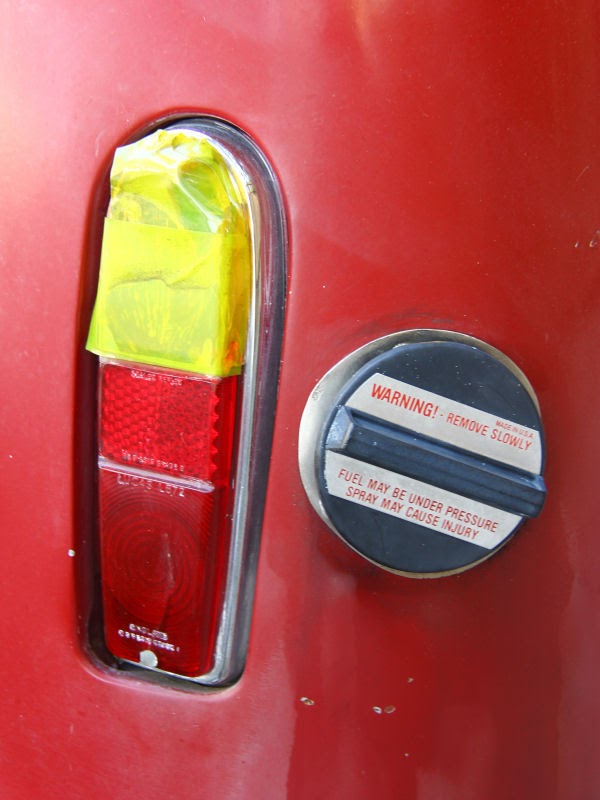 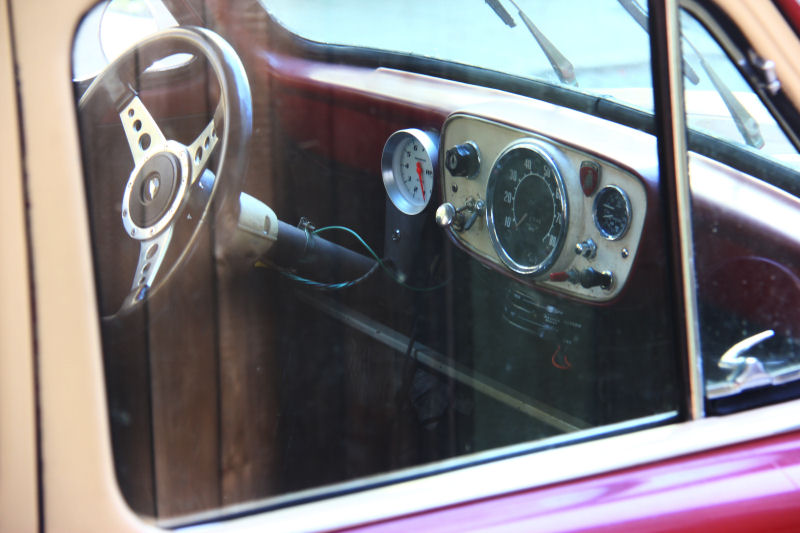 This is a Series I Husky, a fortuitous spotting I found completely by chance while searching for parking to photograph a Bradley GT kit car. Turns out the Bradley had someone sitting in it, so I let it go, but this Hillman posed quite nicely. And the bonus was that after I finished, within minutes I stumbled upon a 1976 AMC Pacer, which you'll be seeing at some point here. San Francisco is just full of weird and wonderful old cars. The slotted mag wheels on this diminutive van are an odd addition that make it appear just a little tougher. I'm not sure what the plan was, though, with the mismatched paint patches all over. Otherwise the body looks pretty much original and solid.
Posted by Jay Wollenweber at 12:00 AM