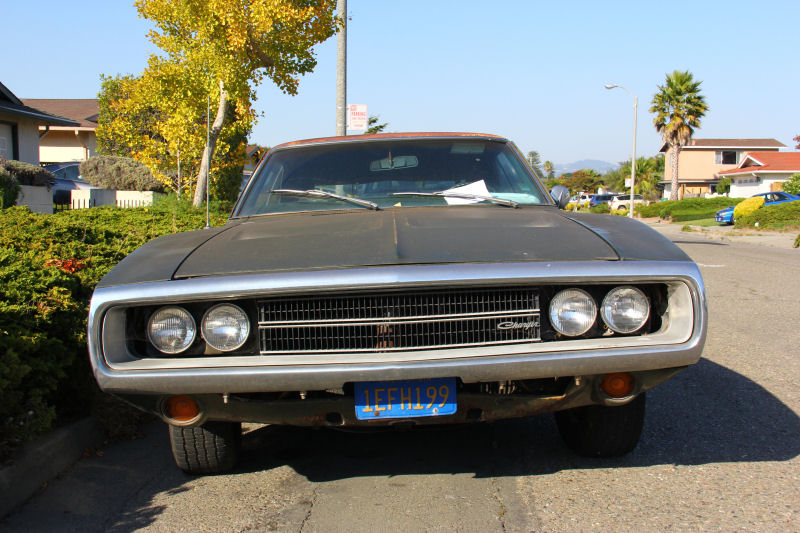 Ask a person about the 1968-1970 Dodge Charger in popular culture and you'll get three answers. Older people will probably say the bad guys' black '68 R/T in Bullitt's famous chase scene. Young people might say the black '70 drag car driven by Vin Diesel in a couple of the Fast and the Furious movies (he also drove a modified '69 Charger Daytona replica in Furious 6). And most everyone knows a certain gravity-defying orange '69 R/T with the doors welded up and a horn that plays Dixie. Incidentally, virtually all of those cars were destroyed in filming their respective roles. But this green '70 Charger has survived and lives a quiet life in suburban Alameda. 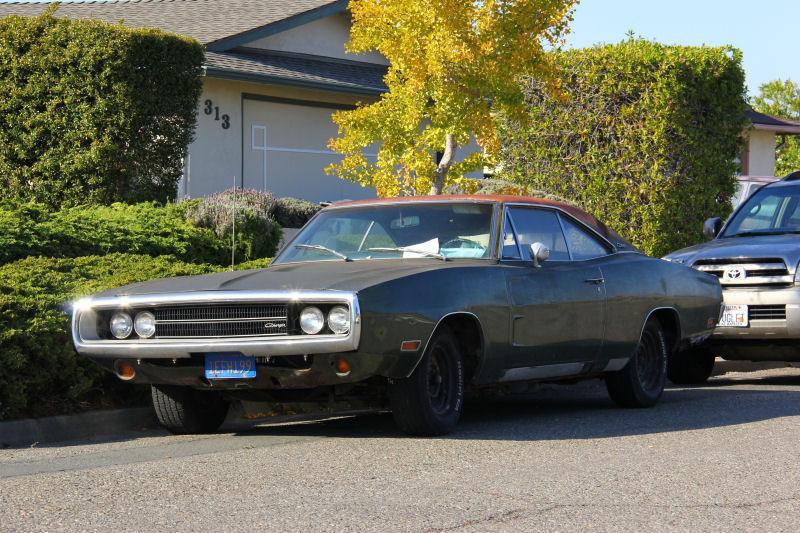 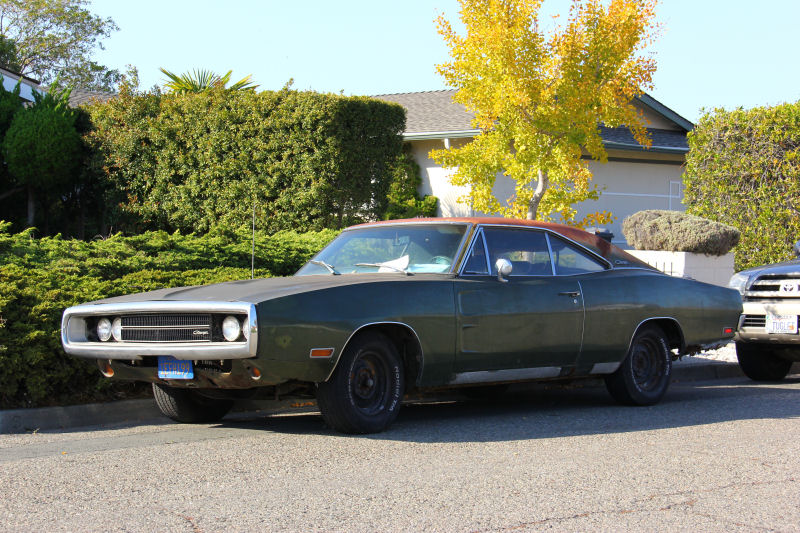 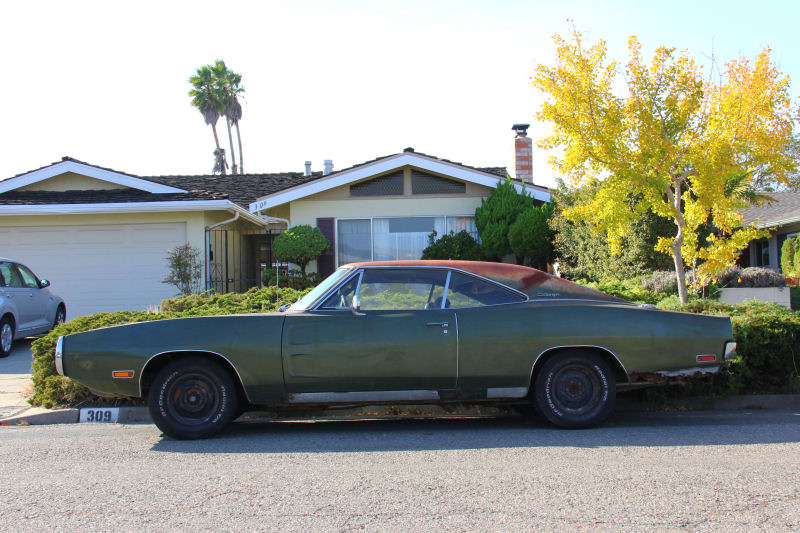 In 1970 the Coke-bottle Charger was still a proper big muscle car, though its days as such were numbered. Dodge was readying an all-new car for 1971 with styling more in keeping with the "Fuselage" design language on other Chrysler products, and a focus more on personal luxury than outright performance. In the meantime, the Charger received new electric-operated headlamp covers, a new full-width grille and a thin chrome bumper that wrapped all the way around said grille. Round parking lights/turn signals were changed to orange this year and the taillight panel was refreshed slightly. Luxury performance was beginning to catch on with the new SE trim level introduced the previous year. Engines were mostly the same as '69: a 318 V8, 383, 440 Magnum big block or 426 Hemi. Cheapskates could still opt for a 225 slant-six. A triple two-barrel carburetor set-up, the "Six-Pak", was newly available on the 440 this year. 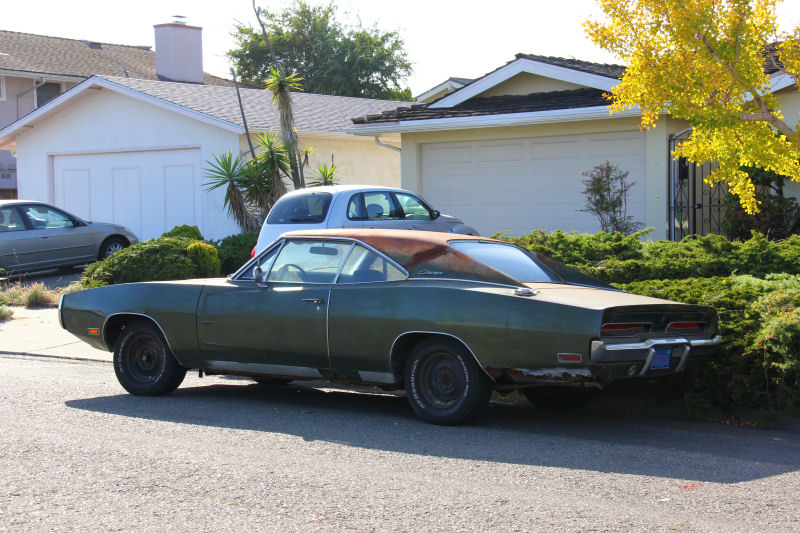 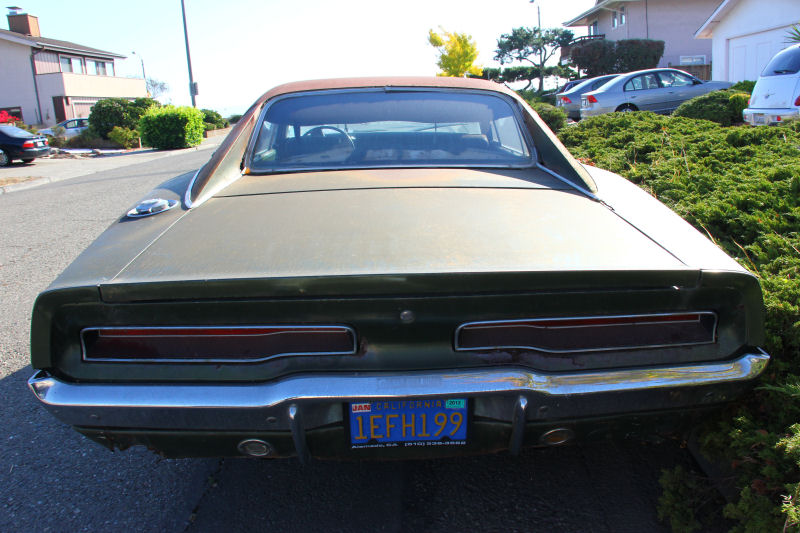 This Charger looks like a standard model in Dark Green Poly that used to have a full set of hubcaps and a color-matched vinyl top. R/T models received special badging, non-functional reverse scoops on the doors and a chrome outline around both taillamps, but none of those are present here, nor can an SE badge be found on the C-pillar, so it's likely a base model built with the optional vinyl top. Dark Green is apparently a rare color on 1970 V8 base Chargers, with only 904 built. Green vinyl tops found their way onto 1,306 V8 base cars. If this is a six-cylinder car, the number drops to 17 Dark Green cars and 8 green vinyl tops. Those production totals do not include Charger 500s or R/Ts, otherwise the total is 4,746 green cars and 5,982 green tops. (Source: 1970 Charger Registry) 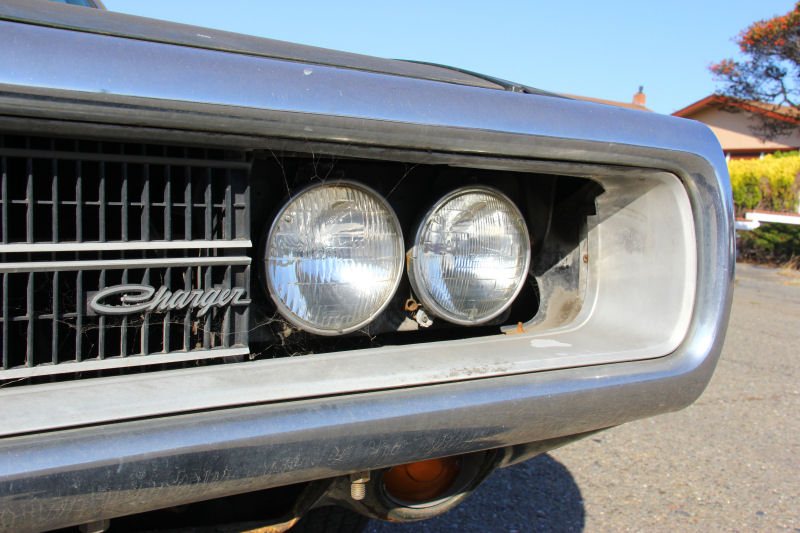 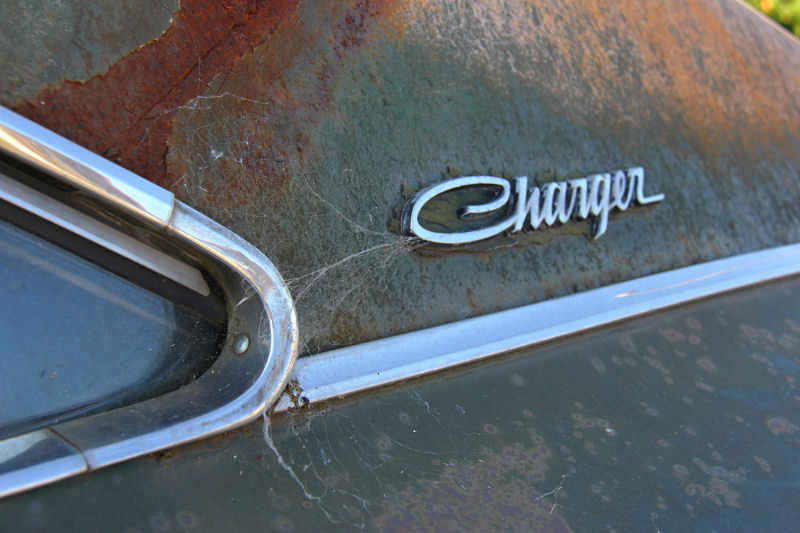 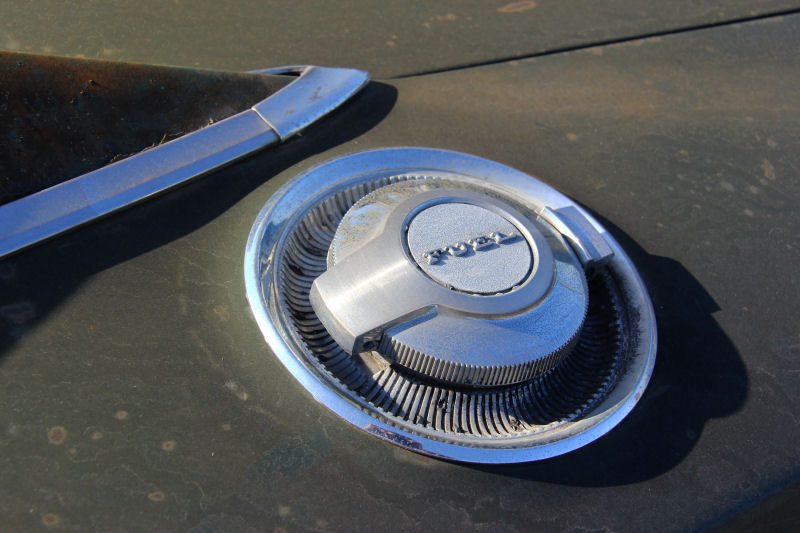 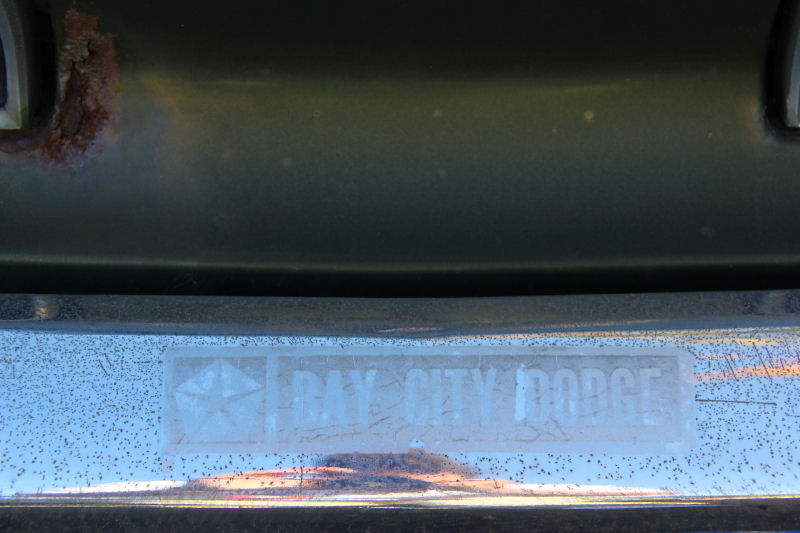 This car has suffered from some pretty unfortunate rust problems and the California license plate dates to the early 1980s. The clue to this may lie in the Bay City Dodge bumper sticker on the rear: the only Bay City Dodge dealership I know of was located in Michigan. Year-round life in the upper Midwest is tough on cars. Even now, living near the San Francisco Bay can still take its toll on cars. There's a lot of sheetmetal that needs to be replaced, though the rockers have already been fixed. Note the piece of paper on the windshield. I believe that was a note from an interested party hoping to buy the car. A Charger of this vintage is getting pretty hard to find, and most of them don't live outdoors anymore.
Posted by Jay Wollenweber at 12:00 AM