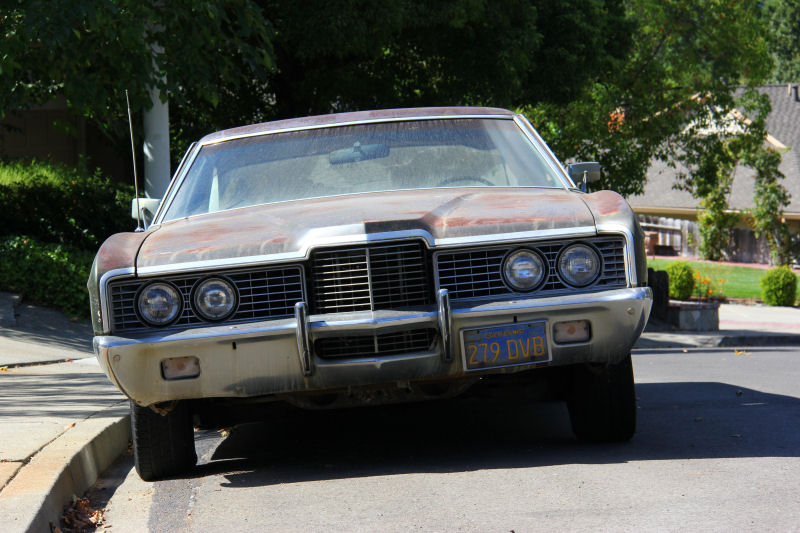 It's taken a long time, but here it is. Street Sighting number 500. To celebrate, I picked a car with that number in its name. Here's a 1972 Ford Galaxie 500 coupe. 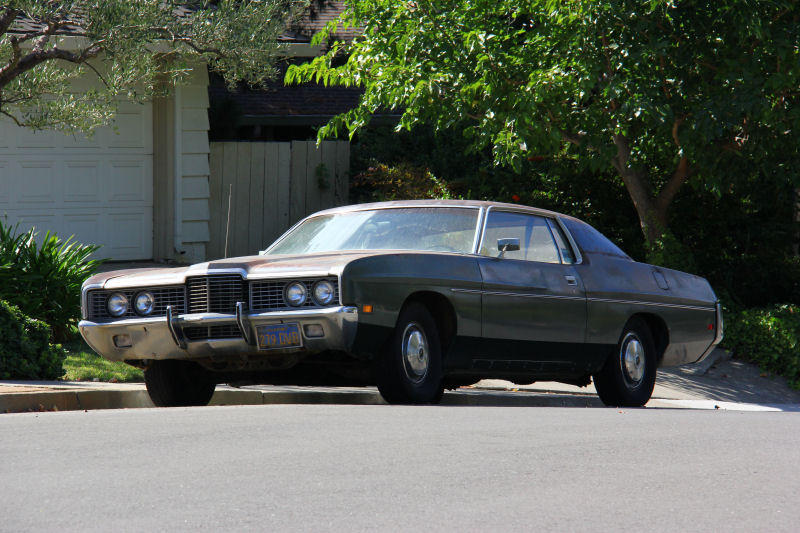 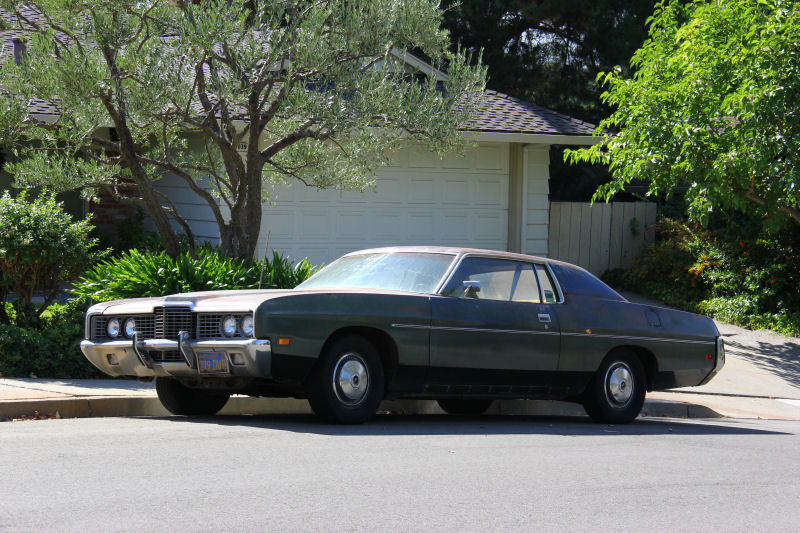 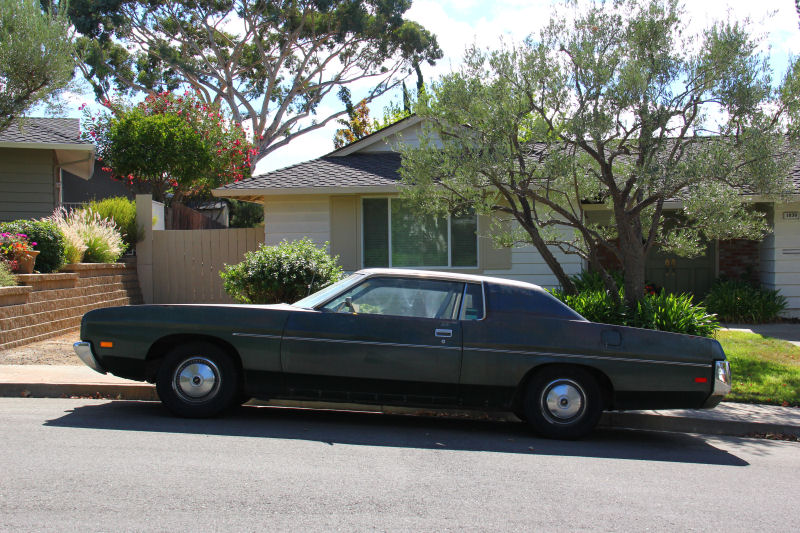 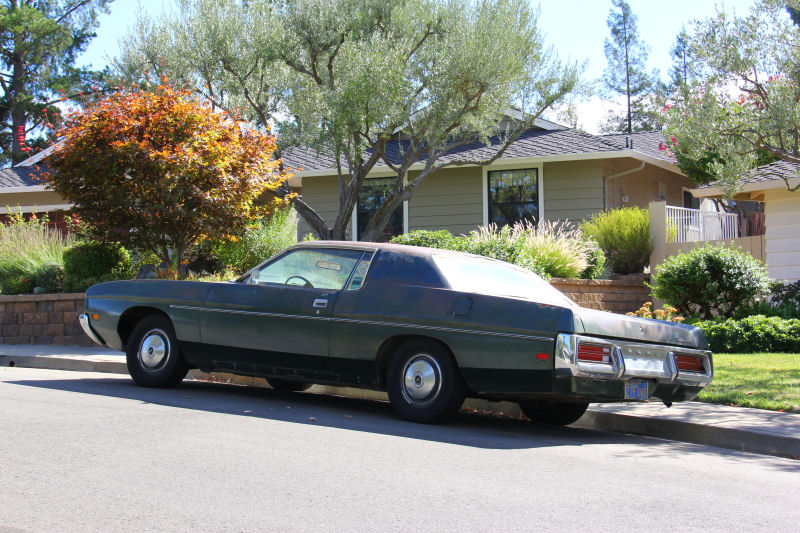 The full-size Ford lineup was heavily redesigned for 1969 and began to take on a mature, "upscale" appearance with styling that increasingly borrowed from the Thunderbird and Lincolns. The cars developed a more slab-sided look with a prominent pointy center grille. Two long creases above the wheel arches broke up an otherwise plain profile, and coupes received a massive C-pillar somewhat reminiscent of a 1970 Cadillac Eldorado. I guess this was a common thing on so-called personal luxury coupes of the era. 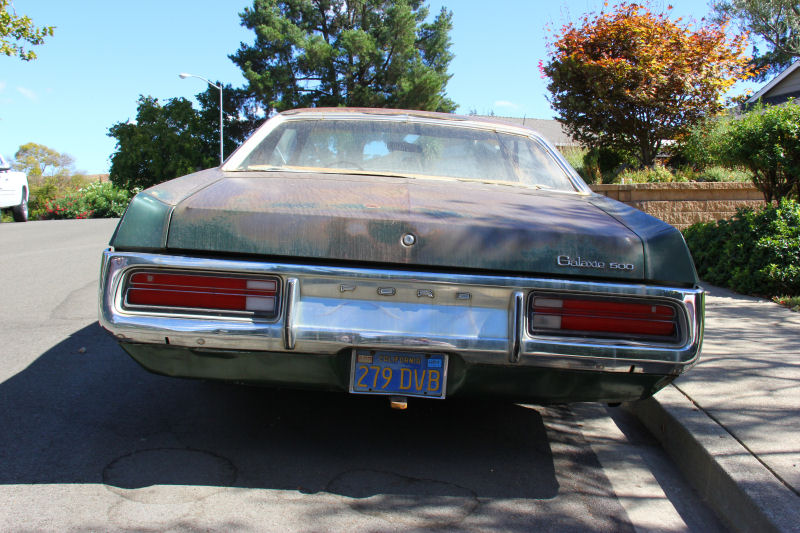 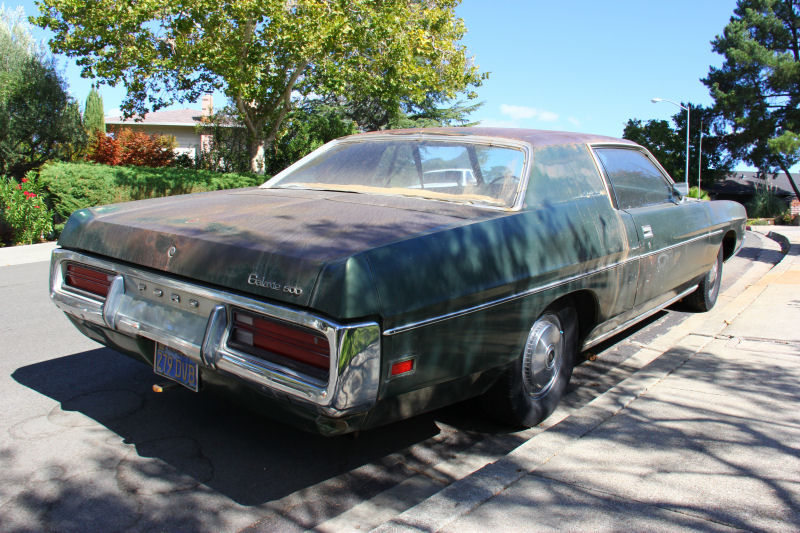 A few months ago I got hooked on a 1970s TV show called The Streets of San Francisco. The show was sponsored by Ford, so naturally almost every vehicle featured in any prominence, driven by a character or figuring in the plot, was a Ford. In season one the two main characters spent a lot of time in and around their unmarked detective's car, a brown 1971 Galaxie 500 sedan. Two chartreuse '72 Galaxies were also used in certain episodes as backup cars when Lieutenant Stone and Inspector Keller needed to be in two different places at once. Galaxies were one step up from the fleet-special Custom 500, which was popular as a police car. As such, Galaxies were mass-market big family cars and sold approximately 267,000 copies in 1972. The Galaxie 500 two-door hardtop accounted for some 80,000 of those. Ford's entire full-size lineup sold roughly 630,000 cars that year, compared to over 1 million full-size '72 Chevrolets. 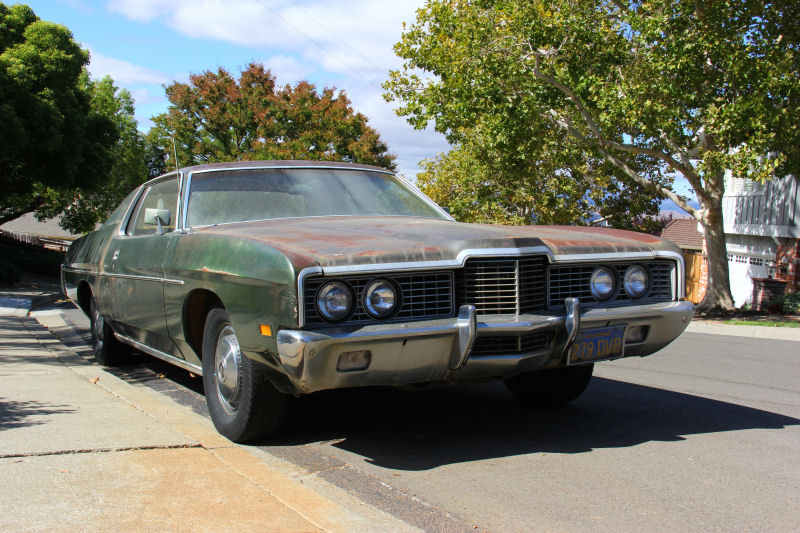 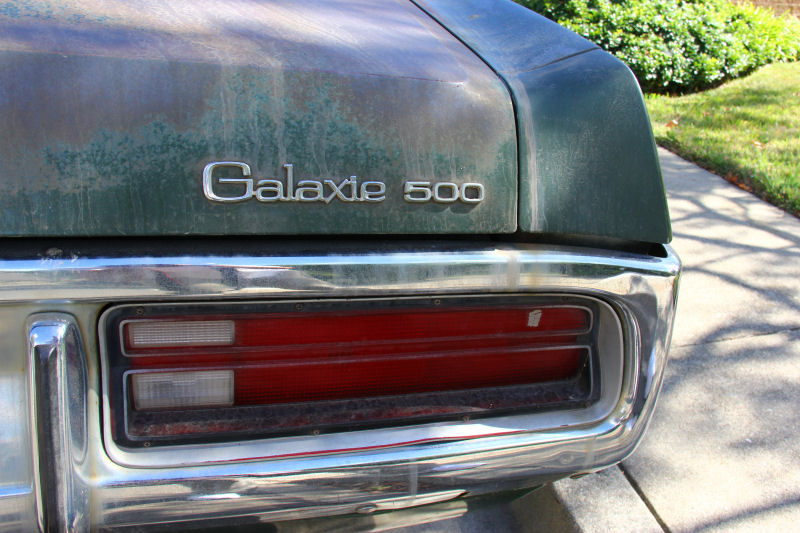 This Galaxie is a well-used example in Dark Green, formerly equipped with a vinyl top but it looks like the owner decided he wanted his hardtop to remain hard and not end up with a sunroof, if you know what I mean. Those vinyl roofs are rust traps and this one has enough of that already. I'm more partial to the wagons and sedans of this generation than the coupes, but I've always liked the front-end styling ever since I used to doodle them in elementary school. The fad of putting the taillights inside the rear bumper, a design theme prominent on full-size Dodges and Plymouths throughout the decade, is still a bit unusual. I've never known why some manufacturers did this, whether it was just a styling motif or if they thought it would protect the lights in a minor collision. This one needs work but it's still solid enough to save, and it should be saved. It's kinda cool.
Posted by Jay Wollenweber at 12:00 AM