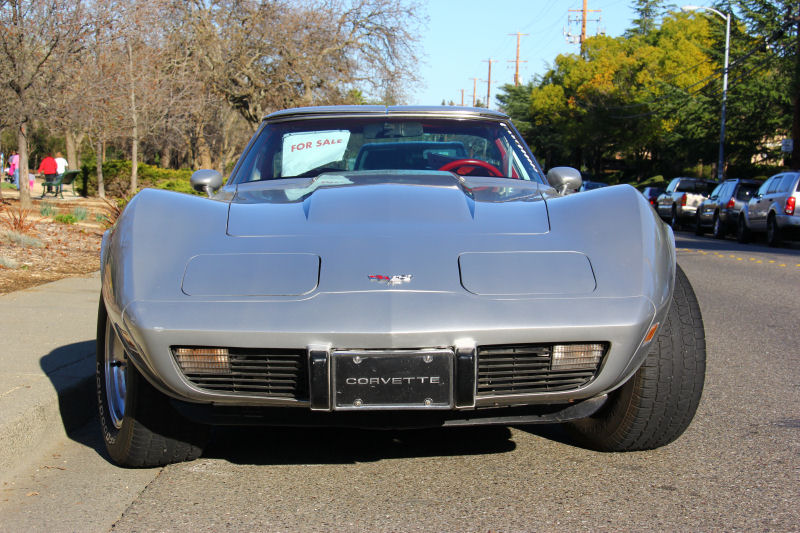 Take a look at any list of the worst Corvettes or worst sports cars and you might see a late-model C3 generation 'Vette in there somewhere. Circa 1980 the C3 Corvette was a hopelessly old, increasingly plasticky sport coupe with no convertible option and low-performance variants to comply with California's draconian emissions standards. In 1980 it was not possible to buy a Corvette in California with a manual transmission, a 350 cubic inch engine, or a horsepower rating of 200 or more. A 305 making 180 hp and a three-speed auto was all you got. And an 85-mph speedometer. Dark days indeed, and yet the thing sold like hotcakes. The year this car was built, 1979, was Corvette's all-time best sales year. Maybe buyers saw what was coming. 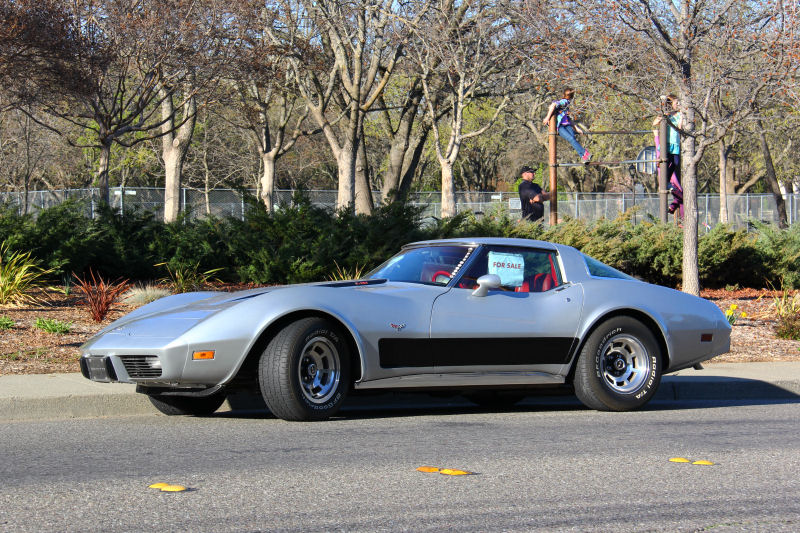 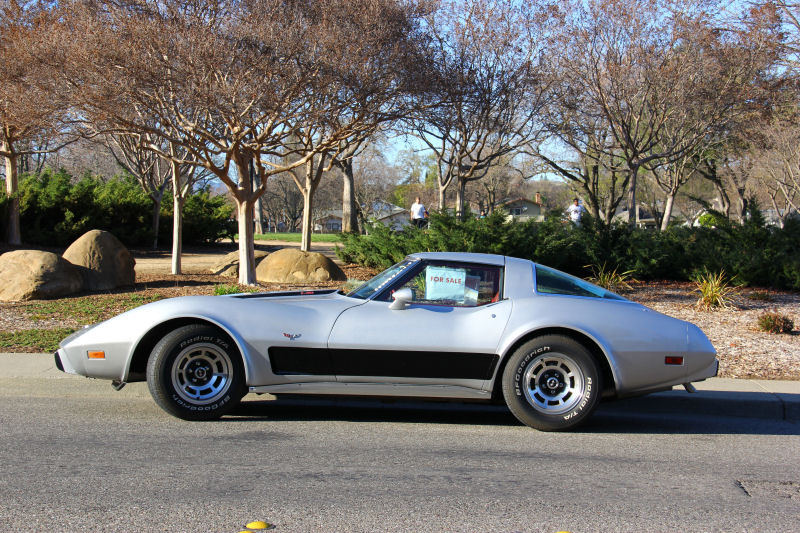 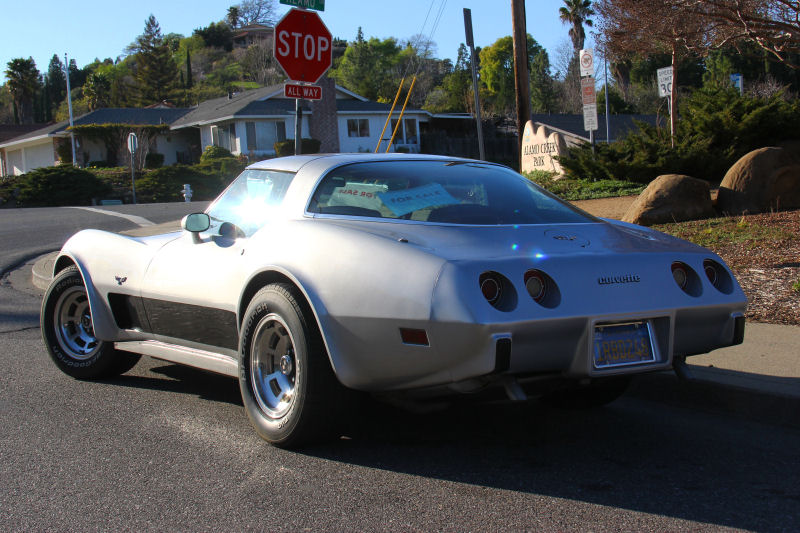 So why the heck did I take the time to photograph a late C3 in depth and write a post on it? Well, for one, I was trapped at a birthday party for my cousin's kid and this was the only remotely interesting vehicle in the vicinity. But I also found it to be a mildly special car in very good condition that appealed to me. 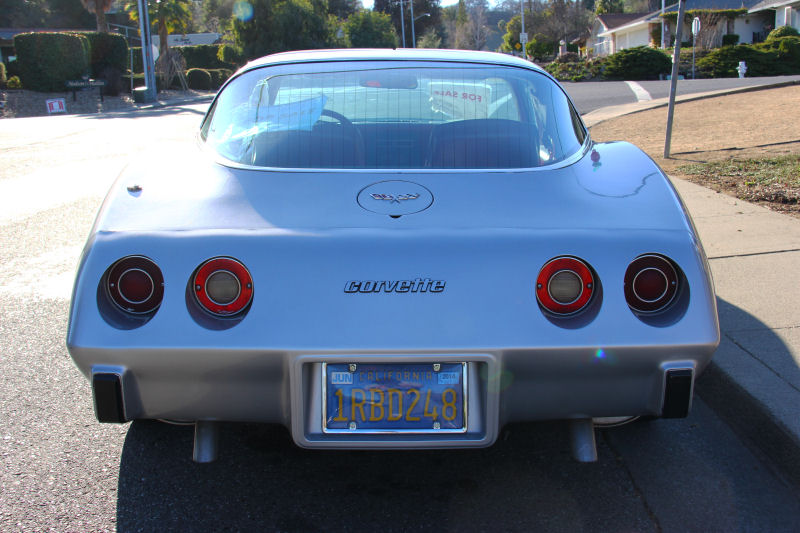 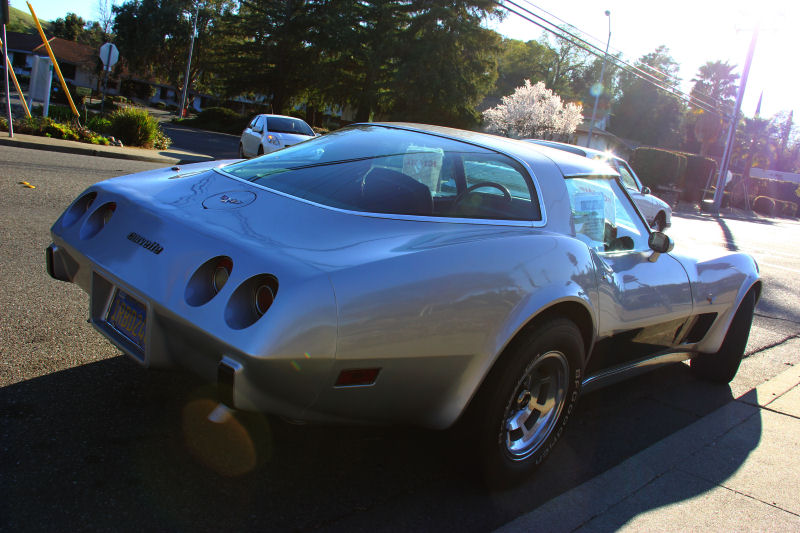 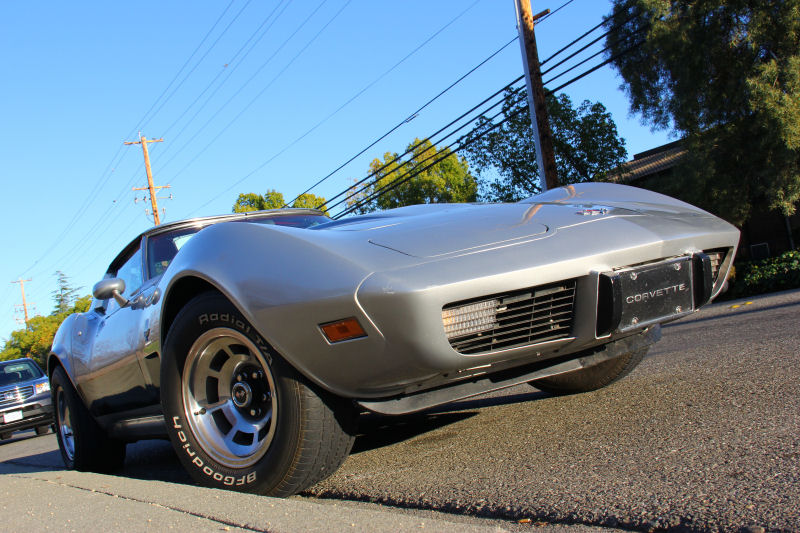 The 1979 Corvette L-82 was basically the hot version of an exotic yet slightly dull car. L-82 buyers got a 5.7 liter V8 making 225 horsepower, 30 more than standard that year. This was the last year a four-speed manual was offered on the L-82 as seen on this car. The L-82 package was not offered in California after 1975, so it's anyone's guess when this one came here. 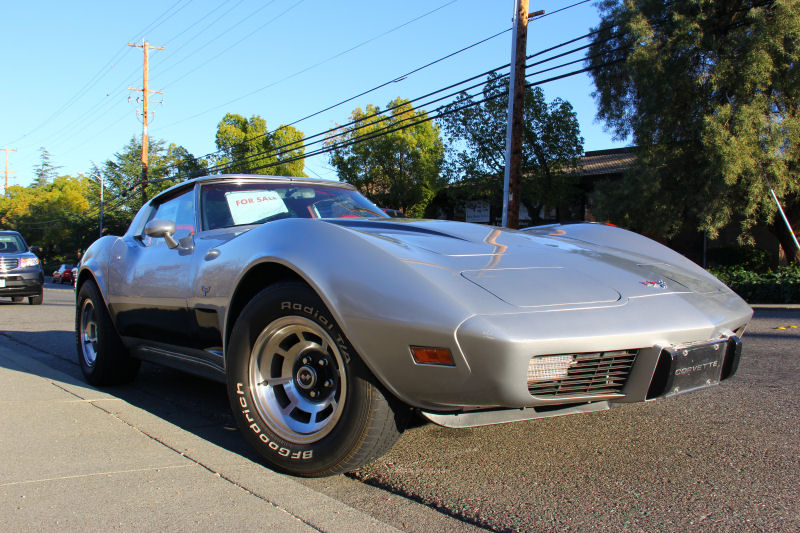 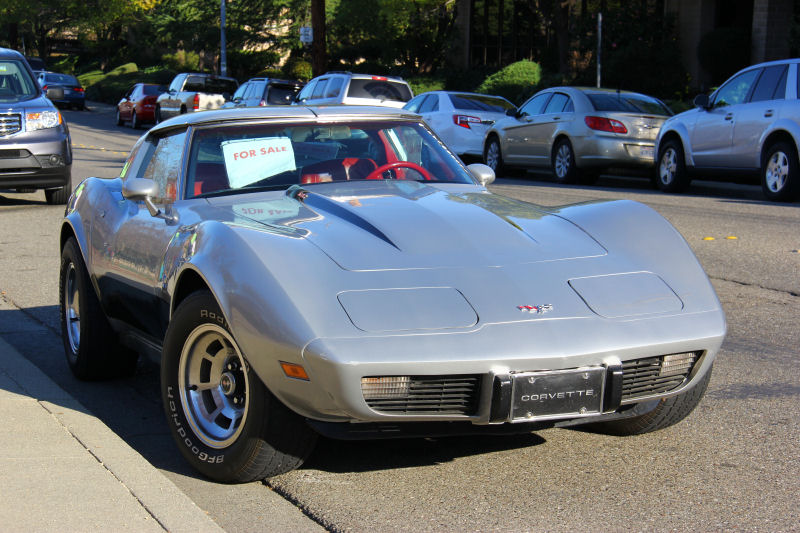 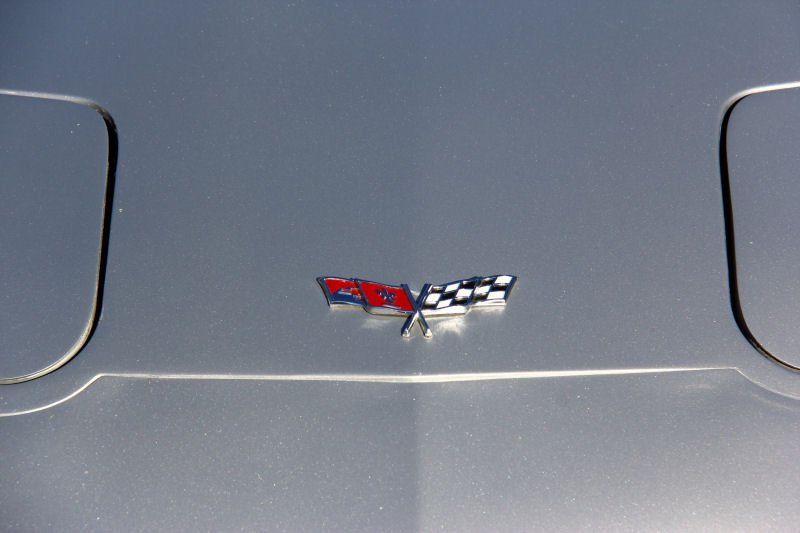 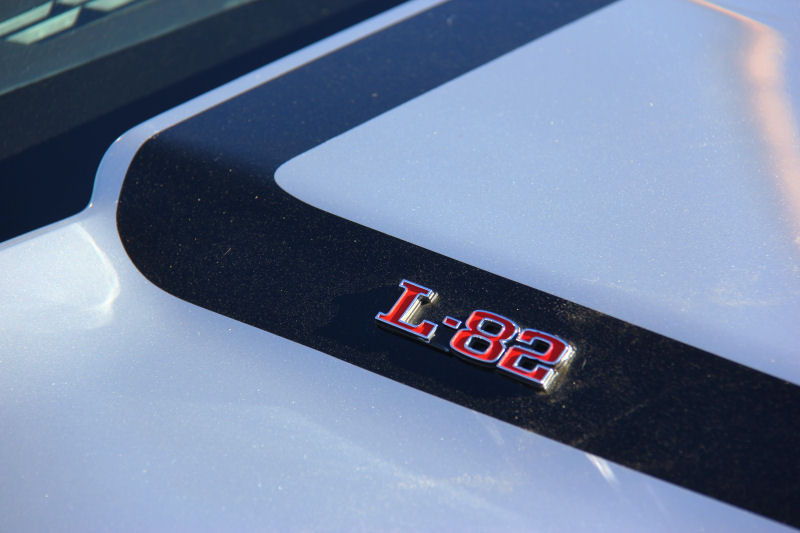 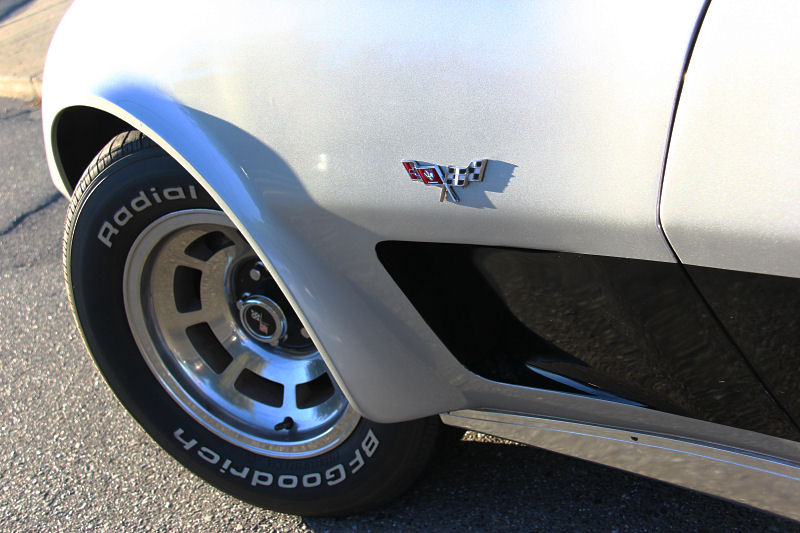 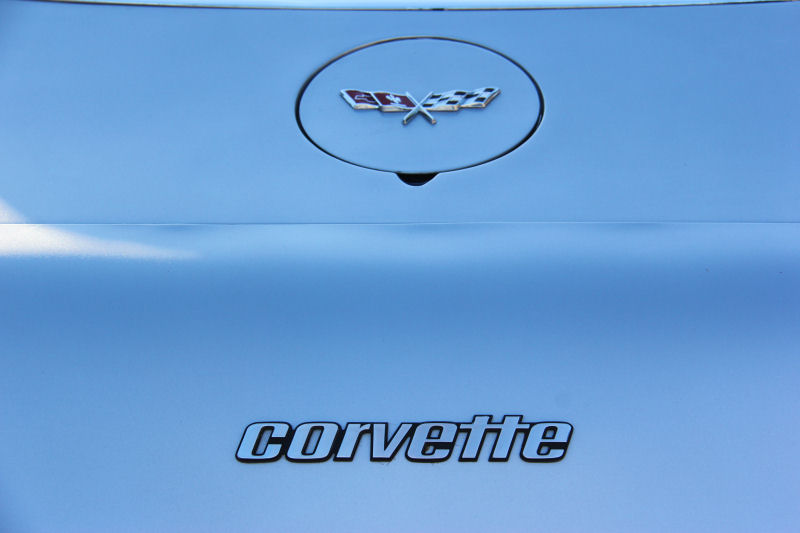 Styling has always been an important part of Corvettes and this one has made the most of it. Red-accented L-82 badges adorn either side of the power-bulge hood. Metallic silver paint with black accents running from the fender air vents to the back of the doors is an interesting look I haven't seen before on one of these cars. It reminds me of the pewter 1982 Collector Edition with its brown fade-effect side accent. Removable T-tops let the sun in. Inside, bordello-red bolstered leather bucket seats and color-matched steering wheel greet the driver. The body has been kept simple, no ducktail spoiler or curb-catching air dam. Wheels are the optional lightweight 15-inch cast aluminum units. Unfortunately the urethane rear bumper suffers the common malady of sun deformation. At least it hasn't cracked and fallen apart or severely melted like some Vettes of this era that I've seen. Until I come across a '78 Indy 500 Pace Car edition or stunningly beautiful '68-72 Stingray, I guess this will have to do. There are certainly worse ones out there.
Posted by Jay Wollenweber at 12:00 AM