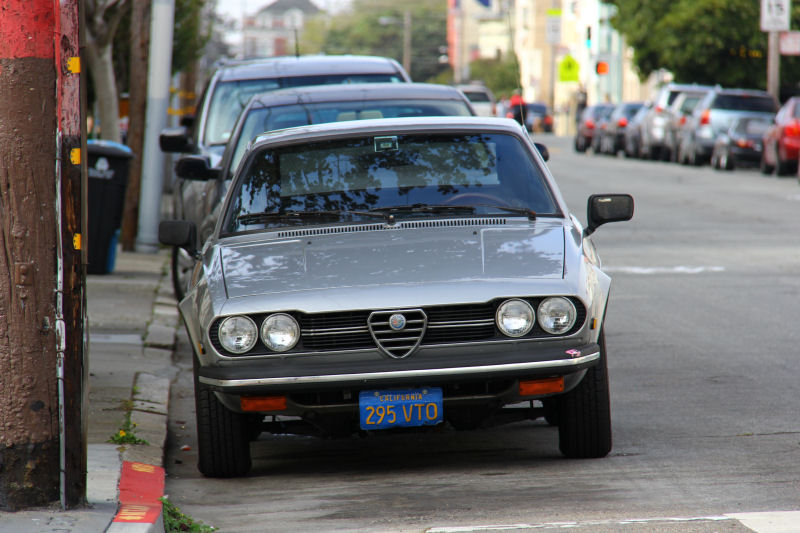 I've always liked the Alfa Romeo GTV6 of the 1980s. What I didn't know for a long time was that the GTV6 had its roots in the 1972 Alfetta sedan. The Alfetta range was expanded in 1974 when a fastback coupe, the Alfetta GT, was added. The GT initially was offered with only a 1.8 liter engine, though a 1.6 and 2.0 were added later. This was where the GTV moniker came from, the top-spec 2.0 engine. At this point it was still a pretty simple-looking package, a car that could almost wear four rings on the grille if the Alfa triangle were removed. If my comparison seems far-fetched, Google "Audi 100 Coupe S". The similarity is uncanny. I don't think Giugiaro was involved with designing the Audi like he was for the Alfetta, though the 100 Coupe S has been described by Audi themselves as having "distinct echoes of contemporary Italian car design". Funny given that it came to market more than four years before the Alfetta coupe. 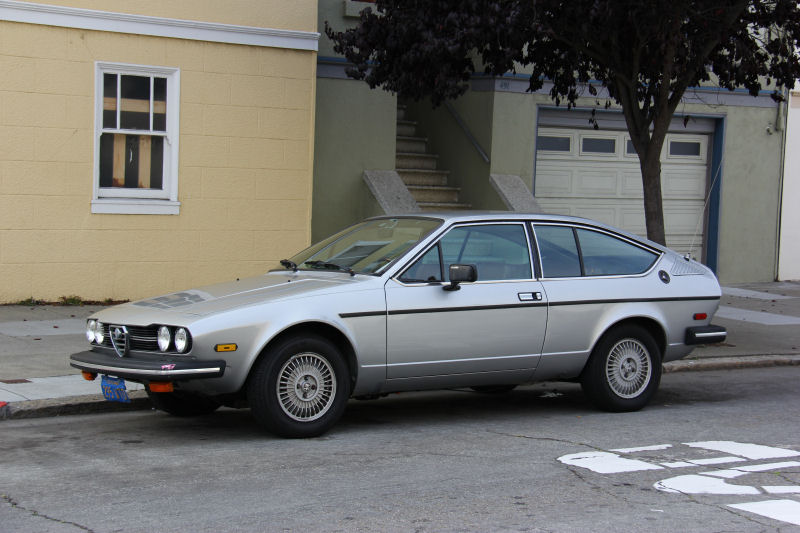 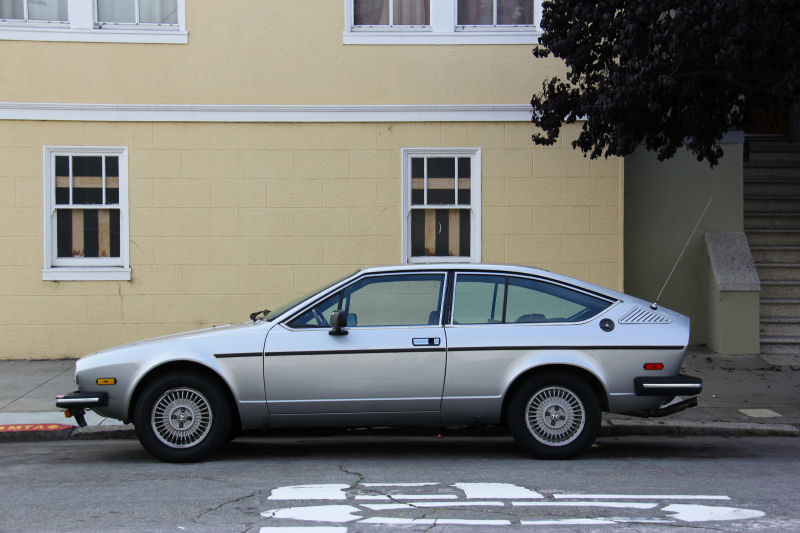 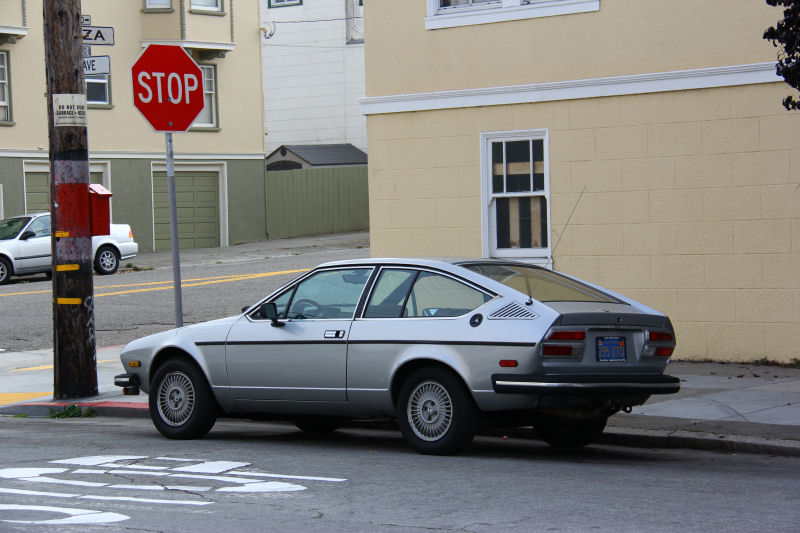 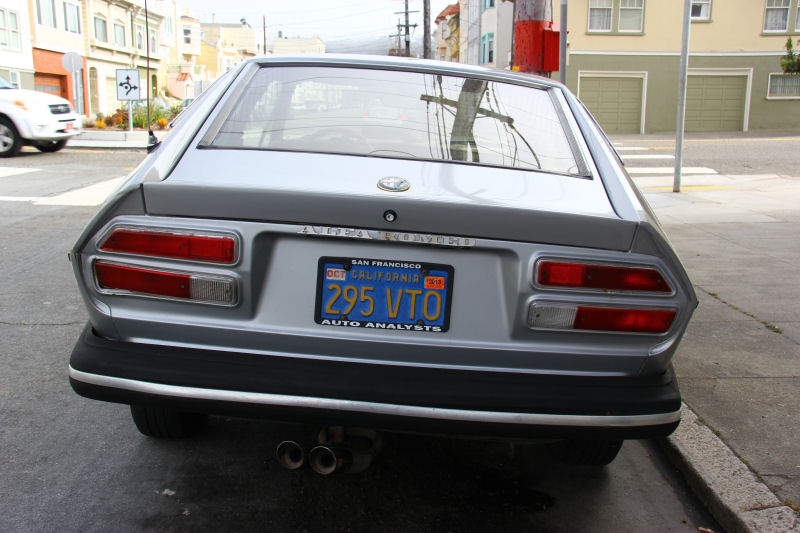 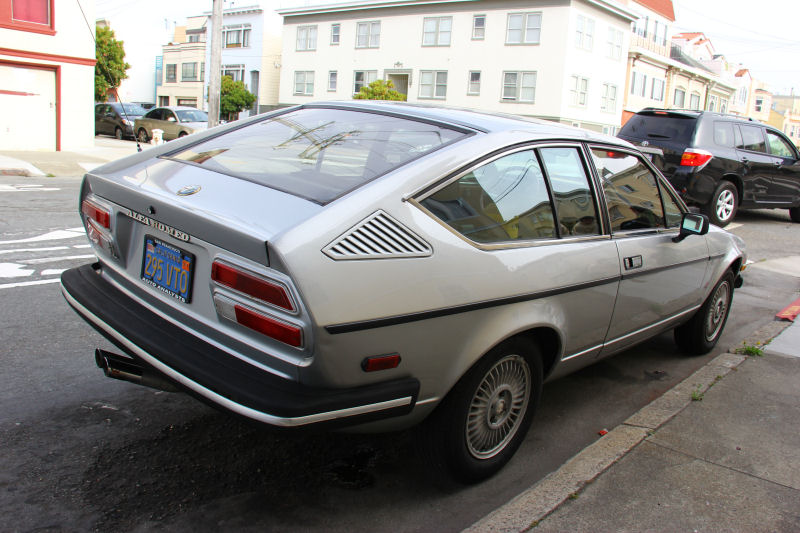 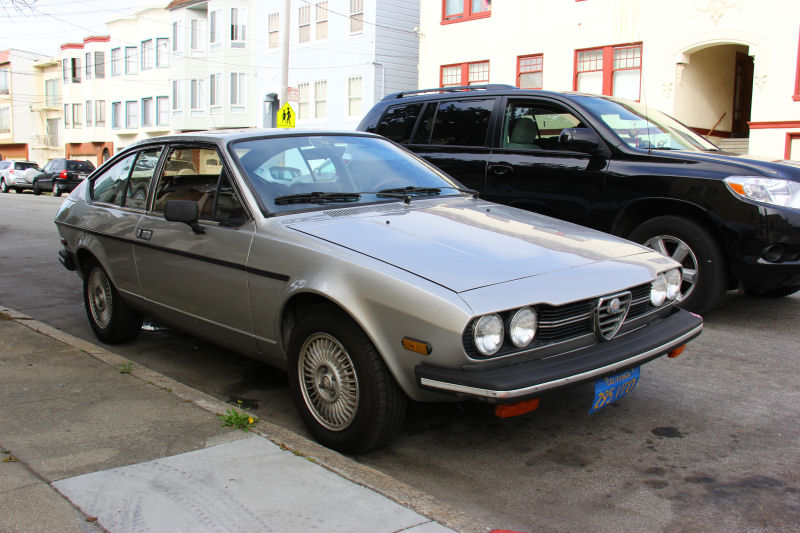 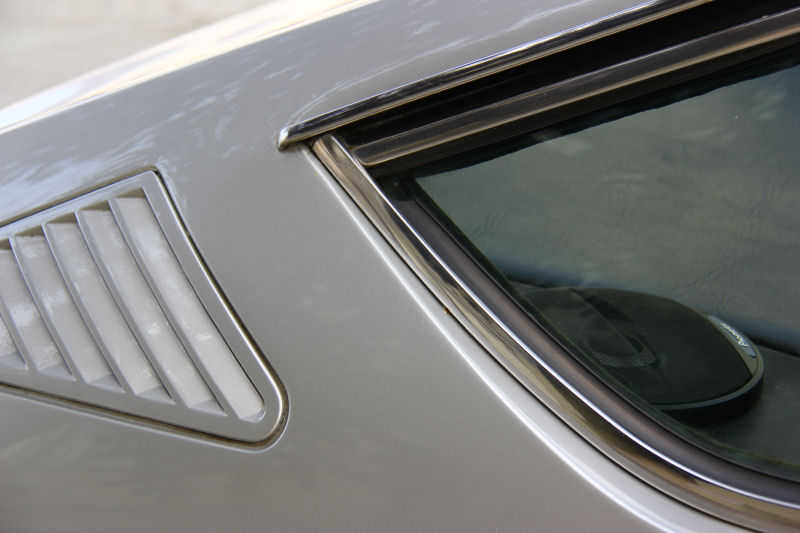 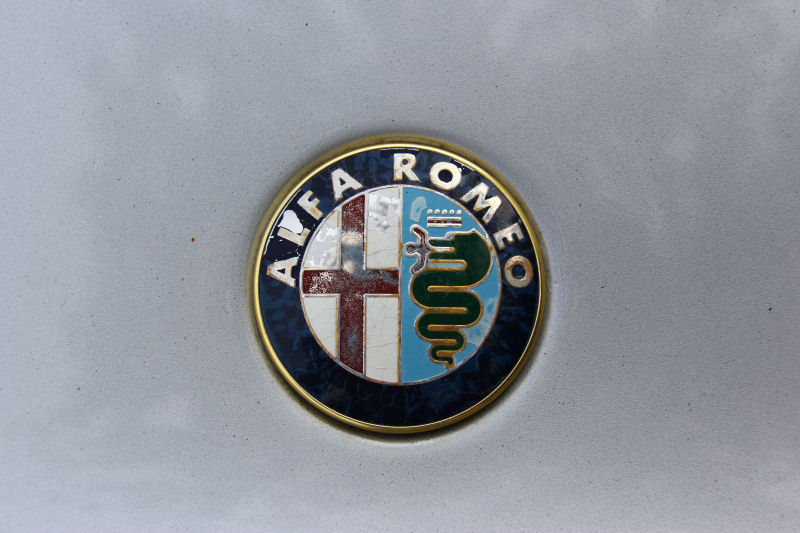 This is a nice original '78 Alfetta GT, finished in what's possibly the original metallic silver and wearing Turbina wheels. It's a nice look for it and the body is in great shape aside from a small dent in the right rear corner and some scuffs on the bumpers. The badges show some wear and there's just a tiny bit of rust starting on the taillight panel that should be checked before it has a chance to spread. Inside, the owner has installed some aftermarket Pioneer speakers for a little better music experience. Not every driver is happy to just listen to the sound of their own engine all the time, no matter how passionate they are about driving.
Posted by Jay Wollenweber at 12:00 AM