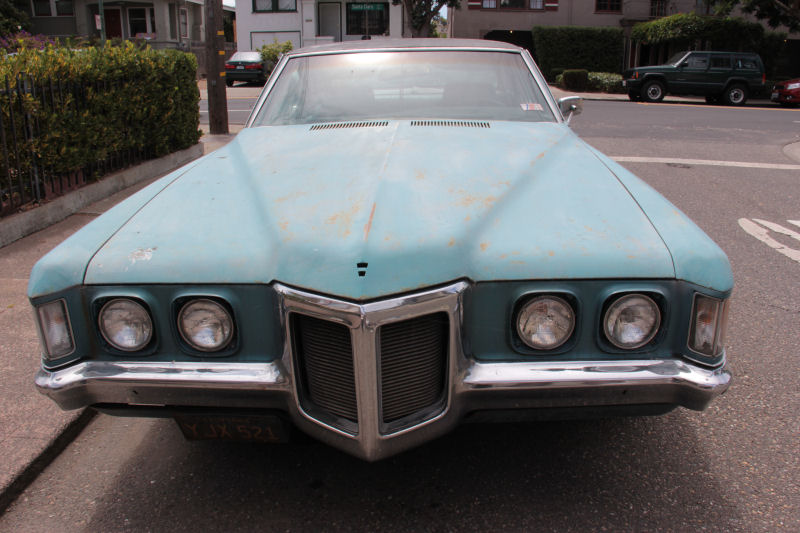 I admit that this generation of the Pontiac Grand Prix isn't my favorite. I like the earlier 1960s models including the '62, '63 and '65. These second-generation cars strike me as a slightly different flavor of the first-generation Chevy Monte Carlo, which is actually not true. The all-new '69 Grand Prix beat the Monte to market by one year, came with different engines and rode on a stretched version of the Monte Carlo's chassis. So while the Monte Carlo made the General Motors "G-body" famous, it was technically the Grand Prix that used it first. 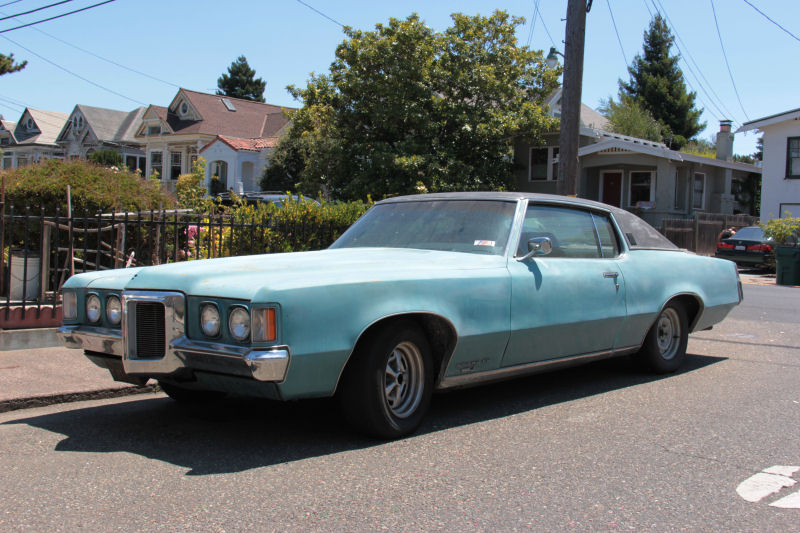 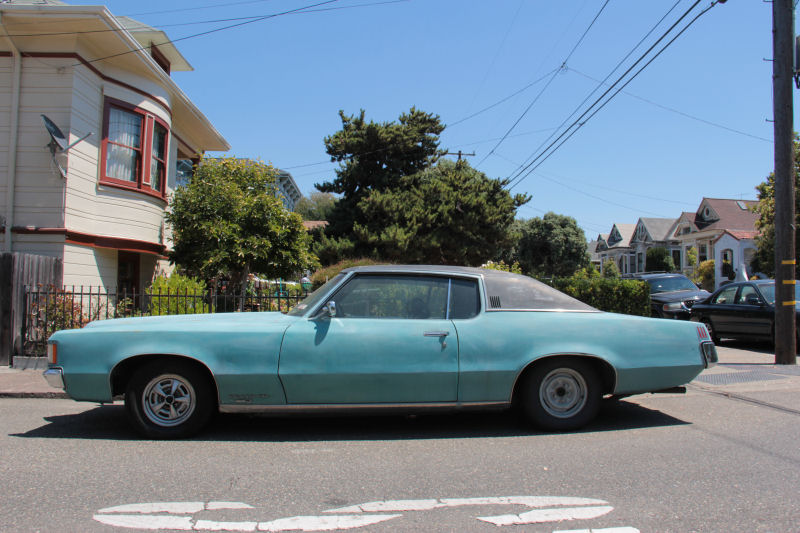 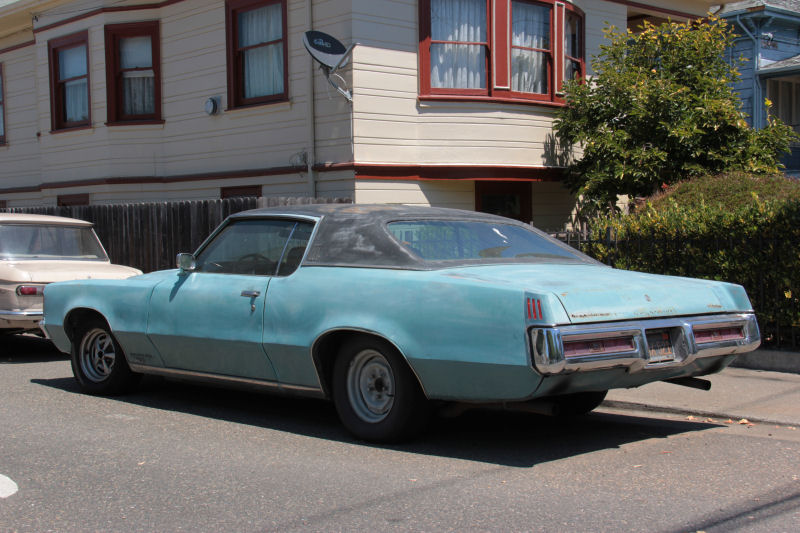 The '69 Grand Prix was supposed to be a fast personal luxury coupe, and GM didn't screw around. It was offered with a 400 cubic inch V8 standard and a high-performance 428 big block optional, and a choice of three-speed automatic or one of two manual transmissions including a four on the floor. Luxury was not ignored either. Buyers could opt for leather-trimmed Strato bucket seats, cut-pile carpeting and vinyl roof trim. This one was equipped with the vinyl top, Pontiac Rally II wheels and (I believe) the 428 V8. Recalling the luxurious Duesenbergs of the 1920s and '30s, the Grand Prix was offered in "Model J" and "Model SJ" trim levels. Model J was apparently the base model that year, and came with the 400 engine, so the 428 in this car may be a transplant. 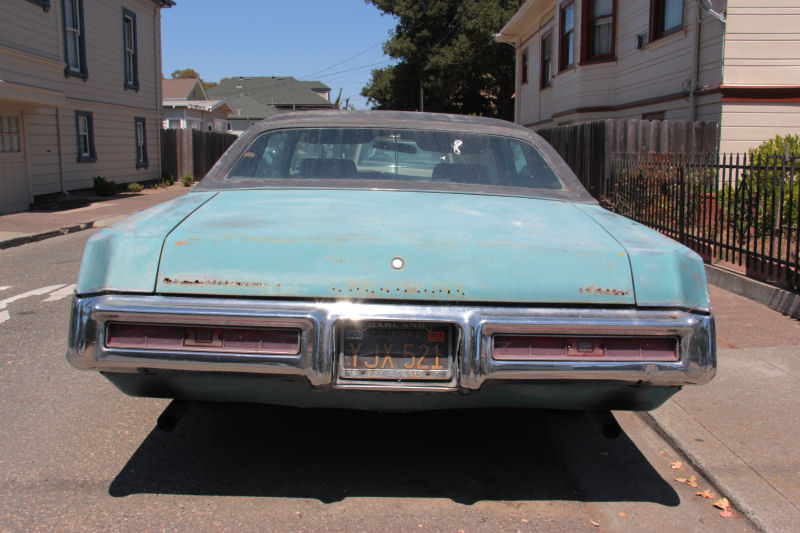 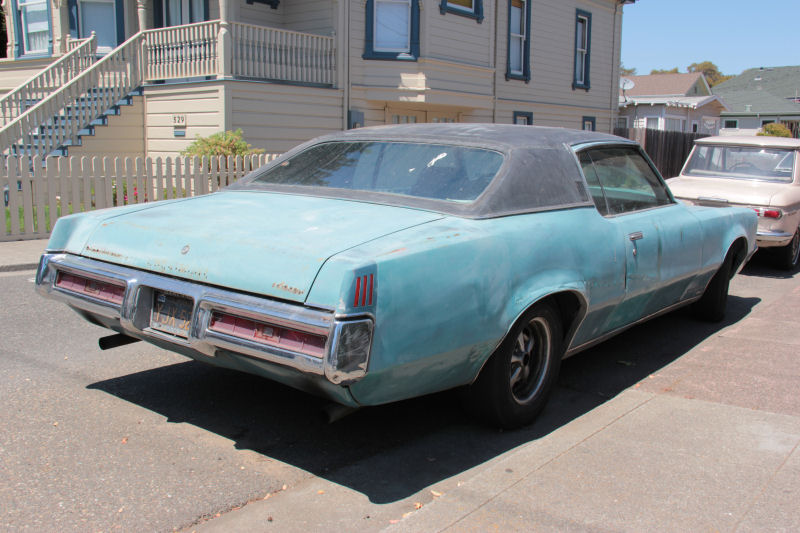 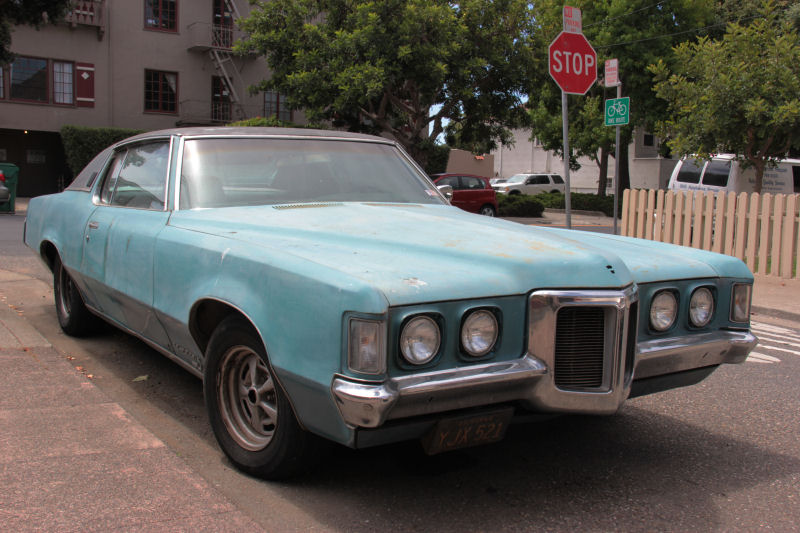 Condition of this example is fairly solid, showing its age and definitely in need of some rust repair. I spoke with the owner and he said he had plans to replace the trunk lid, do some engine work and I think he also planned to remove what remained of the roof vinyl and leave it off when he painted the car. Even in this state, he said the car had seen 140 mph on a race track in the last couple of years. I'd probably be scared to push any car that fast, let alone a big luxury coupe from the late 1960s even if it had proper radial tires. 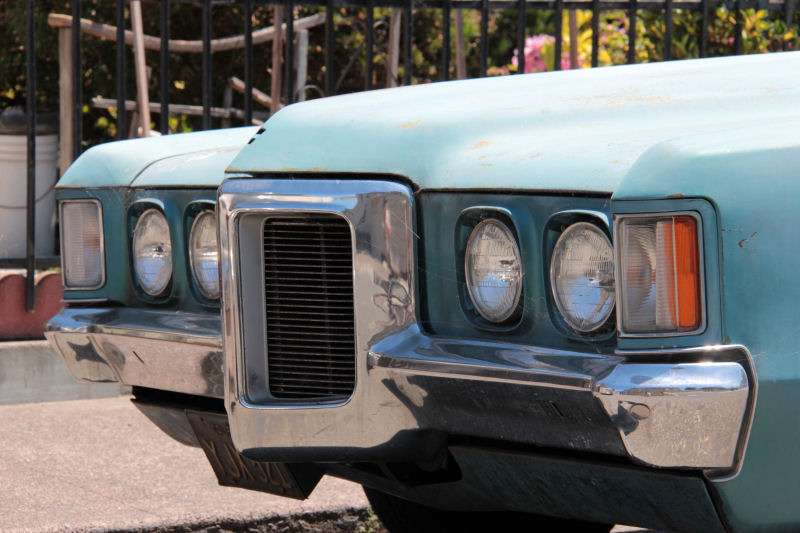 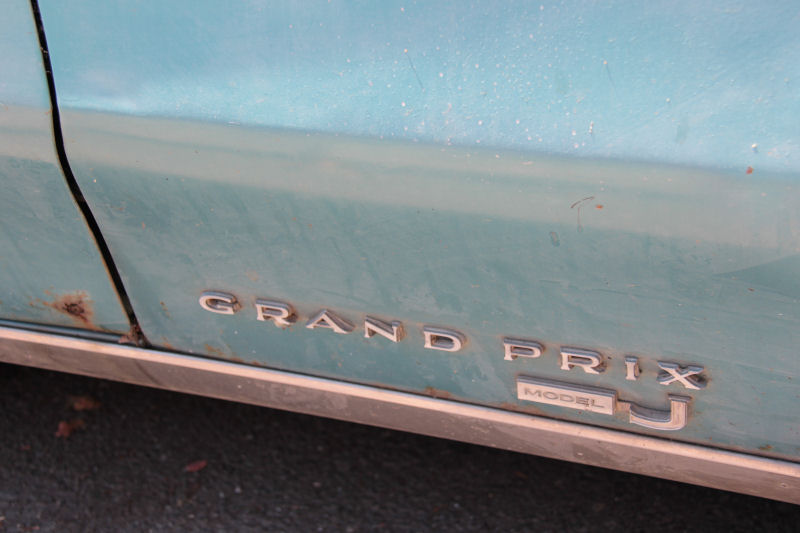 These pictures are eleven months old at the time of this writing. I'm kind of curious to see how it looks now. Also, bonus points if you spotted the Datsun 411. That's coming in the future.
Posted by Jay Wollenweber at 12:00 AM