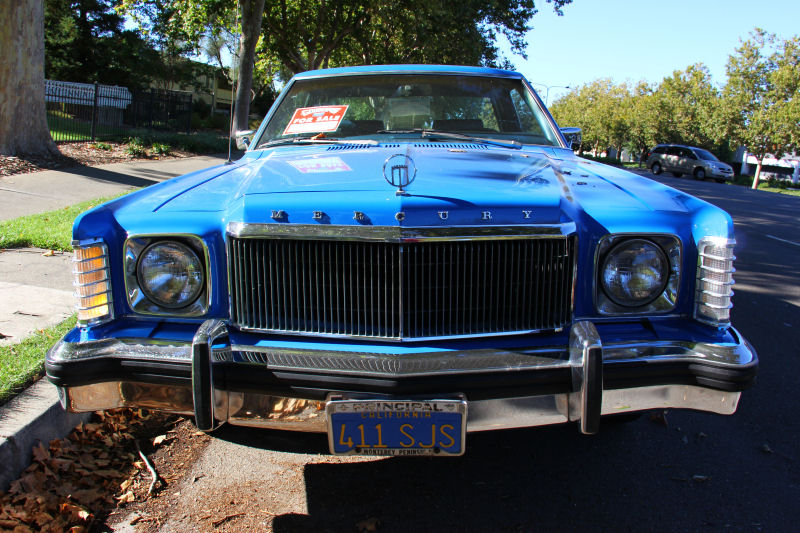 I've always kind of thought that blatant rebadge jobs were a bit silly, when a vehicle is sold under two different names in the same market with only minor differences between them. It works great if you're the manufacturer and your two models have simple bolt-on pieces to differentiate them; it's a cheap way to create a luxury variant. That's the formula Ford used for the Ford Granada and Mercury Monarch. The Lincoln Versailles was the ultimate form of the Granada, and had some of its own unique sheet metal. But the Monarch was a Granada with a slightly different front clip, slightly different taillights and a Mercury hood ornament and badging. Inside, the Monarch came with special parts like a center console taken from the Versailles, and ... um... Mercury badges. There was a fancier Grand Monarch Ghia from 1975-76, but I assume it didn't sell well enough to continue production beyond that. Engines and transmissions were the same as the Granada, two straight sixes and two V8s. 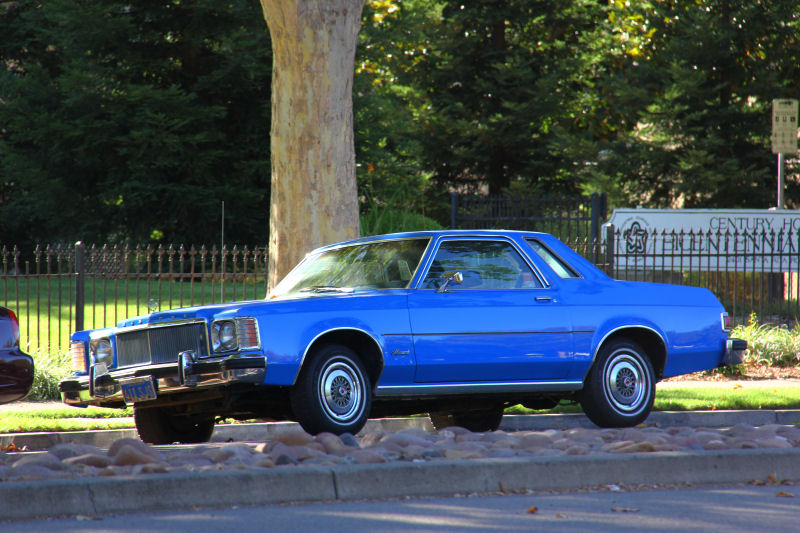 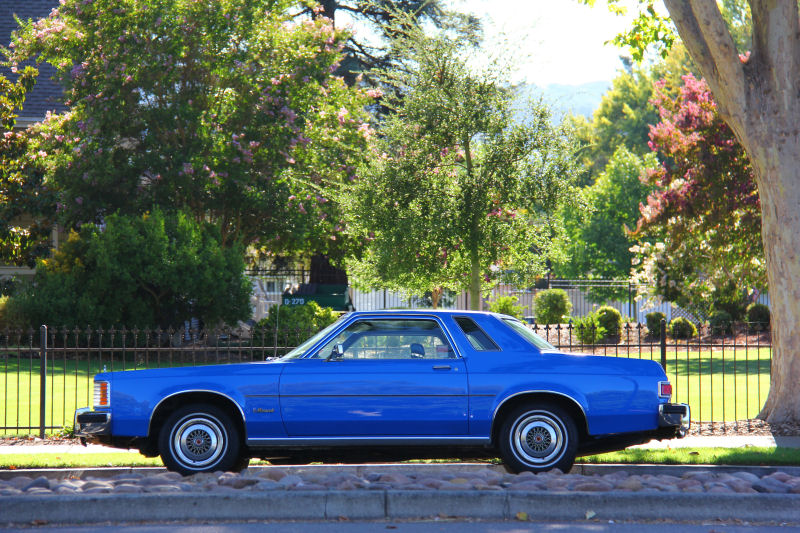 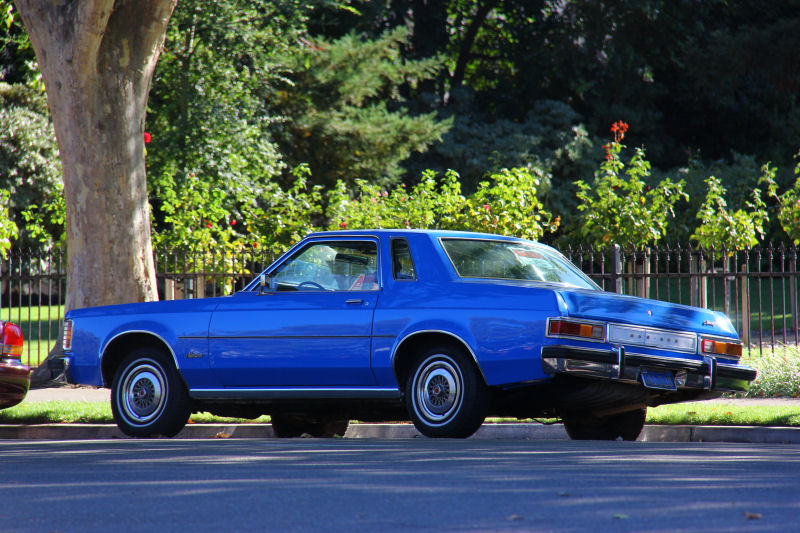 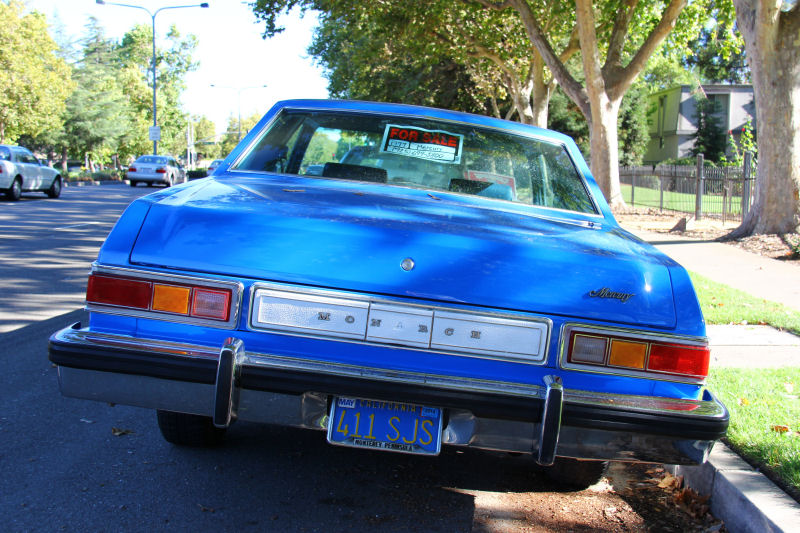 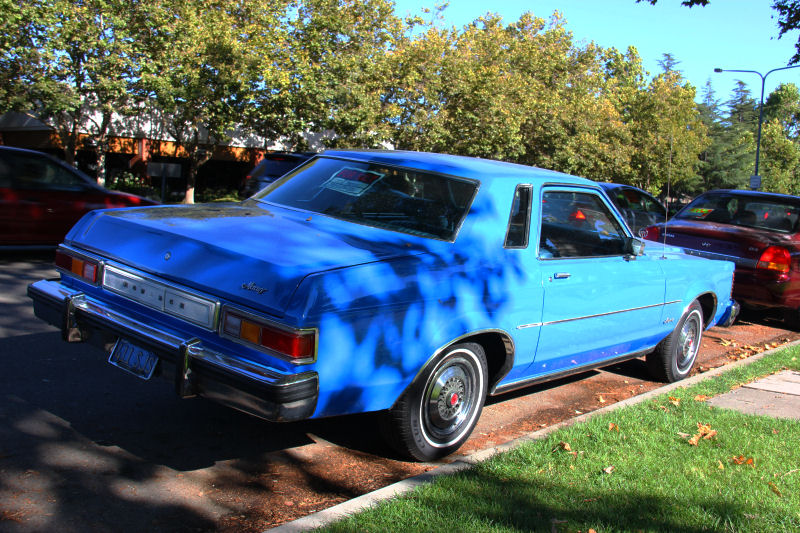 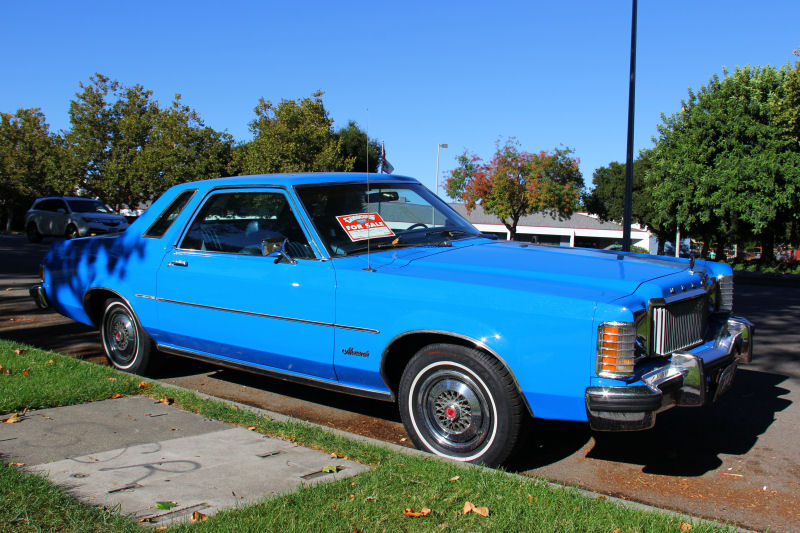 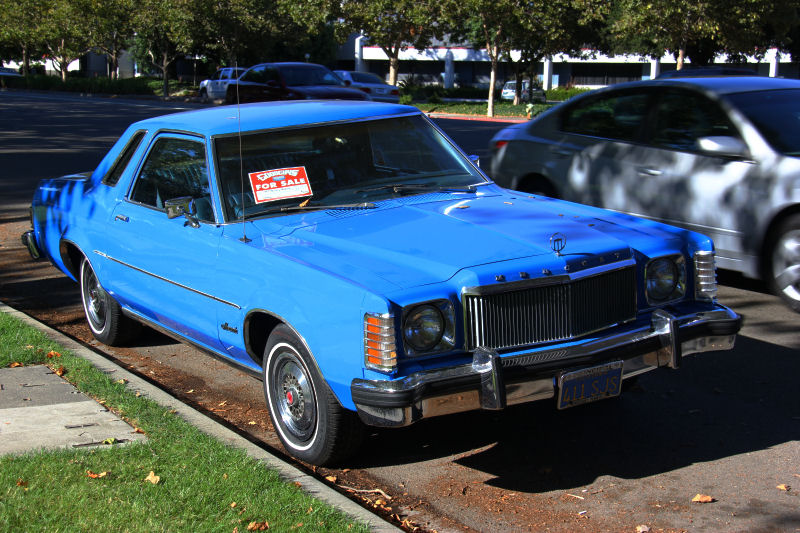 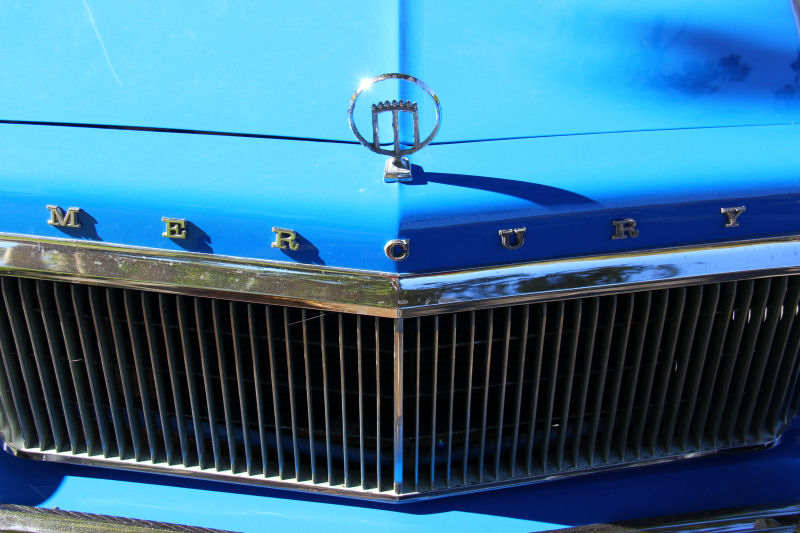 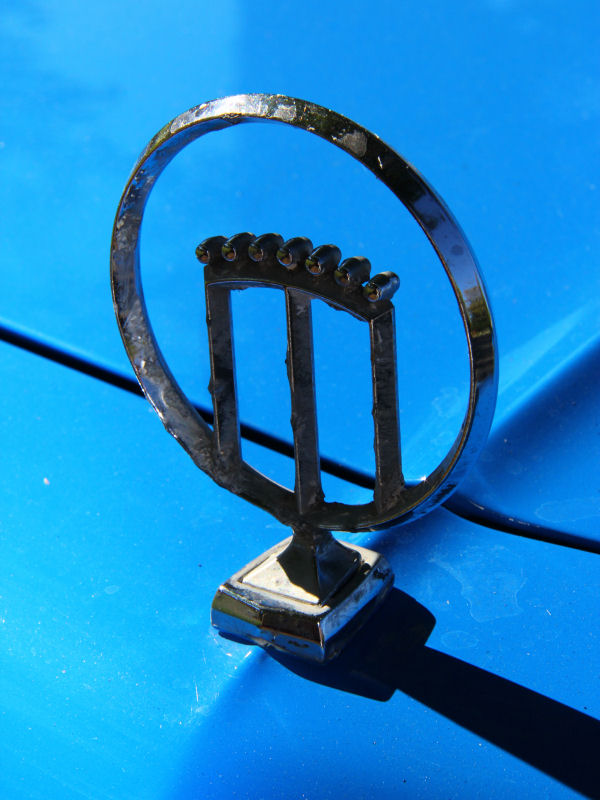 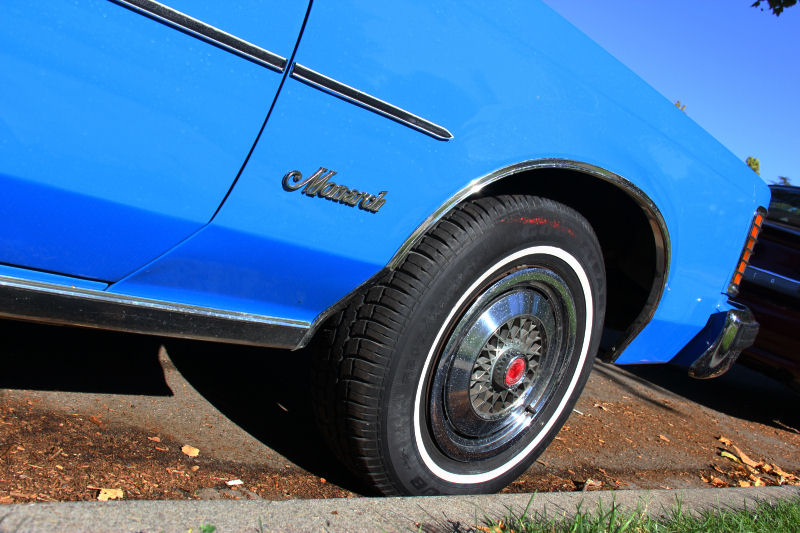 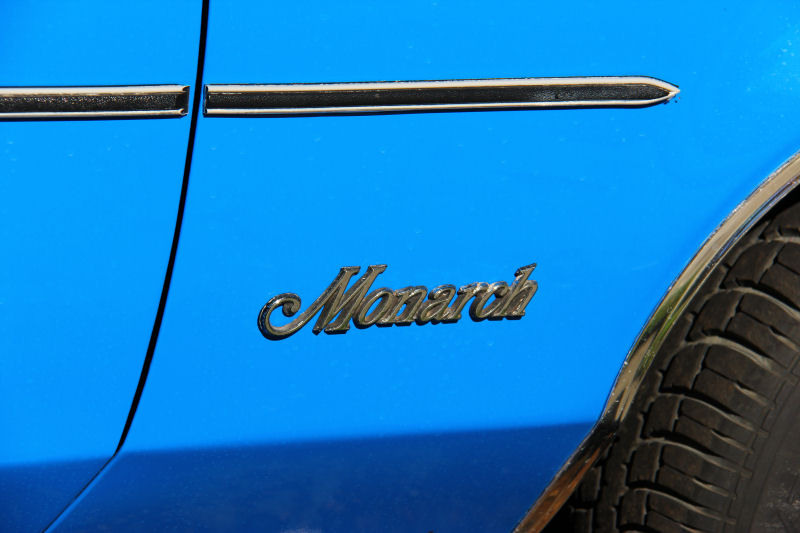 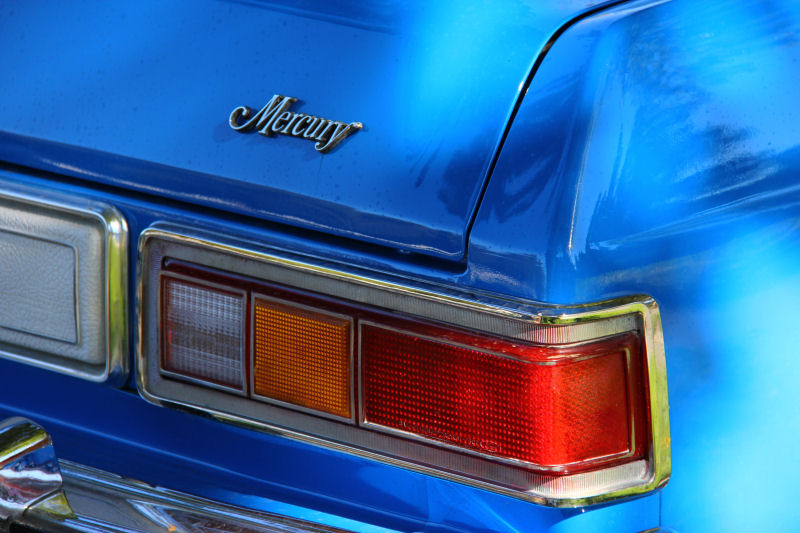 This is a very clean car, a nice straight Monarch coupe with the 302 V8 and automatic transmission. Color looks like Bright Blue Poly, a color I mistook for a generic but fairly well-done Maaco repaint. Actually, it could still be a repaint. There's some blue chipping off of the script badge on the fender. Aside from that, all that's missing is the A from the Monarch lettering on the taillight panel. The body is in great condition. For a Malaise-era Ford product with its roots in the 1960s Falcon, you could do a lot worse than an affordable near-luxury coupe with a V8.
Posted by Jay Wollenweber at 12:00 AM