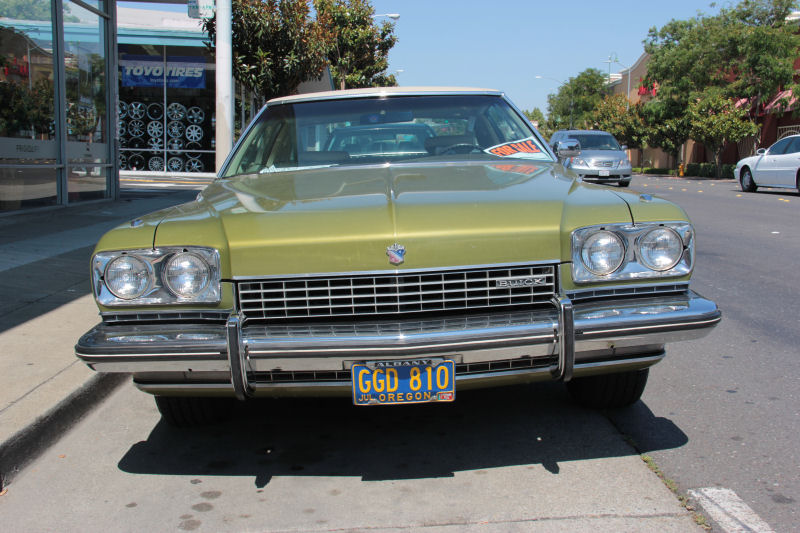 The word "Limited" connotes a variety of different things. Limited production indicates exclusivity, limited options indicates few available extras or choices, limited capability indicates that something is not very good at what it does, limited top speed means governed so it cannot go any faster. In every case, there is a limit which keeps there from being too much or too many of something. It makes the term popular for use on the most luxurious trim level of an automobile whose intent is to at least make you think your neighbors won't all have one. 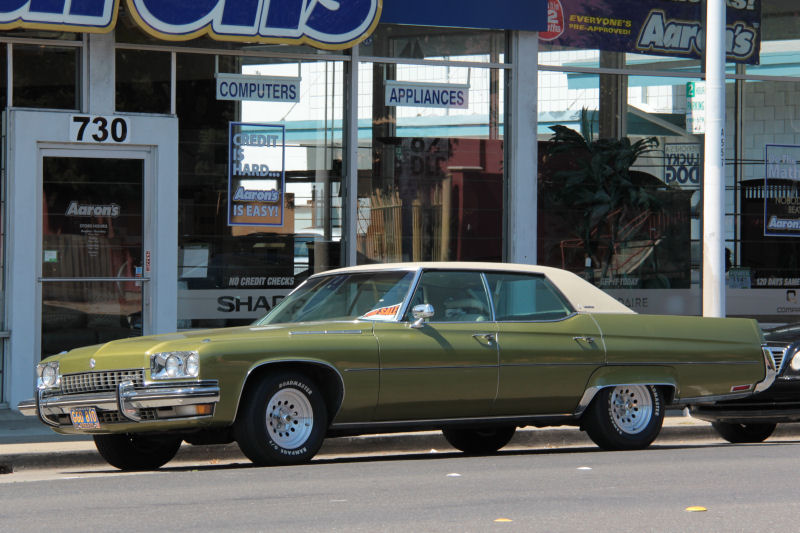 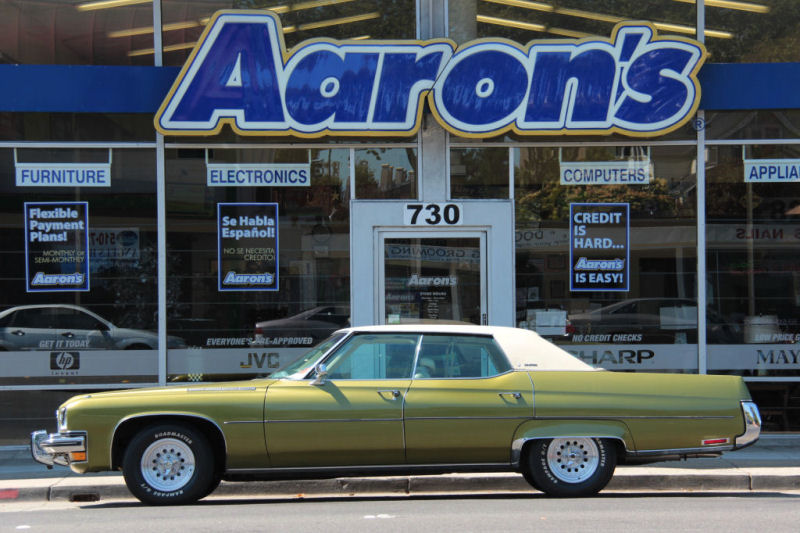 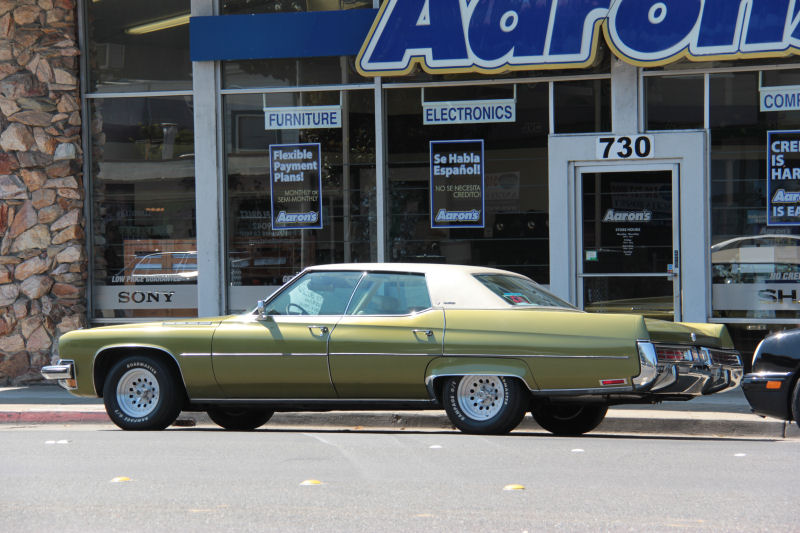 Whole treatises have been written about this kind of thing, fake luxury and whatnot, claiming that it all came about because car company executives preferred driving Lincolns or Cadillacs or Imperials and hated being forced to drive lesser cars from their own brands. So they ended up with these vinyl-topped, luxury-laden chrome boats frequently named after symbols of wealth or prestige, often saddled with the word "Brougham" in there somewhere. This '73 Buick has been spared the Brougham moniker, but the former Electra 225 Custom was now the Limited. 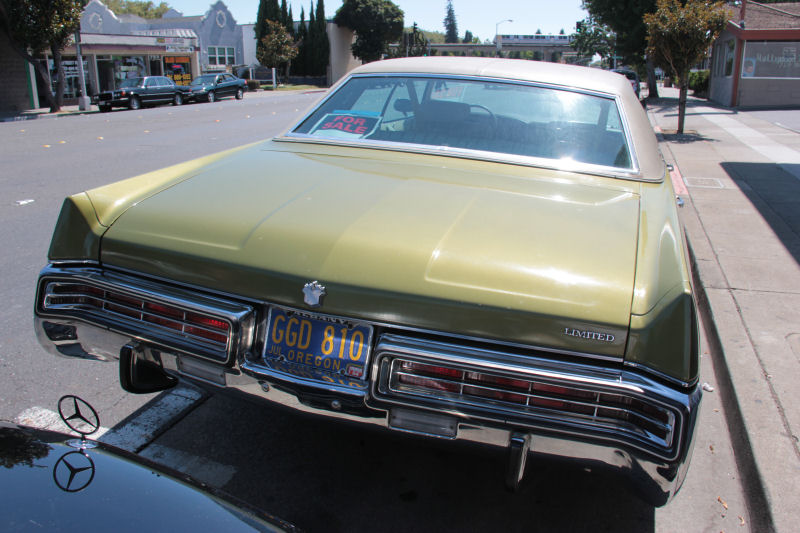 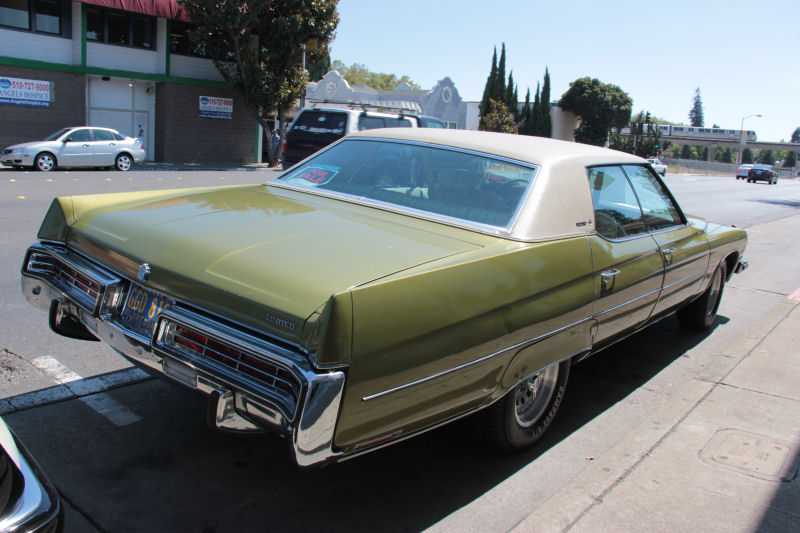 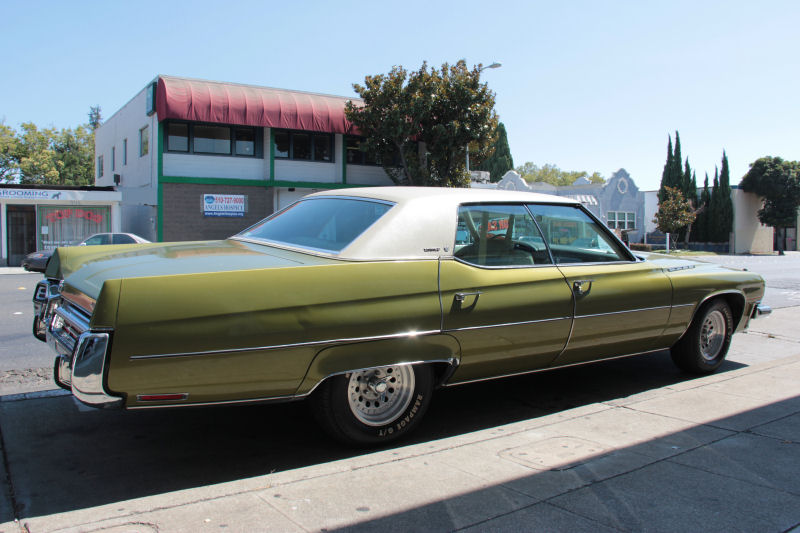 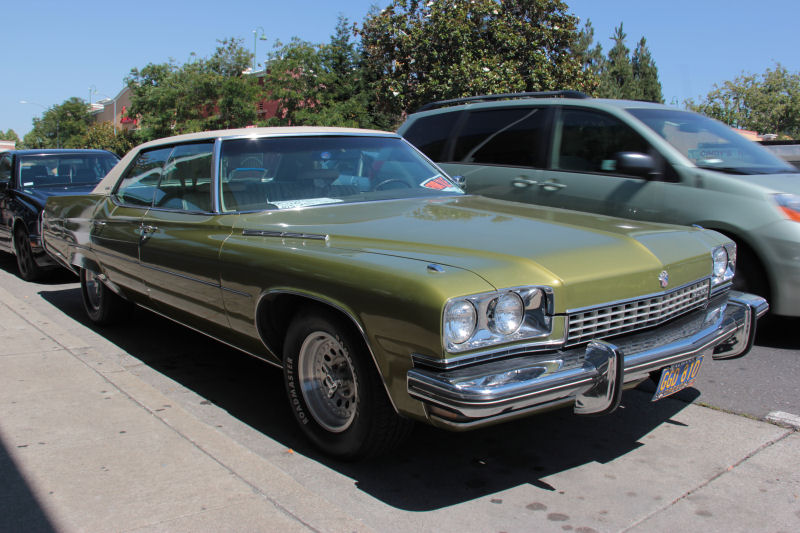 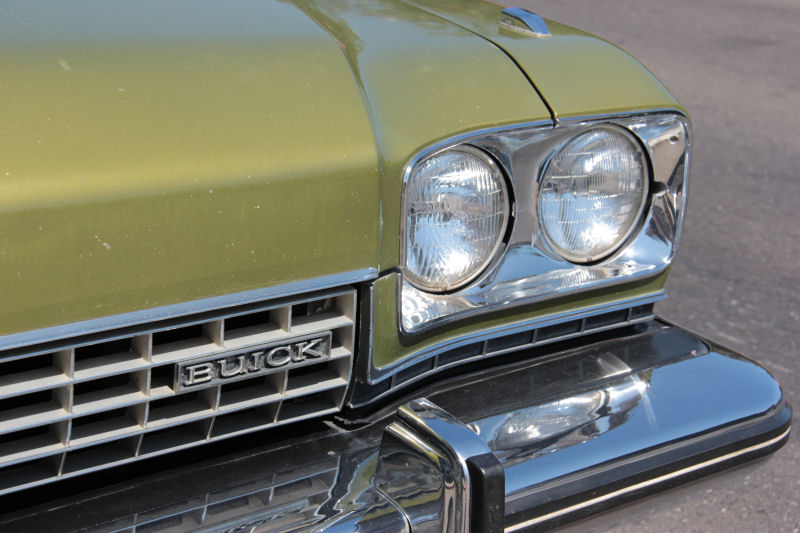 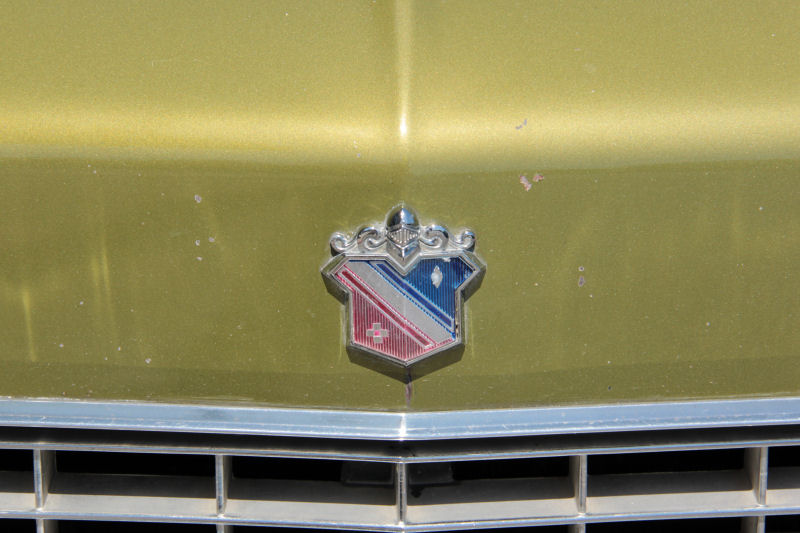 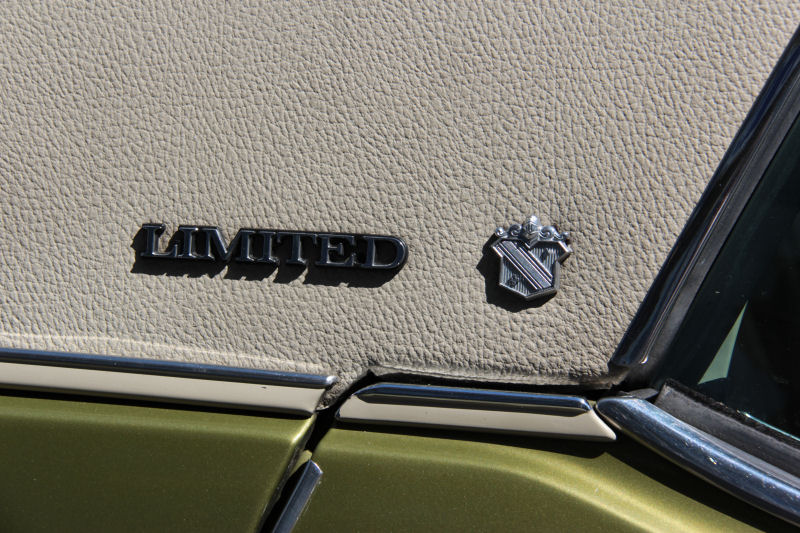 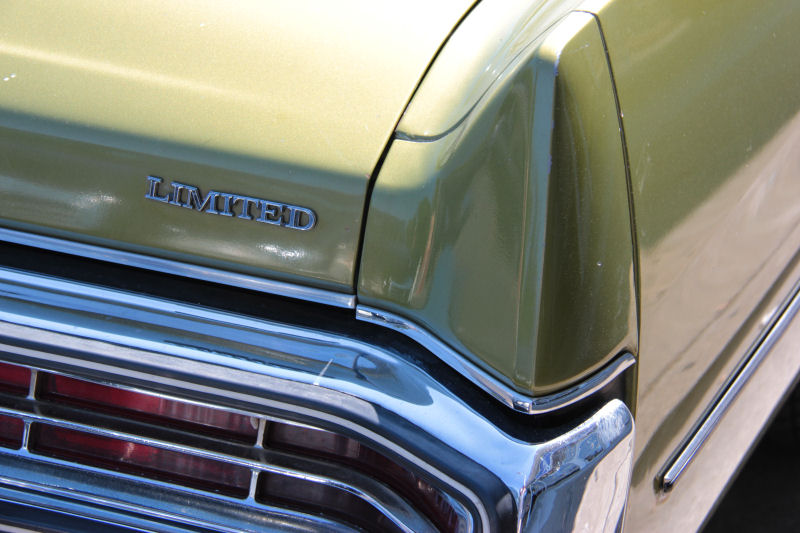 The Electra 225, so named for its 225-inch length that in 1973 was actually 229 inches, was Buick's ultimate model. The four-door hardtop sedan carried nearly the exact same exterior dimensions as the Electra coupe, and packed a 455 cubic inch big block V8 with a 4-barrel carburetor hooked to a Turbo Hydra-matic 400 transmission. Eight interior combinations in seven colors and four fabrics were available to coddle buyers in however much "luxury" they wanted. This example appears to have the white Oxen-grain and Madrid-grain expanded vinyl seats, whatever that means in marketing-speak. The body is bathed in what looks like Green-Gold Poly with a white vinyl top, a very 1970s color. If it were mine I might have gone for black vinyl. The American Racing Outlaw II wheels with spinner-style centers are an interesting touch that lend the car a slightly tougher look. Given the Oregon plates, I'm surprised the guys from OldParkedCars haven't previously posted this car on their own site. The '73 Buicks were never my favorites but this one's pretty cool.
Posted by Jay Wollenweber at 12:00 AM