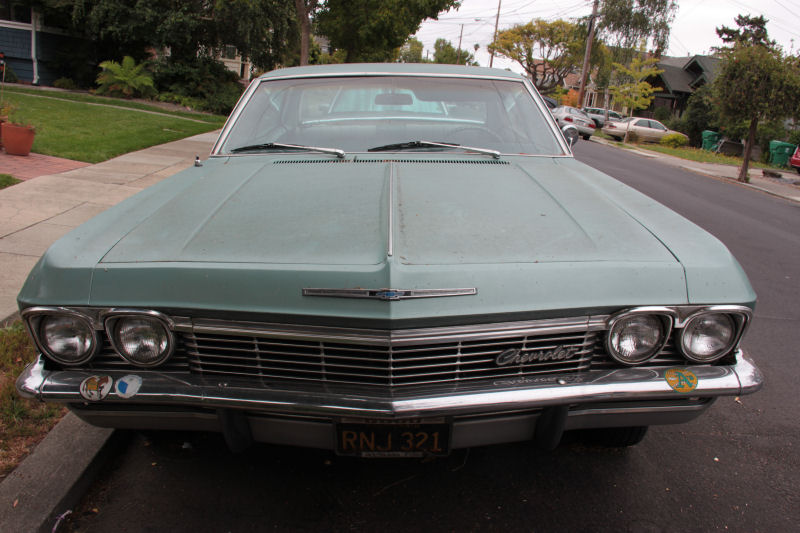 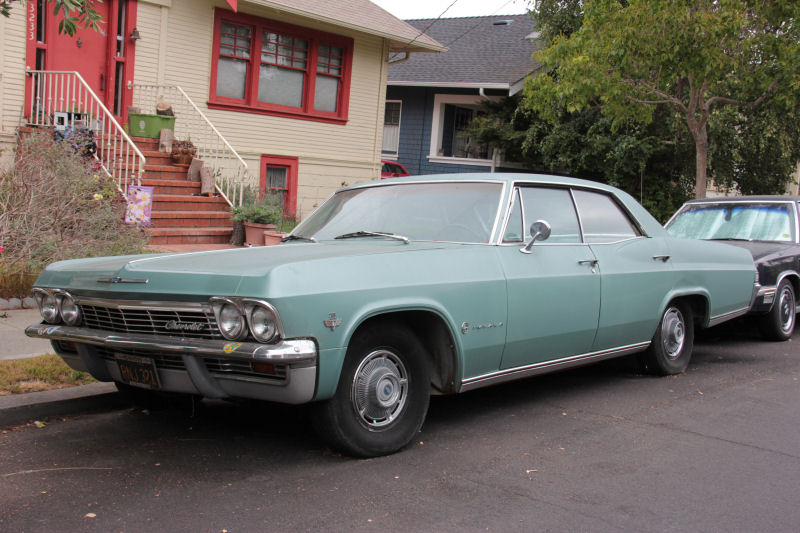 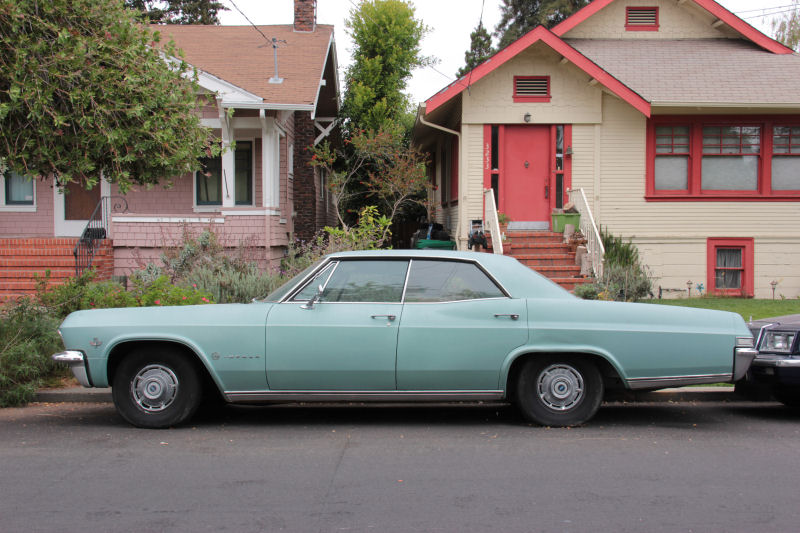 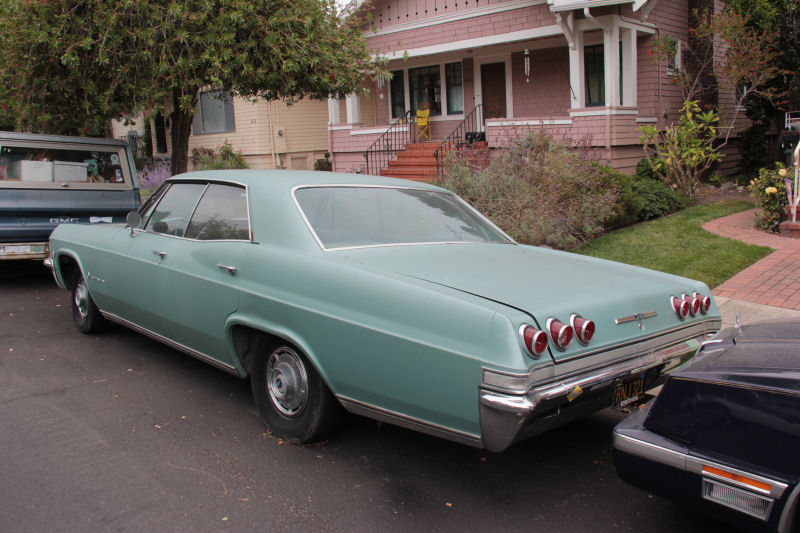 Chevy really had a winning formula in the 1960s with their full-size line. The General cranked out just shy of 1.5 million Biscaynes, Bel Airs, Impalas and Caprices in 1965 alone, an incredible feat by anyone's metric. Of those, 193,177 were four-door hardtop "Sport Sedans" spread across the four model ranges. I can't find an exact number for Impala V8 Sport Sedans, as GM built so many cars they must have had trouble keeping track of them all. Most Impalas (746,000 of them!) were V8 cars, so a 283 small block is relatively common. Basically, this is a garden variety Impala sedan with just a little stylistic flair for people who want a cleaner look with the windows rolled down. 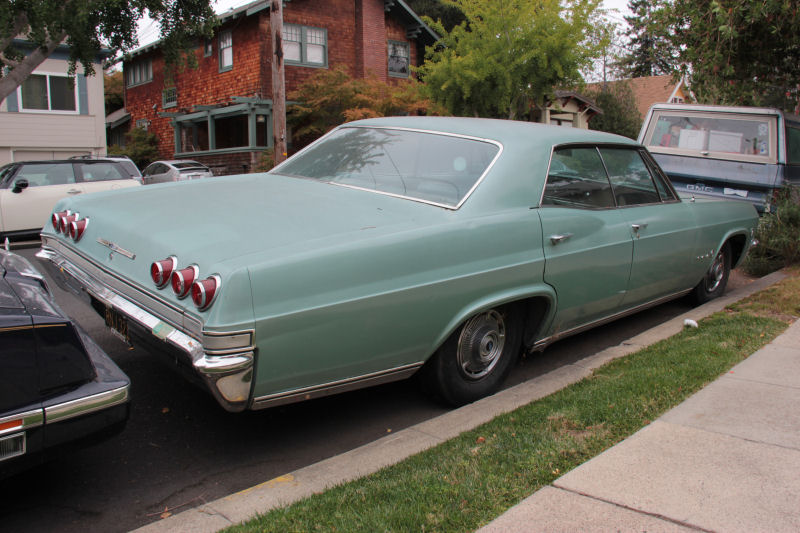 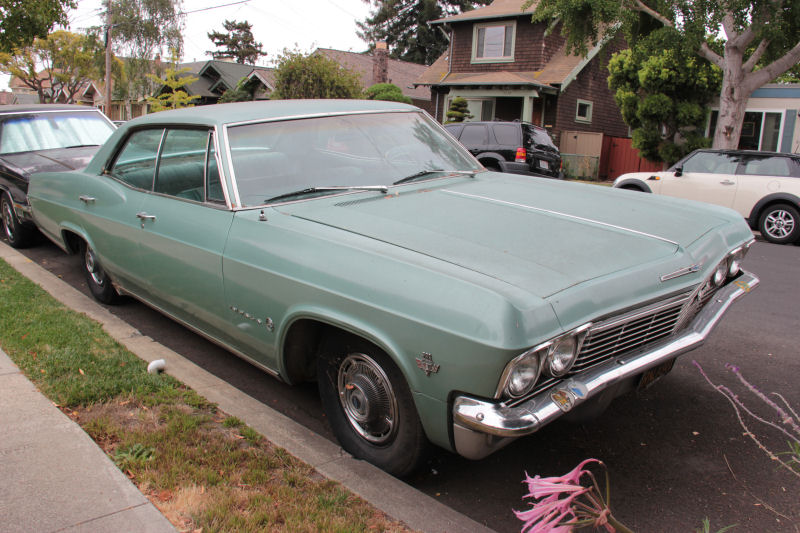 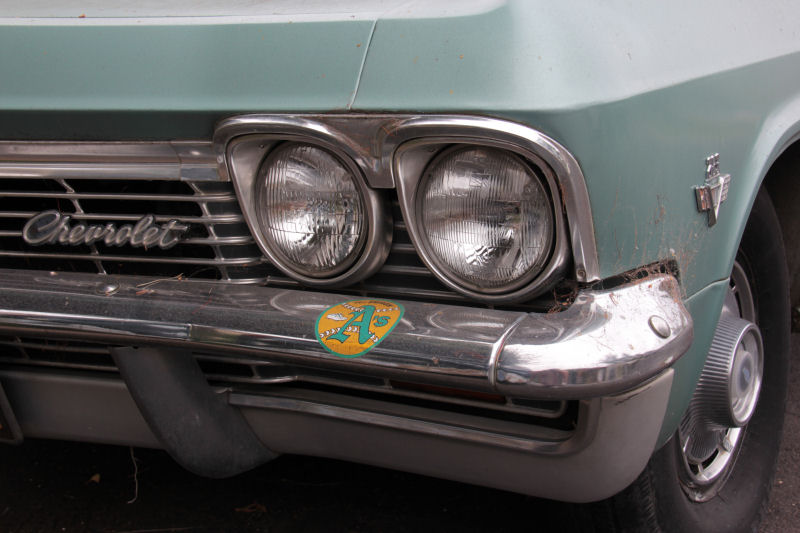 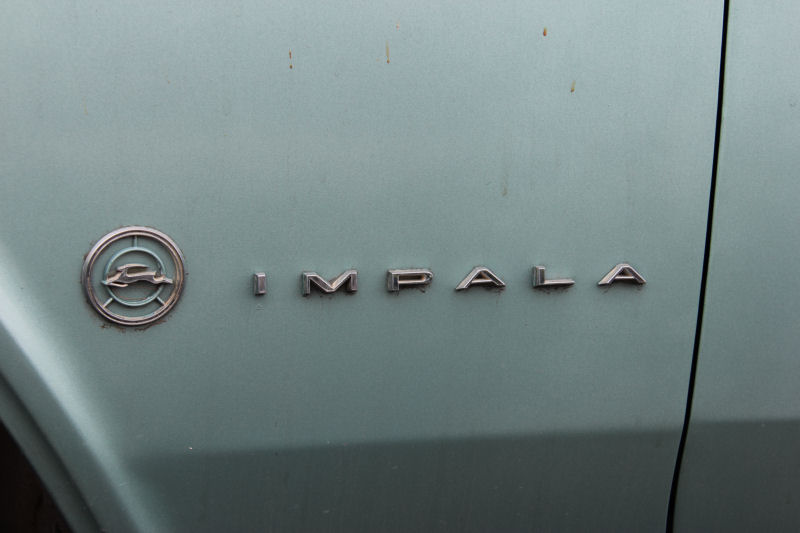 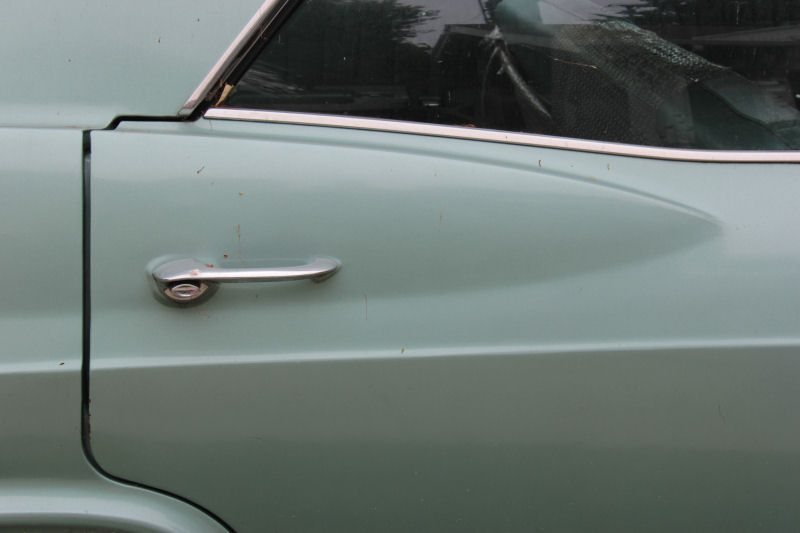 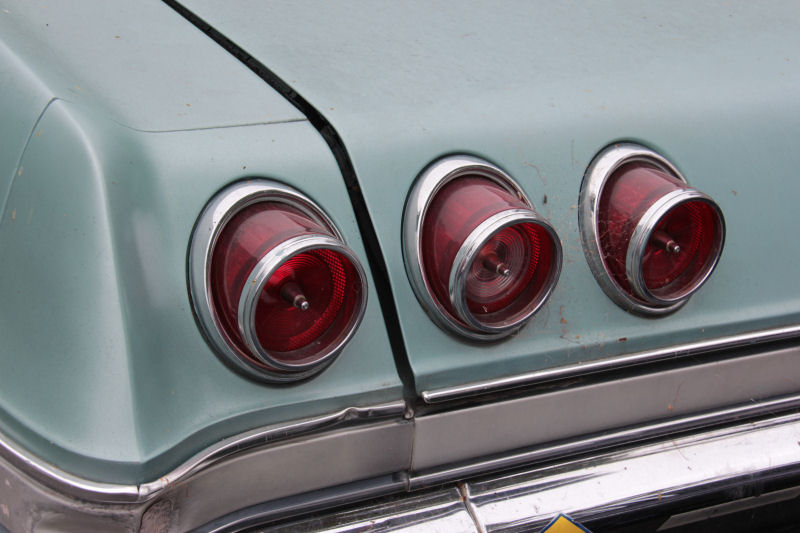 In terms of condition, this Impala's a very solid, straight driver. Judging by a bit of overspray on the driver side fender badge, I assume it's had a repaint in an approximation of Willow Green or Artesian Turquoise and it's about time for another. I don't usually snoop at the interiors of cars I photograph, so I have to guess from my own pictures that the interior is turquoise or green vinyl, perhaps with the "propeller" pattern cloth inserts on the front. It looks like it has protective plastic to keep the seats in good condition. If the dark blue K-Car parked behind looks familiar, that's the 1983 Chrysler Executive Sedan I featured some months back. I doubt they're owned by the same person but they make interesting neighbors on this quiet Alameda street.
Posted by Jay Wollenweber at 12:00 AM