I'm still a bit ambivalent toward Mercedes-Benz. They are a brand revered the world over for reliable, well-engineered and safe cars. Many consider them the de facto inventors of the automobile. And yet, the vast majority of Mercedes-Benz products do absolutely nothing whatsoever for me. In fact, only a handful have made it onto California Streets, mainly because mainstream Mercedes cars are a dime a dozen in California and they bore me. The cities and suburbs are still crawling with old clattering diesel W123s and even the older sedans can still be found in moderate quantities. But then there is the matter of the SL-Class. 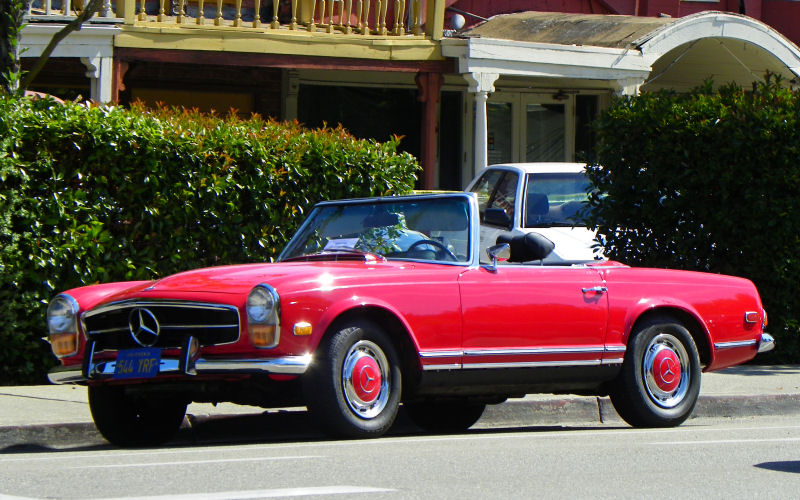 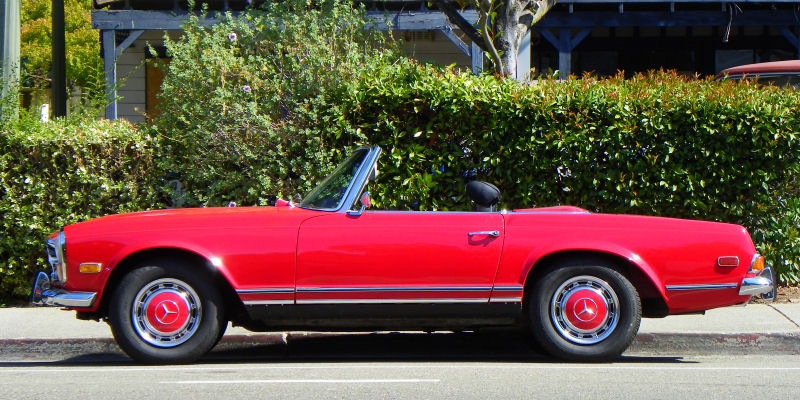 I've already featured an early W113 SL here, a 1968 250SL hardtop. These are a collectible, desirable and well-represented generation of Mercedes' luxury sports car. The 280SL (so named for its 2.8 liter inline six) was built from 1967 to 1971. This car is one of the last 280SLs built before the R107 generation, a series of cars which would take the SL in a more relaxed, luxurious and generally boring direction. Those were the cars destined to be bought by yuppies or milquetoast wealthy baddies in 1980s TV detective dramas. According to Wikipedia, only 830 of these cars were built in 1971. 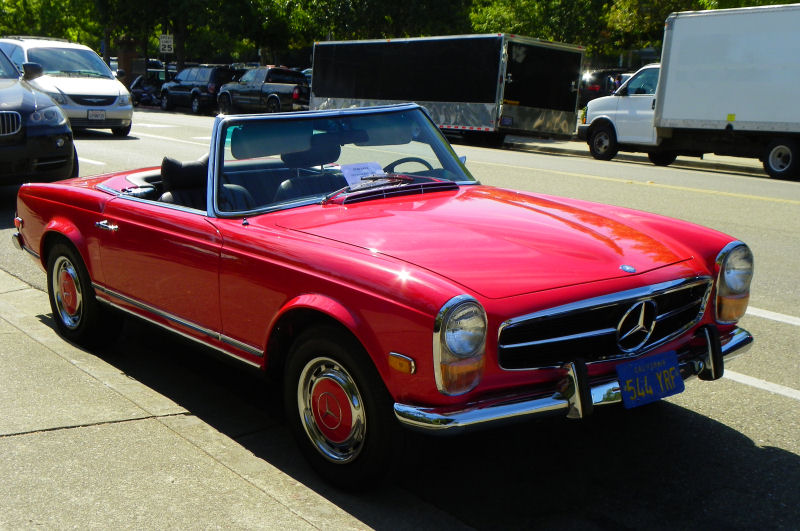 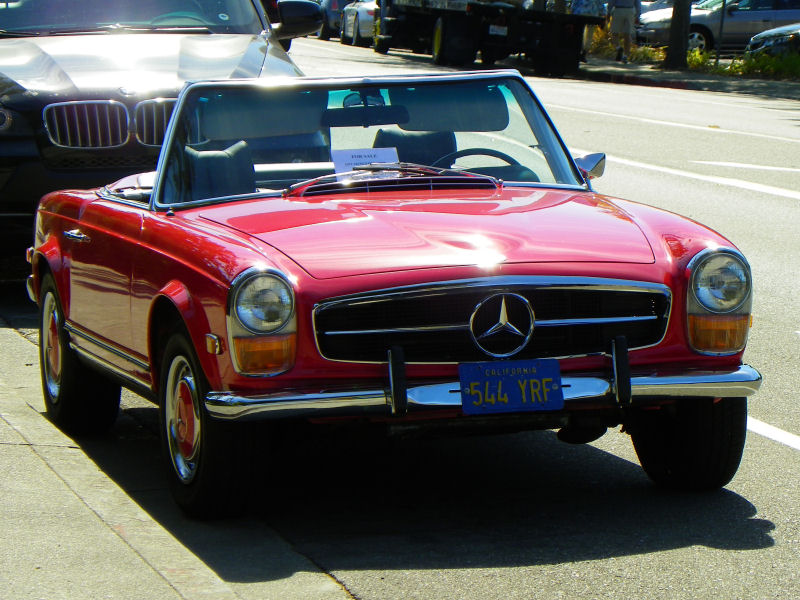 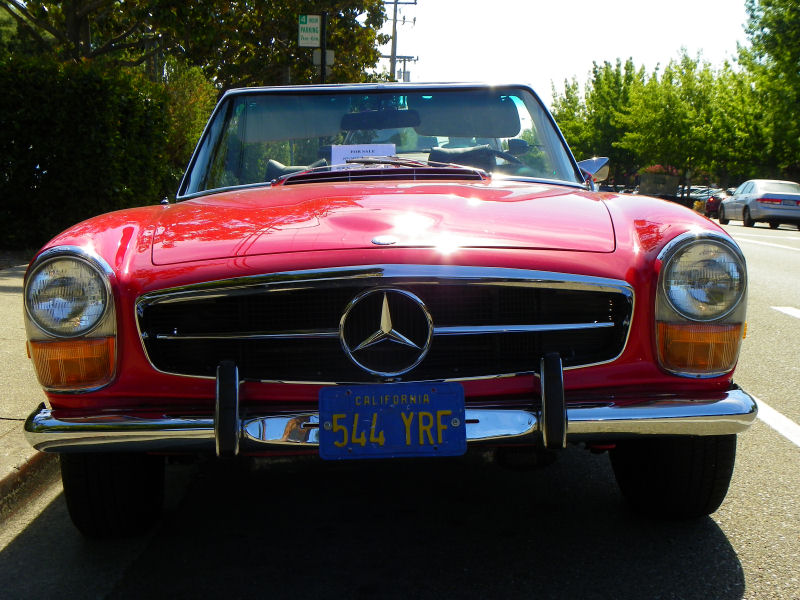 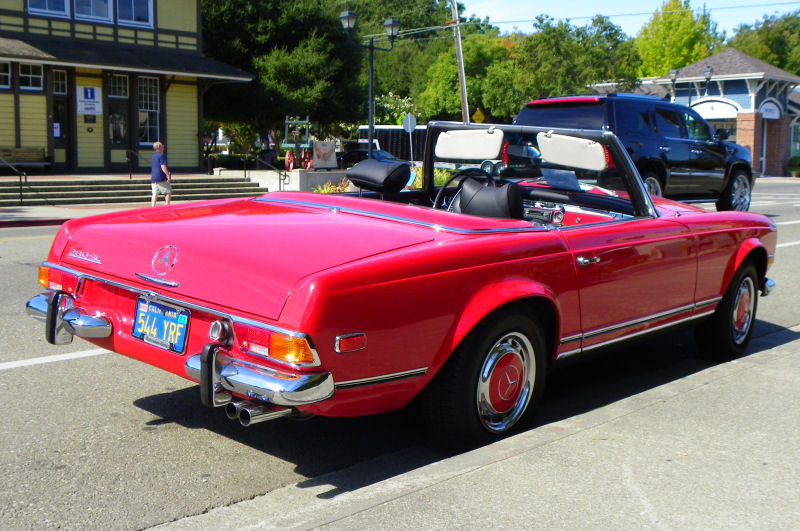 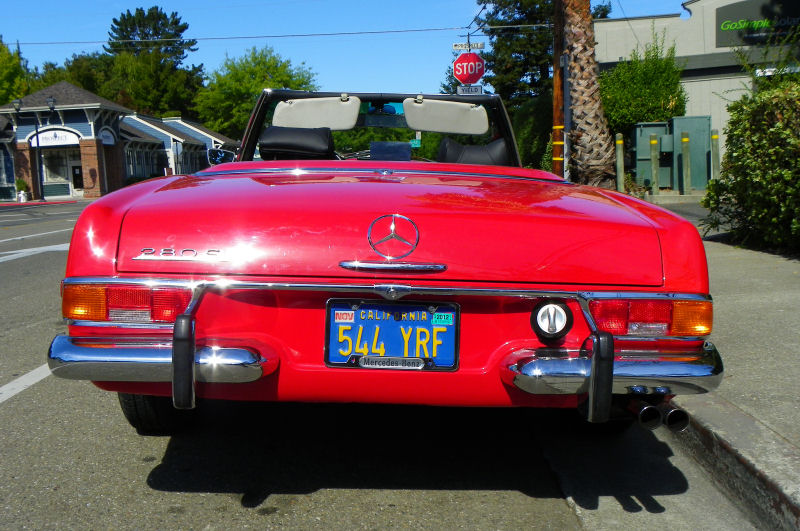 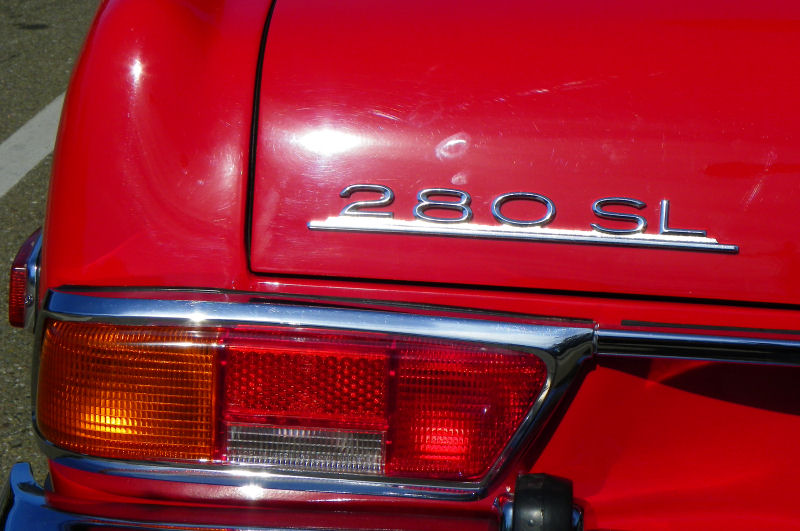 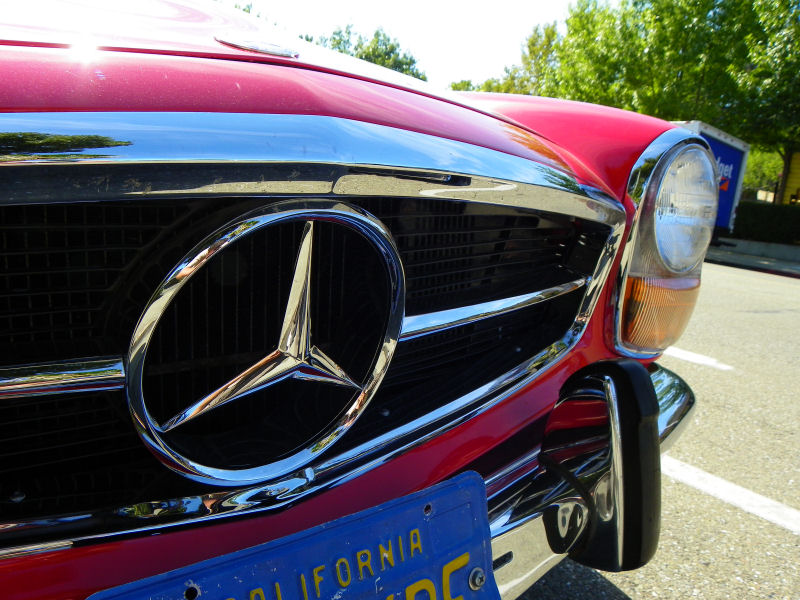 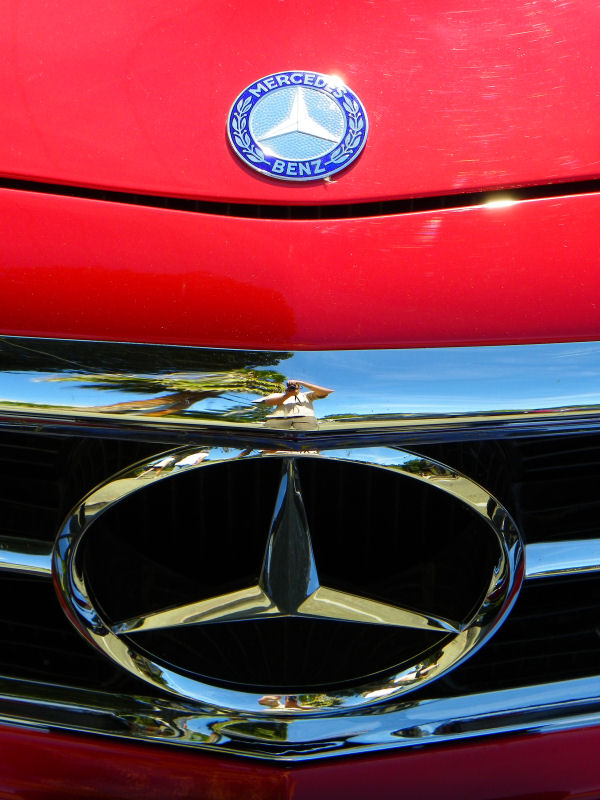 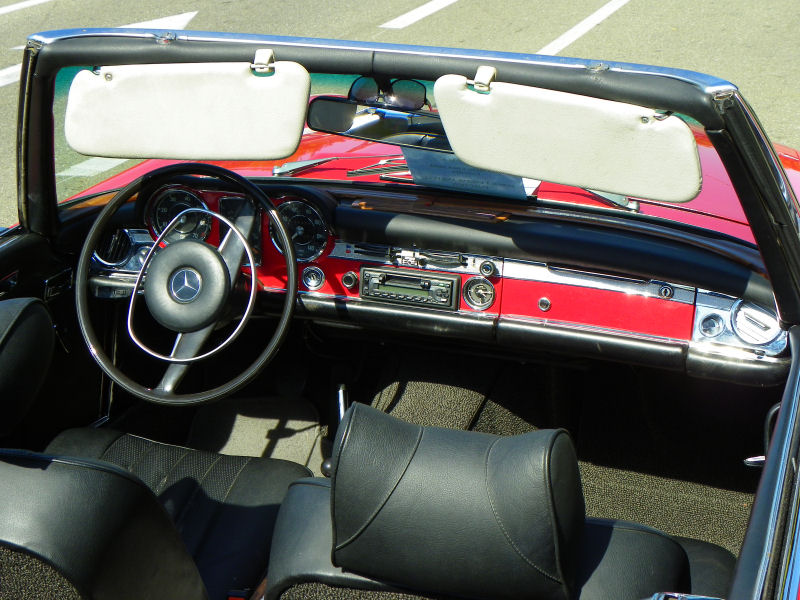 This one is a fine example in an attention-grabbing red color with color-matched wheel centers and black leather interior (the convertible top is also black). The interior is in great shape and makes me wonder how original it is; the stereo certainly isn't factory. I would venture that it's either restored or a very low-mileage car. I've seen it previously at a local car show, where it was also for sale. The sign on the windshield advertised the car as having a rebuilt engine and including the removable factory hardtop. I don't remember the price the owner was asking.

These SL roadsters rarely evoke much of an emotional response from me, but I readily admit they're pure and good-looking little cars from a time before the Sport Leicht name became a joke. Today the SL-Class is a hideous styling mess that weighs about as much as Jupiter. When it's that ugly, I don't really care how fast it is. Even I would rather cruise down the highway in a classic W113 (or a 1990s SL500) than a $100,000+ rolling travesty.
Posted by Jay Wollenweber at 12:00 AM