I have long thought that the latter half of the 1960s and early '70s was a great time for Chrysler Corporation styling. This wasn't true in all cases across all brands and models, but the Pentastar produced a lot of really handsome cars during this time period. And before they dipped into an awful rut of desperate-looking "luxury" cars during the Malaise era that lasted even into the 1990s, Chrysler made some impressive luxury cars. Among them is the 1967 Imperial Crown four-door hardtop.
In the '50s and '60s, if you wanted a luxury sedan, you often either got a proper limousine or a 4-door hardtop. The hardtop allowed all four frameless windows to roll down for a feel like the open touring cars of old; or like a 4-door convertible with none of the sunburn risk. 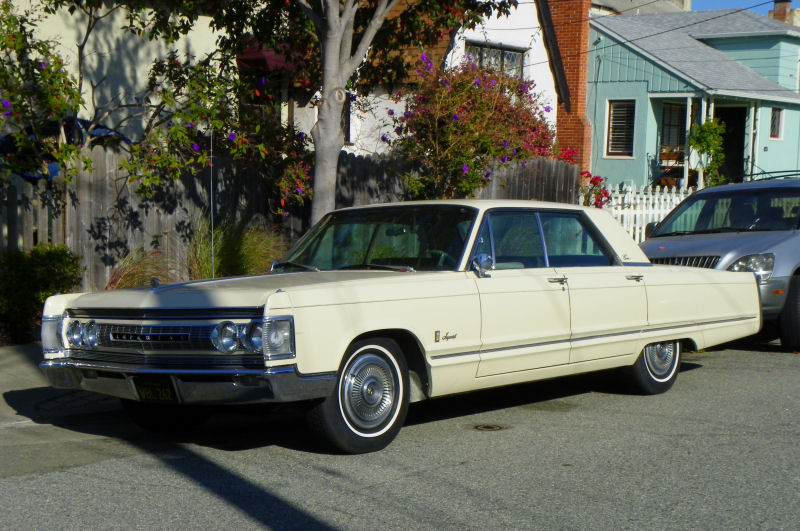 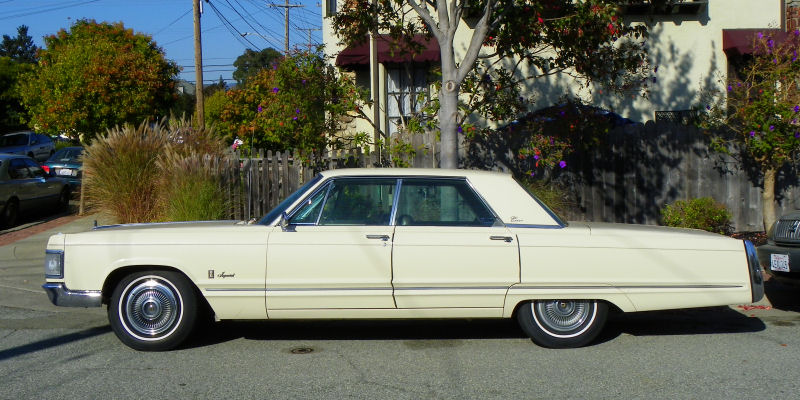 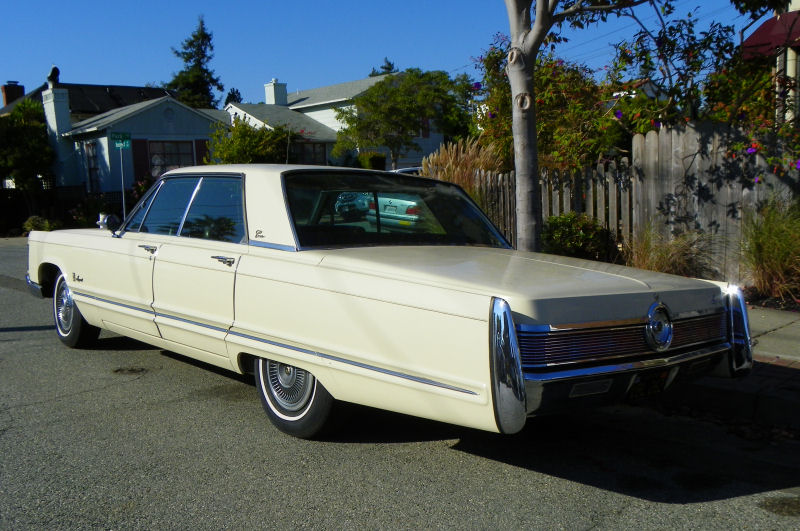 Imperial had in a few years gone from a swoopy, finned leviathan to a downright modern-looking fullsize luxury car with sharply sculpted lines. Fins were suggested in the long pontoon-like extensions off the end of the rear, and the round medallion at the center was the last vestige of the fake spare tire bulge. Most of the design is cleanly styled, though I think it gets a tad fussy in the front end with three grilles and a gaping hole where the Imperial name is. The fake woodgrain on the front fender badge, however, is an unusual and interesting touch. I've always liked the stylized eagle emblem found on all Imperials, since I found a 1973 Imperial LeBaron in a junkyard years ago and took home its big round rear end badge to be used as a belt buckle. I never did make that belt buckle, but I still have the badge. 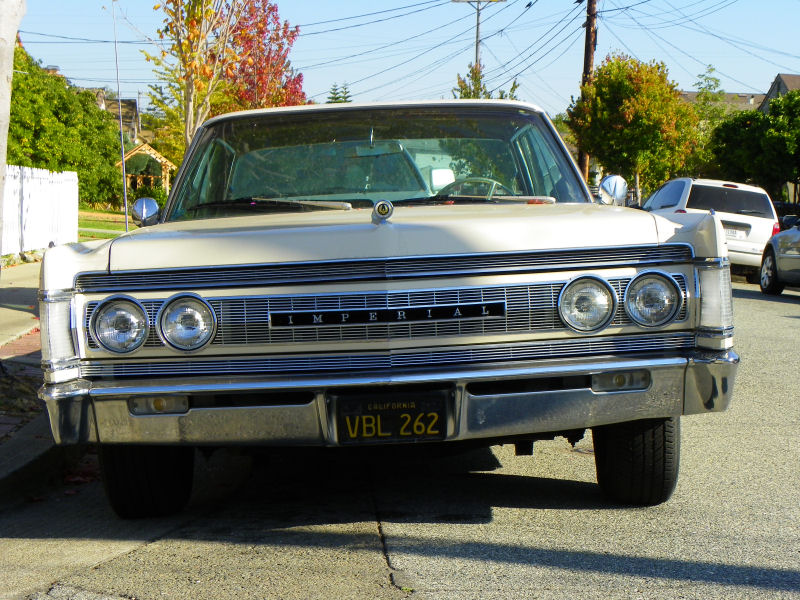 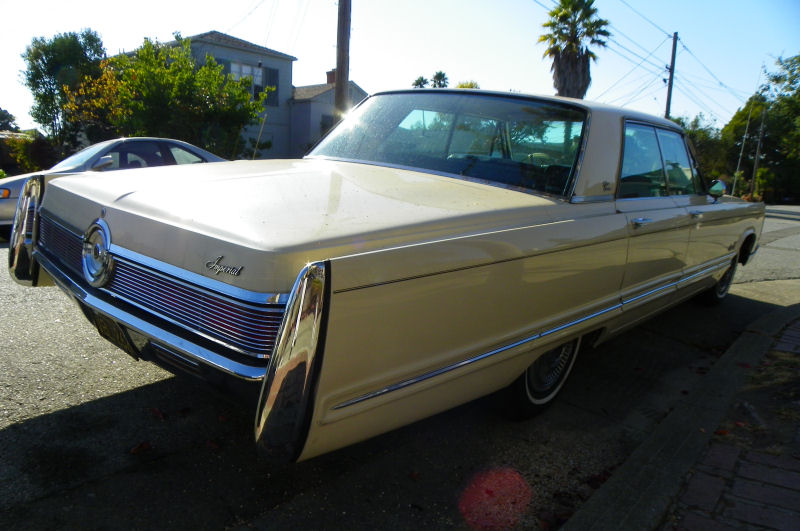 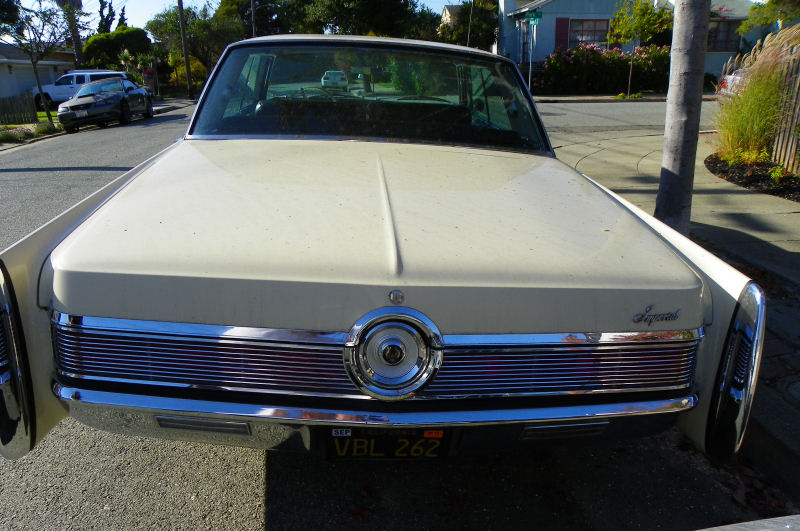 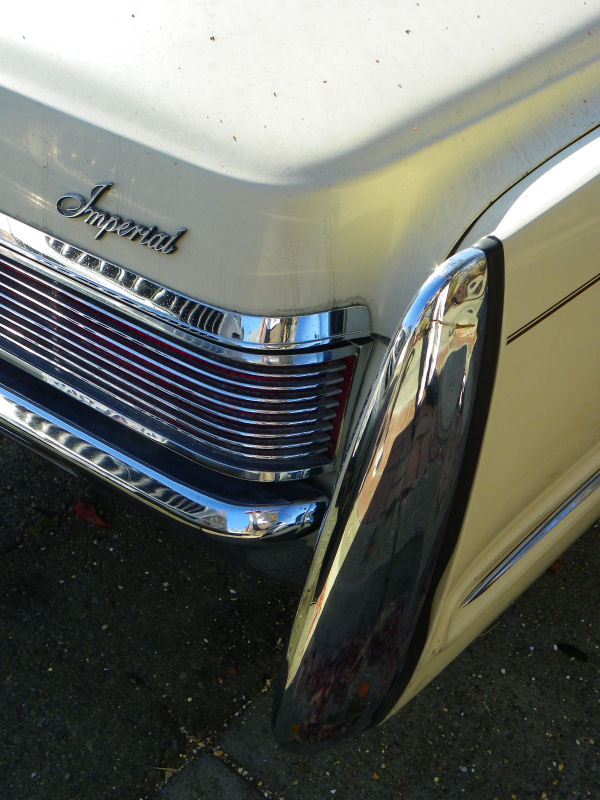 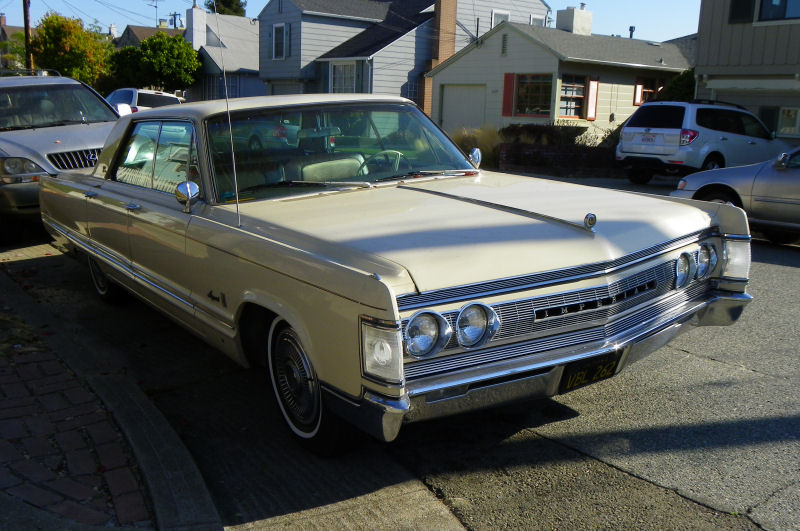 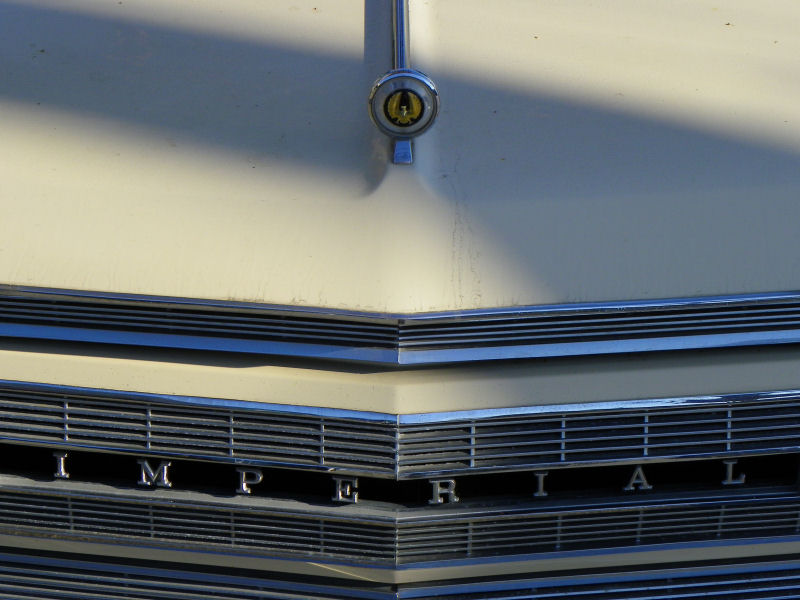 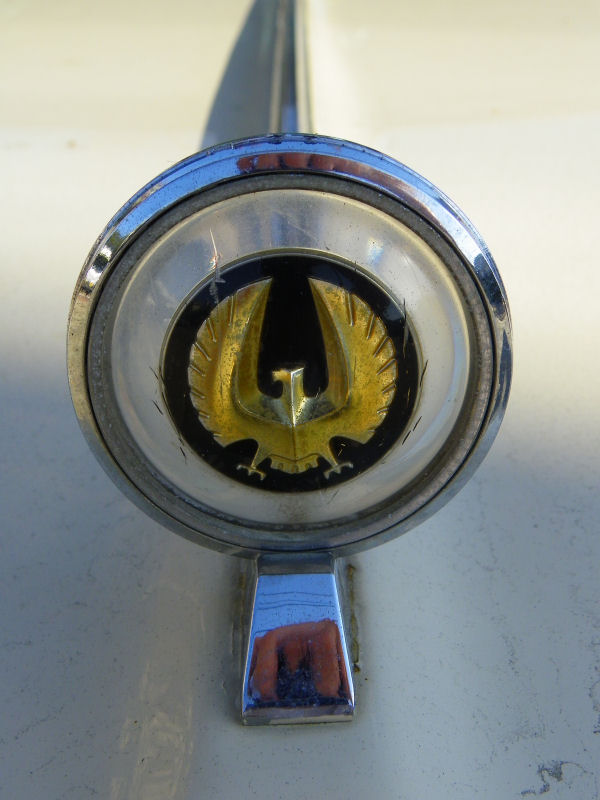 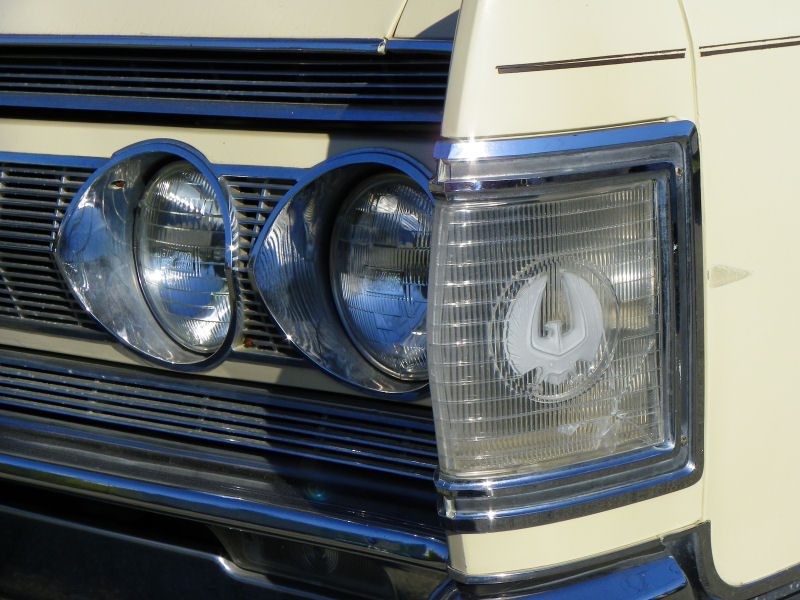 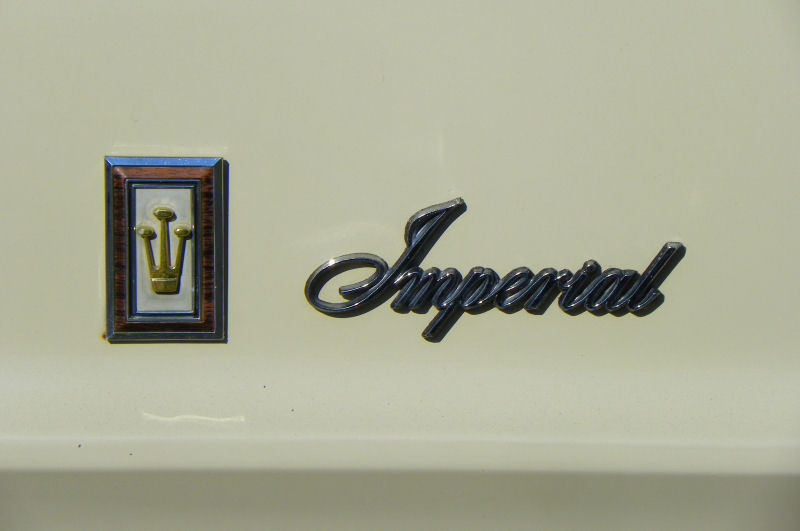 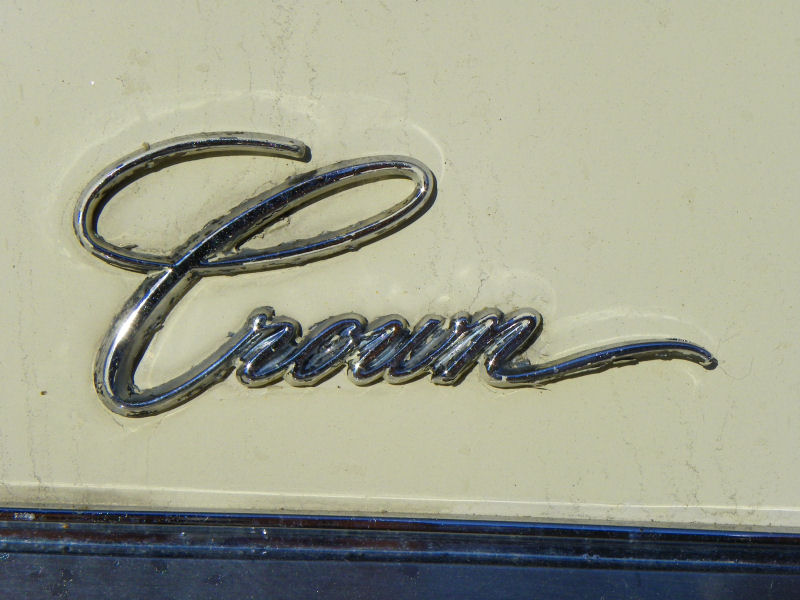 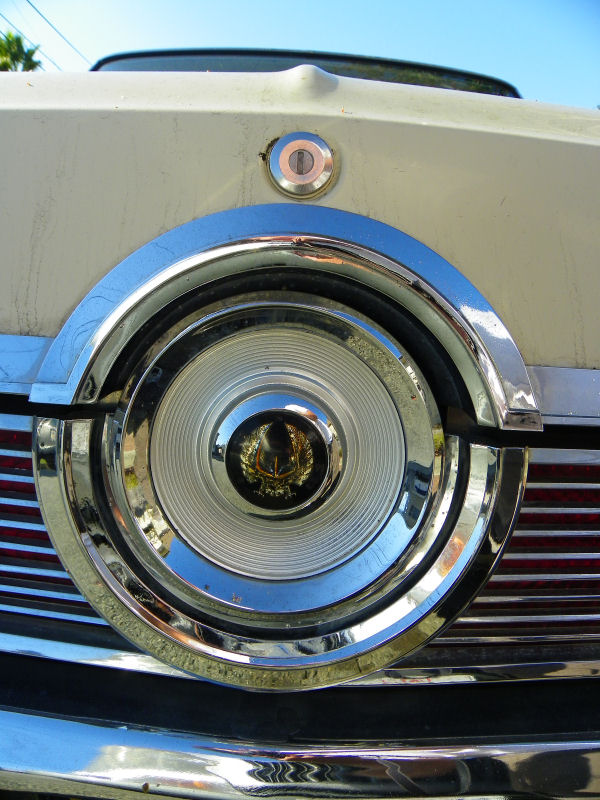 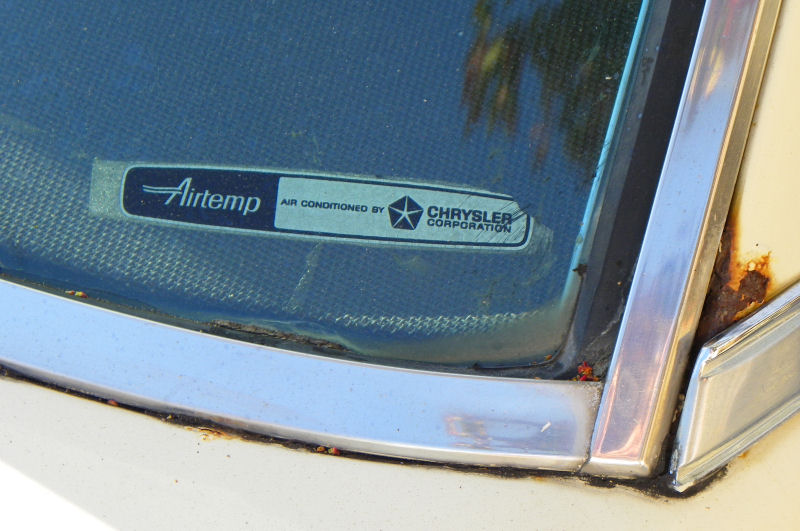 The 1967 Imperial was the first to be built on a lighter-weight unibody platform. The styling came from Elwood Engel, who previously penned the 1961 Lincoln Continental and 1964-66 Imperials. Sole engine was a 375 horsepower 440 V8, but a higher-output 'TNT' option was available. Sole transmission was a 3-speed Torqueflite automatic. Imperial Crown was the mid-range Imperial below the top-level LeBaron.
This one is for the most part in great condition, with all trim intact and a very straight and solid body with shiny Daffodil Yellow paint. The only problem I see is some rust going on in the C-pillar, a curse of living mere blocks from the salty San Francisco Bay.

There's a man who frequents car shows near me, who bought one of these cars very cheap after it had sat for years in a garage. The previous owner had died and the estate unloaded the old car. It took very little to get the car running after sitting so long. He expected to use the car in a demolition derby, but realized it was just too nice to destroy. Now he shows the Imperial instead, a happy ending for a great car.

Don't believe me? See it here.

A late '60s Imperial seems like a pretty good value to me.
Posted by Jay Wollenweber at 12:00 AM