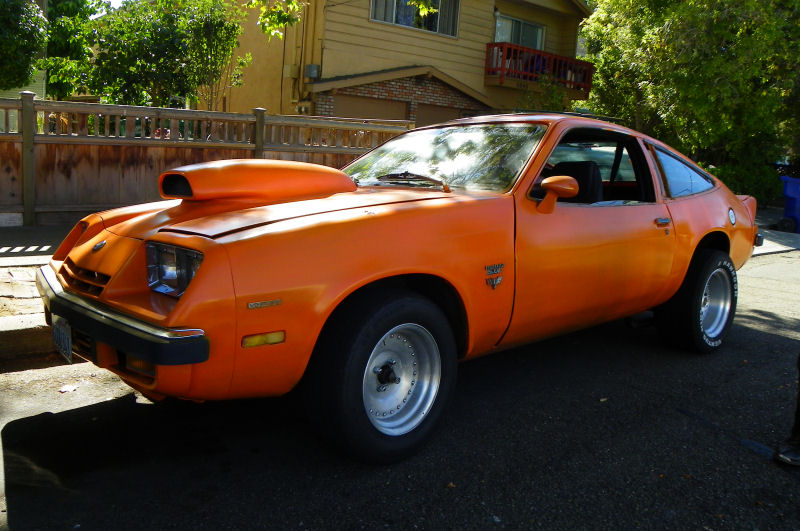 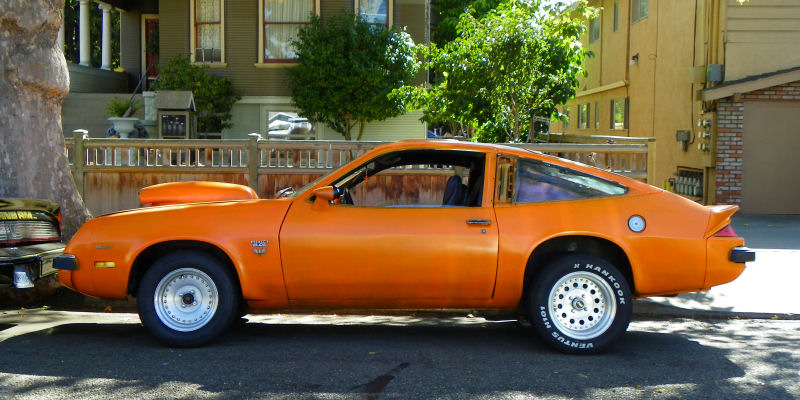 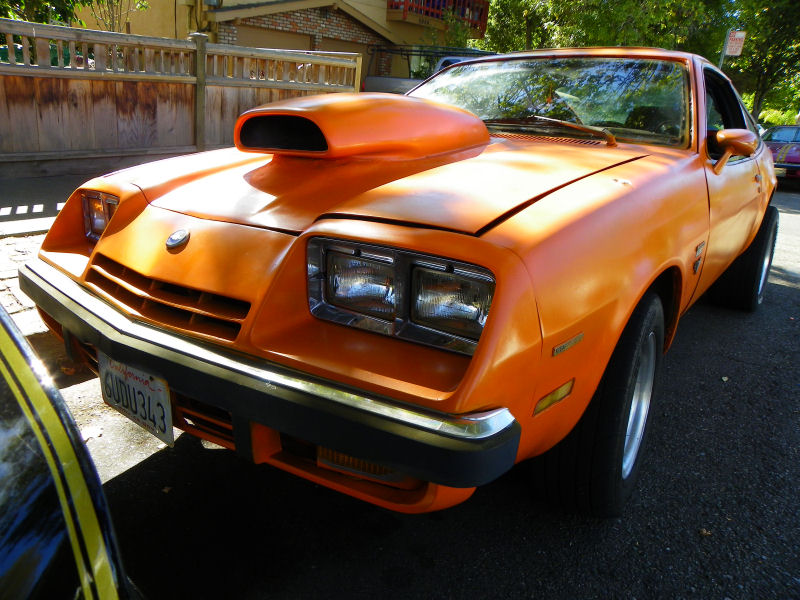 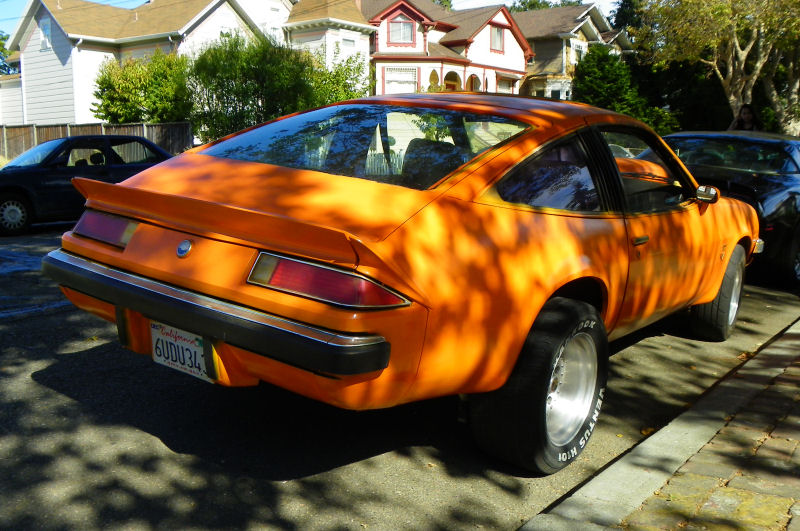 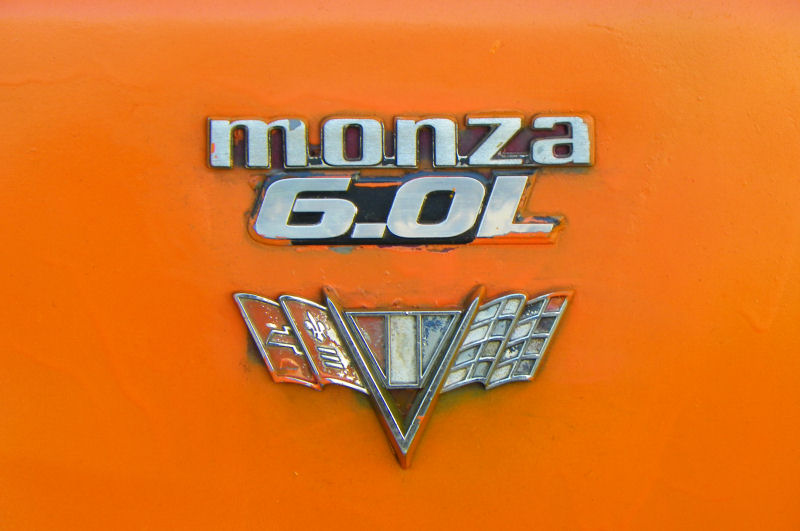 Most Monzas are relatively tame economy cars, though a V8 engine was available. In 1975 the car could be had with a 2.3 liter four or a 4.3 liter V8, though California cars came with a low-output 5.7 liter V8 instead for emissions reasons. This car has dispensed with stock power in favor of a 6.0 liter V8 probably out of a Chevy truck or perhaps a late-model Pontiac GTO, tucked under a hood that bears a large scoop that would look more at home on a drag car. The engine swap suggests the car is a first-year model, because 1975 is smog-exempt. The paint job is of course custom and was likely applied with rattle cans in the street with minimal masking or disassembly. The whole package doesn't look like much, but when the car drove past me while I was returning from photographing the '61 T-Bird a few blocks away, it sounded pretty wild. I bet it's a handful.
Posted by Jay Wollenweber at 12:00 AM