For some reason the neighborhood of Bernal Heights is a haven for circa-1950 Pontiacs. I know of at least three of them in the compact area. The first one I found was a stock 1954 Chieftain sedan, followed by this apparently rat-rodded 1951 sedan which almost looks like it was a police car decades ago. A 1949 Pontiac sedan exists as well, but I haven't had the opportunity to find it yet. 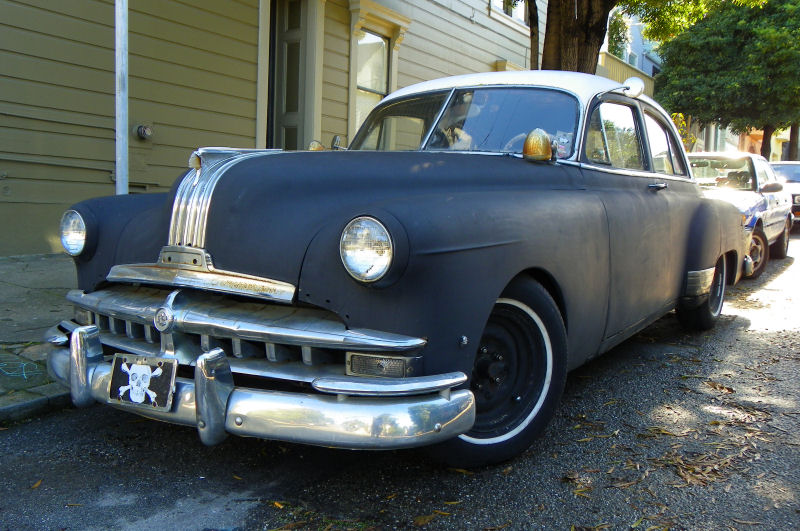 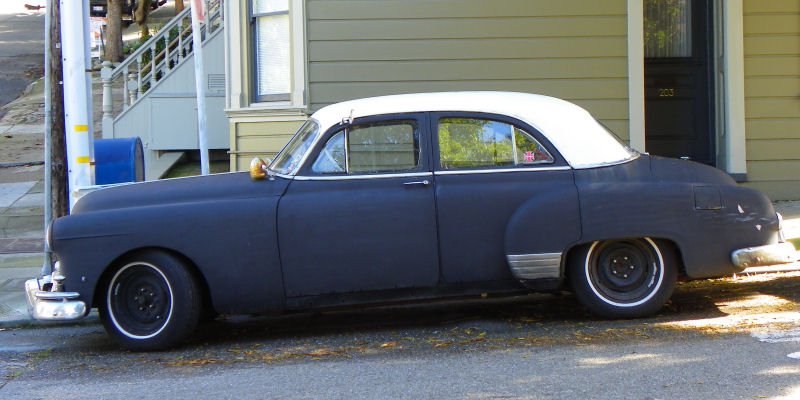 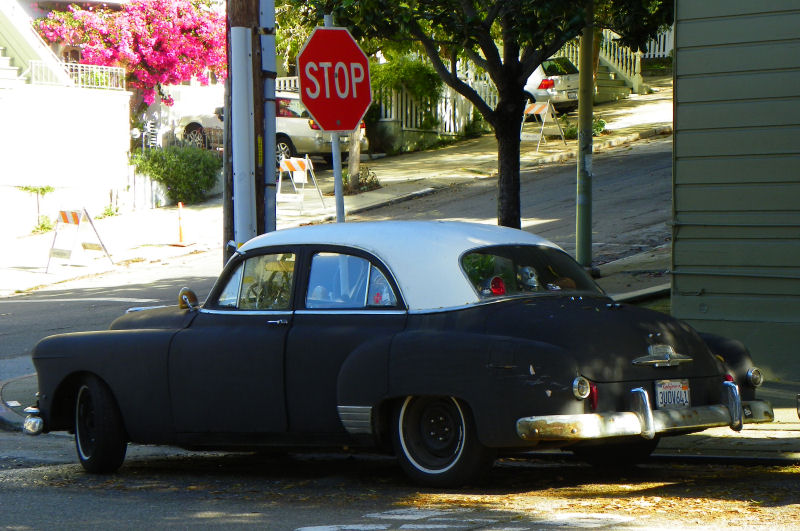 This Pontiac is a low-trim example, but comes with the 268.2 cubic inch straight-8 engine. This is consistent with a fleet-spec police car. Keen-eyed Pontiac enthusiasts will notice that the grill is a 1949 unit, but the body trim and badging are 1951. Note the small chrome piece between the grille and the wheel arch. The stock 1951 grille had an extension of the main horizontal grille bar that wrapped around the corner and tapered to an end at the fender. The chrome plug covers the mounting hole for that grille bar end. The rear passenger door handles have also been shaved and the owner has added teardrop-shaped taillights inboard of where the stock round units sit. Oddly, the round embossed Pontiac chief's head emblem that should be present on the quarter panel on the '51 is not there. Perhaps the owner built a 'mutt' car out of whatever parts he had available? I originally guessed this car was a 1950 model, and it's actually possible it is one, albeit with 1951 body trim and a '49 grille. 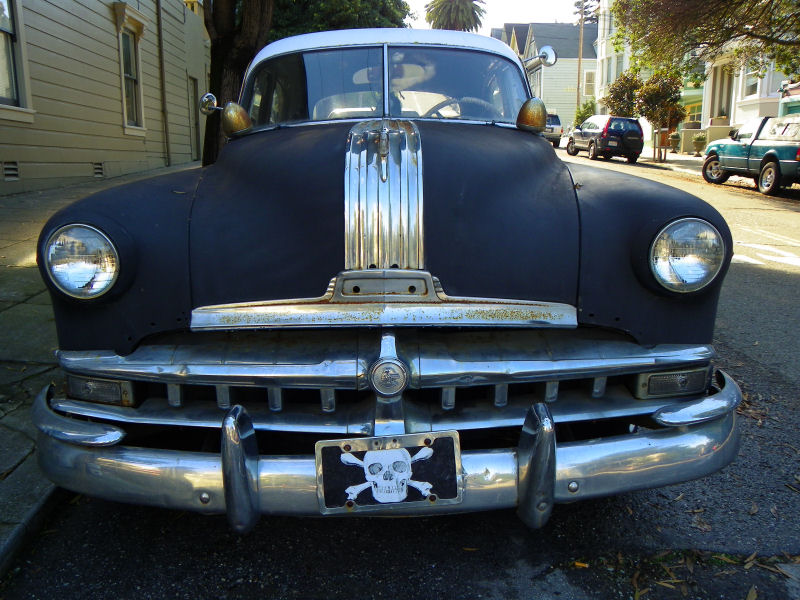 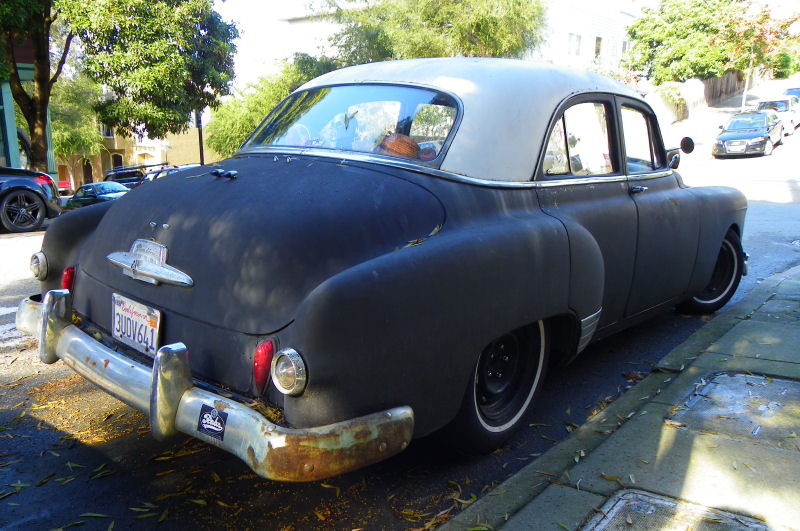 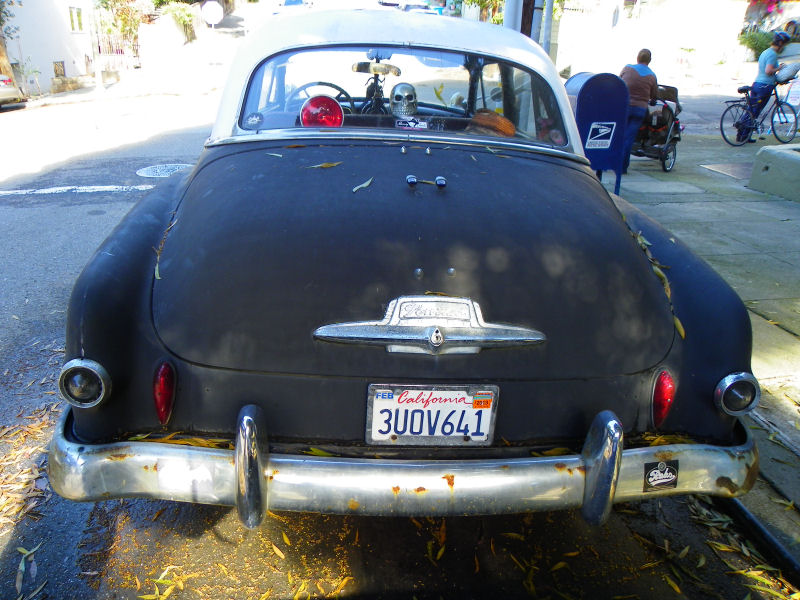 It's entirely possible that this has always been a civilian car, as spotlights were a relatively common addition in the '50s, but those combined with the black and white paint job (and the big red light in the rear window) make it easy to imagine this thing tearing down the road with a big red gumball light on the roof and a slowly wailing siren - in pursuit of a hot rodder. 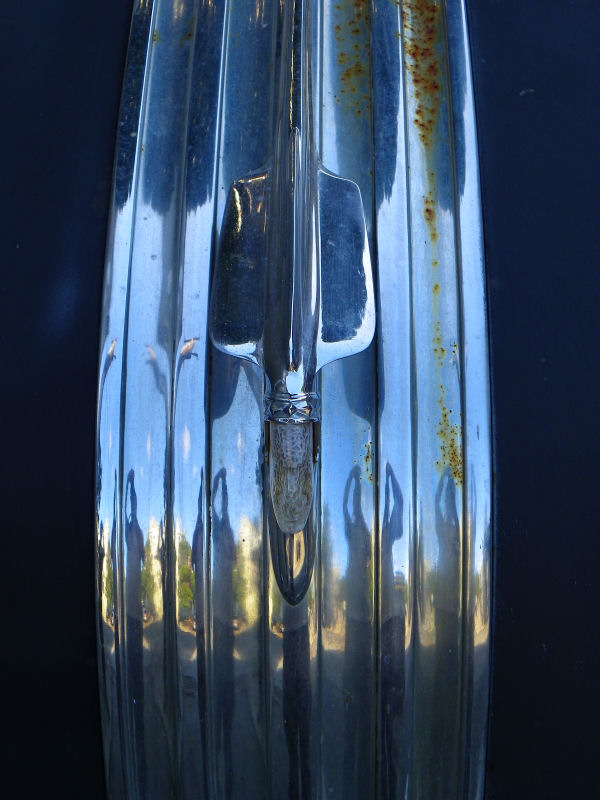 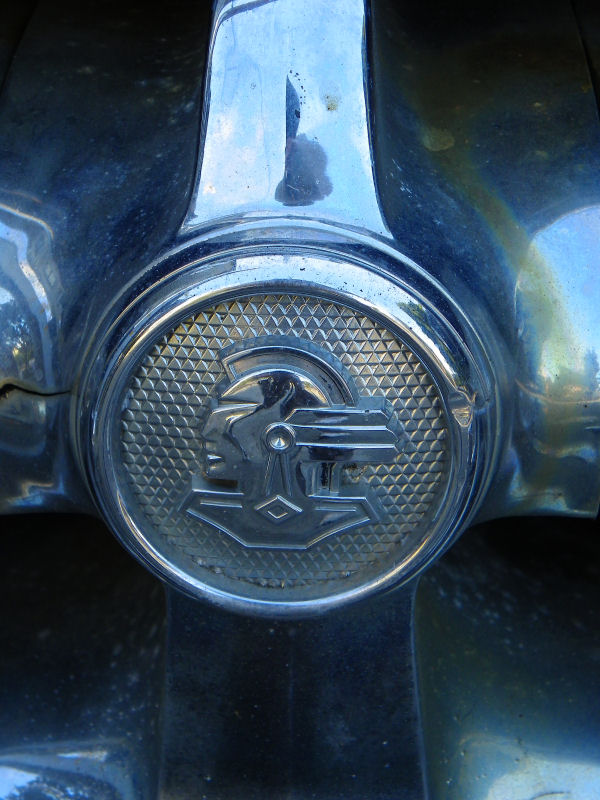 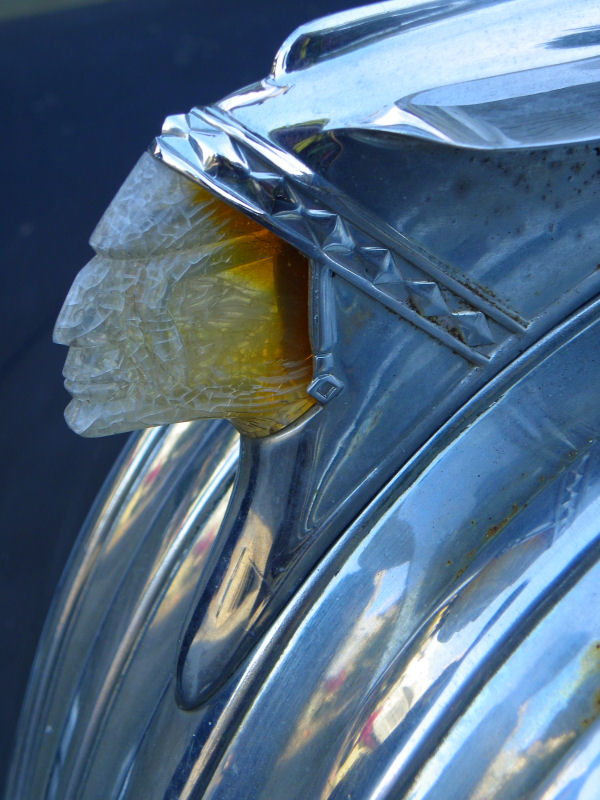 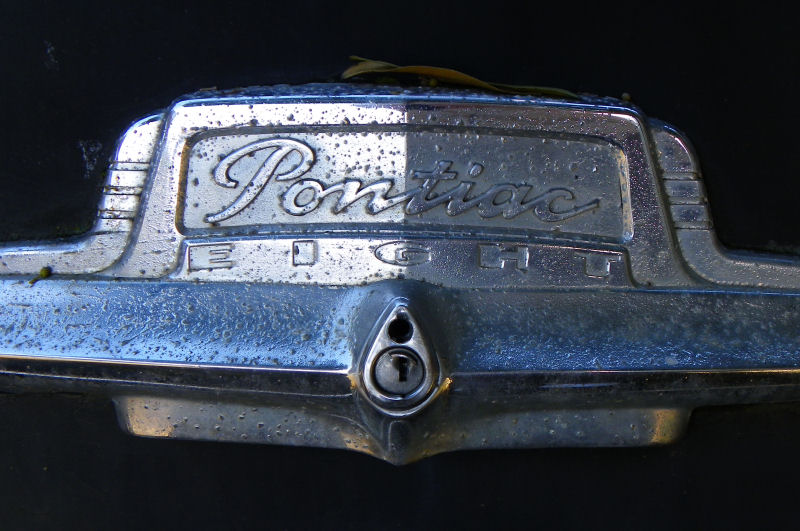 Ordinarily I'm not a fan of rat rods or flat paint, and this is really no exception. I'd prefer to see it shiny and fully intact with factory trim. But what can I say? I'm a purist like that. I'm just glad someone saved a vintage Pontiac four-door from the scrap heap.
Posted by Jay Wollenweber at 12:00 AM