The Saab Sonett is something of a mythical beast among Saab enthusiasts. It began as a lightweight two-seater open sports car with a 3-cylinder two-stroke engine producing 57.5 horsepower, primarily for racing, but rules changed and only six were built. The name Sonett refers not to the poetic form popularized by Shakespeare (spelled 'sonnet') but rather is based on a Swedish phrase meaning "so neat they are" or more loosely, "how cool is that?". 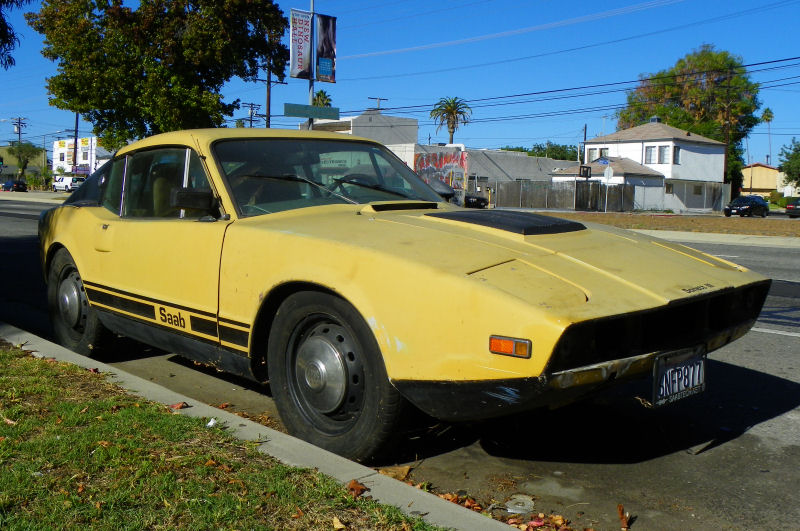 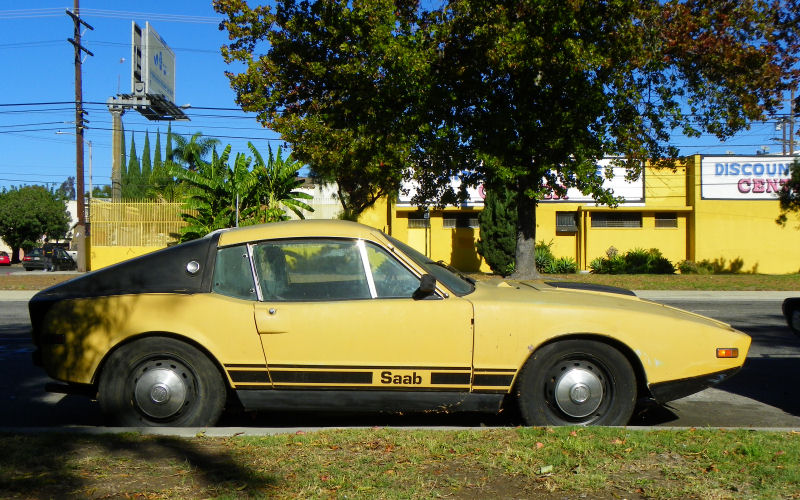 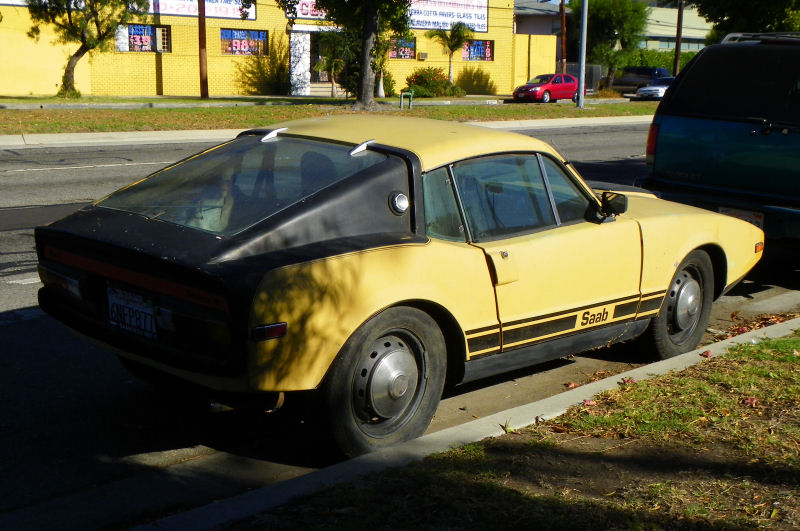 Production Sonetts began with the Sonett II in 1966, quickly replaced in the US in 1967 by the Sonett V4 which was better able to meet American emissions regulations. Another benefit of the V4 was its increased power - a whopping 65 horses. Most Sonett V4s ended up stateside. All Sonetts were front-wheel-drive. 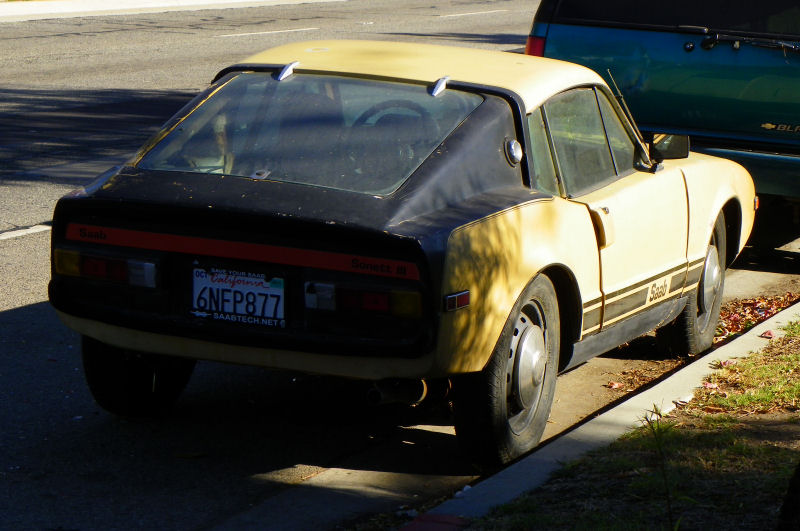 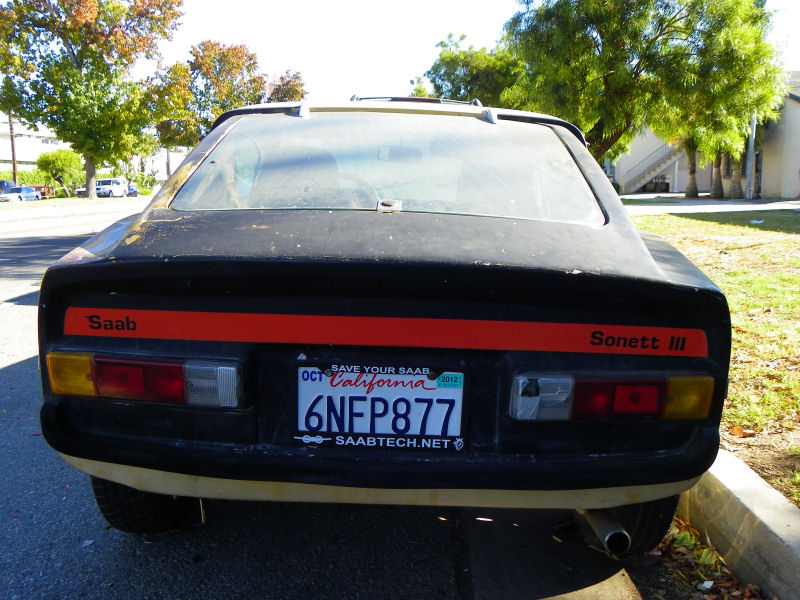 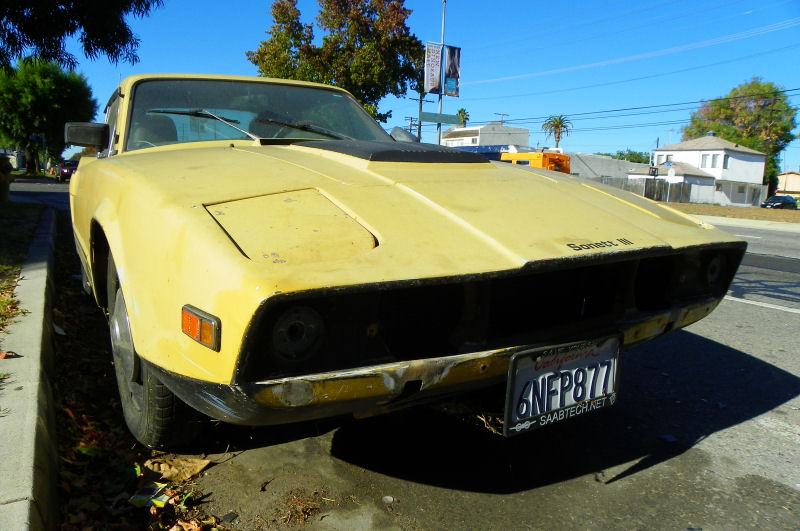 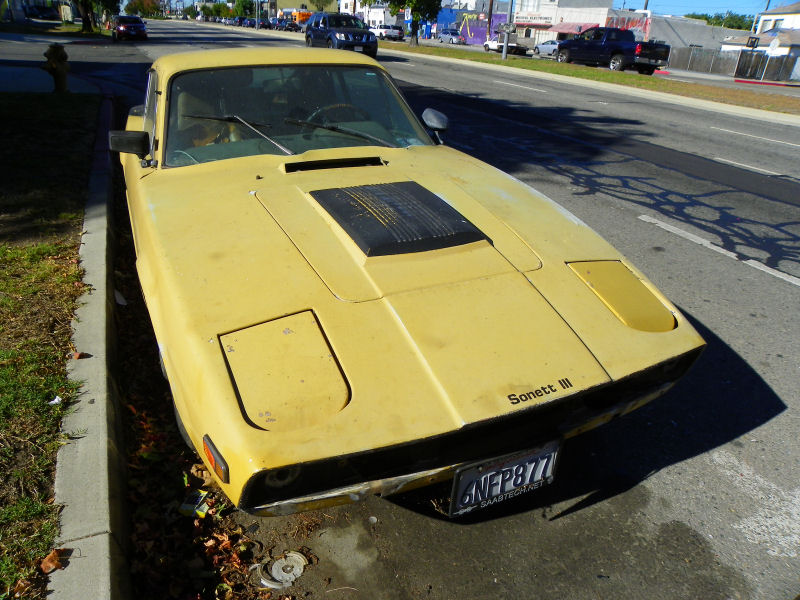 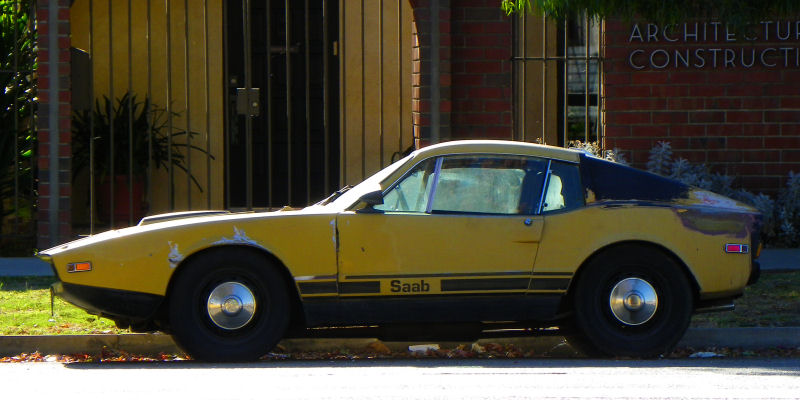 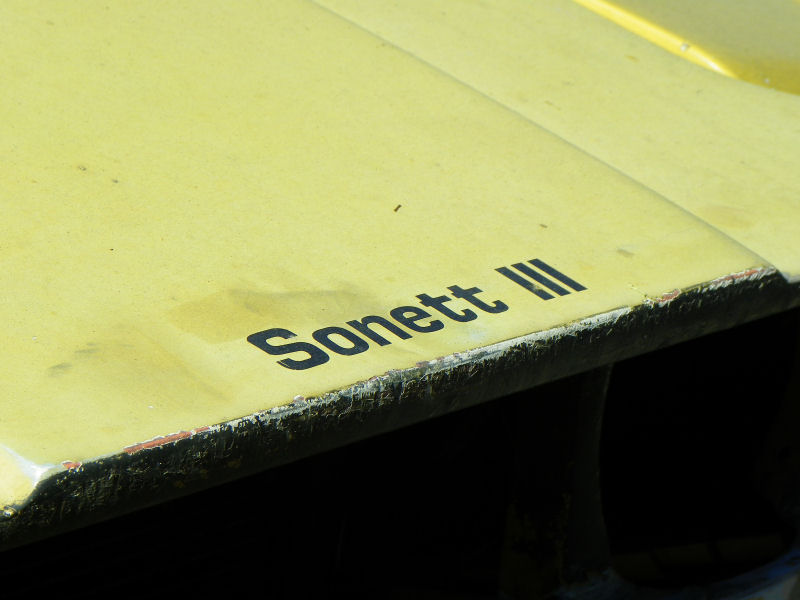 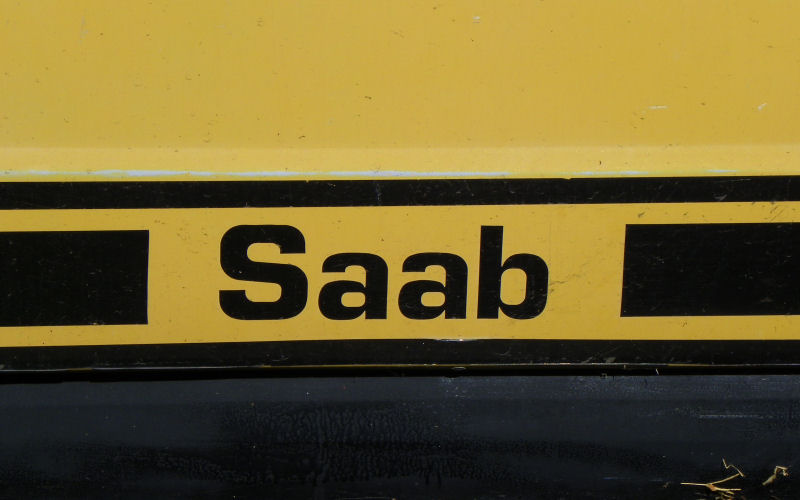 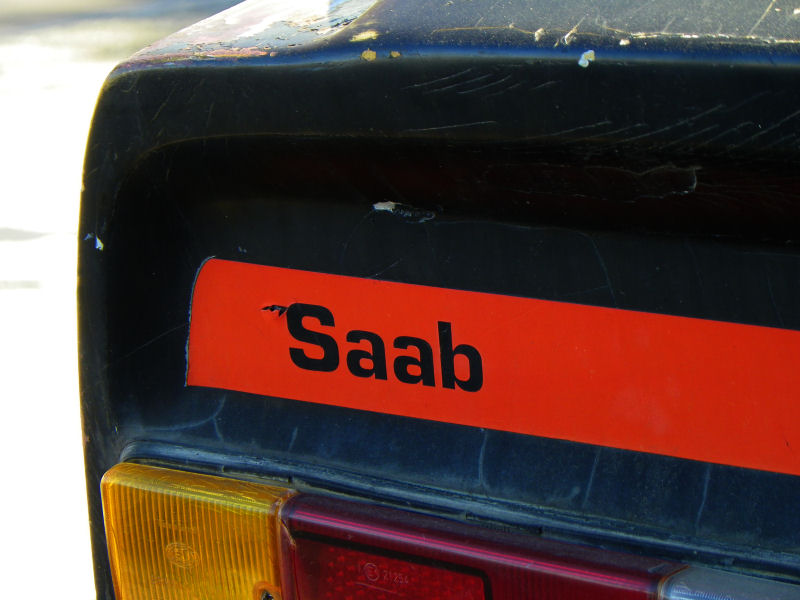 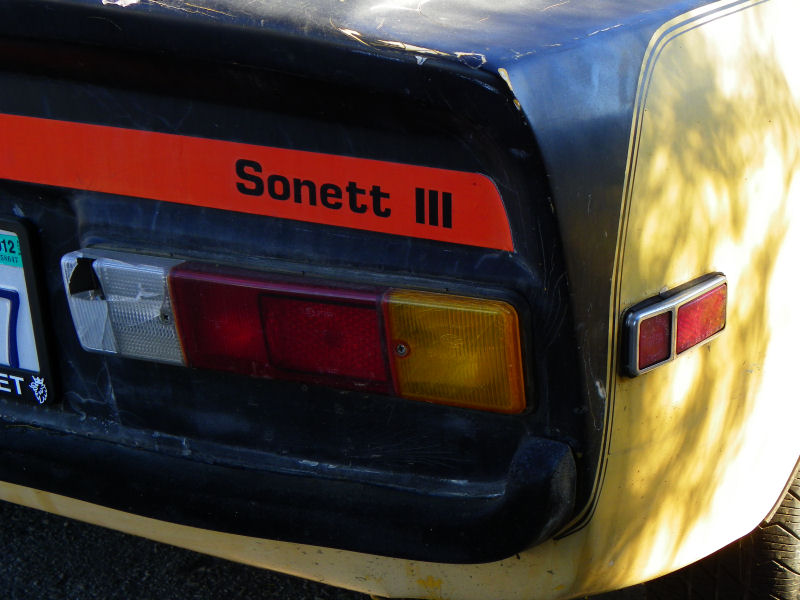 This is a later Saab Sonett III, one of 8,368 produced between 1970 and 1974. Assuming that the tiny rear bumper is stock, it's a 1970-72 model. It's not an especially clean example, more of a running project car apparently being revived by a local Saab shop. I first saw it while looking for a hotel at night. The unique shape stood out in the row of cars even though I only saw it for mere seconds. The next morning my friend and I backtracked and found the car still sitting there. I was disappointed by its condition but it seems to be in good hands with the Saab shop. The decal package on this one doesn't appear to be factory, as the rocker striping is factory-inspired but the lettering is a generic typeface that doesn't match Saab branding. This one is missing the stainless SAAB block letter badge on the left side of the kamm tail, replaced by a red decal strip and the same typeface reading "Saab Sonett III". All 1972 Sonetts had a black taillight panel, but due to the lack of 5-spoke "Soccerball" wheels I'm guessing this car is a 1970 model with the base steel wheels and stainless center caps shared with more mainstream Saabs. I can't figure out the large blackout on the rear of the body. There were a few unique graphics packages for these cars but that doesn't look like one of them. I hope it gets restored. I don't recall ever seeing another Sonett III, or indeed any Sonetts at all outside of a car show besides this one.
Posted by Jay Wollenweber at 12:00 AM