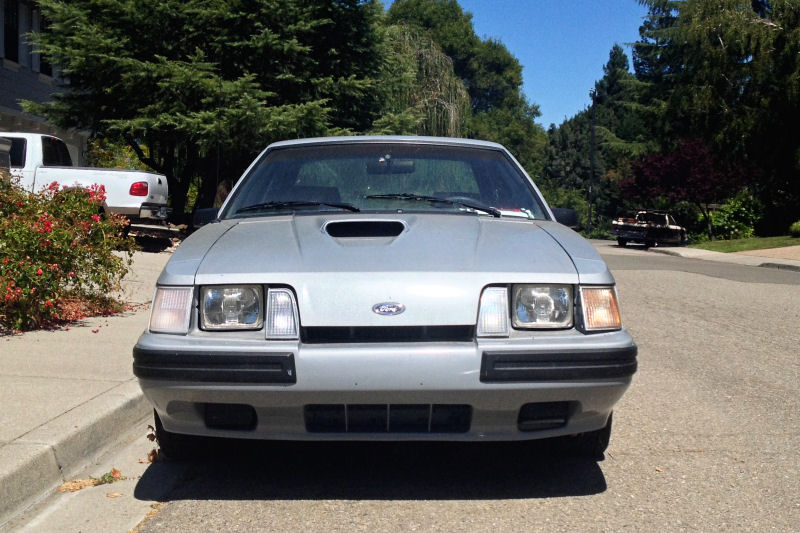 If you like grey Foxbody Mustangs, you're in luck this week. After an '87 GT coupe, here's the second one, a 1984 Mustang SVO. 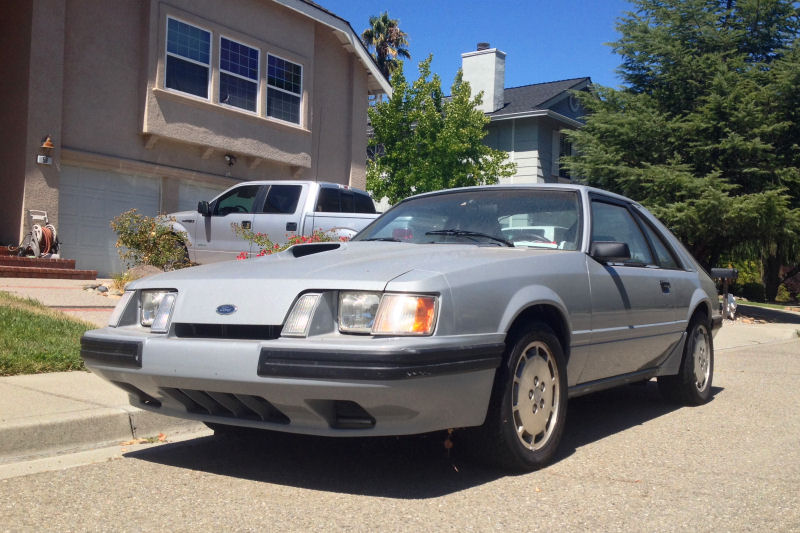 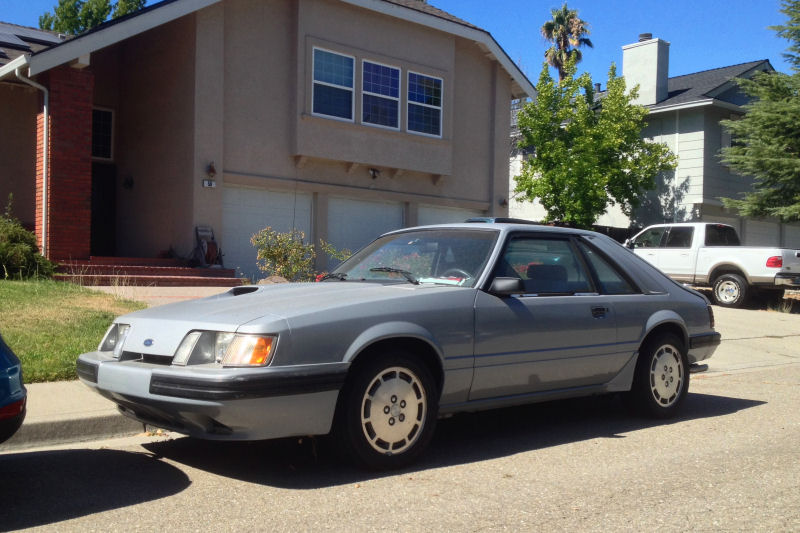 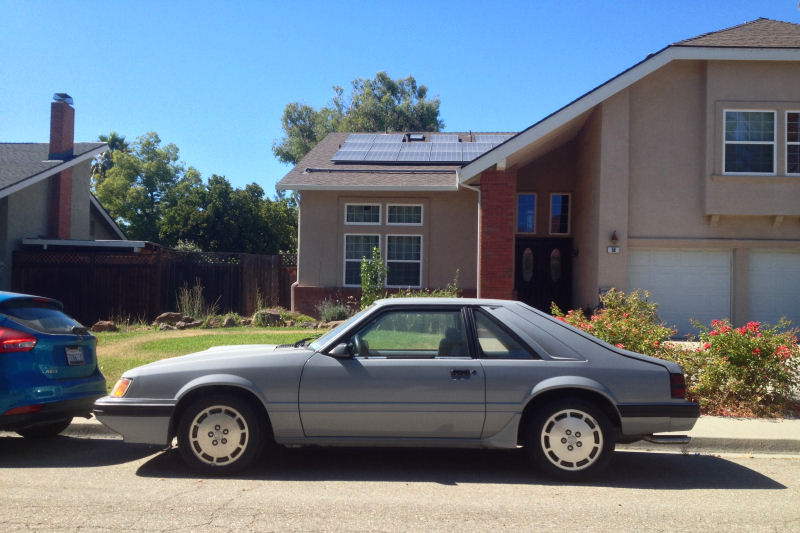 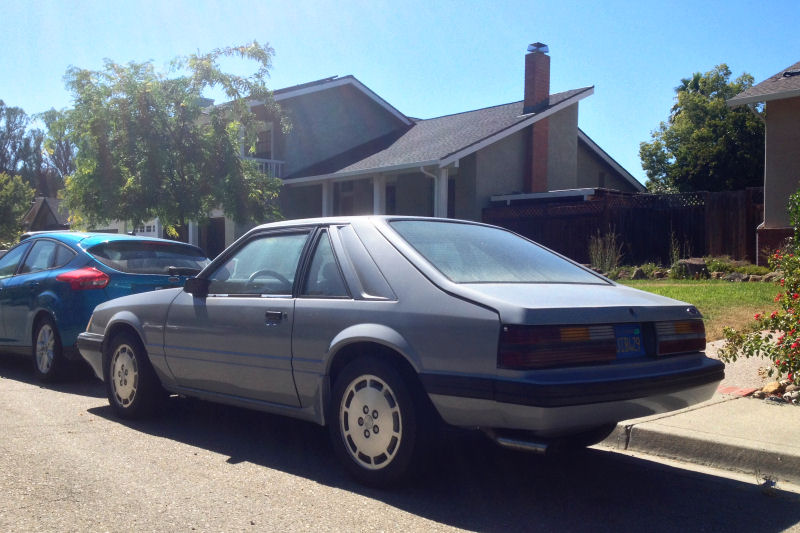 The SVO was one of Ford's attempts to combat European and Japanese sporty cars in the mid-1980s. They made liberal use of the turbocharged 2.3 liter four-cylinder engine as an alternative to old school V8 power in the Thunderbird Turbo Coupe, Mercury Capri Turbo RS and Merkur XR4Ti. A Mustang GT Turbo was also available for a time. But the most special Mustang in the showroom in 1984 was the SVO. 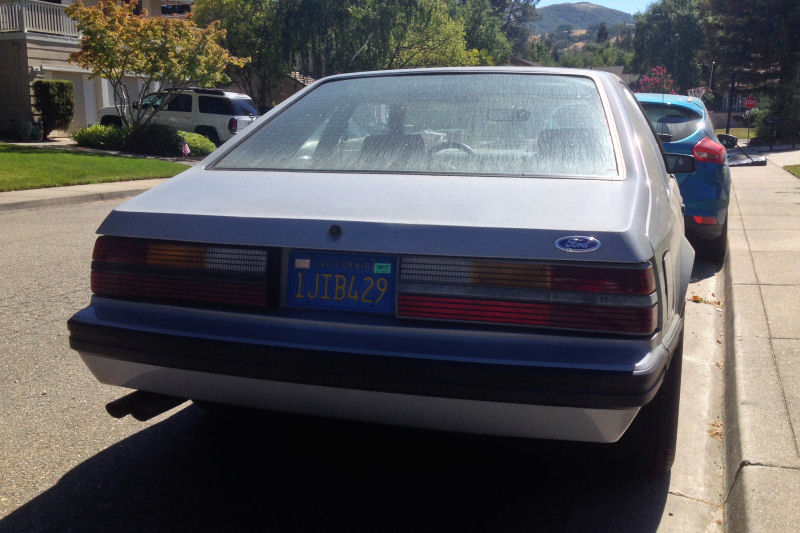 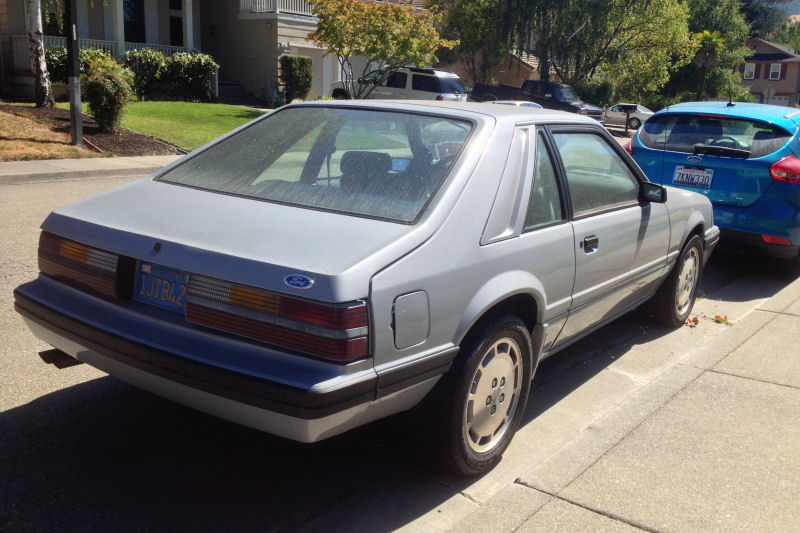 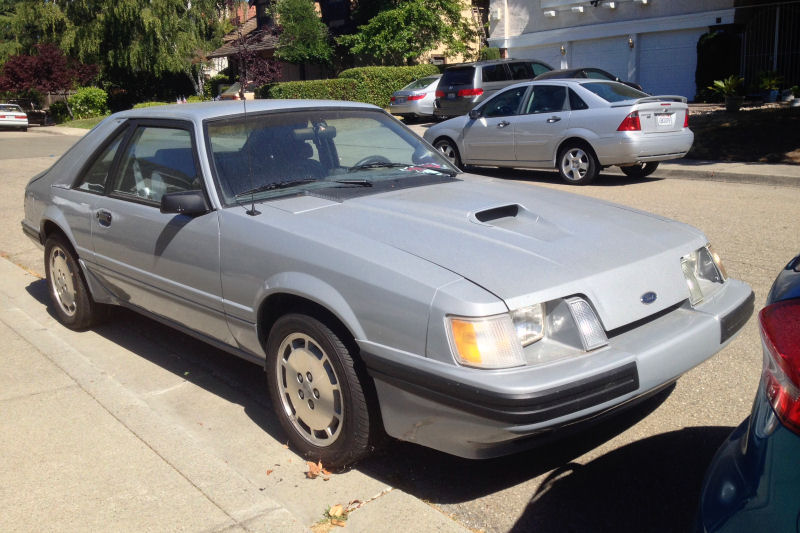 Ford's Special Vehicle Operations department produced a Euro-flavored Foxbody with unique front end, taillights, hood, rear quarter window sail panels and flat faced alloy wheels with five-lug hubs (most Fox Mustangs had four lugs stock). Buyers could choose a biplane rear wing spoiler reminiscent of the rally-bred Ford Sierra Cosworth. This one has no wing at all, suggesting that the original piece was removed, perhaps to suit the taste of an owner who didn't like the controversial biplane. 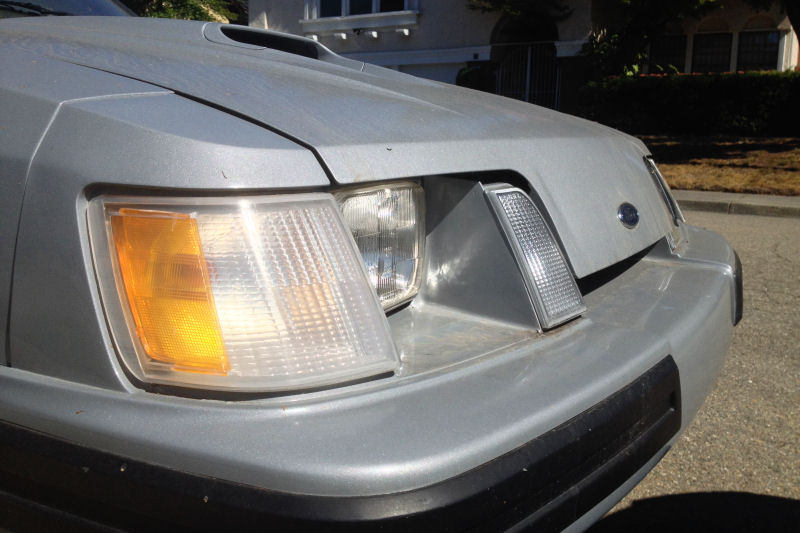 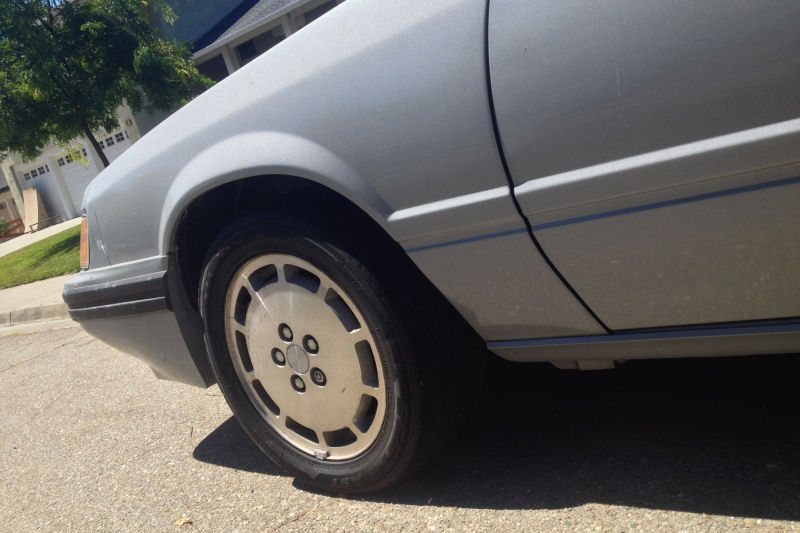 The SVO features an offset hood scoop that actually works, feeding the intercooled turbo four fresh air. The intercooler was a special feature for the SVO (at the time) and was not installed on the Thunderbird, Mustang, Capri or Merkur. It produced 175 horsepower in its inaugural year. A V8 Mustang GT made 165 and the non-intercooled 2.3 turbo GT made 145, roughly the same as a T-Bird Turbo Coupe. Driver-focused goodies include full gauges, pedals optimized for heel-toe shifting and a speedometer that indicated up to 140 mph (but only featured numbers up to 85). 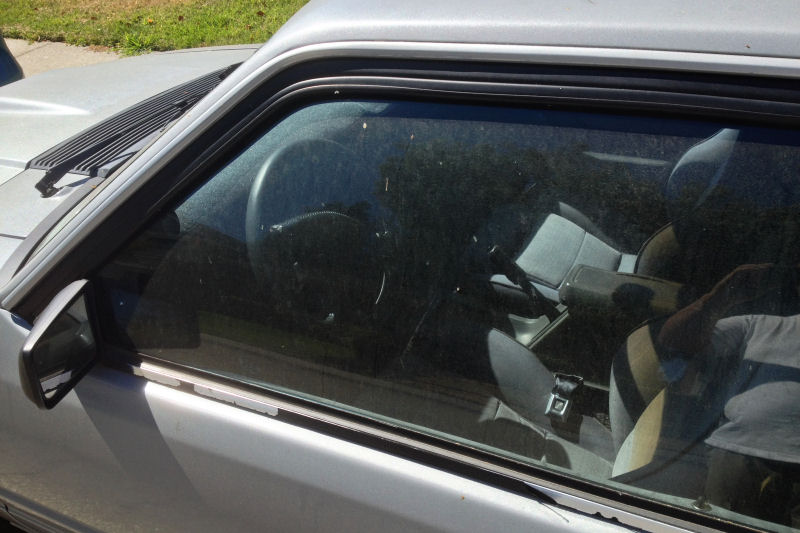 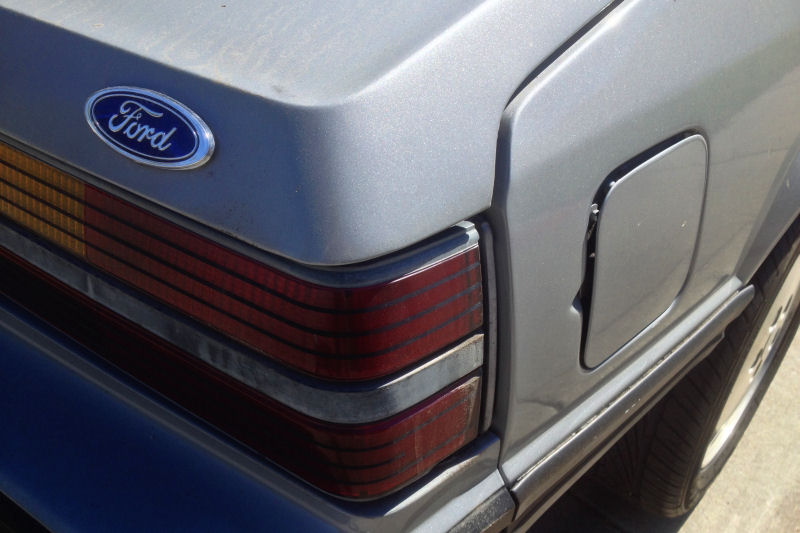 Fewer than 10,000 SVO Mustangs were sold between 1984 and '86. The car was improved every year with more power, and received a facelift halfway through 1985 that gave the car composite flush fit headlamps in place of the deep-set sealed beams seen here. A lot of proven racing knowledge and technology went into these cars. Unfortunately the technology of forced induction and small displacement was overshadowed by the venerable 5.0 V8 once gas prices were cheap again. By the time the SVO ended its run, the GT was ready with a fresh new front end and 225 horsepower. The SVO faded into relative obscurity. Ford recently brought back a 2.3 turbo for the Mustang though, and not strictly as an economy choice. An EcoBoost Mustang makes 310 hp. I love the sound of a proper 5.0 but it's tough to argue with a turbo four-pot making those numbers.

Photographed August 2016
Posted by Jay Wollenweber at 12:00 AM