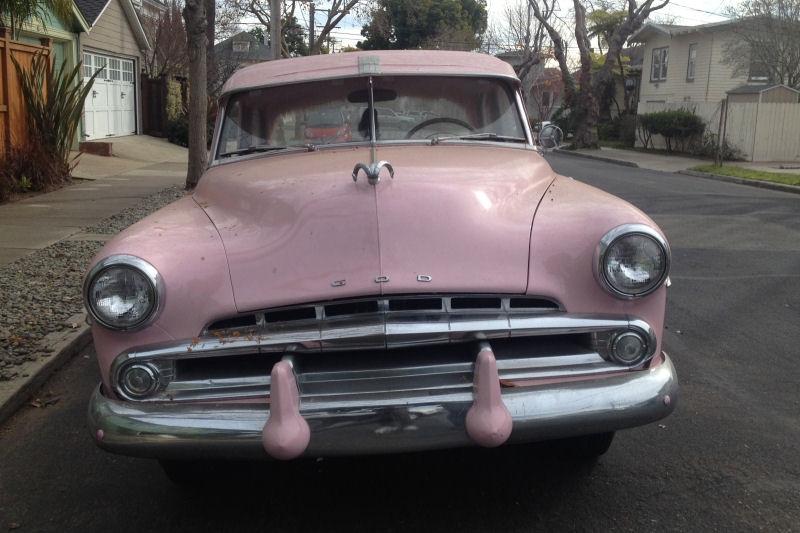 In my final post of 2016 I said I hoped to be more active in the new year. Here we are halfway through February and nothing to show for myself. So in recognition of Valentine's Day and to show my loyal readers some love, here's a pink 1951 Dodge Coronet coupe I ran across in Alameda last year. 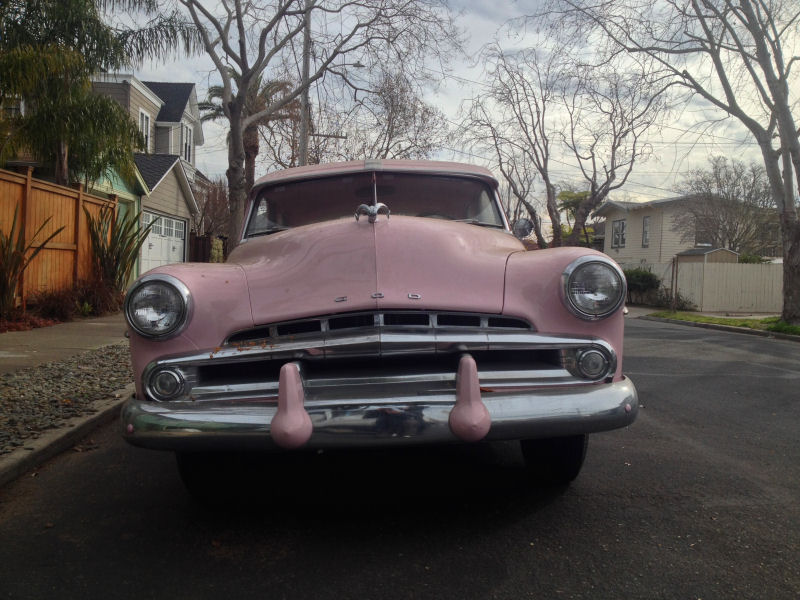 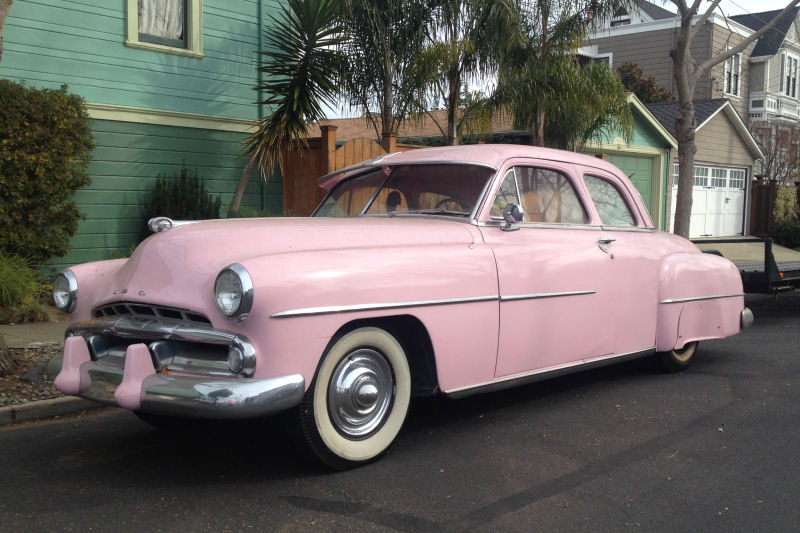 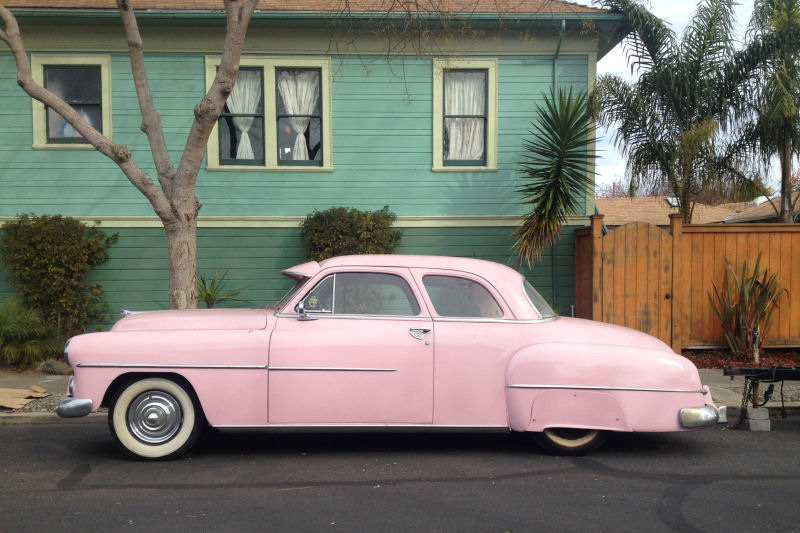 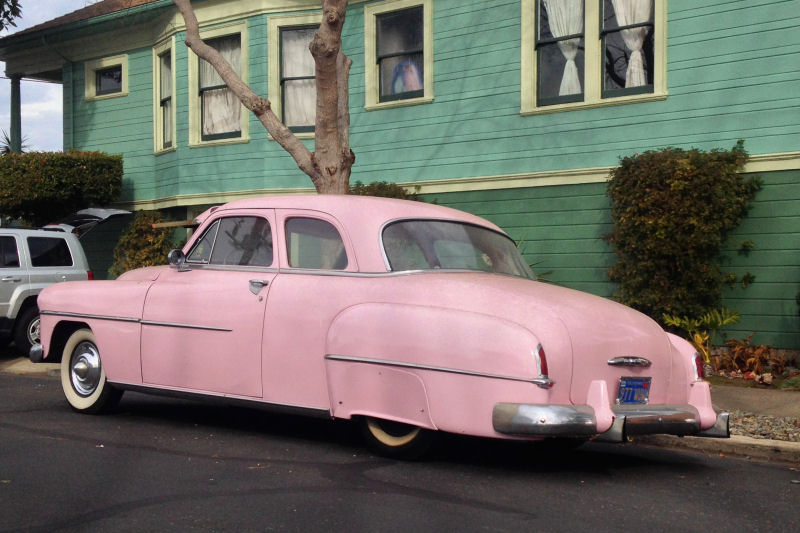 Pink was not exactly on the Dodge paint chip menu when this car was made. There were a few beige tones but nothing so rosy and stomach-calming as the hue currently worn on this low cruiser. That would come in 1954 with the introduction of Spanish Coral. A Dodge was one of the most average cars a person could buy in its day, a pretty straightforward family or business vehicle with a straight six and Fluid Drive three-speed transmission. Coronet was the top model but would not receive a V8 option until 1953. 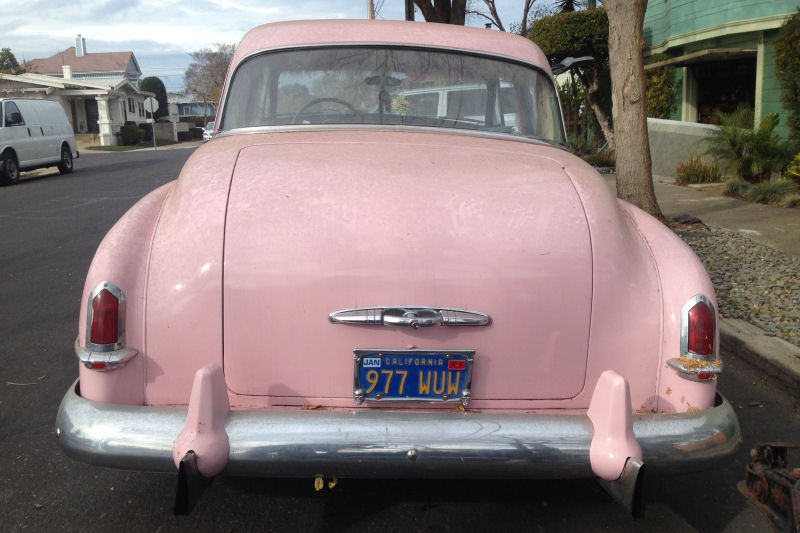 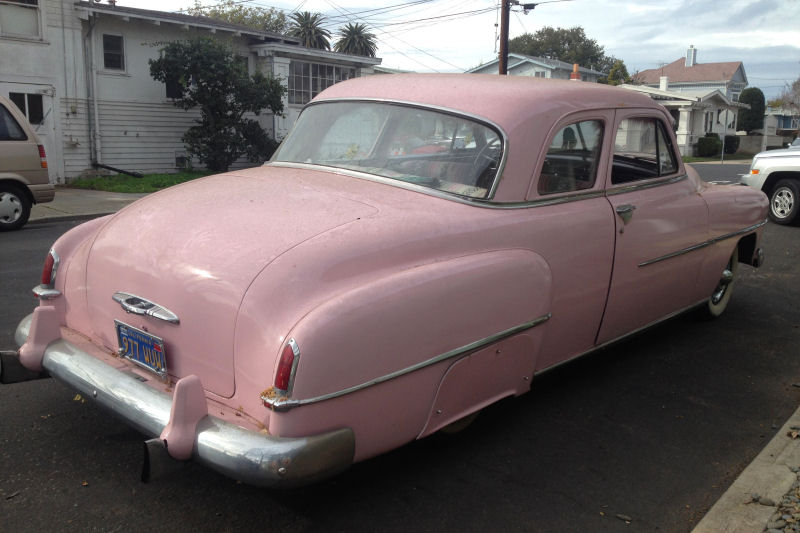 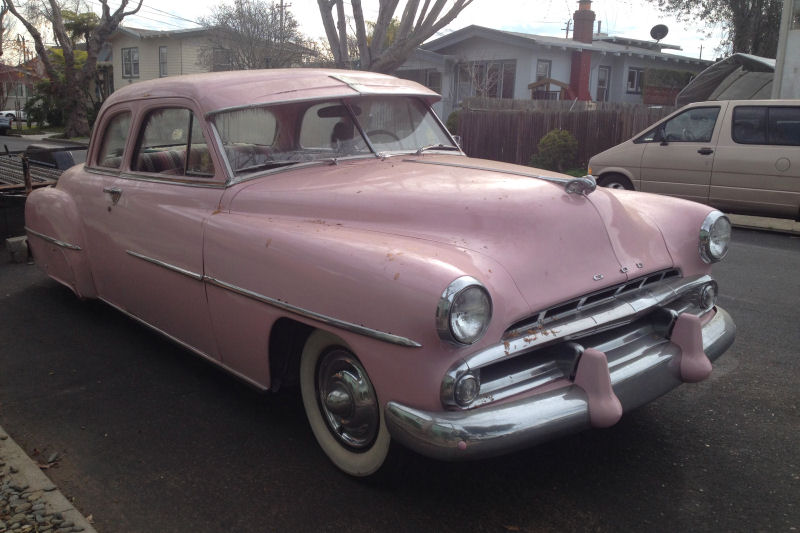 This car is what I would consider a very mild custom. It sports fender skirts, a windshield shade and painted bumper guards cut to admit tall flared tailpipes. Ride height looks like it could be a smidge lower than stock, and the stainless wheelcovers are probably also custom. Fat Firestone whitewalls complete the vintage cruiser look. Inside the seats are covered with a pink woven blanket that compliments the body. One whimsical touch is found on the hood, where the owner has removed or rearranged letters from "DODGE" to spell "GOD". Some may find it silly but who am I to argue with the Almighty? 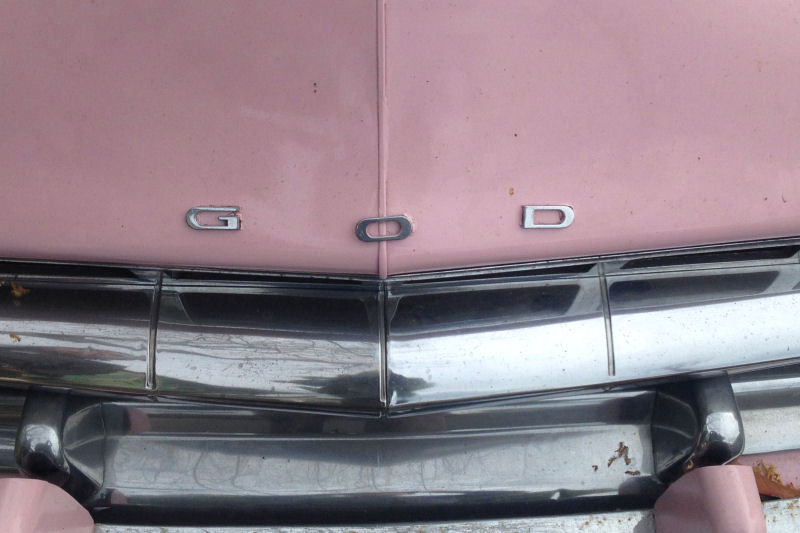 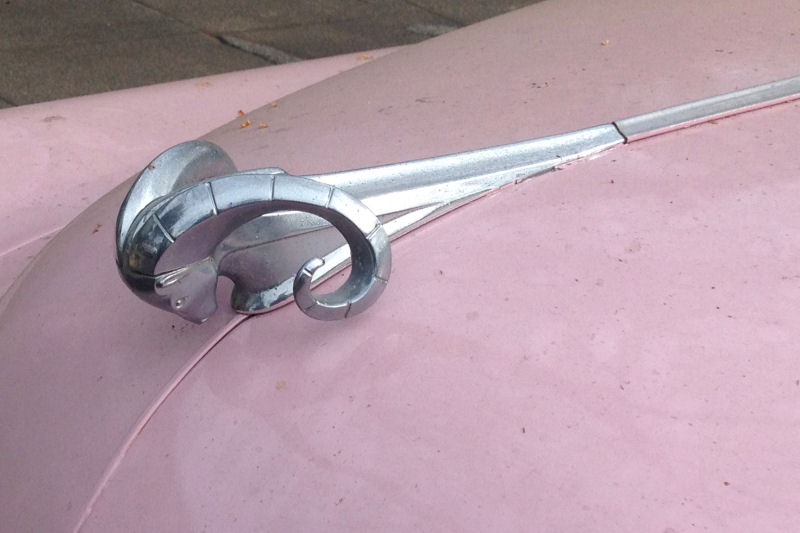 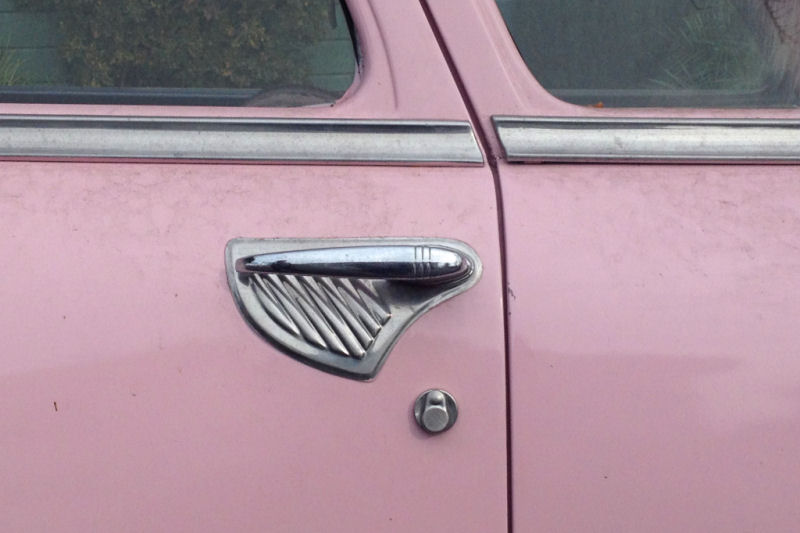 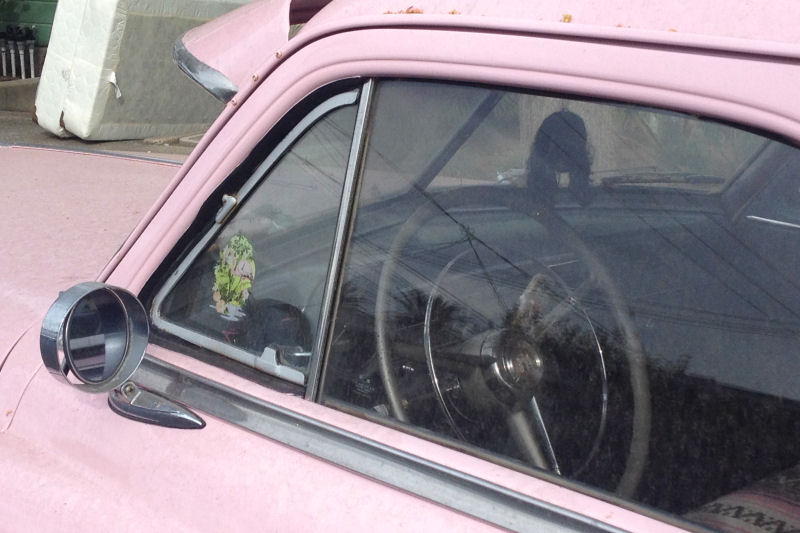 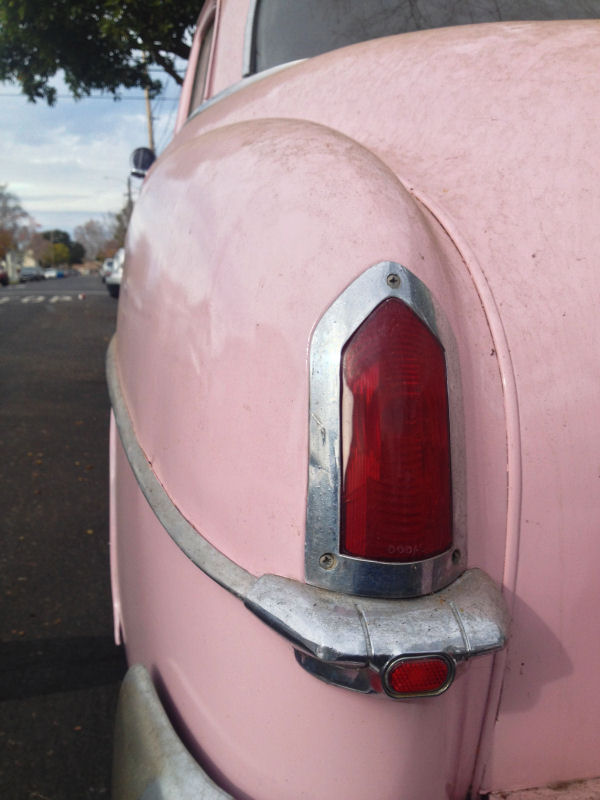 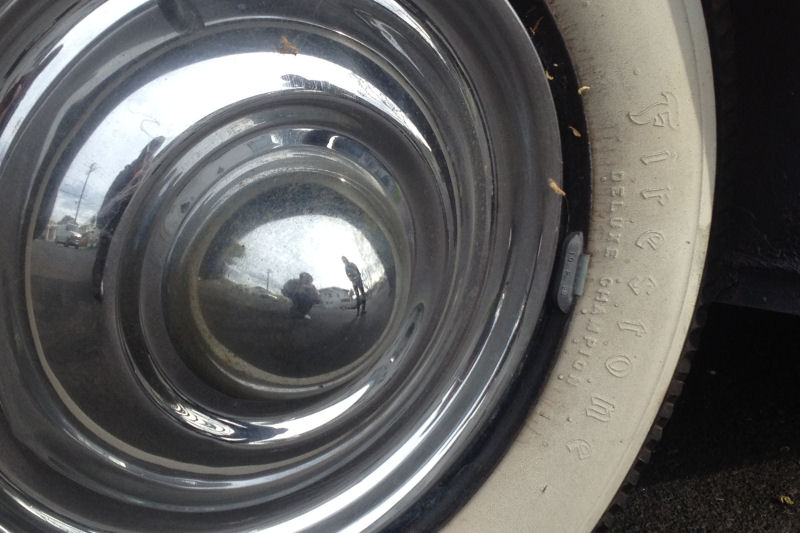 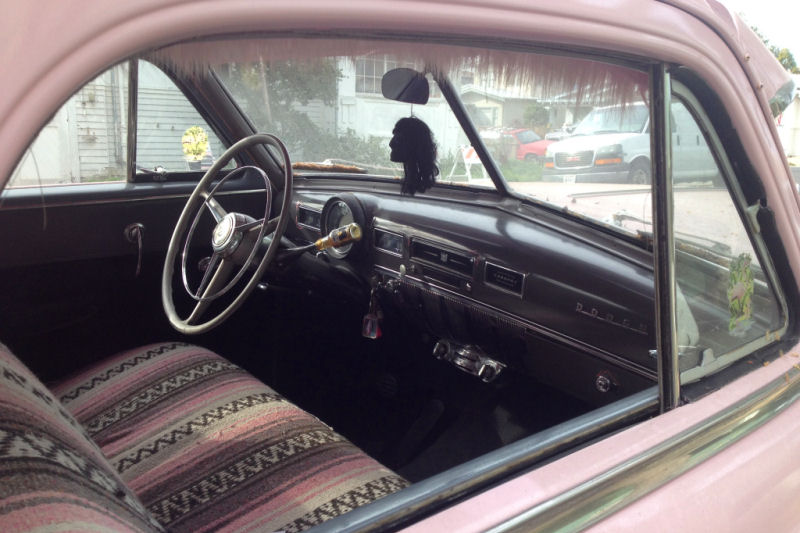 I don't see too many Mopars from before the Virgil Exner era. It seems like everyone wants a V8 and tail fins if they're going to drive something from the '50s. But while a 1951 Dodge doesn't stand out in a row of cars from 1951, it certainly stands out on the street today. Good on the owner for keeping one going.