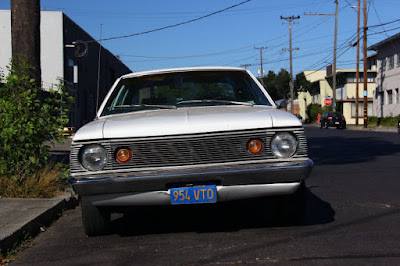 One of my favorite annual traditions on this blog is Independents' Week. Not coincidentally, it falls on the week of July 4th, America's Independence Day.

It's an opportunity to look at some classic American cars not produced by Detroit's Big Three, Ford, General Motors or Chrysler. First up this week is a 1971 AMC Hornet sedan. 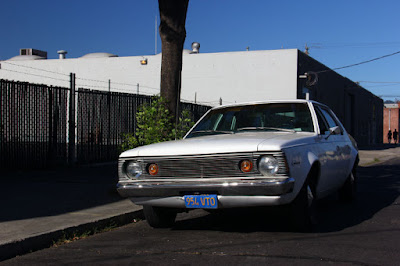 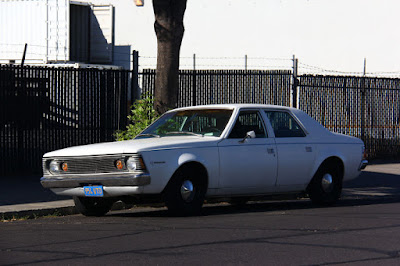 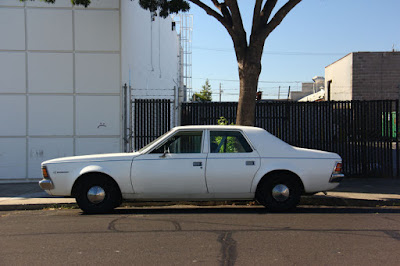 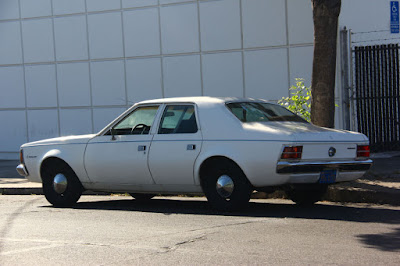 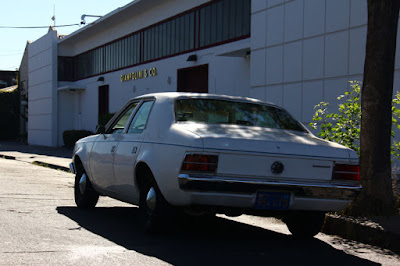 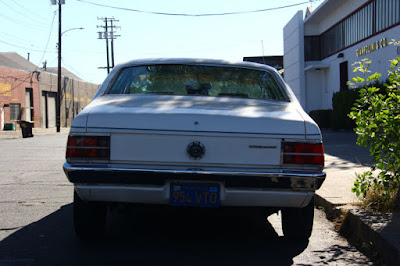 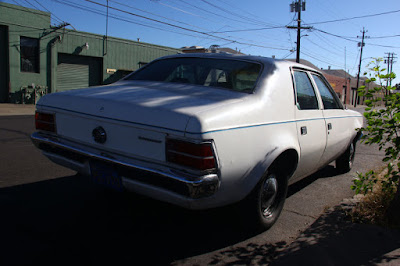 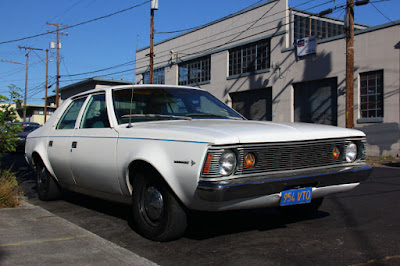 I've featured a few Hornets previously, including one four-door sedan, a hatchback coupe and a two-door sedan. This one is an early model, one of the oldest Hornets I've seen. I love the AMC Hornet and this is a refreshingly simple, honest example in factory stock form. There is a utilitarian look and feel to the Hornet, particularly on non-SST base models such as this one, featuring dog dish hubcaps and a single side mirror. The styling is so Spartan, the cool tri-color contrasting pinstripe seems almost like an extravagance. I like the detailed bee emblems on the front fenders and the fuel filler cap, the former of which was dropped on 1972 models presumably to cut costs. 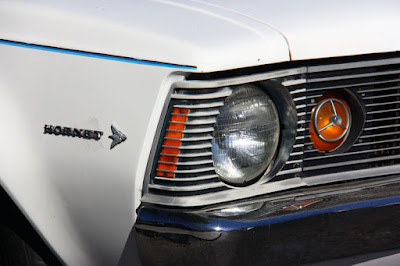 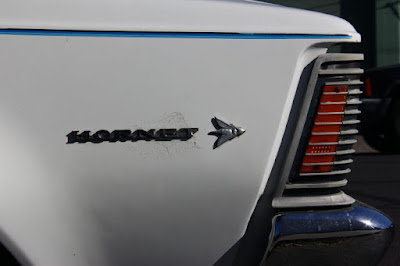 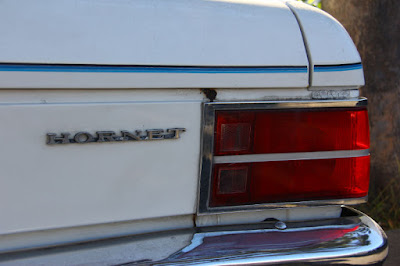 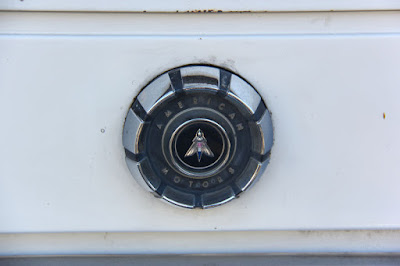 Condition is decent, not mint by any means but a good solid daily driver. I'd expect a 3.8 liter straight-six under the hood and either a three-speed manual or the three-speed Shift-Command automatic. I actually really like it with the black steel wheels and stainless/chrome dog dishes. It gives the car a sort of 1970s government fleet look. At this point, a lot of the low-spec basic family cars that were prevalent on the roads decades ago have gone by the wayside, so it's great to see a basic Hornet sedan that hasn't gone to Pick 'n Pull.
Posted by Jay Wollenweber at 12:00 AM