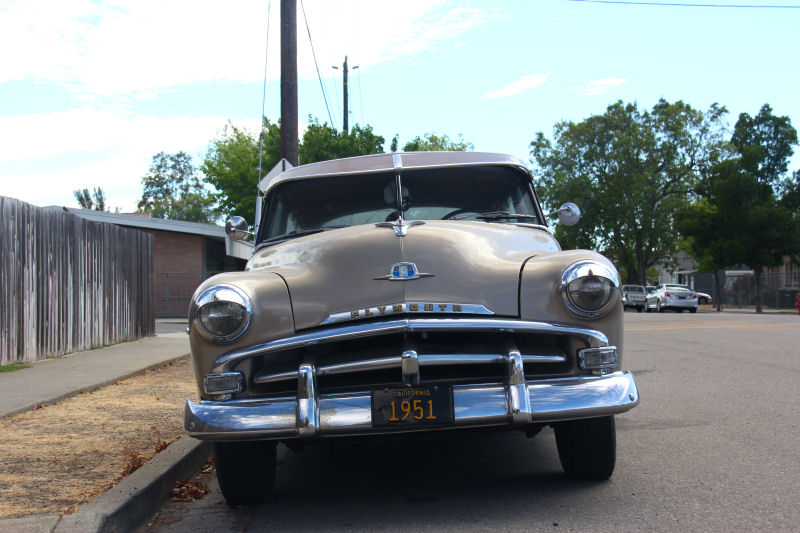 One of the curious things about the 1950s to a modern observer is the complete market dominance of the full-size car in the U.S. To many in that era a large car represented space, safety, stability and status. Oh yes, and value. Some drivers favored the little foreign jobs like the early Volkswagens or some of the British MGs, Triumphs or the odd Austin or Morris that were popularized by returning military servicemen after WWII. The Japanese were still a few years away from attempting a toehold in the United States with diminutive Toyopets and Datsuns. Even such American small cars as the tiny Crosley, prewar Willys Americar and postwar Aero, upcoming Hudson Jet and Nash Metropolitan would prove to be little more than bit players in their respective times. Large American cars owned the roads and if you could only afford one car for the whole family, you might as well get the biggest and best car in your price range. 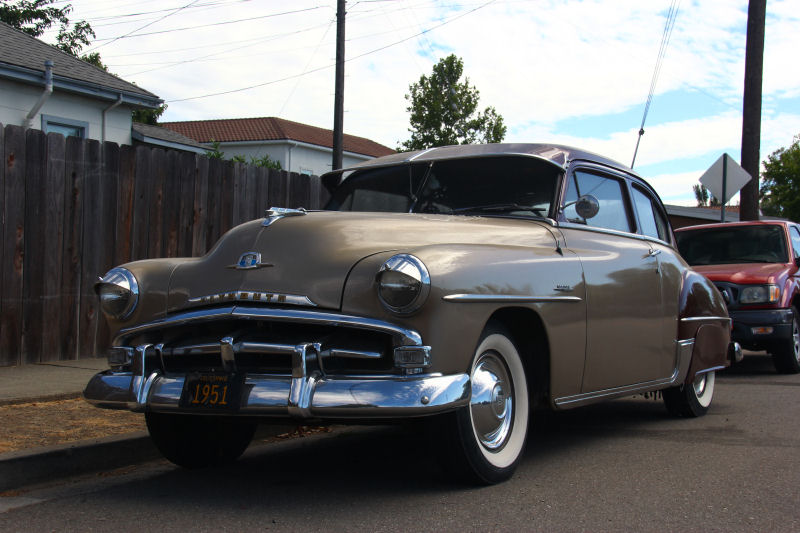 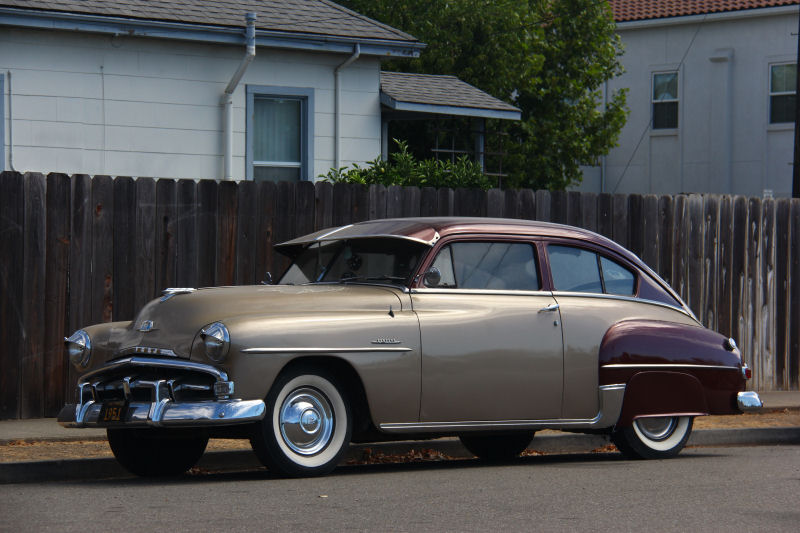 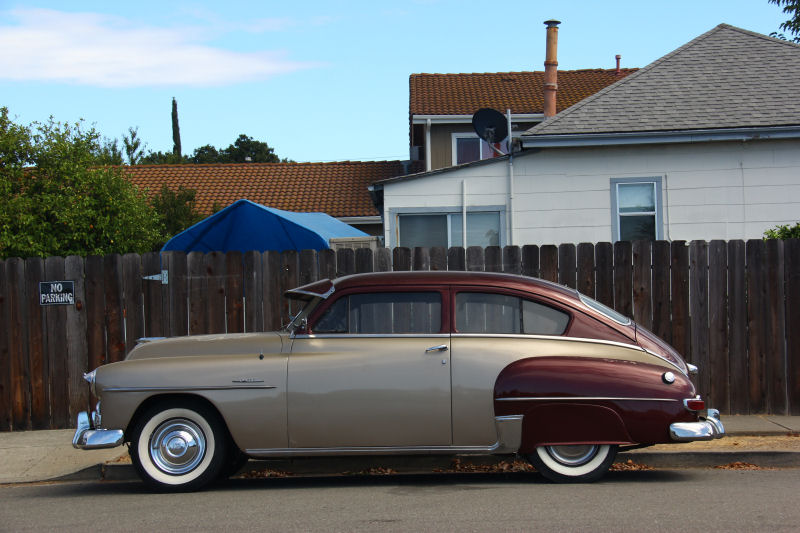 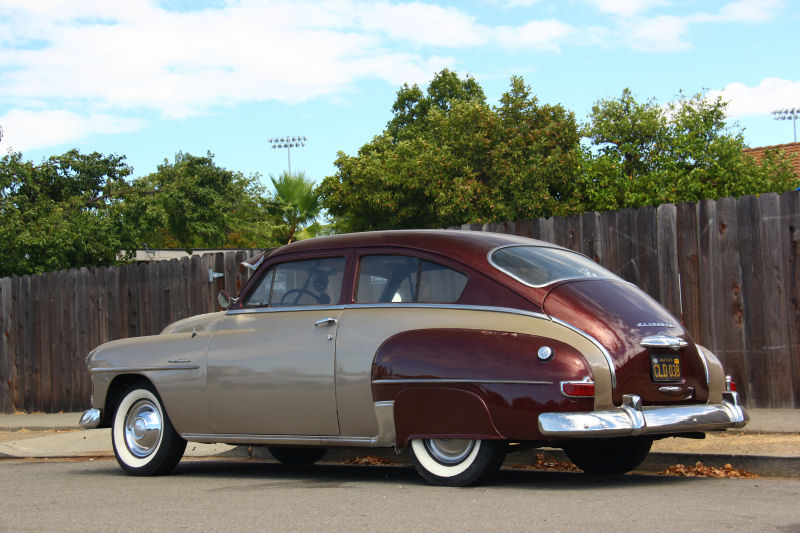 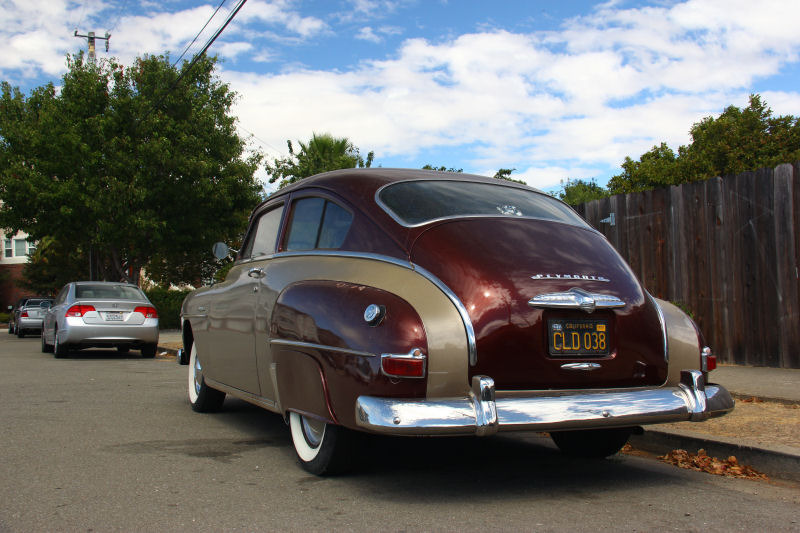 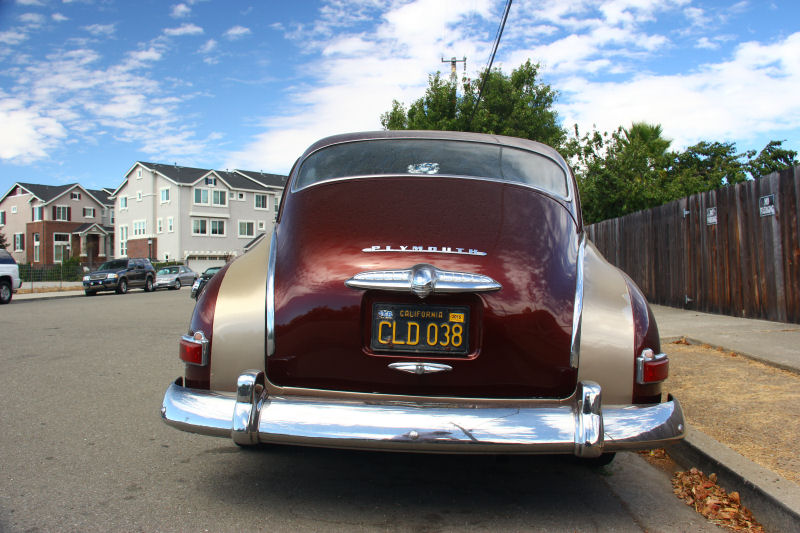 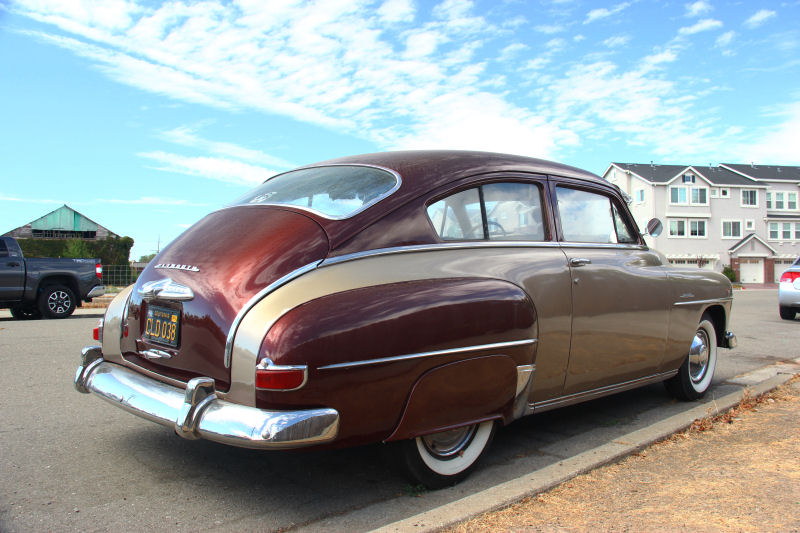 For a smallish family or a couple on a budget who still wanted a touch of style, Plymouth offered the Concord, their cheapest model. The Concord came in one "DeLuxe" trim level on sedan or coupe models, was offered only with two doors and only featured one engine option of a 217 cubic inch straight six with a three-speed manual gearbox. Engineering was conventional with relatively little new technology or content introduced. Plymouth cars were made to function reliably, and they were very proud of their reputation as the favored taxi cab brand nationwide. Rear fenders were still of the old bolt-on pontoon type (this was marketed as a feature, for being cheap to repair), and Plymouth was one of the last brands to still use flat-pane V windshields. The Concord came standard with electric wipers but a dashboard clock was optional. 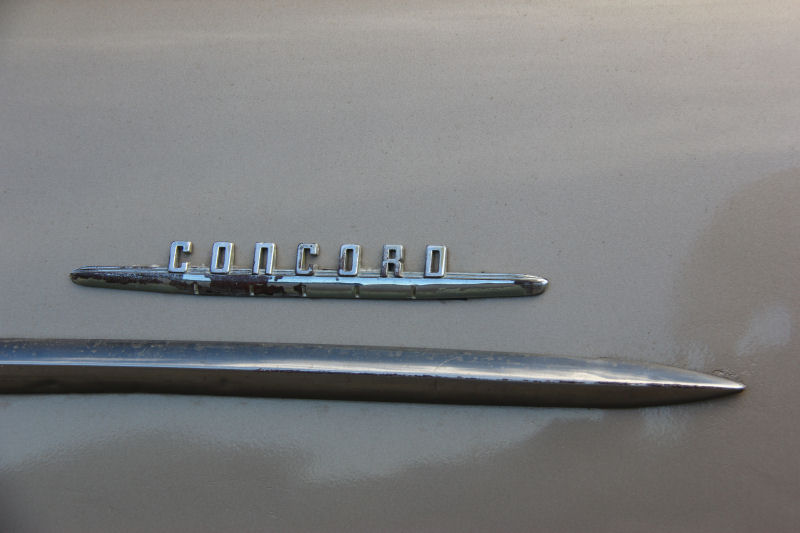 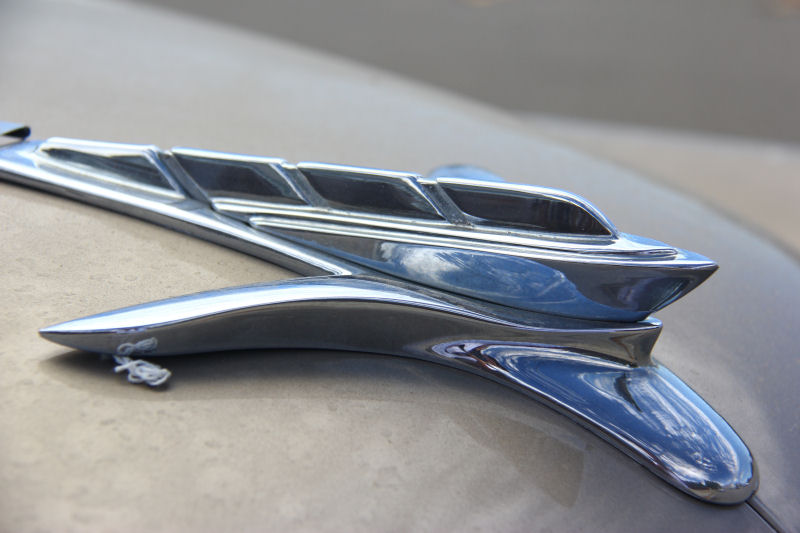 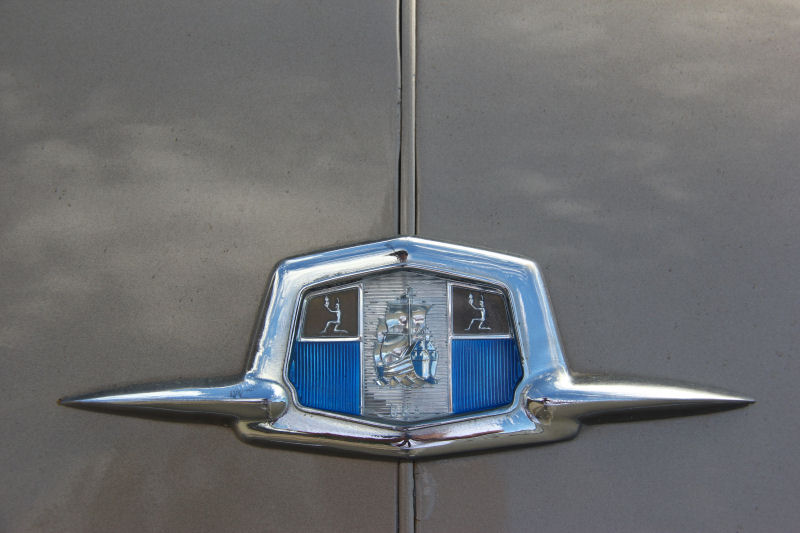 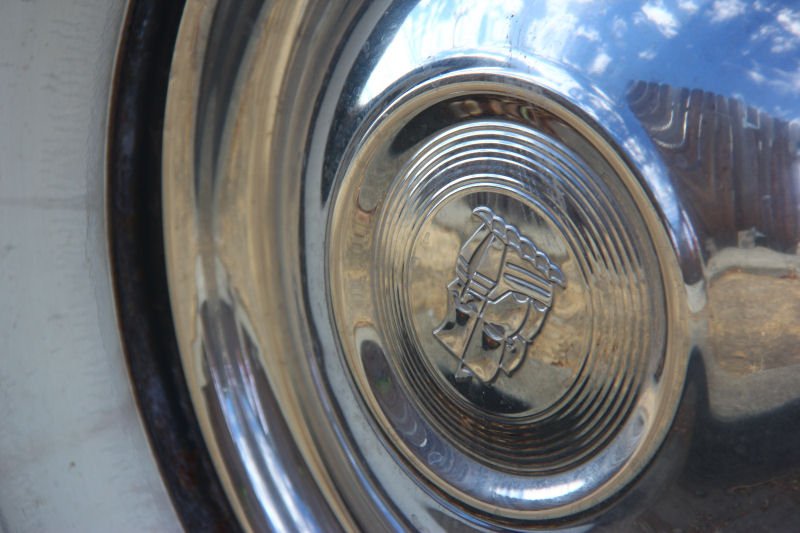 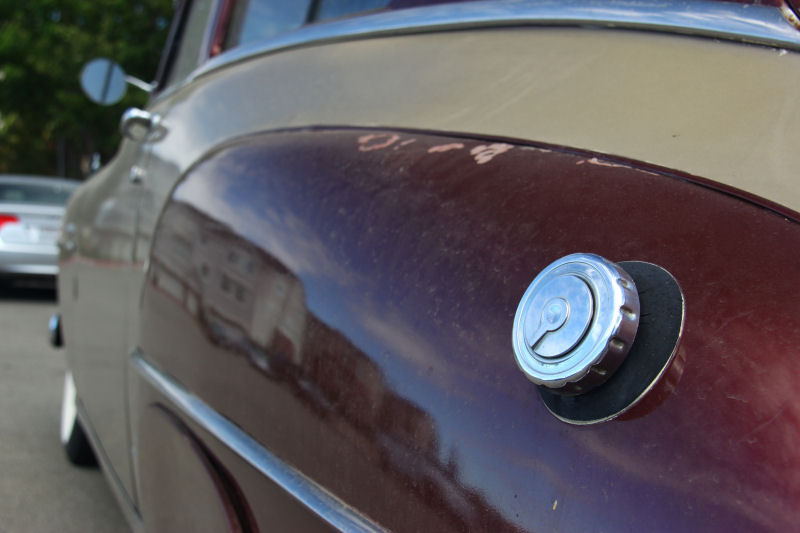 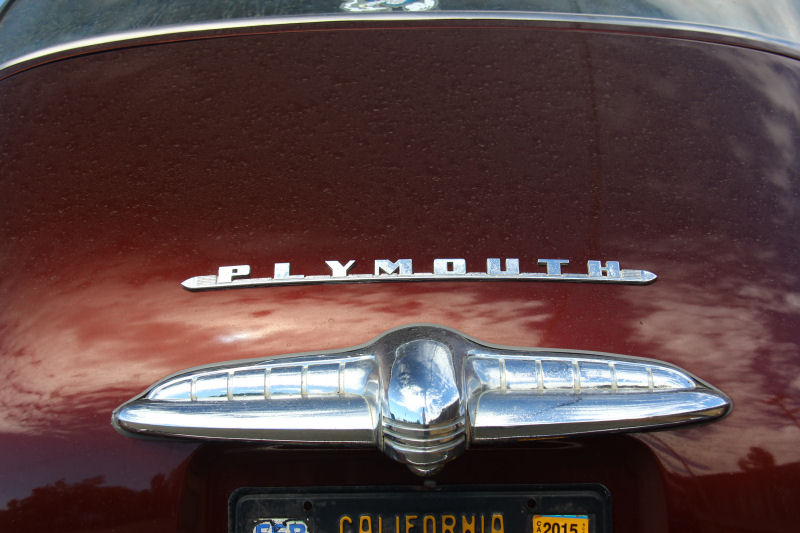 This Concord 2-door sedan displays quite well on the street for its age, sporting all of its chrome trim, whitewall tires, full chrome wheelcovers and a steel sun visor. The paint is almost certainly not original, as no metallic colors were offered in 1951 Plymouths that I know of. I think I like the two-tone combination of maroon and champagne, though it may be time for a repaint soon. This is the same corner where I found the '56 Chevy 210 and '53 Hudson Hornet, and I keep coming back just to see what else is there. Incidentally, my previous feature of the '65 Buick LeSabre was shot on this same corner as well. I've only come across this Plymouth a couple of times as of this writing, and for being a simple cheap car of the era kept basically stock I think it's pretty cool.
Posted by Jay Wollenweber at 12:00 AM