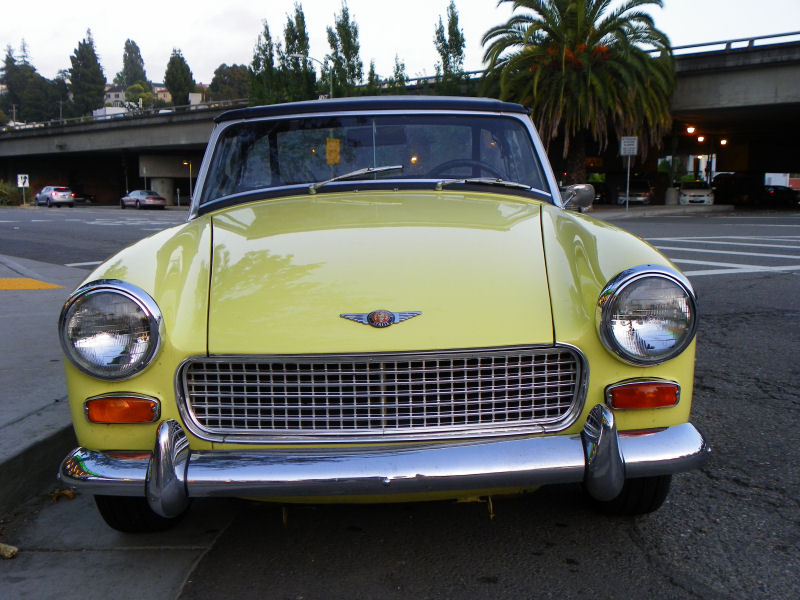 In this era of political correctness it seems like the word "midget" is considered derogatory to little people. So what does that make the MG Midget? A Midget by any other name... is an Austin-Healey Sprite. 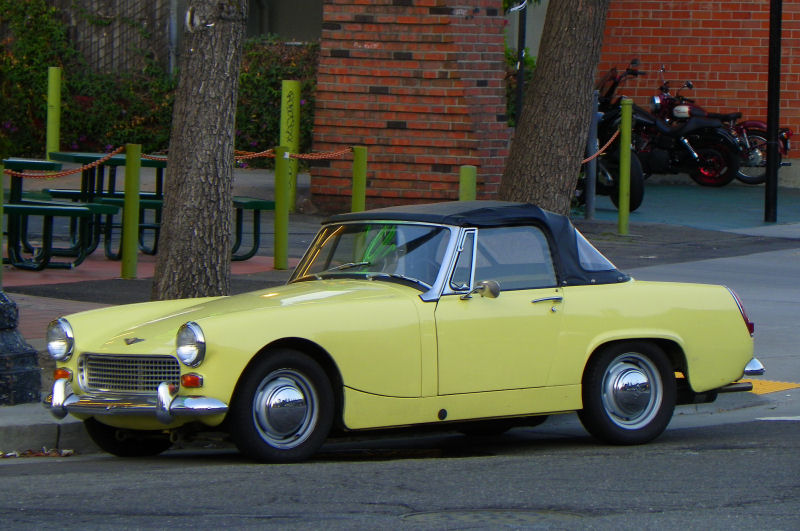 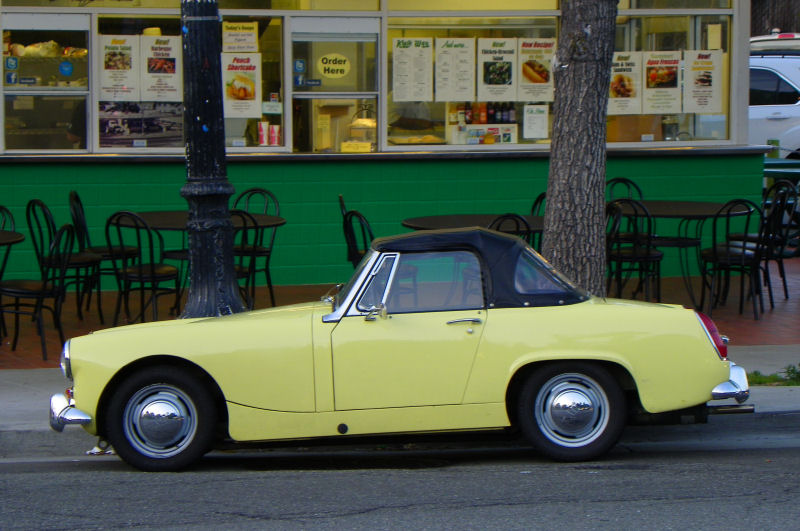 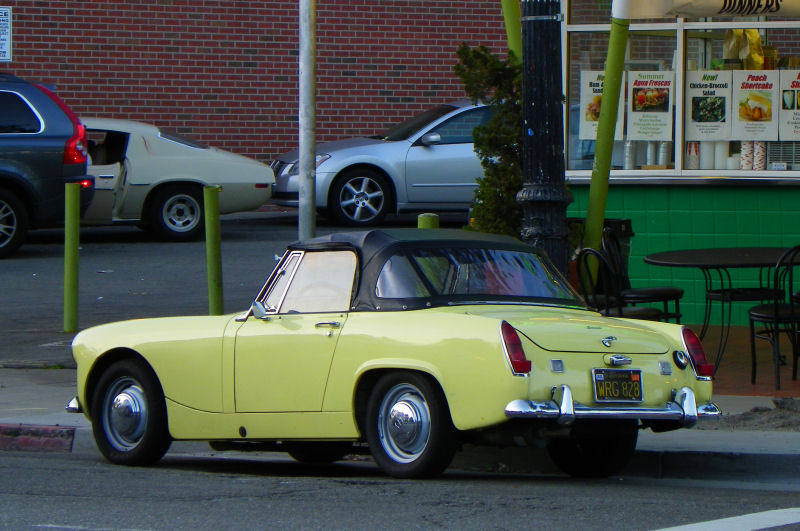 The early Austin-Healey Sprite most people know is the "Bug-Eye" or "Frog-Eye" Sprite, the ridiculously happy-looking little roadster that was starting to appear dated by the early 1960s. A more modern design was created for 1961, shared with the MG Midget pretty much down to the last bolt. Only the badges were different, and the Midget had a chrome side trim. The car went through a series of improvements throughout the decade that gave it a curved windshield, roll-up windows, vent windows, more power and a fixed fabric convertible top. 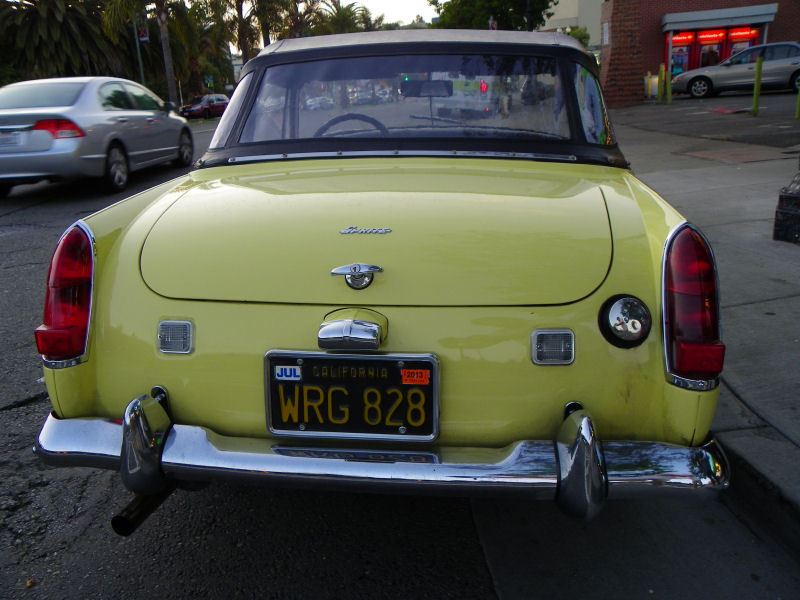 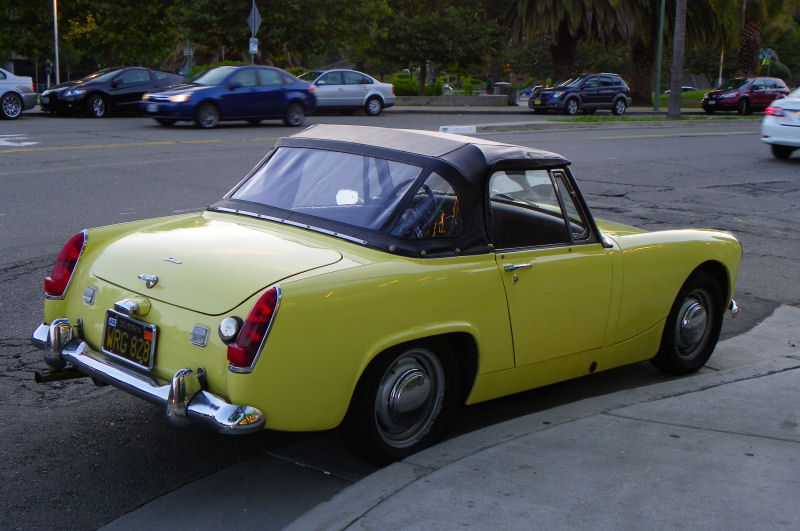 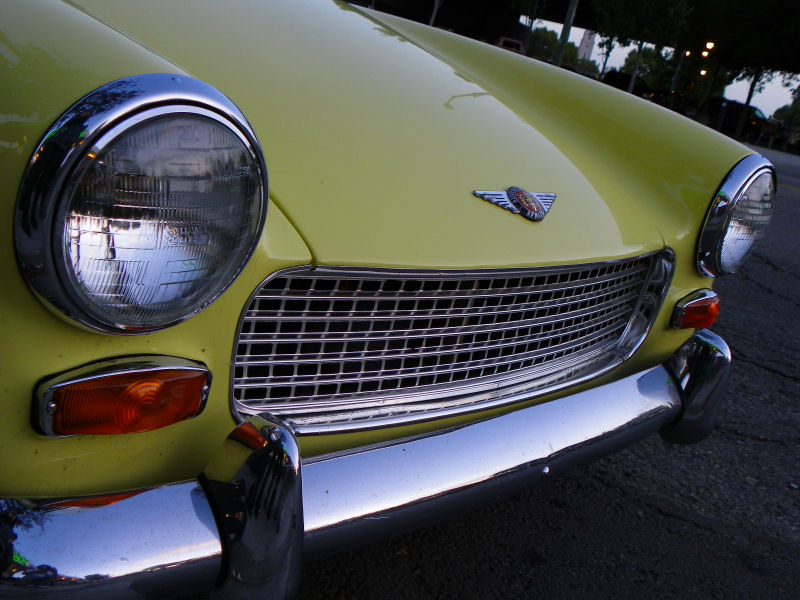 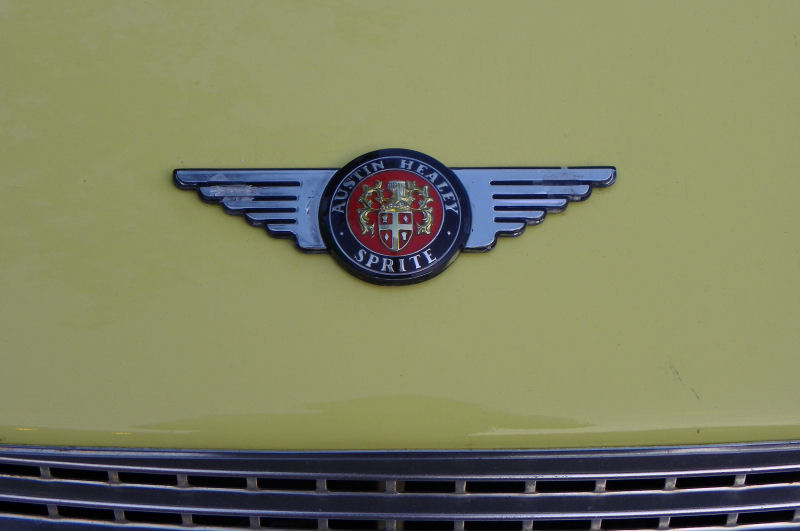 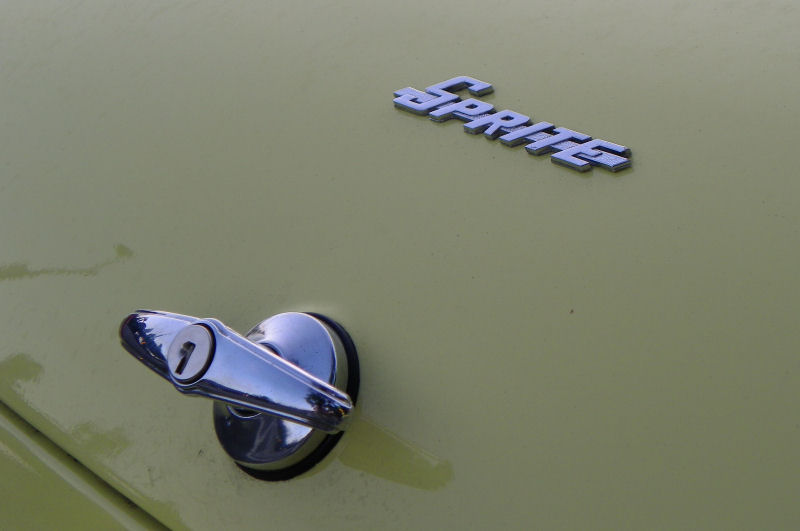 This cheerful Pale Primrose Yellow example is a series IV car which, if the registration is original, is probably a 1968 model. It's a good year to be, as most post-1968 models were disfigured somewhat by federal side marker reflectors and a detuned version of the 1275 cc four-cylinder to meet new emissions regulations. I believed this car was a 1967 model until I saw that the reverse lamps appear to have been equipped on '68-and-up cars. The only '67 with reverse lamps that I could find on Google was a Barrett-Jackson auction listing, and those aren't always accurate. 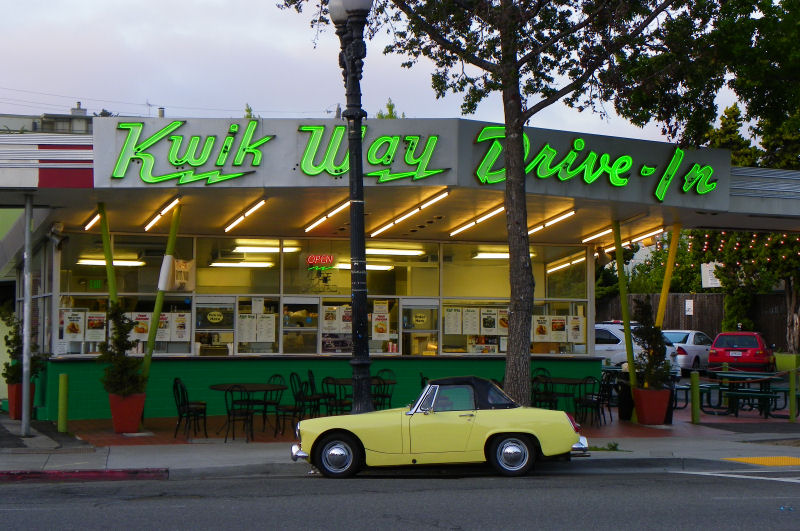 I quite like the setting for this shoot. It wasn't planned, either. I was going to see a movie with friends at Oakland's Grand Lake Theater that evening, and beforehand we decided to stop at the Kwik Way Drive-In, a local landmark dating back to 1956 (formerly the Grand Lake Drive In). This little Healey just happened to be parked out front. Sometimes you get lucky.
Posted by Jay Wollenweber at 12:00 AM