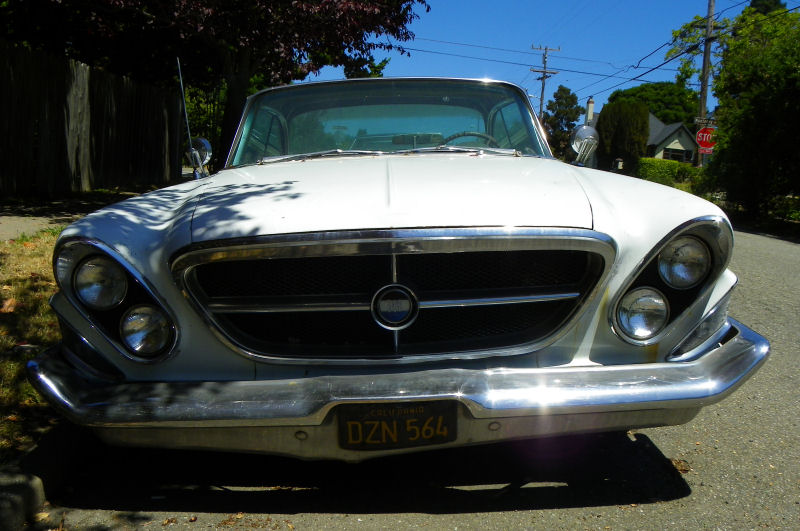 Sometimes when searching for cars I'm very lucky, and sometimes my timing is very poor. I happened upon this 1962 Chrysler 300 on a day when the owner was about to meet with a prospective buyer. As in, literally within minutes. He walked outside shortly after I began photographing the car and we chatted for a while. Then the buyer arrived and I decided it was time to let them discuss business. 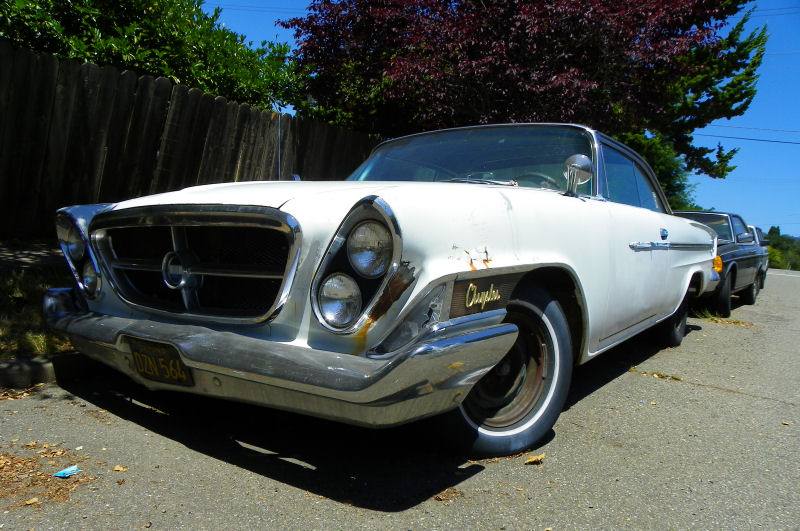 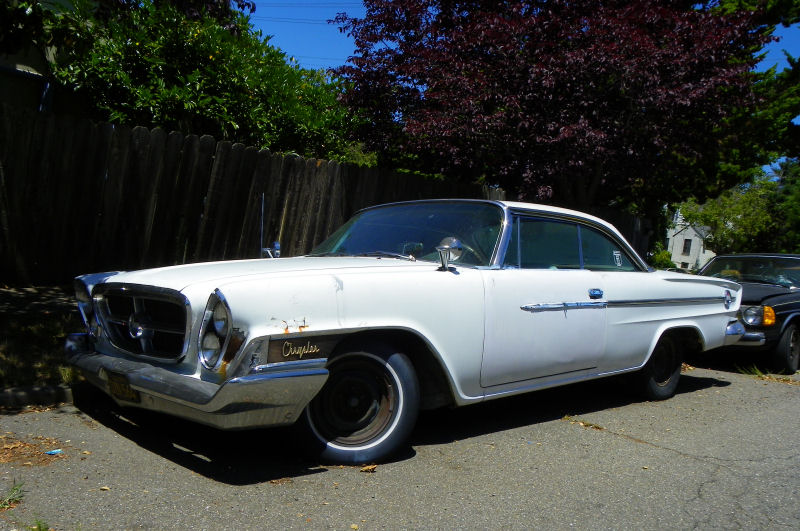 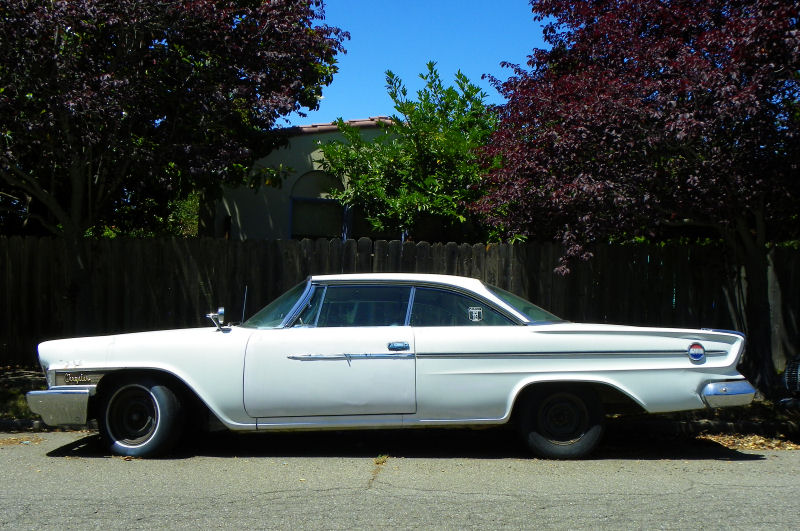 The 1962 Chrysler 300 is a mixed bag of car design. The '61 cars had received slanted headlamps and a trapezoidal grille, which continued into 1962. The new cars lost their tailfins for a more modern look. It also marked a partial decline of the 300 letter series begun in 1955 with the NASCAR-winning C-300. The 300 was now available in non-letter form as a mass-market coupe, convertible or even a four-door hardtop with an options list that included most of the formerly exclusive 300 letter-car content. This heavily eroded sales of the 300H. Even the 300H's 413 cubic inch "Wedge" V8 was optional on the regular 300 in place of its standard 383 engine. 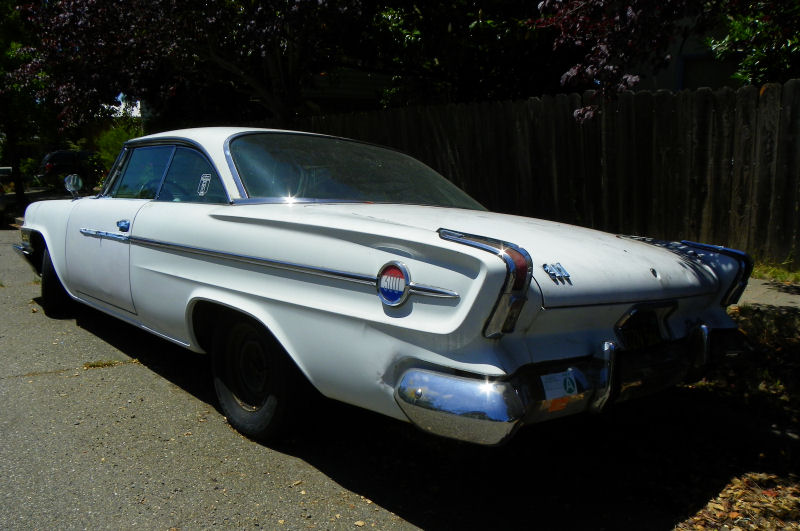 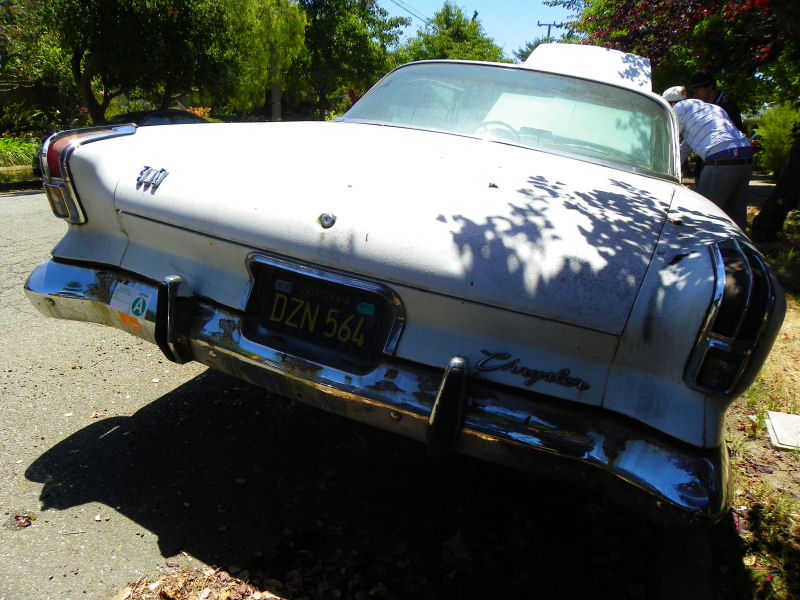 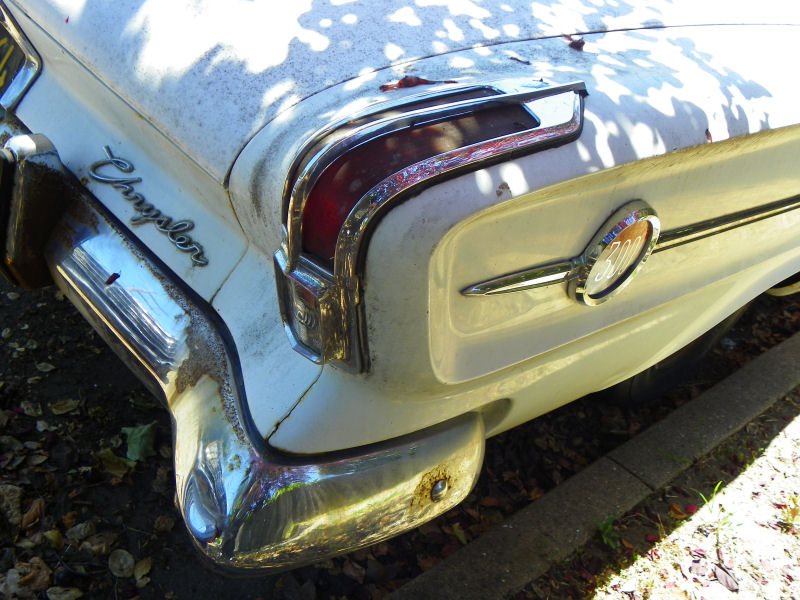 I seem to recall that this was a Wedge car. It had had an interesting life, including but not limited to a replacement right front fender to fix crash damage (the paint was a different color on the inside when the owner opened the hood to show me the engine). Much of the trim still had blue painter's tape covering it as evidence of a quickie spray job, and the owner told me that almost all of his cars had recently been attacked by some hooligan breaking windshields. (Note the Mercedes W123 behind it.) The Chrysler had been fortunate to escape further damage. The car also employed an anti-theft device - a purposely deflated right front tire when not in use. 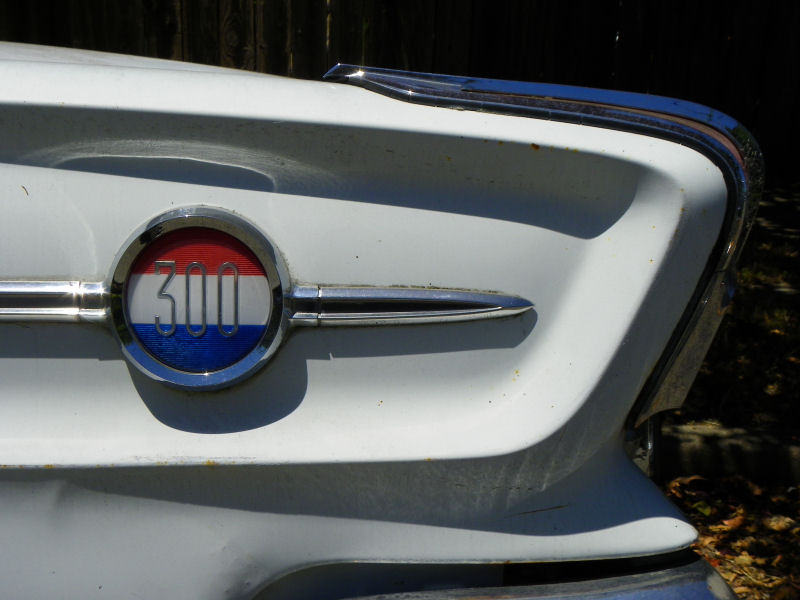 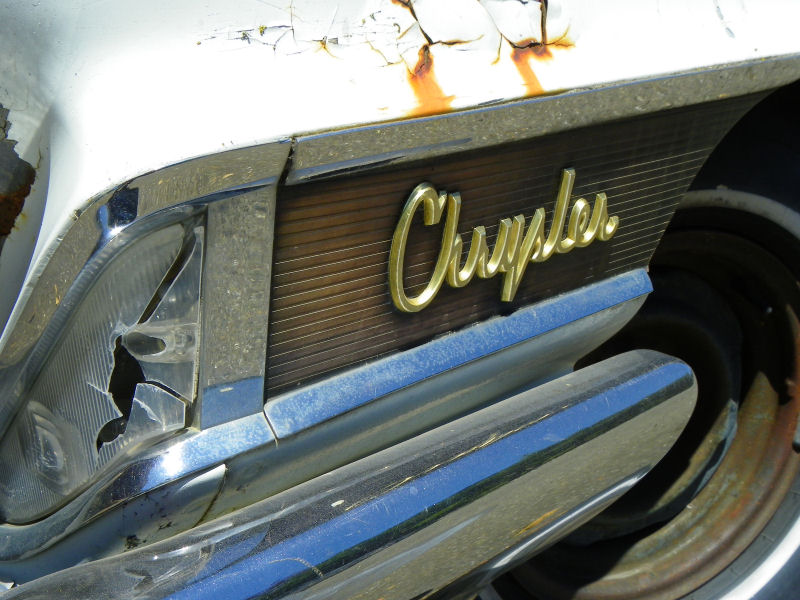 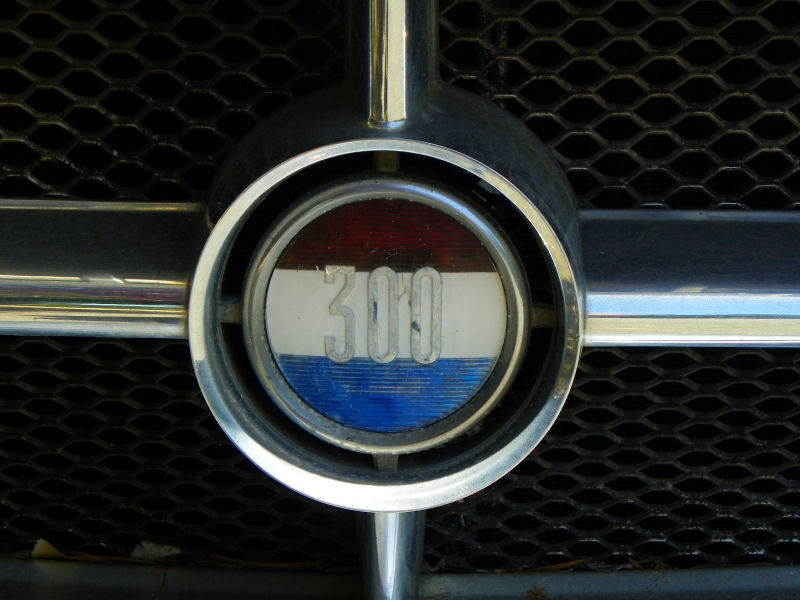 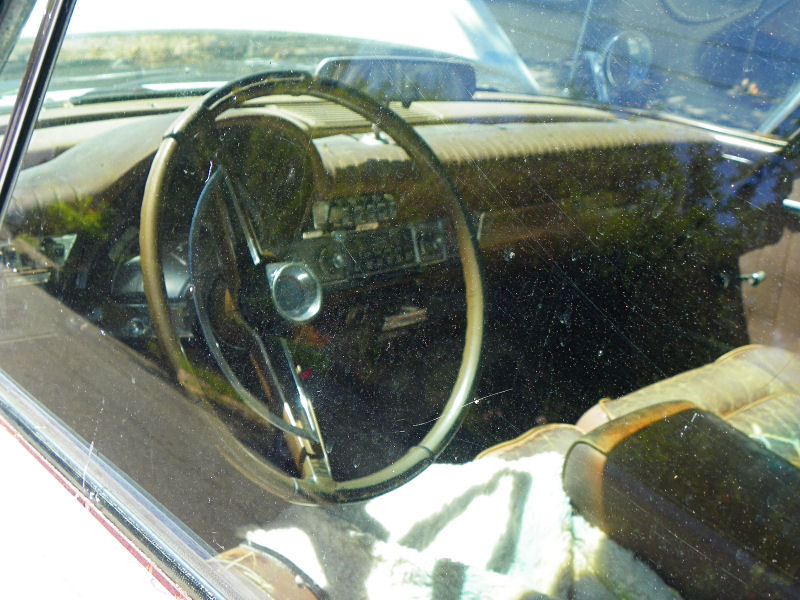 The interior was in surprisingly good shape aside from worn and torn leather seats. I think this car has the push-button automatic transmission. The body was still a bit beat-up and rusty, but I'm hopeful that whoever ultimately purchased the car saved it. I hate seeing complete and running vehicles parted out.

Note to readers: This car was photographed in July 2013. Please don't ask if it's still for sale; I don't know but the answer is probably not.
Posted by Jay Wollenweber at 12:00 AM