I'm not sure what the odds are of finding a Yugo and a '54 Ford on the same block, but interesting coincidences do happen. This 1954 Ford Mainline Fordor sedan has beaten the odds and endured city life. 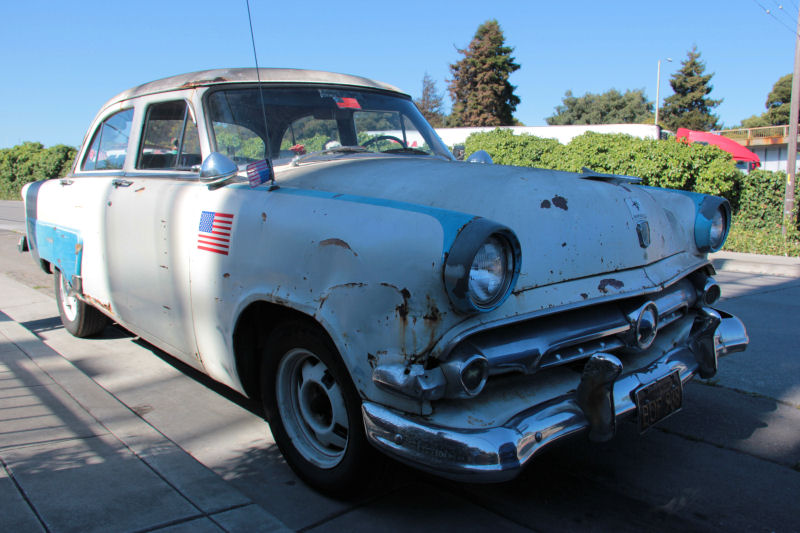 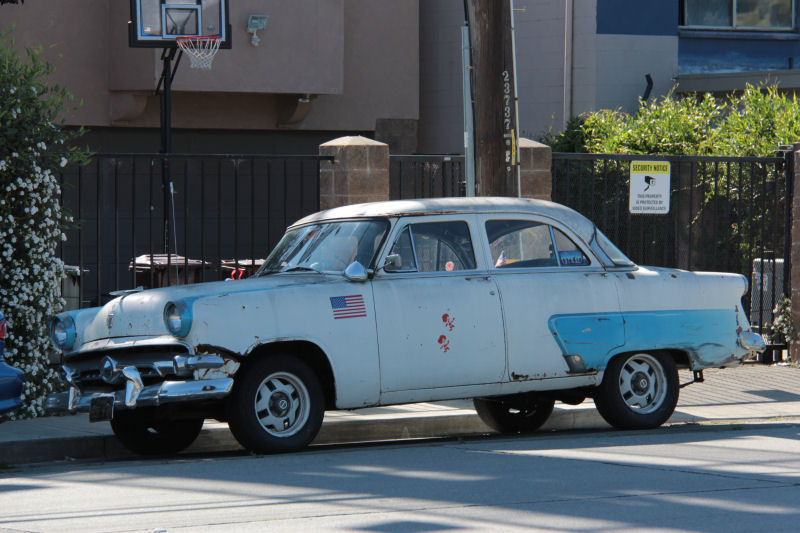 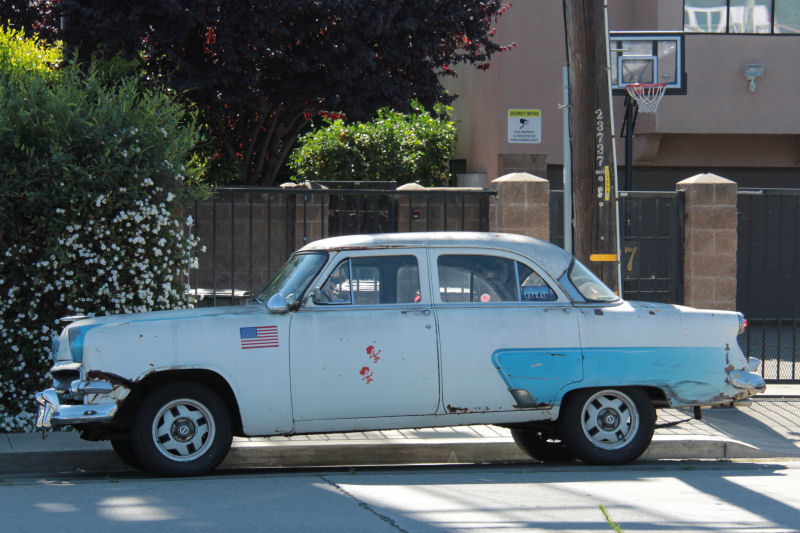 Ford built 1,166,542 passenger cars in 1954. That's a lot by anyone's count. So why don't these cars turn up anymore? I've previously featured a '54 Crestline Victoria coupe, which is near the top of the model range and would be one of the more desirable cars to save. A lot of the base-spec Mainlines went to scrap or became parts donors decades ago. I've only seen three Mainlines in recent memory: a '53 Mainline Business Coupe, '53 Mainline Tudor Sedan, and this '54 Fordor Sedan. The base Fordor is actually less common from the factory than the Crestline Victoria hardtop, not necessarily "rare" to begin with at 55,371 built. Factoring for attrition the Mainline sedan could well be very rare today. 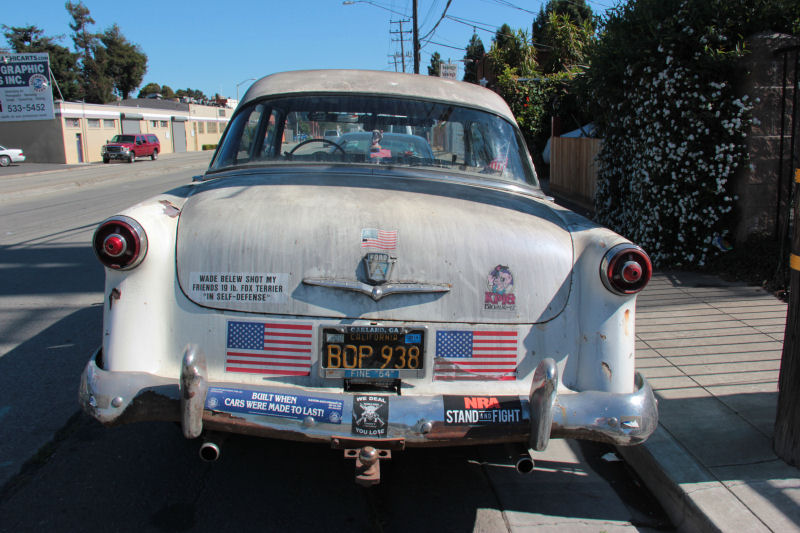 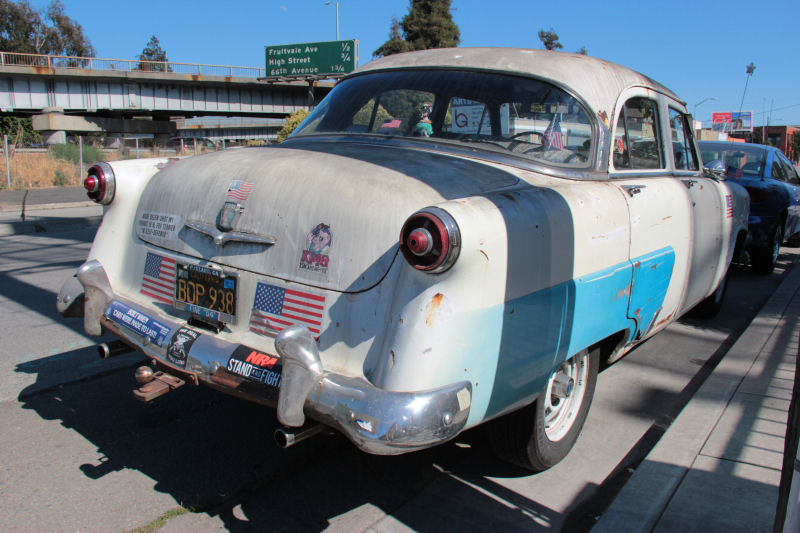 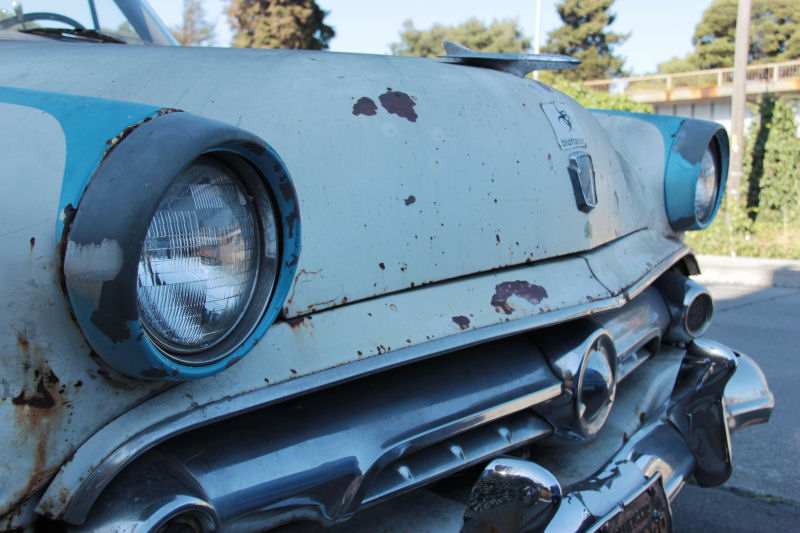 This car doesn't have a V8 badge on it anywhere, leading me to believe it's a six-cylinder model. I could be wrong though, going by the dual exhaust pipes. I'm not in the habit of peering through the windows of most of the cars I photograph, particularly not in front of houses with security cameras, so I can't tell you if it was a stick-shift or Fordomatic. The lack of any script badging is curious, as these cars normally have a Mainline badge on the front fenders. Perhaps the badges were removed and the mounting holes filled years ago. The hood ornament is an interesting piece, a delta wing shape that was no doubt inspired by early fighter jets. Higher-end Fords were available with a sharp stylized bird ornament with a jutting vertical wing that would be lethal to pedestrians or anyone with the misfortune to bend down and poke an eye out. The wheels on this car are a good thirty years newer and come from a 1983-87 Ford Ranger pickup. 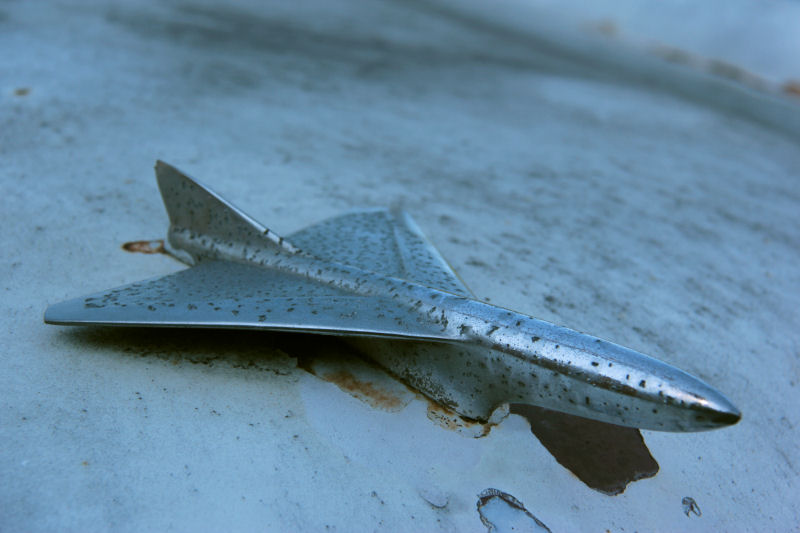 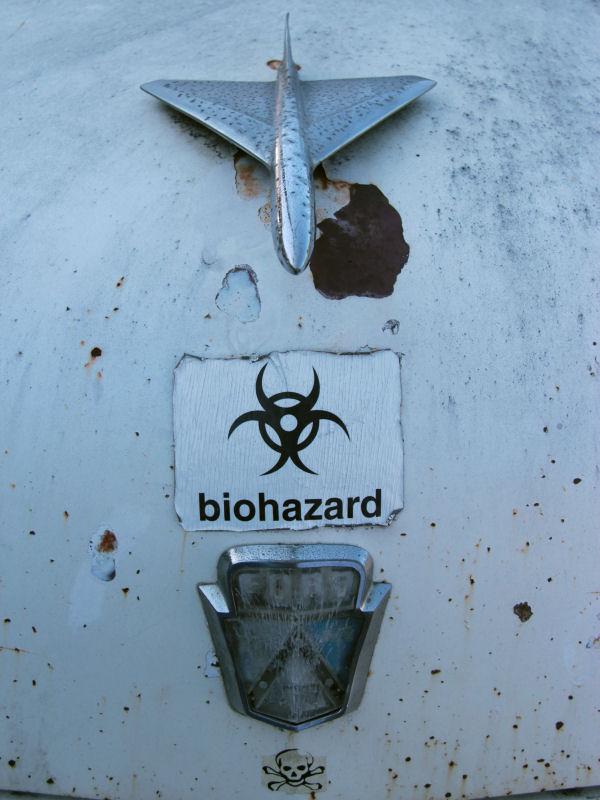 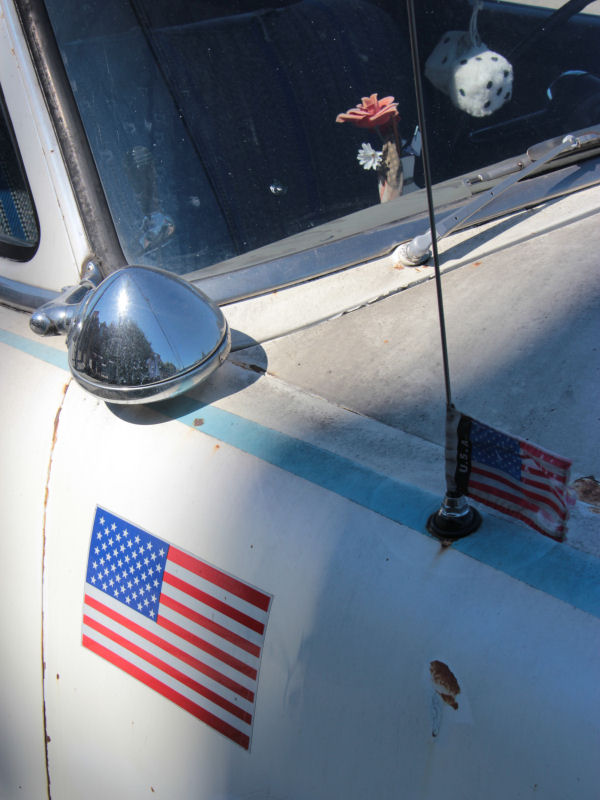 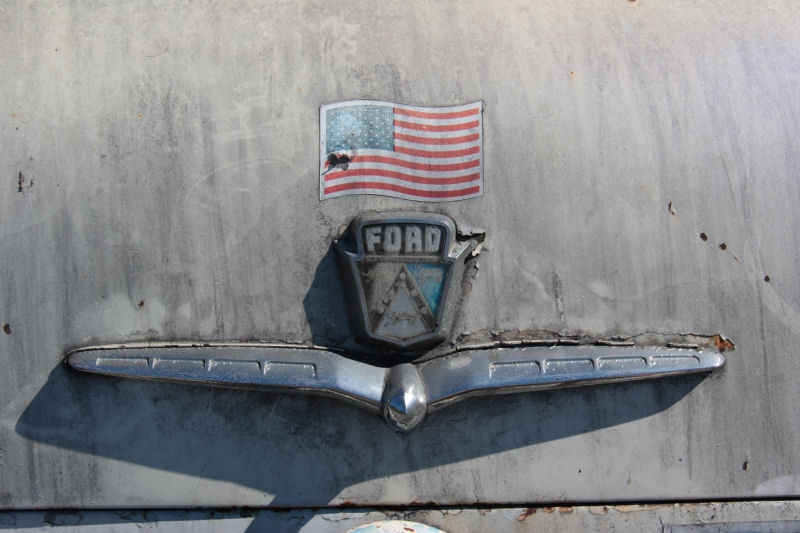 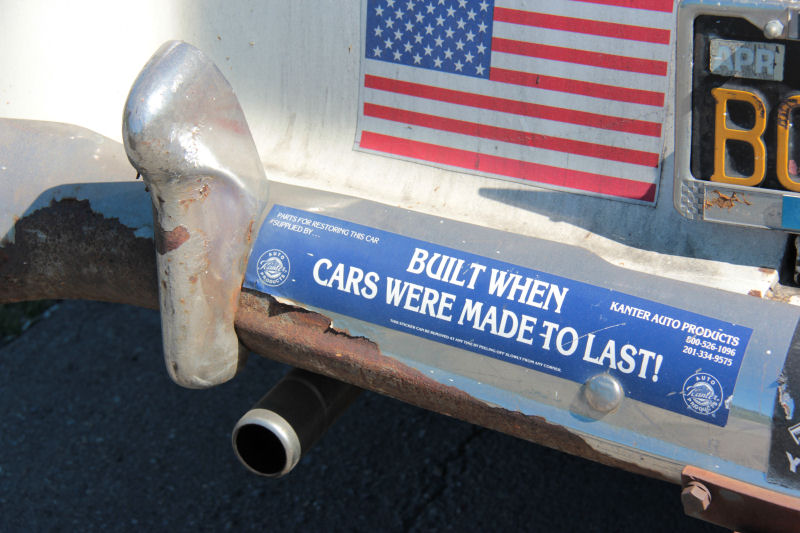 Condition is rough overall and in need of attention to straighten out the body, but the owner may want to keep the tough urban survivor look. It at least needed a good scrub at the time I found it. There's sort of a generally patriotic theme going on, but the Biohazard sticker on the front end and the stencils on the driver door of Thing 1 and Thing 2 from Dr. Seuss's The Cat In the Hat seem incongruous. I think it would be cool if cleaned up and straightened out with the same white and light blue resprayed. On the other hand, parts must be difficult to come by and the patina makes it very unique.
Posted by Jay Wollenweber at 12:00 AM