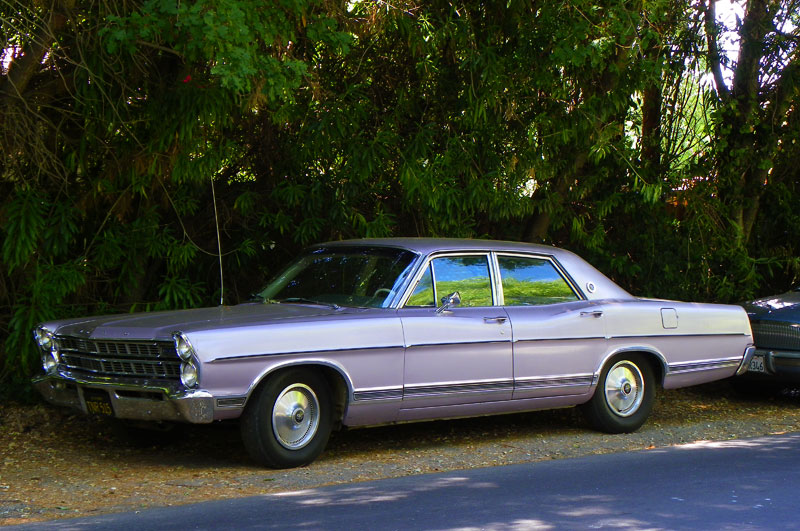 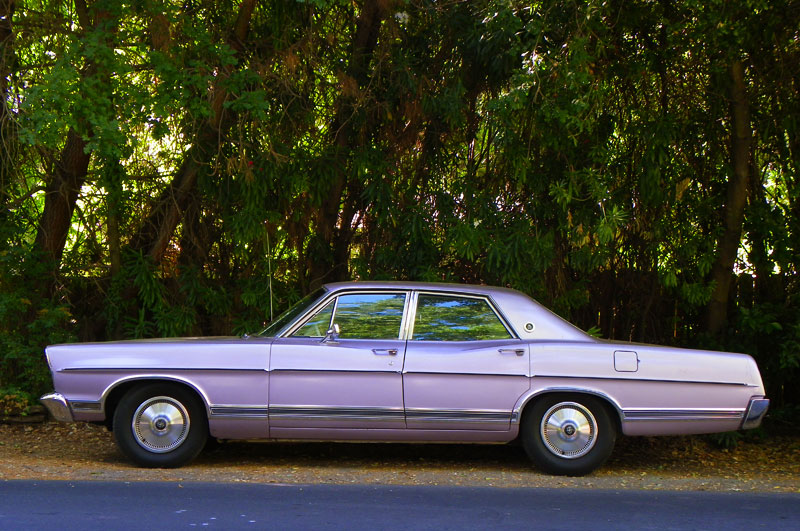 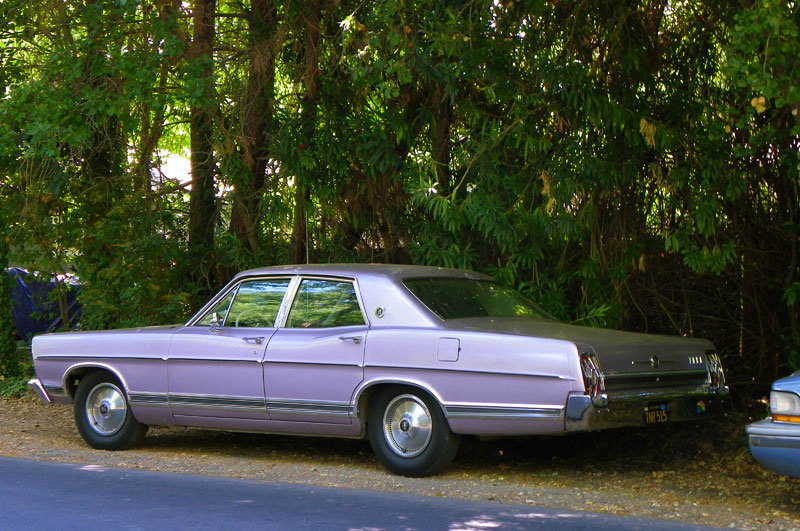 This 1967 Ford LTD sedan has an interesting story to tell. The young lady who owns it came outside while I was clicking away, and we began talking. She came to own the LTD when it was time to replace her first car, a $100 1992 Honda Accord with a salvage title, heavy body damage and nearly 300,000 miles. She wanted a newer car that would get good fuel economy. So her father surprised her with this. Thanks, Dad! 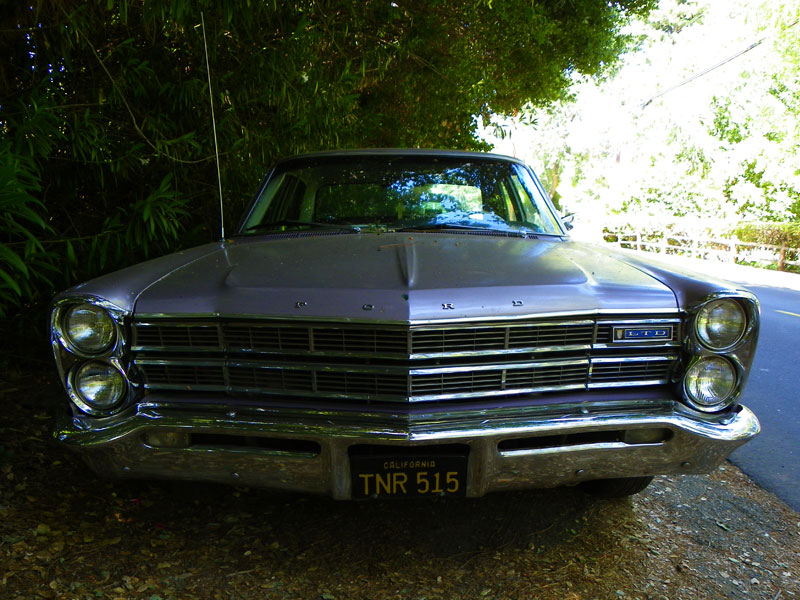 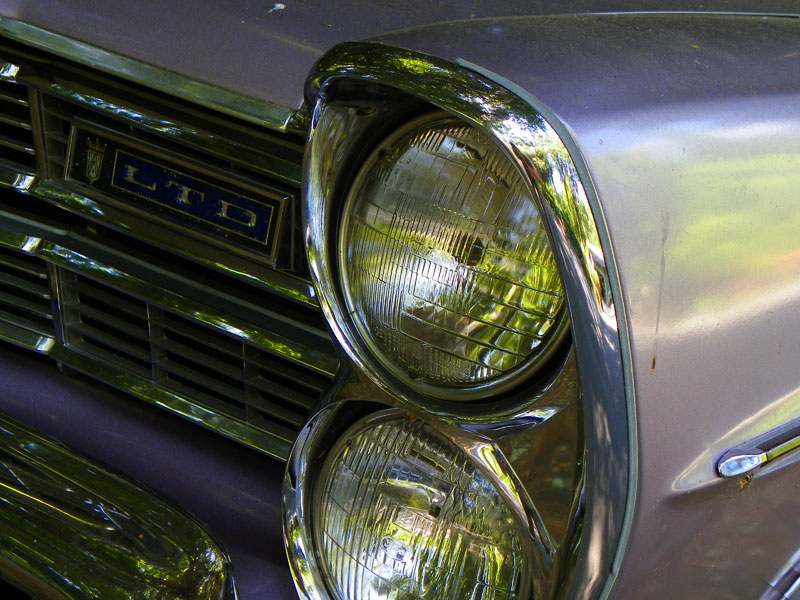 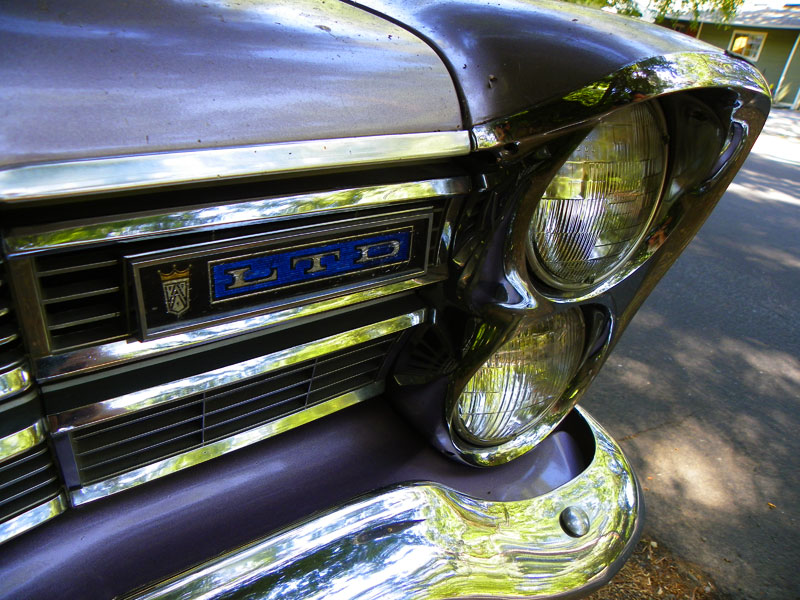 If the color looks unusual to you, that's because it isn't original. It's a 1965 Pontiac color called Iris Mist Iridescent. The original color was Dark Moss Green. The owner has been trying to decide whether to keep the lavender or restore it to factory original. The interior was redone at some point, with reupholstered seats in maroon that look a bit strange paired with the original dark green and white on the dashboard and door panels. Under the hood is a 390 big block V8, hooked up to an automatic transmission. These were considered luxurious cars in their day and came with power windows, power seats, power brakes and air conditioning standard. This was the first year in which the LTD was a model in its own right, rather than a trim level on the Galaxie. 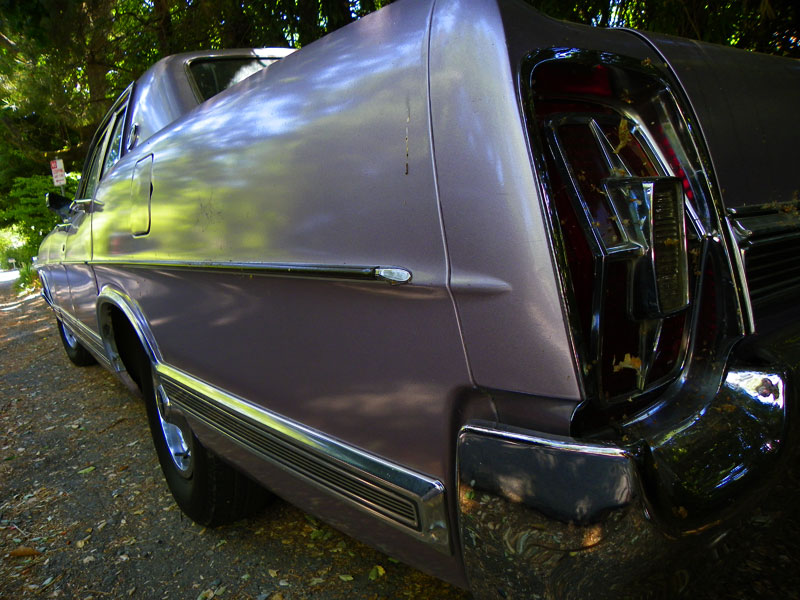 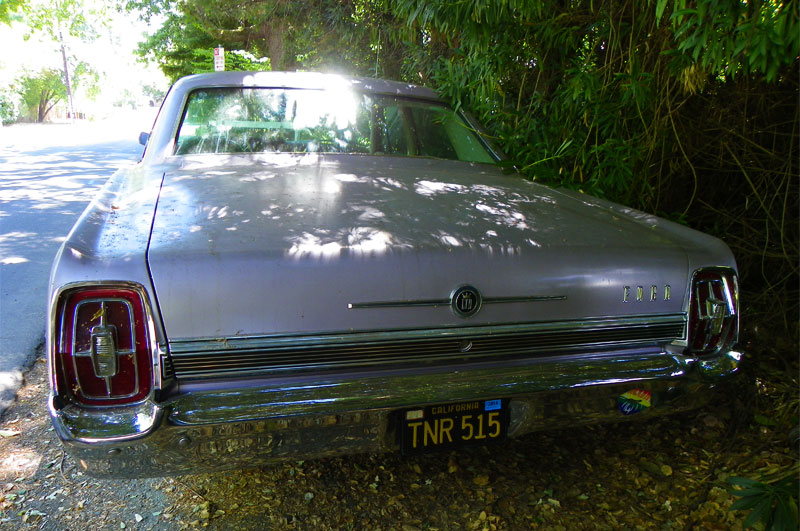 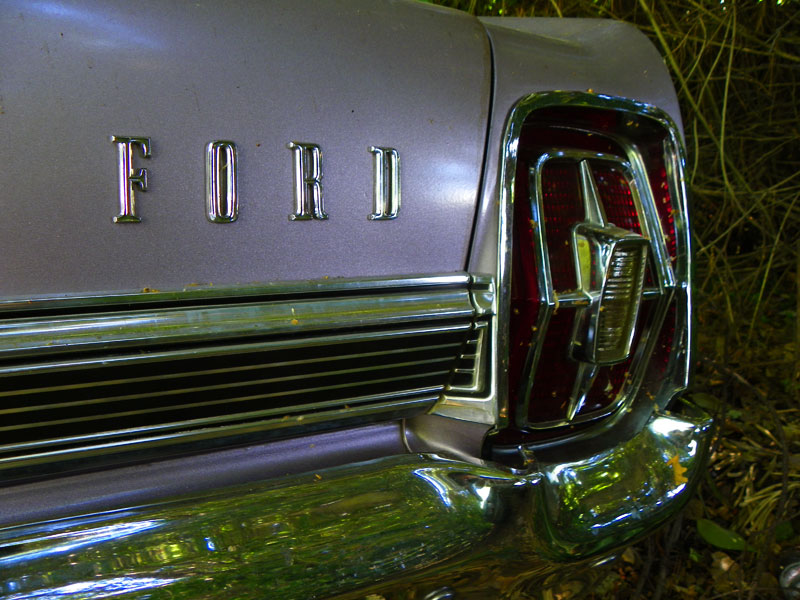 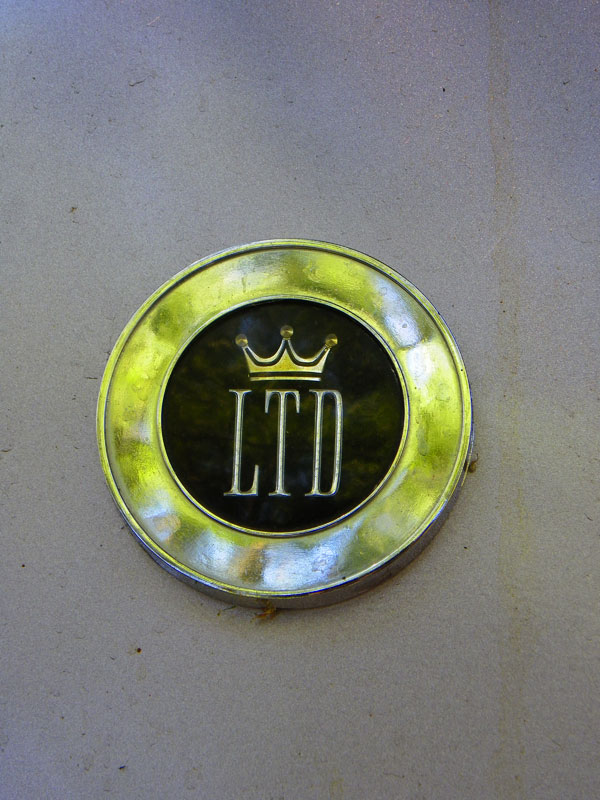 This car amazed me in that for such a large vehicle, it still had a very straight body. This is probably due in part to the rub strips installed down the length of the car. They aren't pretty, but they've done their job. The hubcaps appear to have come from a 1970s Lincoln Continental. The California black plates are original, a historic touch that I always appreciate on old cars. The paintwork shows evidence that it's an inexpensive job, with the original green color visible under the hood and where it was masked off in a couple places in the doorjambs. Still, it would shine up nicely with a good wash and wax. I have no doubt that this color would look pretty nice in full sun. Iris Mist is a great color for large 1960s cruisers and my photos in the shade don't really do it justice.
My thanks to the owner for her story and willingness to show me the ins and outs of her car.
Posted by Jay Wollenweber at 12:00 AM