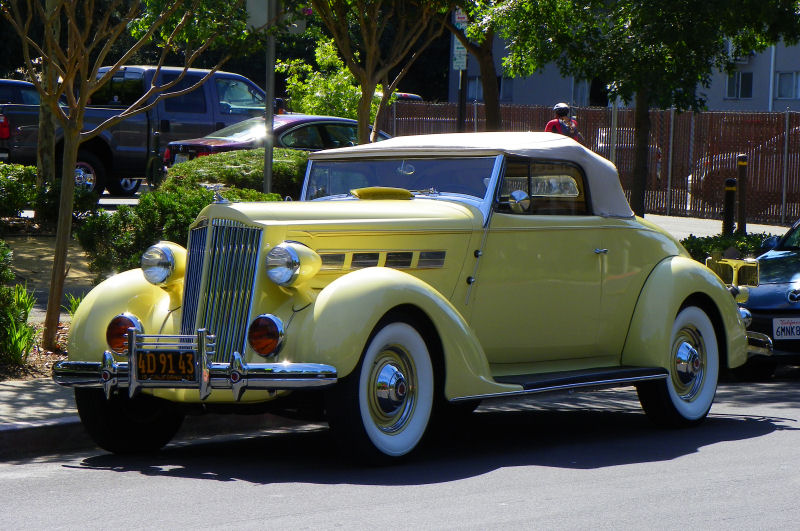 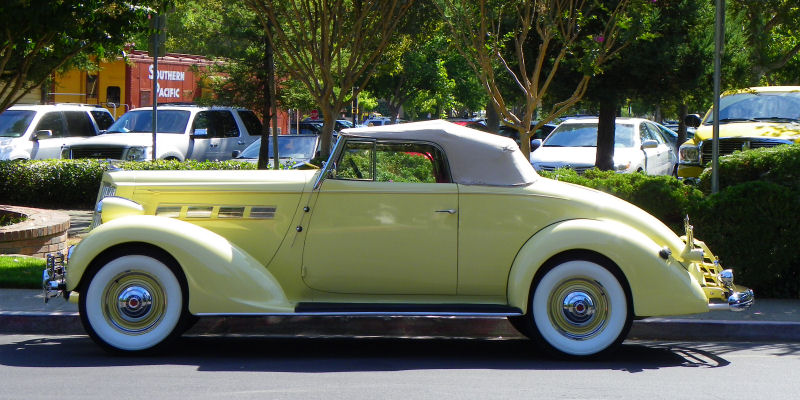 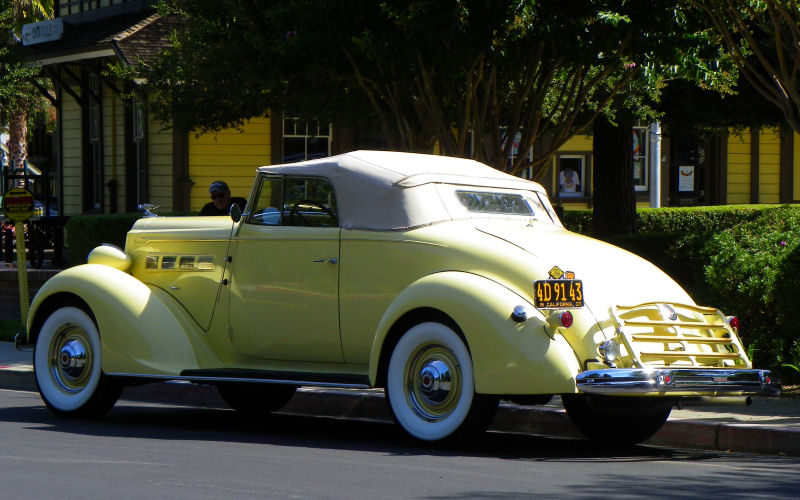 The One-Twenty was a sort of entry-level Packard during the 1930s, a smaller and cheaper luxury car that was aimed at people who wanted a Packard but couldn't afford the big expensive models. It worked for a while and Packard gained market share, but it watered down their image as a builder of exclusive luxury cars. It's funny how that works, given that today virtually every luxury brand does this. In Packard's case, though, it meant selling at least twice as many One-Twenties as all other models combined. A six-cylinder model with a shorter wheelbase, the 115, was also available. 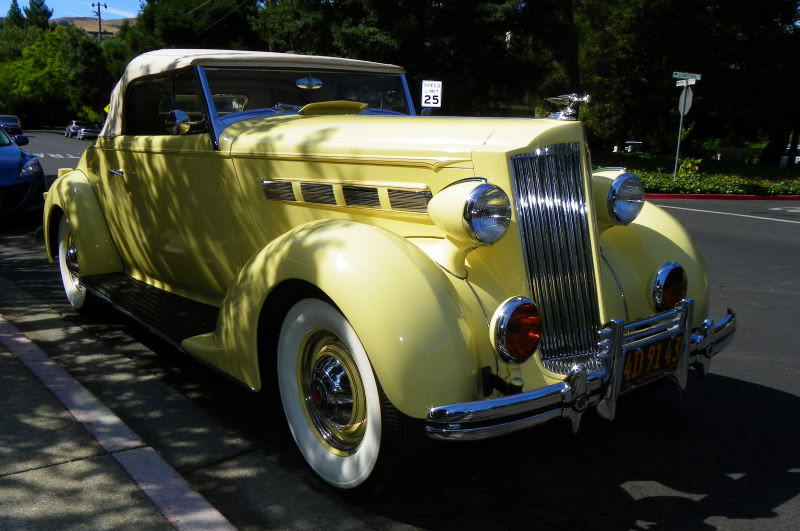 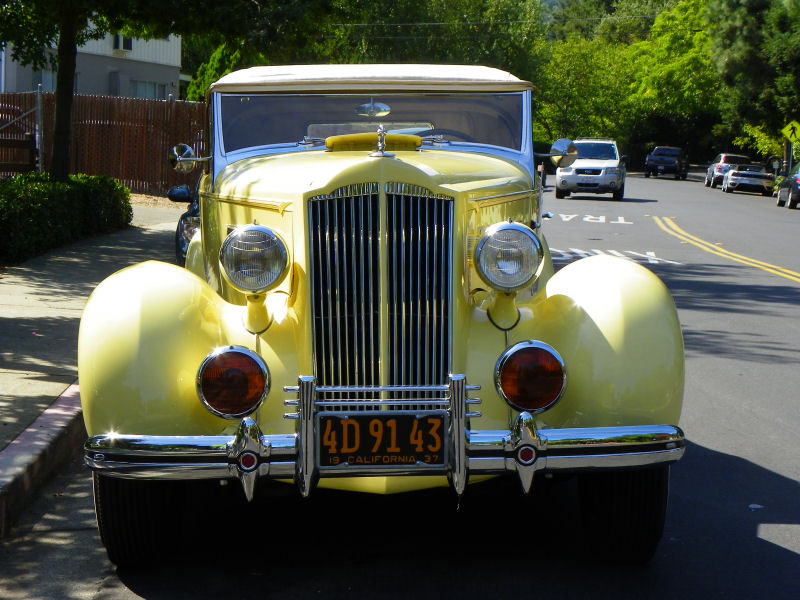 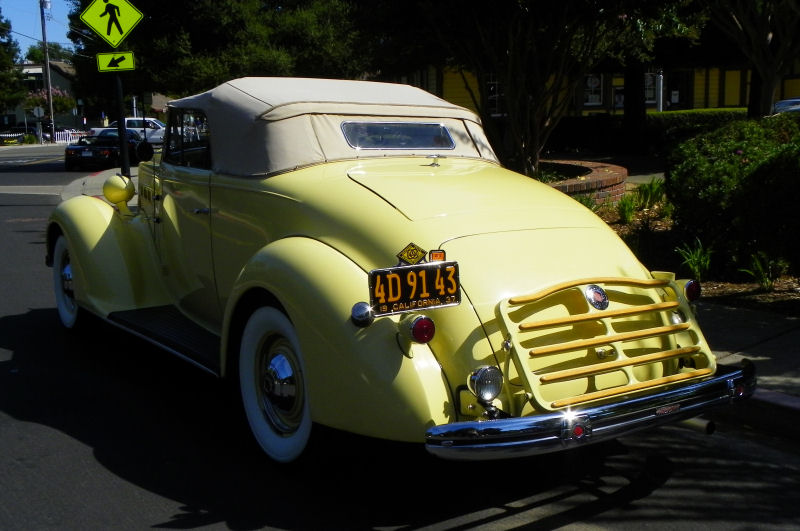 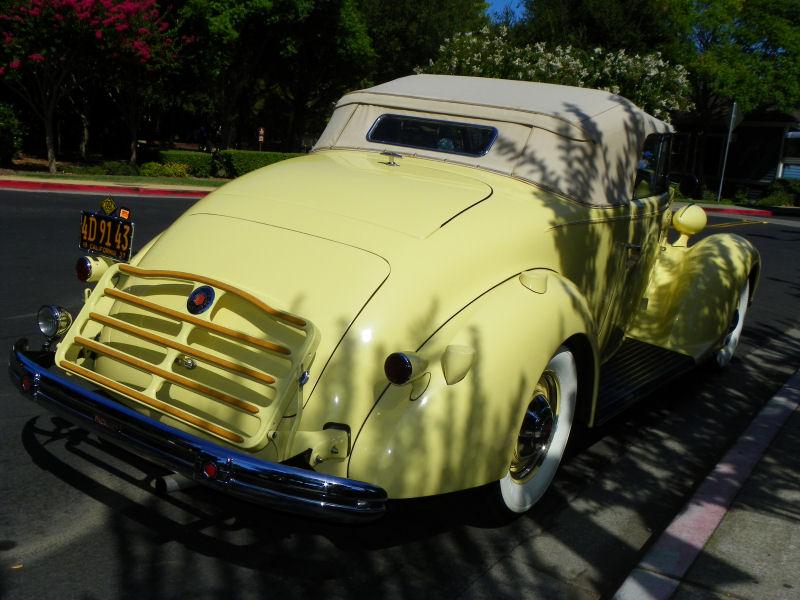 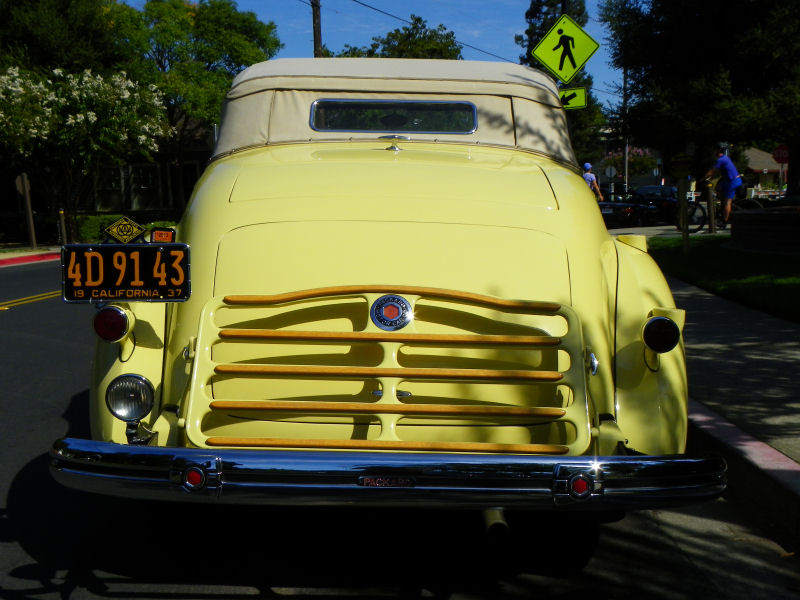 This example isn't fully loaded as far as I can tell. These cars had a number of options available like side-mount spare tires, fender skirts, spotlight and fender lights - and such exotic accessories as a clock, cigar lighter and radio. This one has a rumble seat for the mother-in-law and a trunk, with an additional fold-out luggage rack, deluxe body color steel wheels with chrome hubcaps and trim rings, and a pair of big amber lights that may or may not be fog lights. Fog lamps were a factory option that cost $13.90 installed (though these lamps appear to be larger than stock). Convertibles also offered side mirrors for $5.00, a feature this car has. 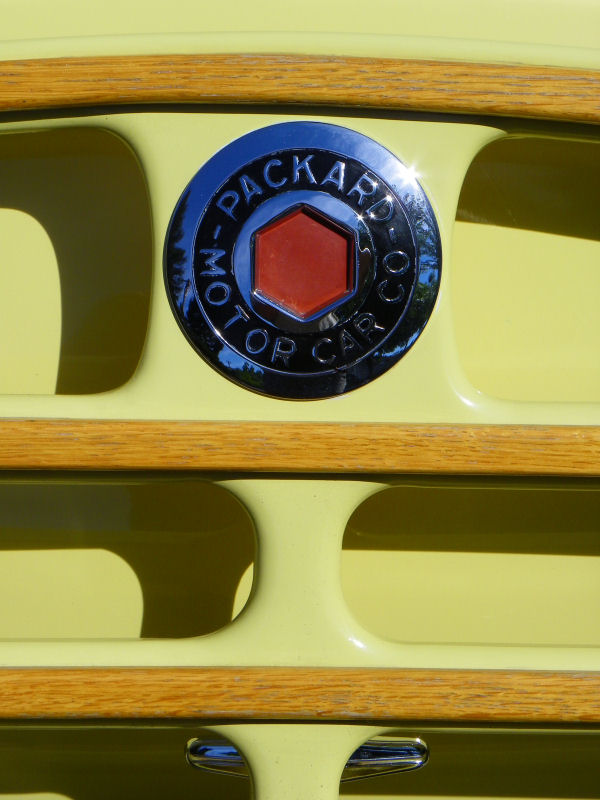 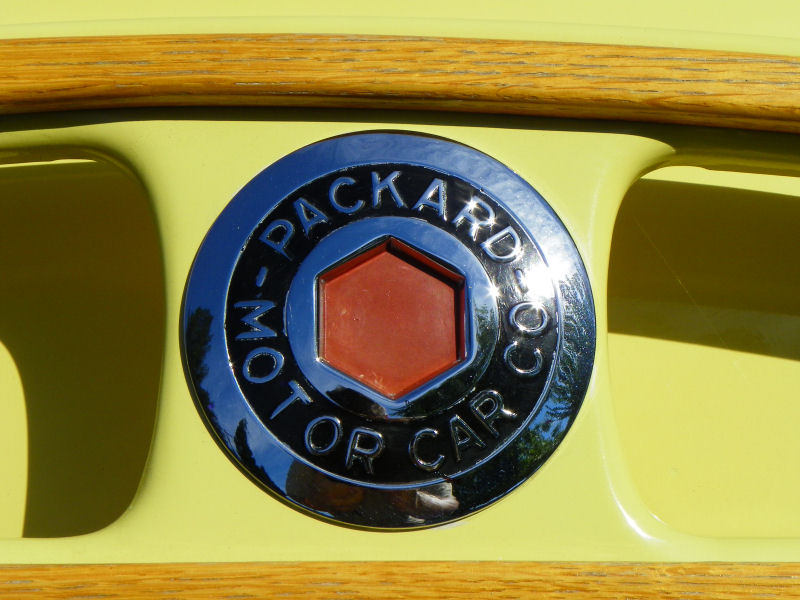 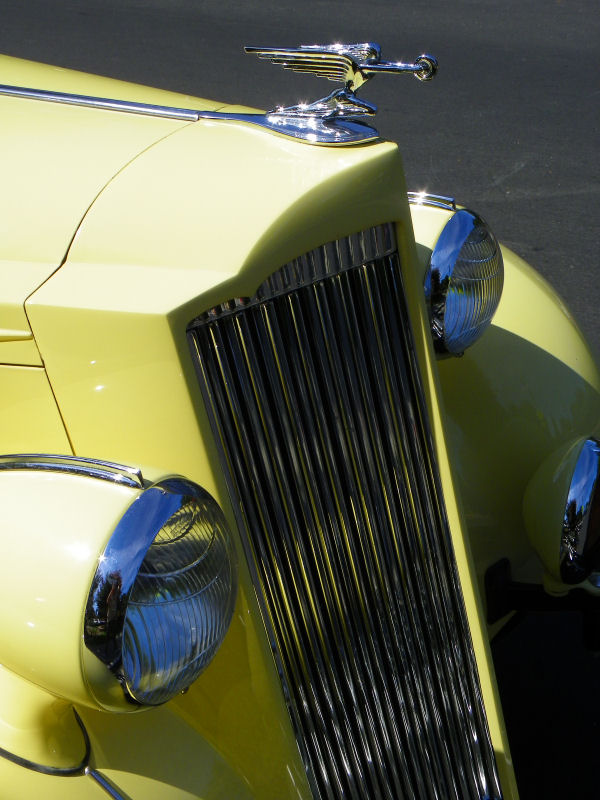 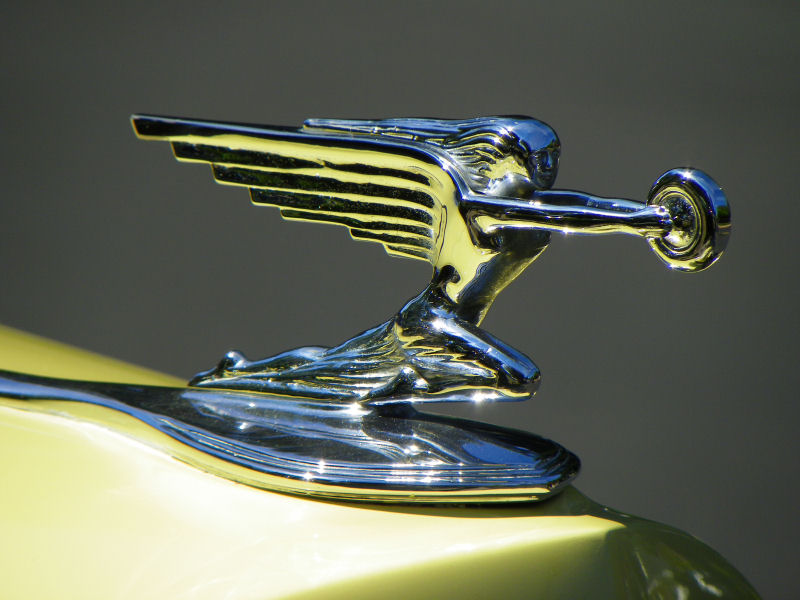 It's pretty clear this car's benefited from a restoration, and a fine quality one at that. I quite like the cheerful yellow color, which doesn't appear to be a stock paint color. The closest I can find is Packard Cream, which is less buttery. I could be mistaken or perhaps my camera settings made the colors too powerful. The pinstriping is dark red, which would be correct for a cream car (Color scheme "T", Packard Cream body with Casino Red striping and Packard Cream wheels). The fat whitewall tires and pale tan convertible top complete the package. It looks like a great car for a Sunday drive with the top down with your spouse or best friend, and at least one occupant needs to wear a long flowing scarf. So pretty.
Posted by Jay Wollenweber at 12:00 AM