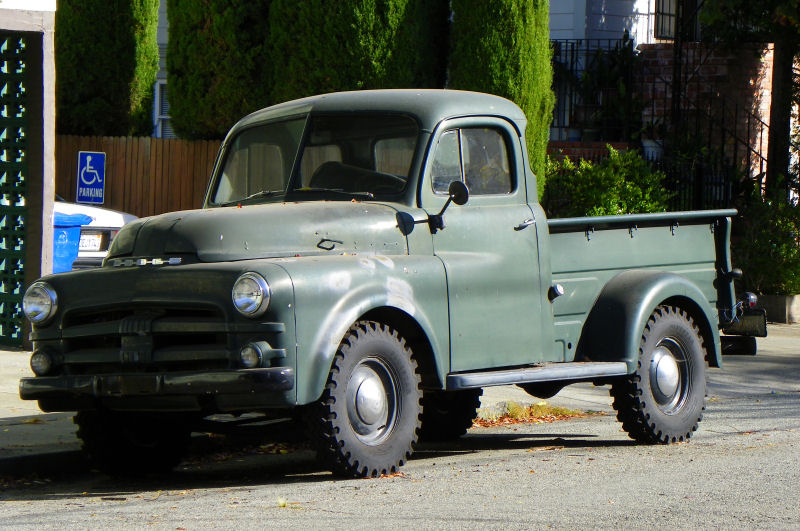 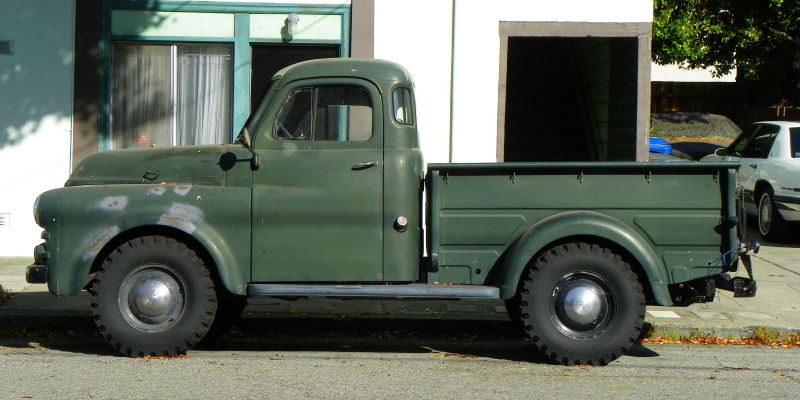 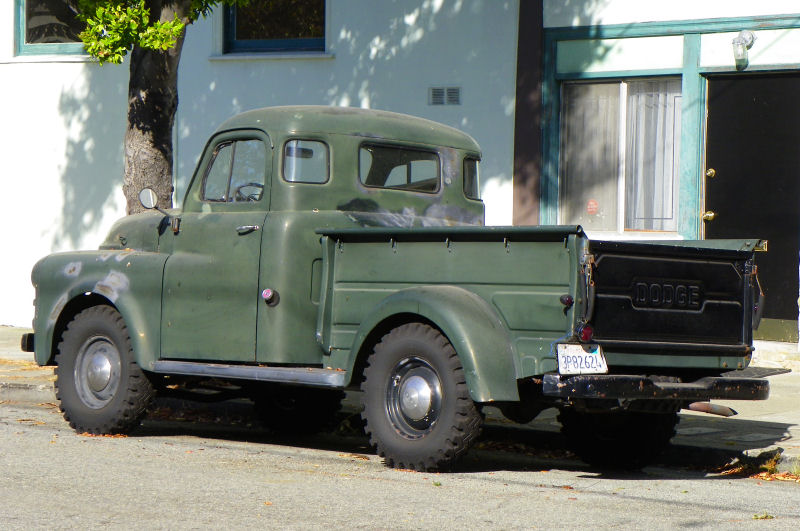 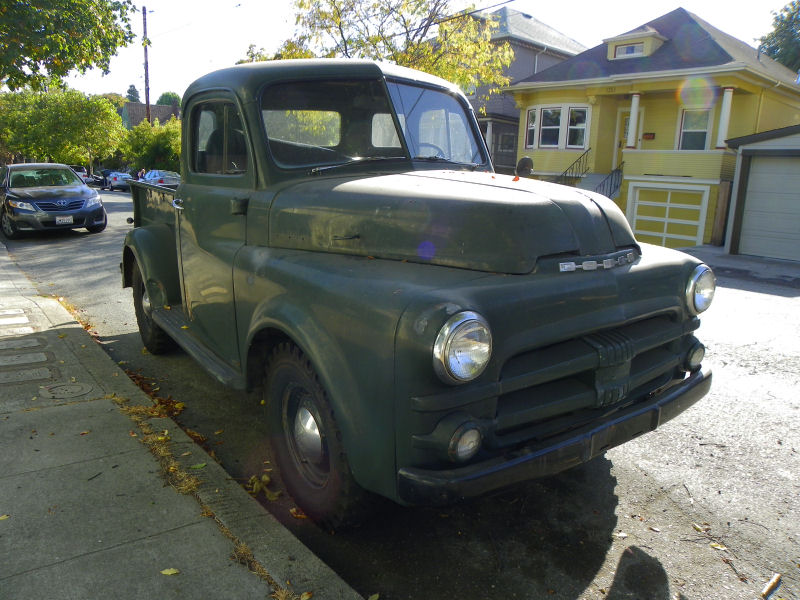 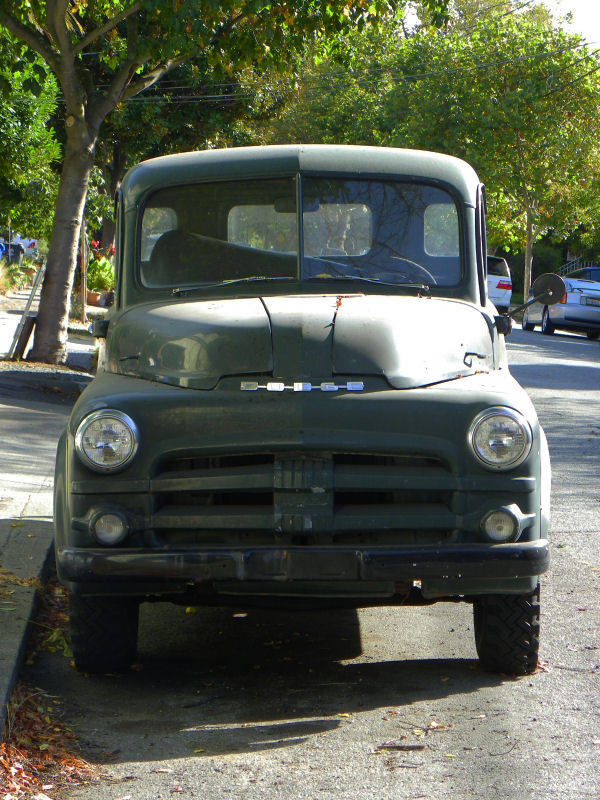 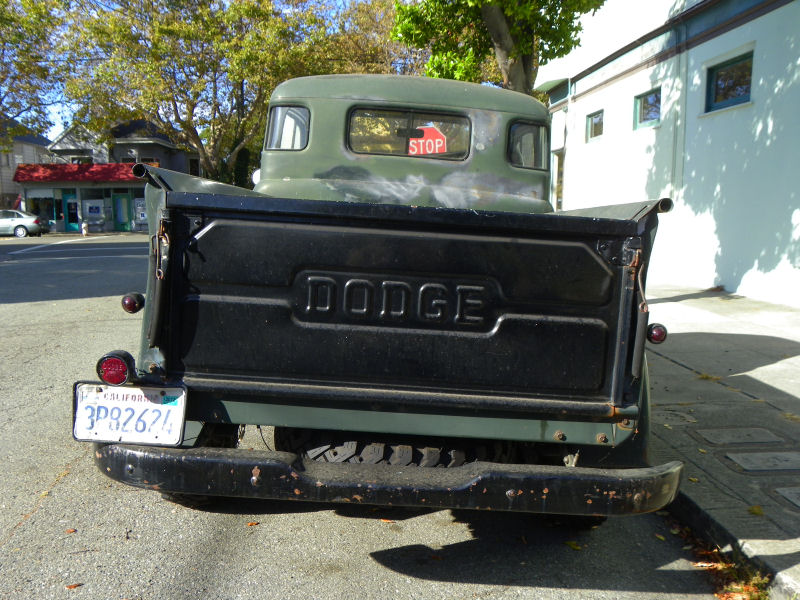 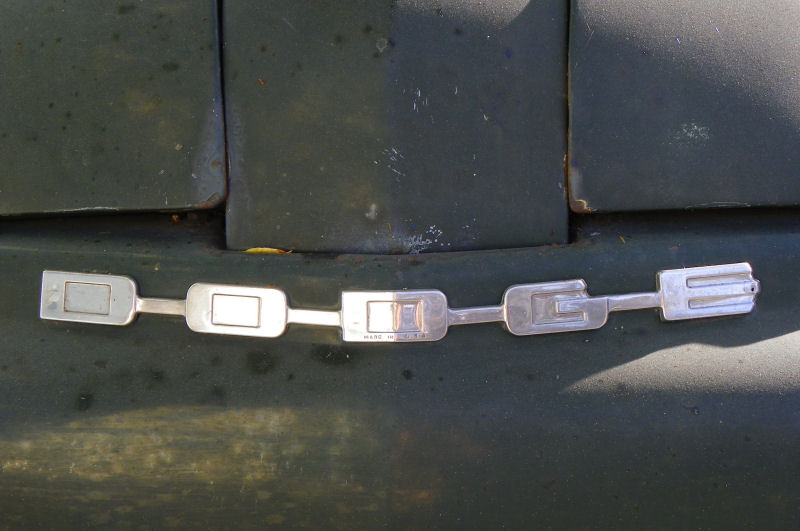 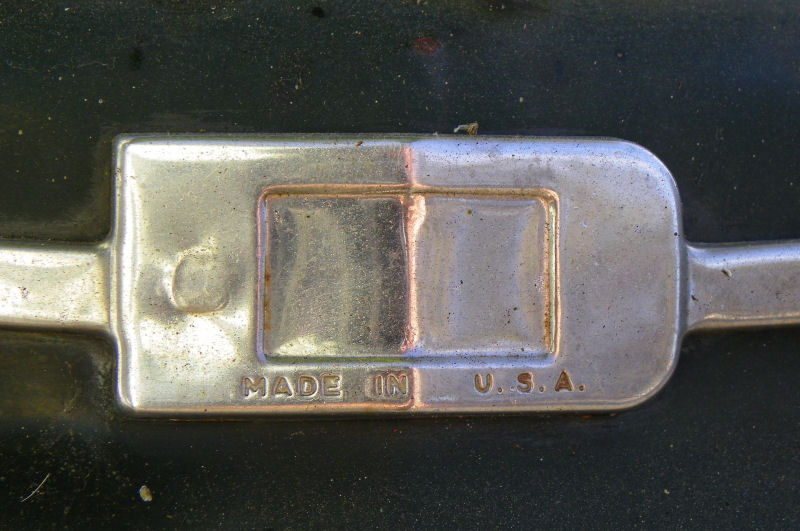 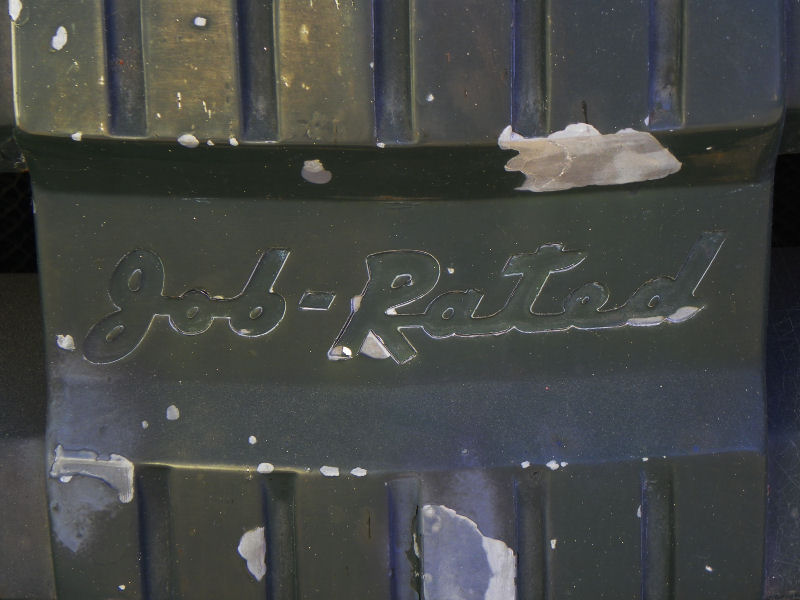 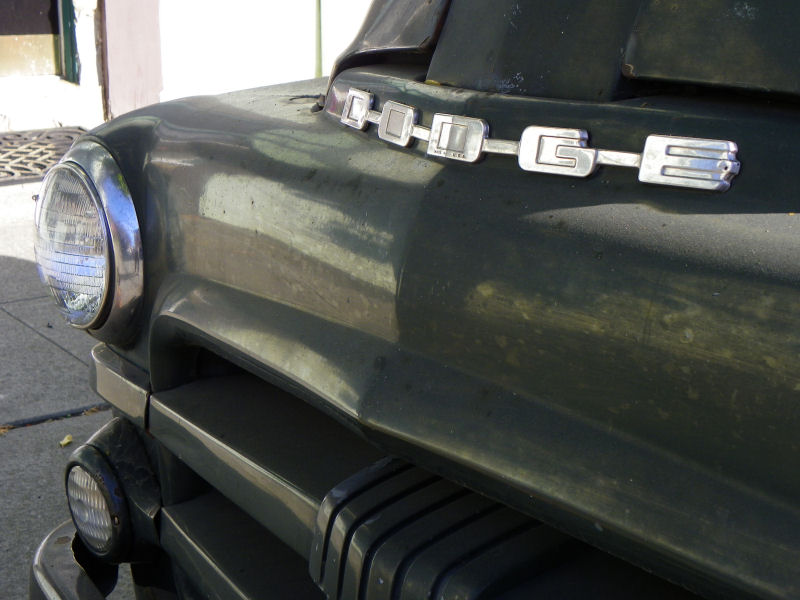 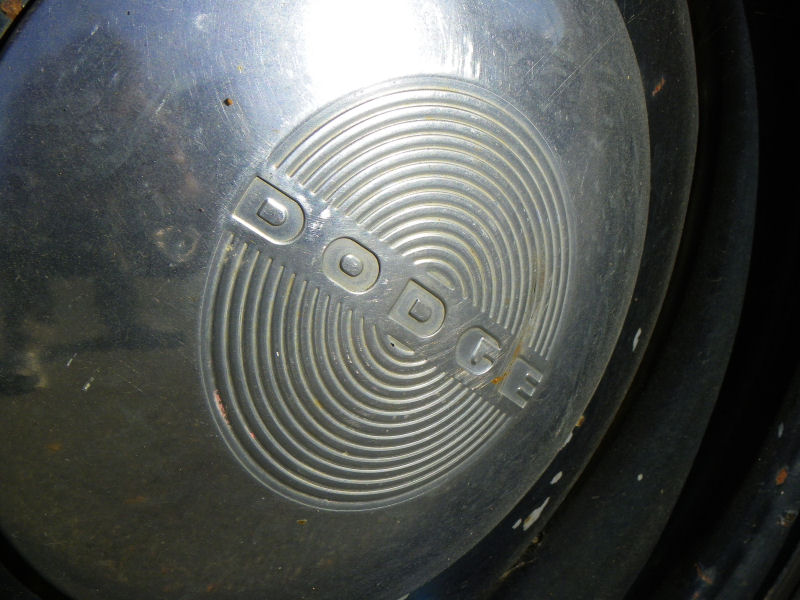 This one appears to be a 1952 B-2, or close to it. Judging by the tough-looking tires it could be a 4x4 model, but the lack of a visible solid front axle makes me wonder if it's just a 2WD truck with beefy rubber. It's a badass hauler in dark green with black steel wheels and minimal brightwork. It reminds me almost of an old Buddy L toy in large scale (complete with paint chips and play wear). The only chrome or stainless pieces on the whole truck are the hubcaps, headlight bezels and D-O-D-G-E badge on the grille. Note the small "Made in USA" stamped into the middle D on the emblem. Cars these days usually have their point of origin listed on the window sticker, broken down into parts content percentages. Made in USA tends to be a decision made by 'foreign' automakers to save money on shipping and to curry favor with Americans by bringing in new jobs. American automakers frequently outsource to Canada, Mexico or any number of other countries for cost cutting and whatnot. It's become a novelty for Chrysler to advertise its cars as "Imported from Detroit" (which is also false in the case of the Canadian-built Chrysler 300 and Town & Country minivan). Sigh.