For a long time now I've had a "Fuselage" bodied Chrysler product on my list of vehicles to look for. I had one in mind: a beautiful copper New Yorker coupe with a black vinyl top that I once saw at a red light in San Francisco. I've never been able to catch it parked, so I will take what I can get. 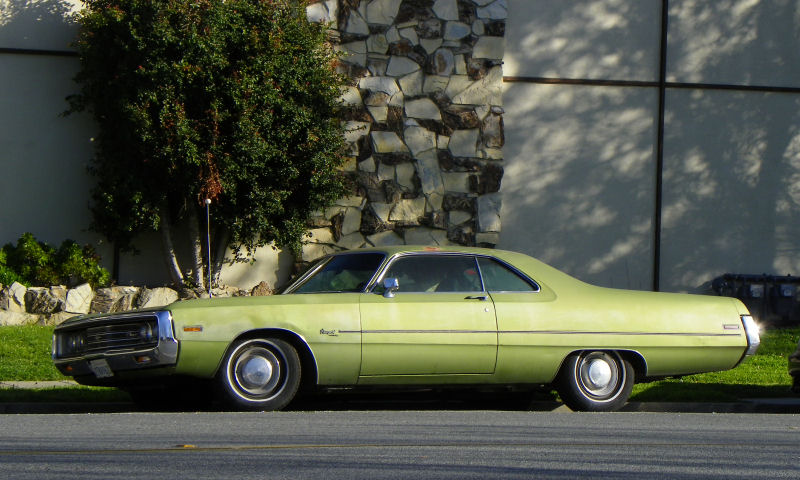 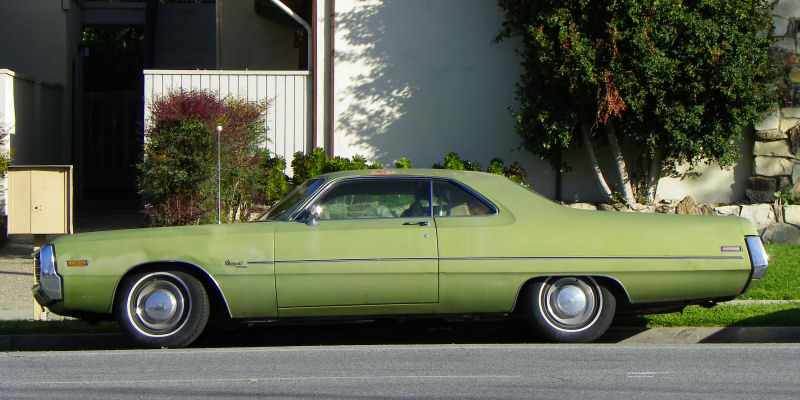 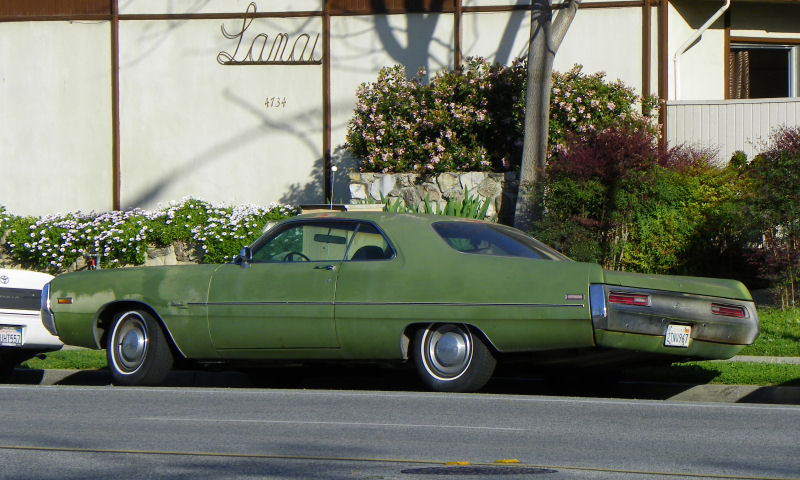 I am hit or miss on these cars; some of them look great while others have certain detail changes between model years that bother me. The Fuselage era began in 1969 and would continue into 1973, shared across the fullsize Plymouth, Dodge, Chrysler and Imperial lineups. They were for the most part cleanly styled, slab-sided cars that were unapologetically massive. On the sedans, this made for a graceful presence. On wagons, it gave them lots of interior space. On the coupes, it lent them an air of "I'm successful enough to afford a car THIS big". Ads of the era trumpeted how affordable owning a Chrysler now was, and the Royal trim in the Newport line was Chrysler's new entry level big car. Mind you, the Chrysler brand only made big cars at that time. The base Royal was only offered for two years and was dropped after 1972. 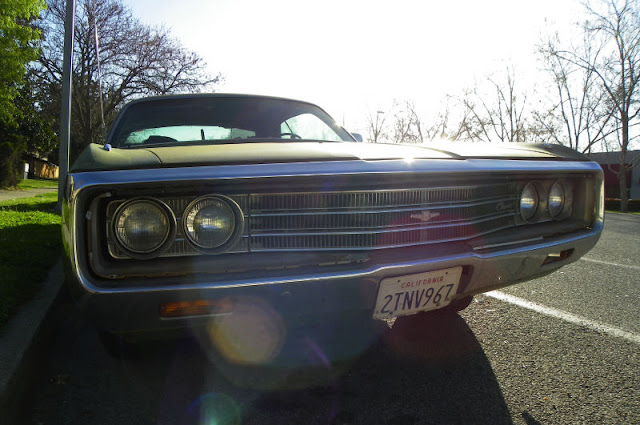 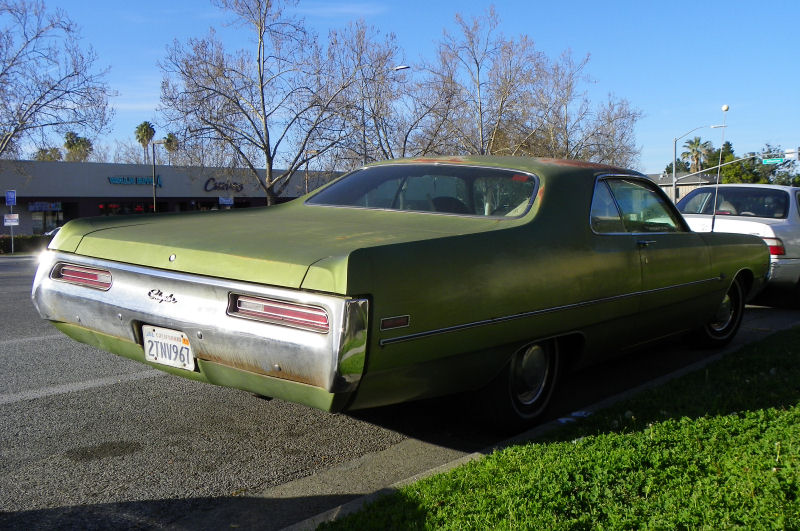 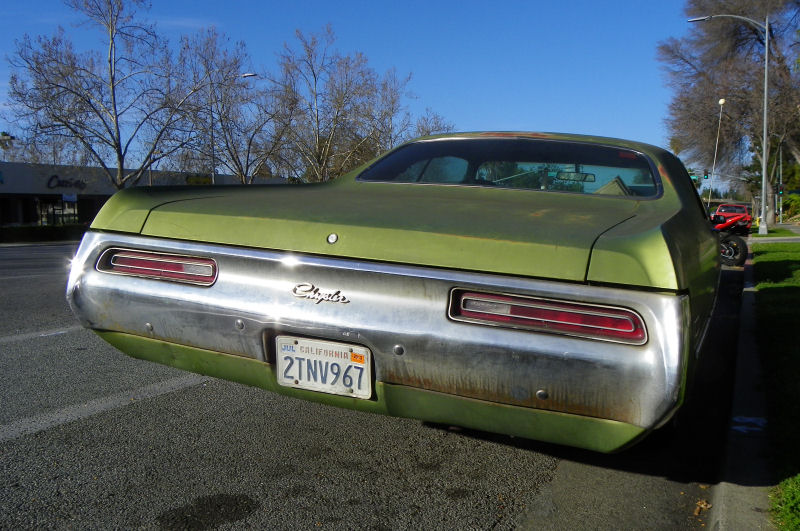 This 1971 Newport Royal coupe is a very solid example. Most of what's supposed to be there is present, with the exception of some grille trim, the driver side front indicator lens and part of a rub strip. The original Amber Sherwood Metallic (or April Green) paint is finally losing its battle with the elements after 42 years, and the rear bumper and grille surround are beginning to rust. I didn't look inside to see the condition of the interior. 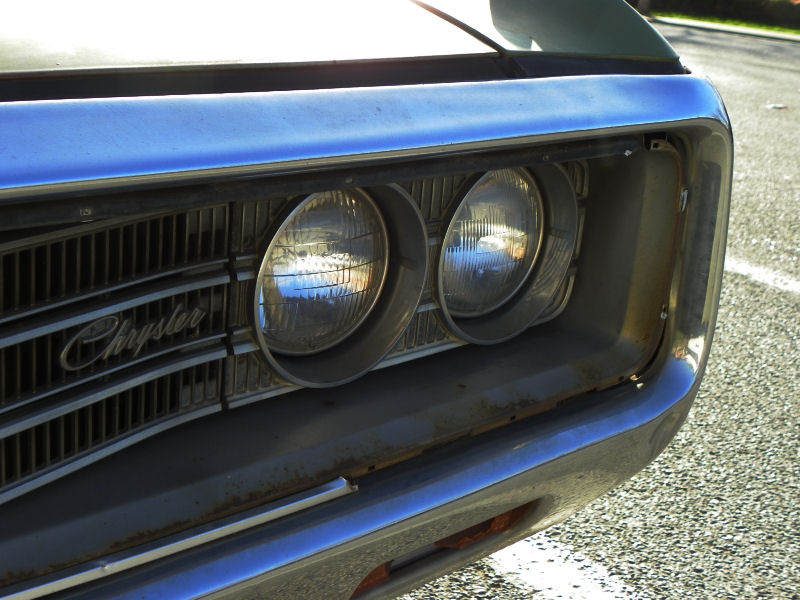 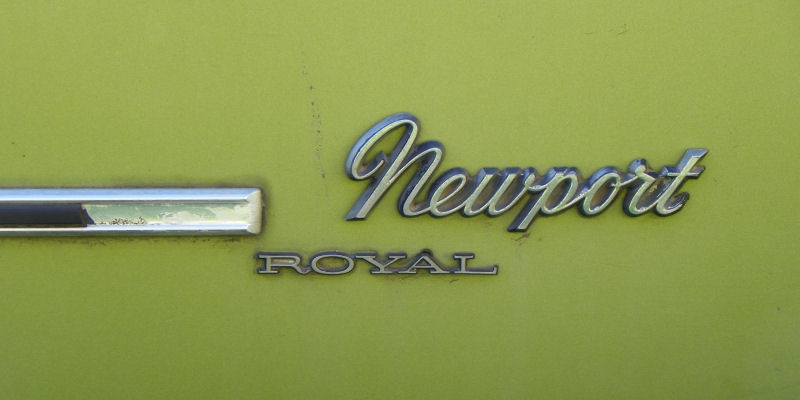 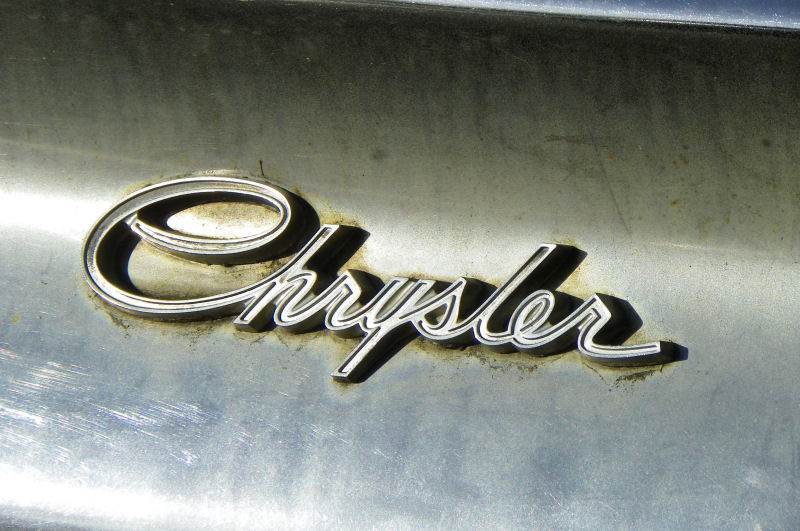 I have to say I kind of like this car. The full wheel covers and thin whitewall tires are just the right look for a car like this, and the color is so early-'70s it can't go wrong. I love big old American iron painted pea-green or gold or some other unique color that doesn't look right on anything outside of its decade of origin (it explains my love of metallic champagne paint on 1960s Fords but I hate it on virtually everything modern).
This Newport looks like it would clean up nicely without a lot of work. The question is (with apologies to the B-52's), when you hop in your Chrysler that's as big as a whale headed for the Love Shack, will it in fact seat about twenty?
Posted by Jay Wollenweber at 12:00 AM