At this point I've featured a lot of classic Minis, and they pretty much all seem to live in San Francisco. What's easy to forget about these little cars is that while they look old, and the basic body dates back to 1959, these cars were built for over 40 years. The last "classic" Minis were rolling off the line when BMW was gearing up to build their all-new MINI Cooper for the 2001 model year. 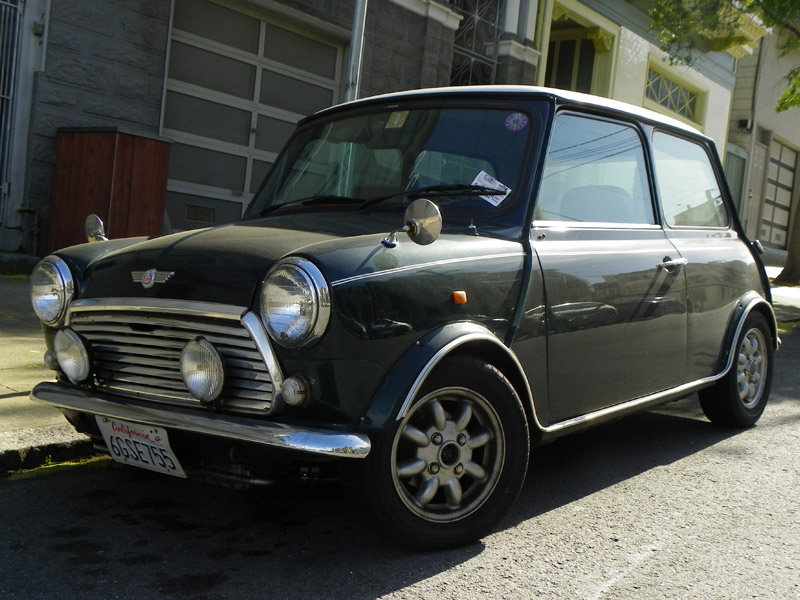 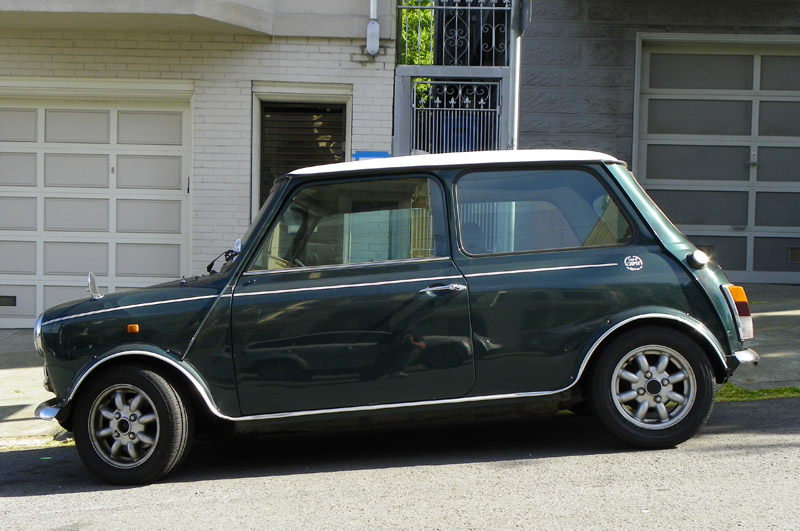 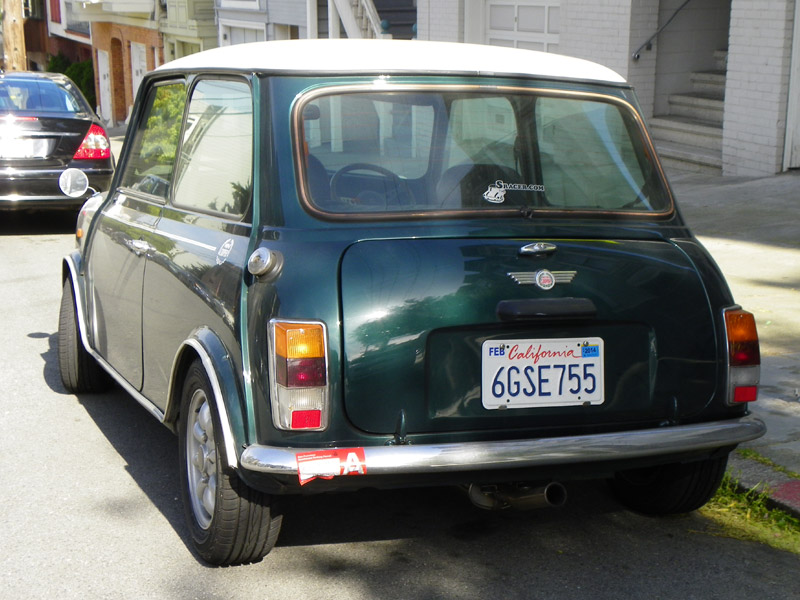 The most collectible old Minis are of course the Coopers, but there's much more to it than just the name. The Mini came in seemingly dozens of flavors, from wheezy base-model city runabouts to cheeky fashion-themed trim packages. In later years, the classic Mini was popular in Japan. It can still be found in large numbers on the used-car market there, popular both as an import and an export to other countries. The Mini modernized as little as it could over the years, but by the 1990s it was becoming hopelessly obsolete. In order to meet updated crash standards and consumer expectations, new technology and features were offered such as a driver airbag, air conditioning and fuel injection. The latter appeared in 1991 as the 1.3i. 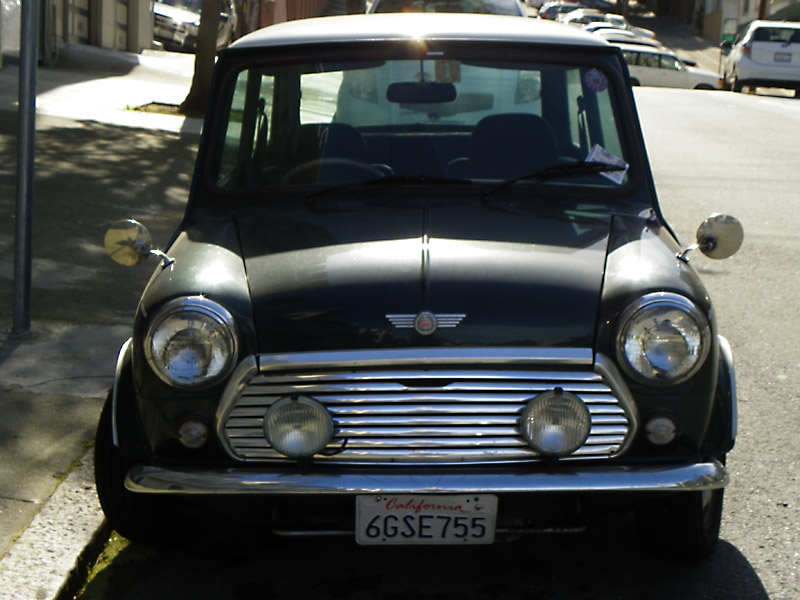 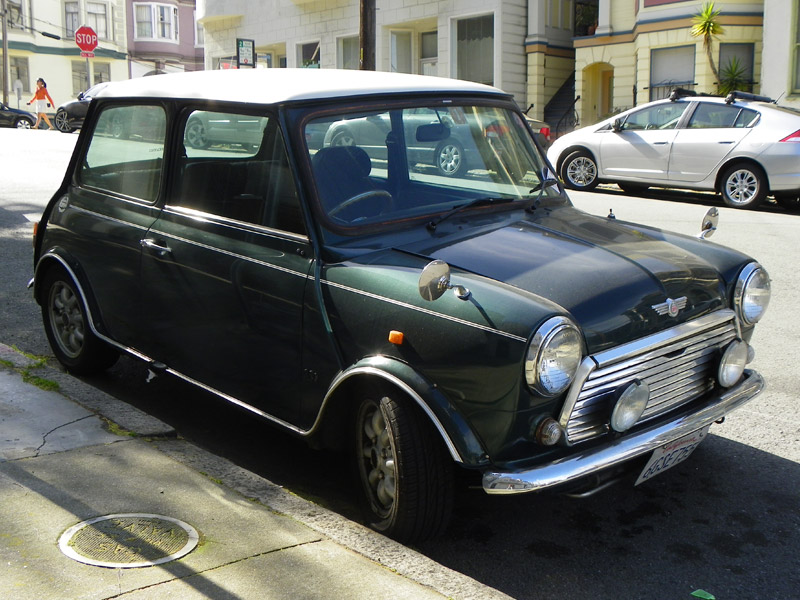 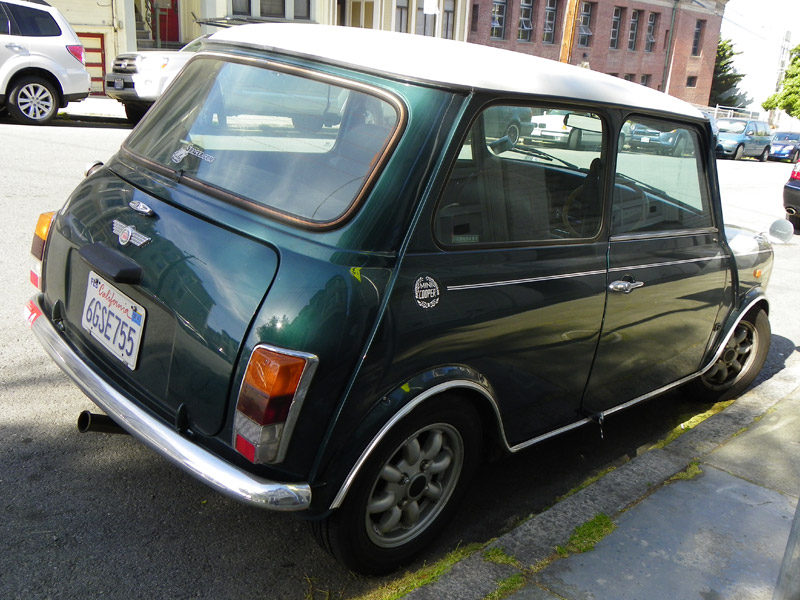 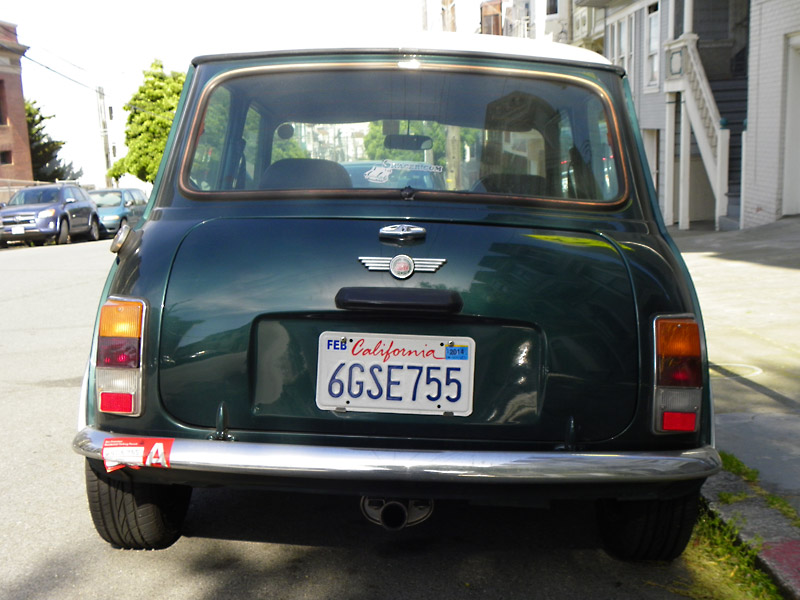 This particular car appears to be a Japanese-market Rover Mini Cooper 1.3i produced between approximately 1993 and 1994. I guessed that year because the dashboard is an unusual design that looks very different from the standard Mini style. Where most older Minis have painted metal or woodgrain dashboards, this example has one made of molded angular black plastic that looks like it could have been taken out of a circa-1990 Honda Civic. Extensive searches of inventory on Japanese dealership websites for Mini Cooper 1.3is only yielded limited matches produced in 1993 and 1994, all equipped with factory air conditioning. Air conditioning was a popular and often standard feature on Japanese Minis but my friend and colleague Art Tidesco of Getting A Little Psycho on Tyres!, a pretty knowledgeable car enthusiast in his own right, said he had never seen or heard of one so equipped. Perhaps it didn't get hot enough in the UK to offer A/C? Oddly enough, automatic transmissions are also fairly common on these later cars in Japan. Lending further evidence to suggest this car came from the Land of the Rising Sun are the right-hand-drive configuration, retrofitted fender mirrors (note the original mounting location on the doors, thanks Art for pointing that out), orange side marker lamps and last but not least, an official-looking kanji sticker on the right rear quarter window. Curiously, the importation rule for foreign-market cars is usually 25 years. I wonder if there was some loophole that allowed this Mini to come over early. The plates are fairly recent. 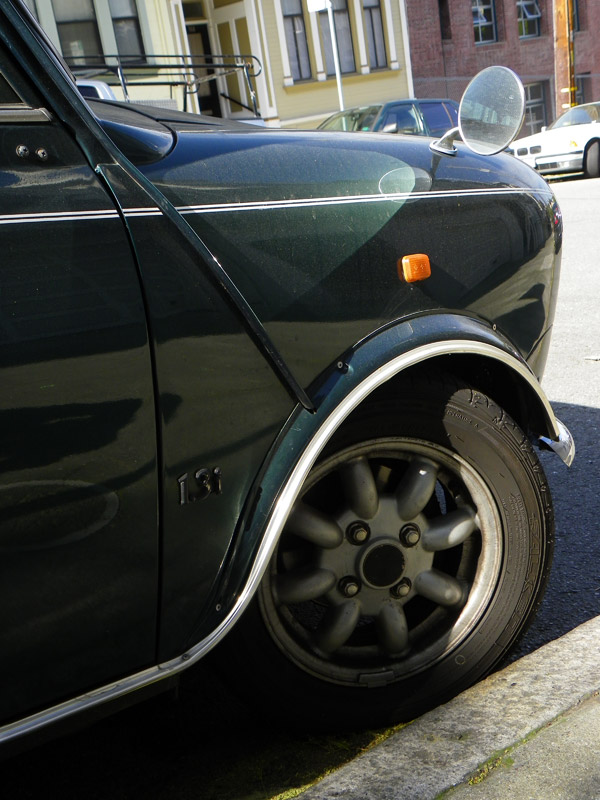 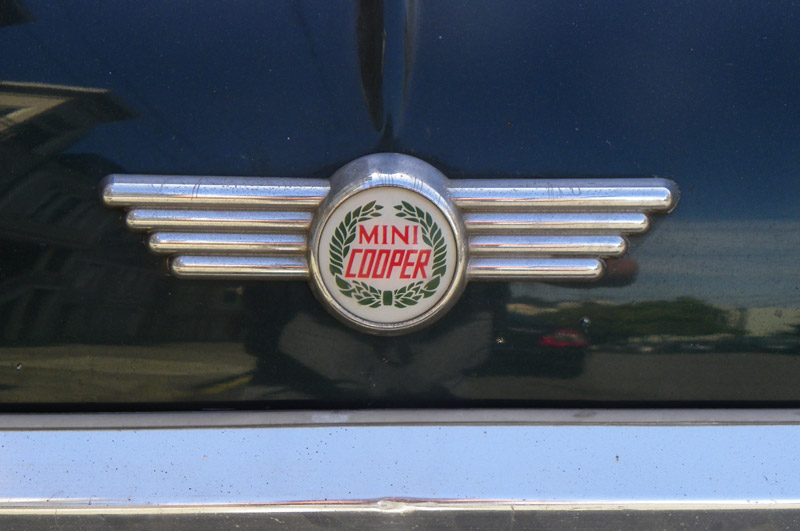 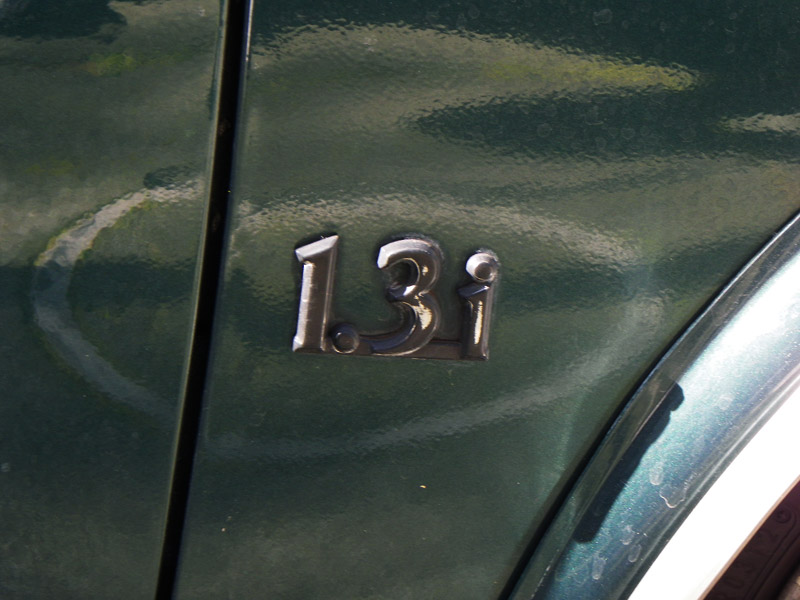 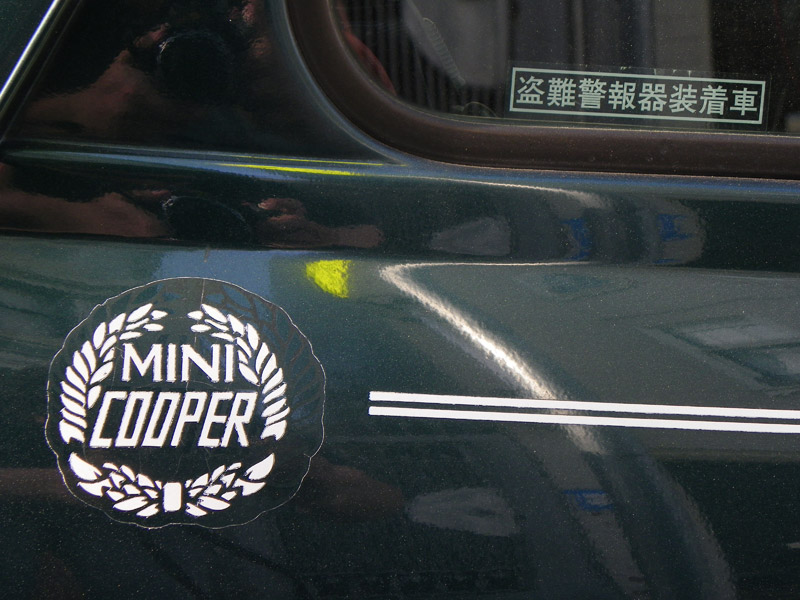 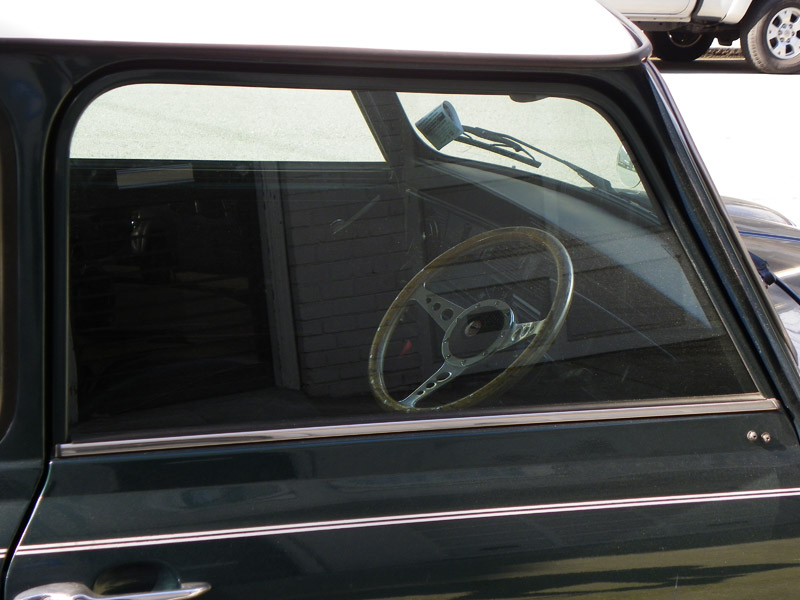 As for condition, I don't know enough about these cars to know if all the body badges are correct and in the right locations. The paint is metallic British Racing Green with a white roof and Minilite-style wheels, a classic and good-looking, but very cliched combination. At least it's not red and doesn't have white rally stripes on the hood. I can't say if the steering wheel is stock. These cars lend themselves so well to customization that one can do virtually anything they want with their Mini from the parts bin and a lot of stuff will bolt right on. It's nice to see a clean Mini with a history different from all the others.
Posted by Jay Wollenweber at 12:00 AM