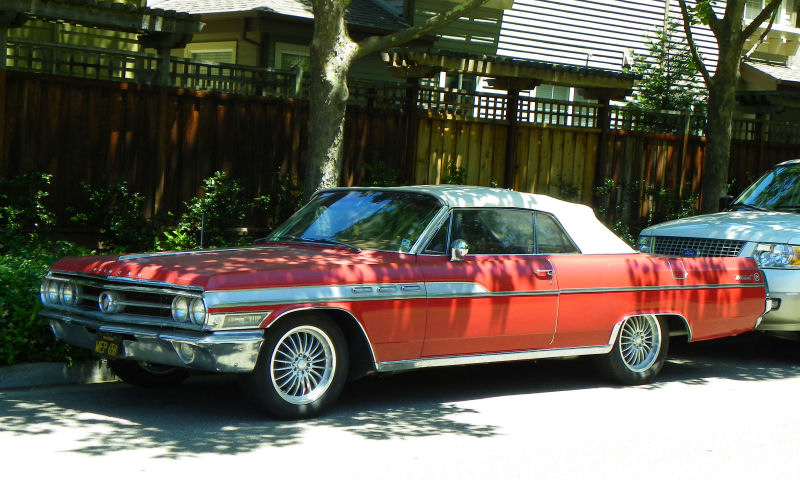 I'm not an expert on 1960s Buicks. Aside from the Riviera, it seems most of the Buick line was an upgraded version of the more common Chevrolets and Pontiacs. The 1963 Buick Wildcat may have a passing resemblance in profile to the 1963 Chevy Impala. That's because it is based on the full-size B platform Chevy, albeit with many changes. Wildcats were an interesting creature, more of a large sporty car than a general boulevard cruiser. 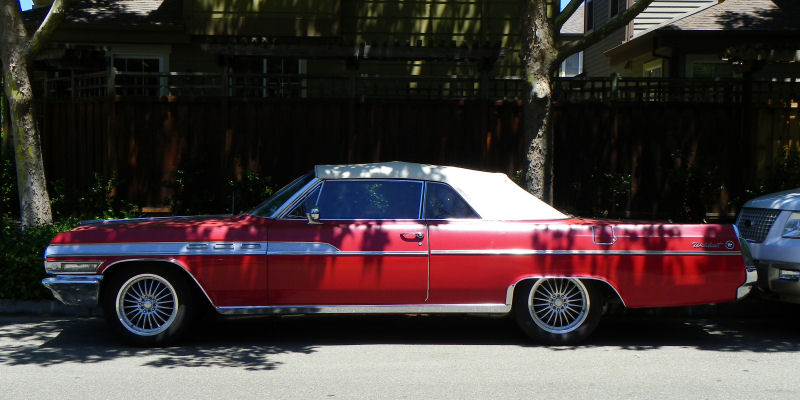 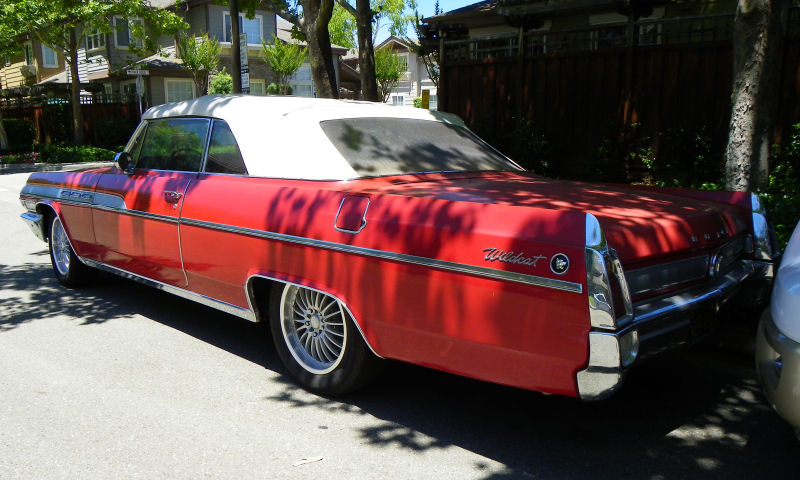 The Wildcat featured a 401 Buick Nailhead V8 which was marketed as the Wildcat 445, so named for its 445 ft lbs of torque and 325 horsepower. Reflecting its sporting nature, the Wildcat was offered with a three-speed column manual or four-speed floor shift manual transmission. More relaxed drivers could get a three-speed automatic. The Wildcat was introduced in 1962 as an offshoot of the Invicta, available only as a two-door hardtop. In 1963 it became its own model and gained a convertible version as seen here, as well as a four-door hardtop body style. This was also the final year for Buick's trademark VentiPorts in the fenders. The convertible was the rarest body style of 1963 with only 6,021 built out of 35,725 total cars. 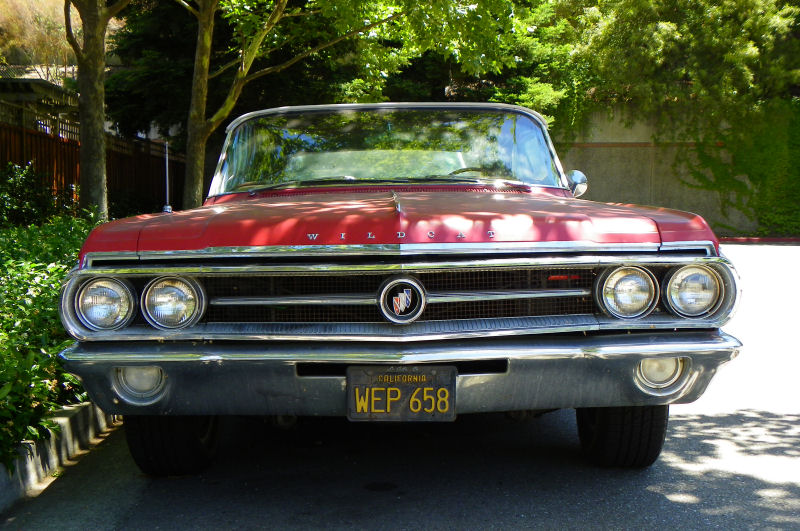 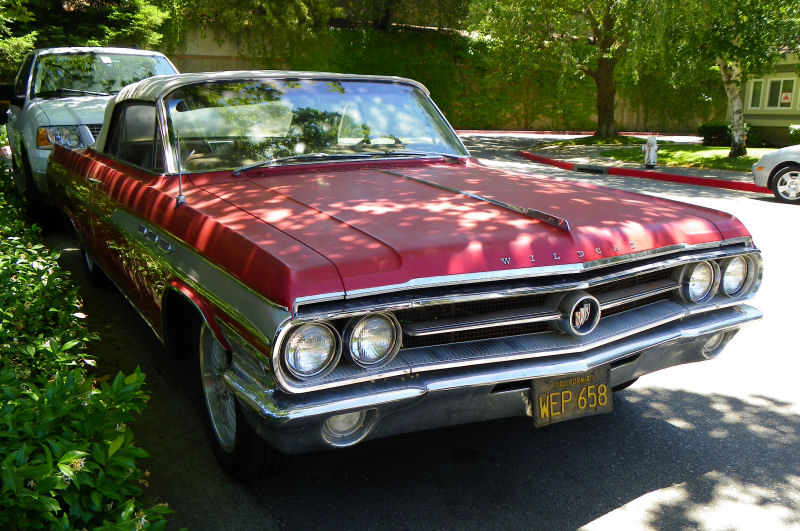 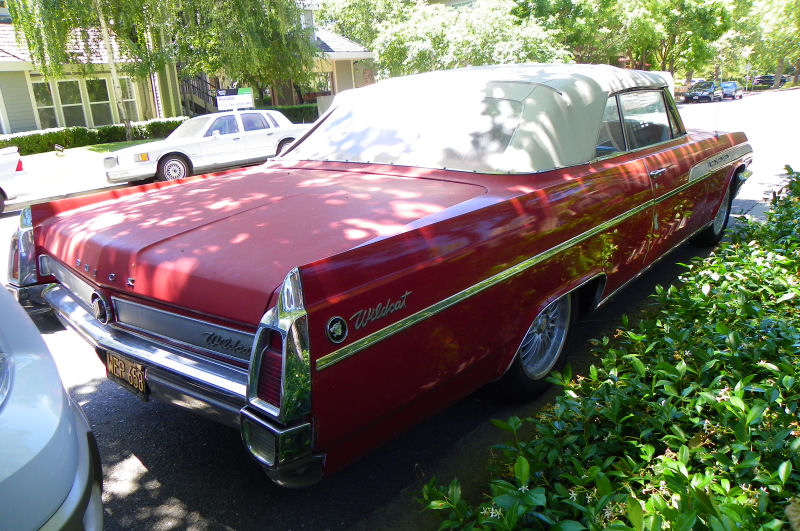 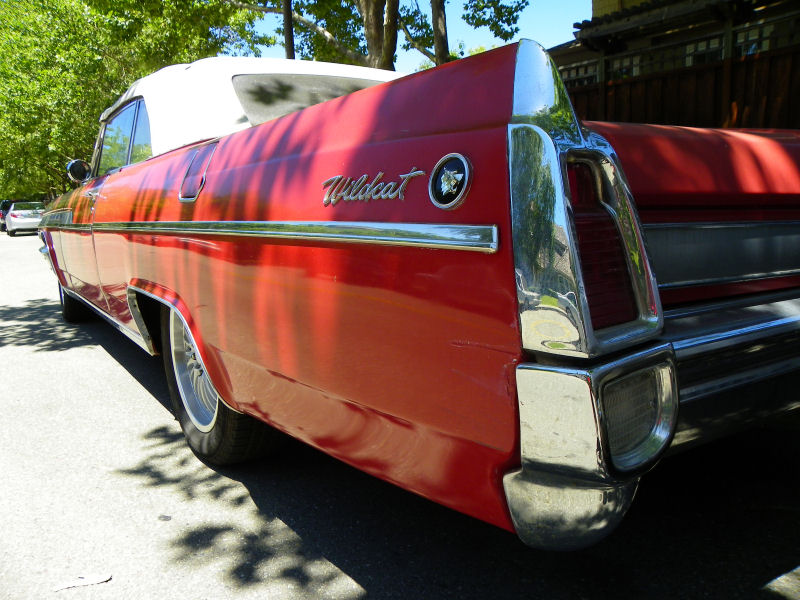 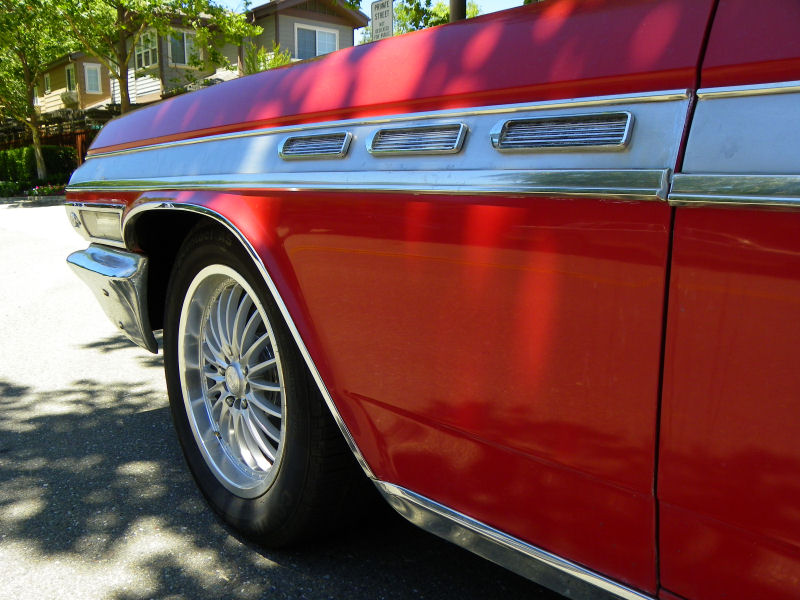 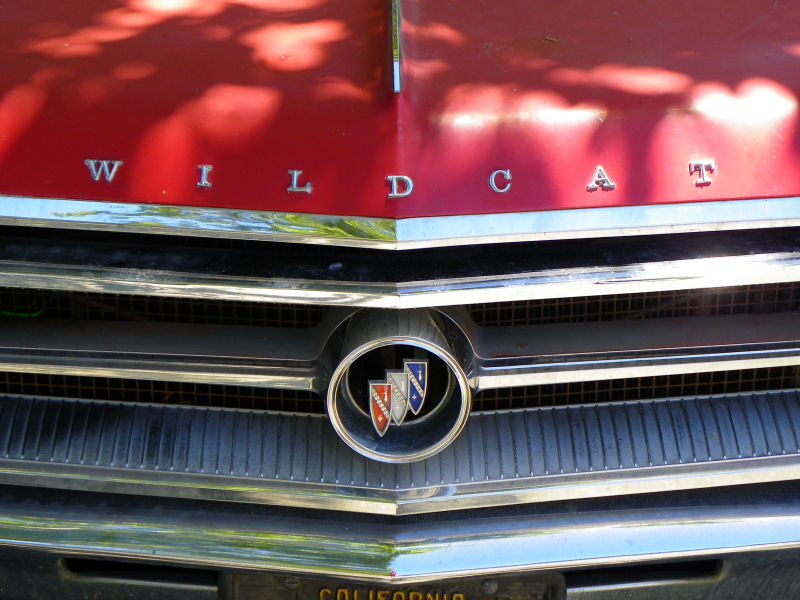 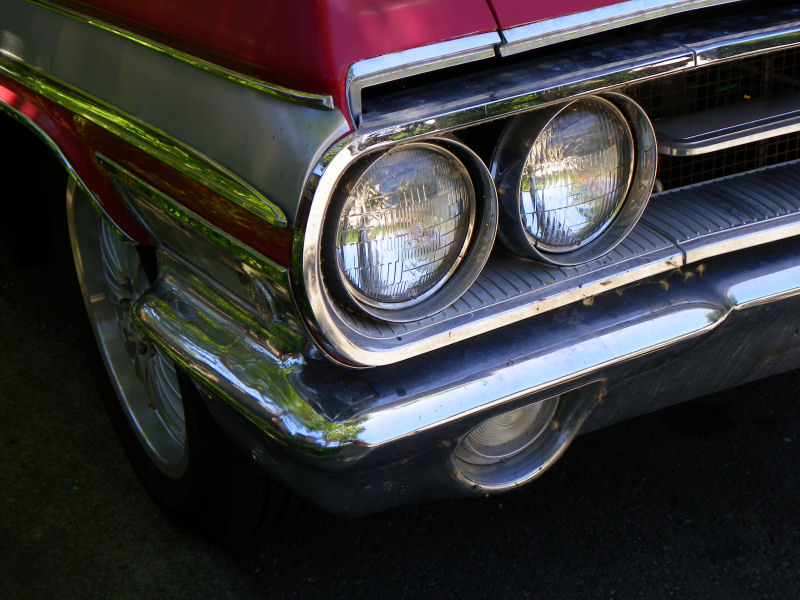 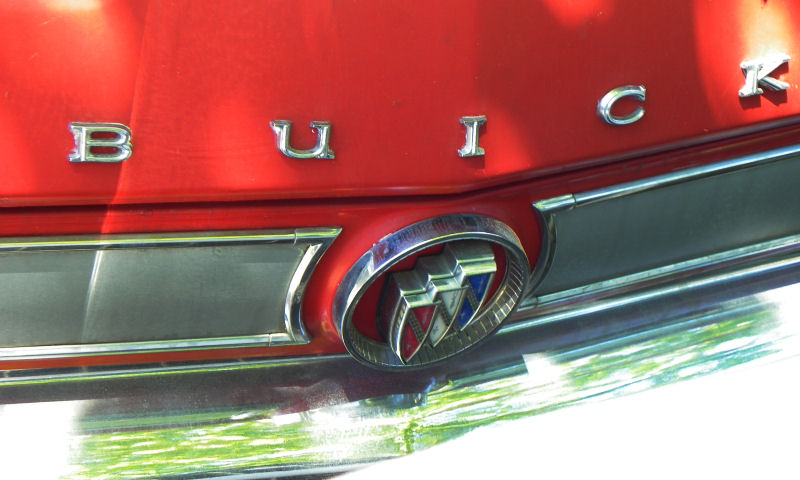 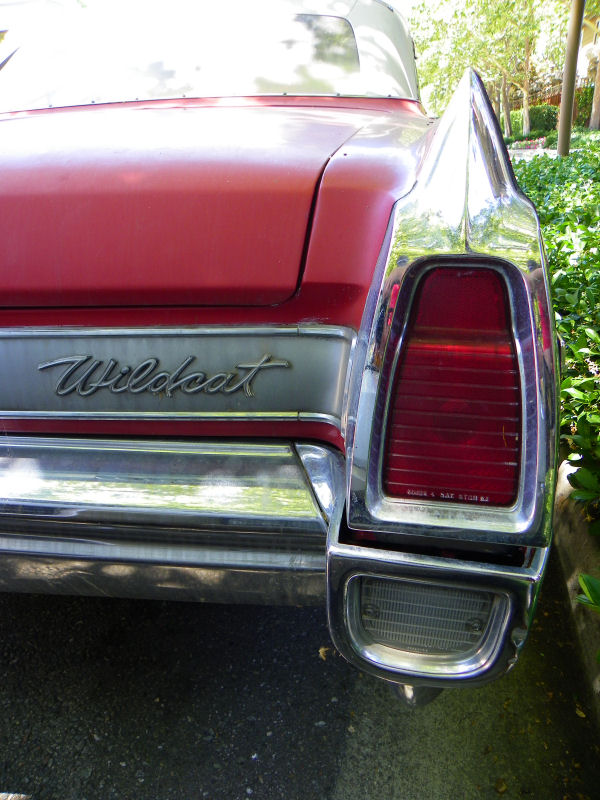 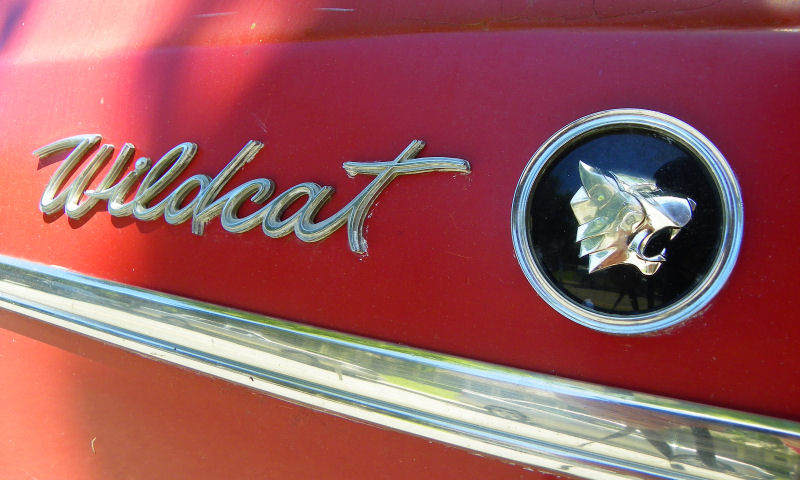 This Wildcat convertible isn't the most perfect example of the breed, but much of that comes from living outdoors in California. The paint is sunbaked on top and has lost its luster, and scratches abound on the sides. The body is actually in very good condition aside from the paint concerns, and while the vintage black plates aren't likely to be original, they lend the car a period look. I hope that the owner still has the stock wheels in storage somewhere, though, because those modern multi-spoke aftermarket dealies aren't helping. I saw this car for the first time in July and it appeared again outside the Danville Hot Summer Nights show in August with a For Sale sign on it. It's too bad the owner seems to have gotten tired of it but I'm hopeful the next owner will take good care of this rare Buick.
Posted by Jay Wollenweber at 12:00 AM