Is there any car on this earth more recognizable than the Volkswagen Beetle? They built more than 20 million of the things and sold them all over the world for several decades. For sure, the Bug has made an indelible impression on people - and kids everywhere recognize it. Heck, they play games that involve punching each other when they see one. So it makes sense for model manufacturers to produce a VW Beetle. Maisto, Revell, Solido and a number of other companies make one. 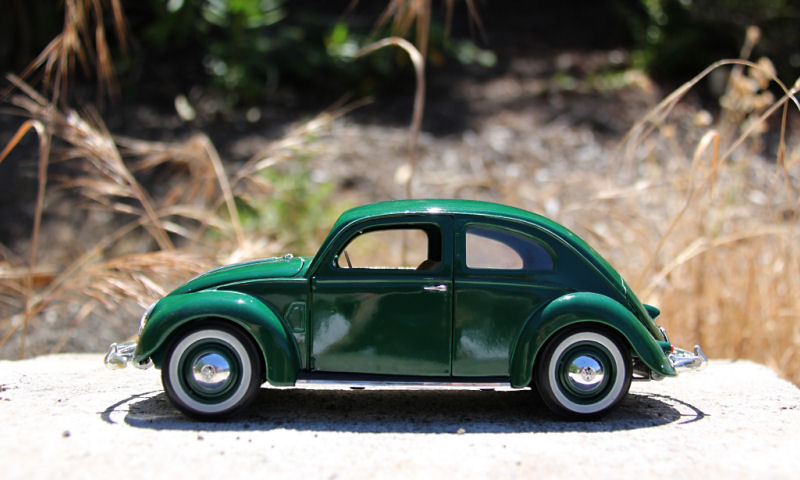 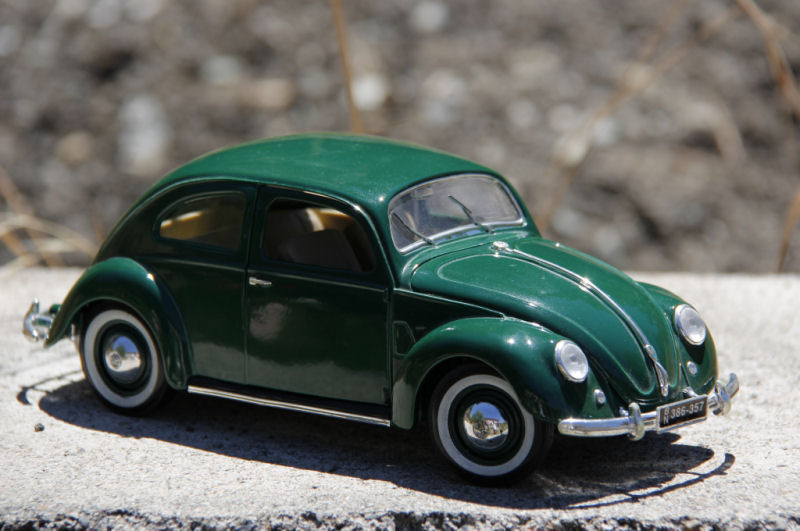 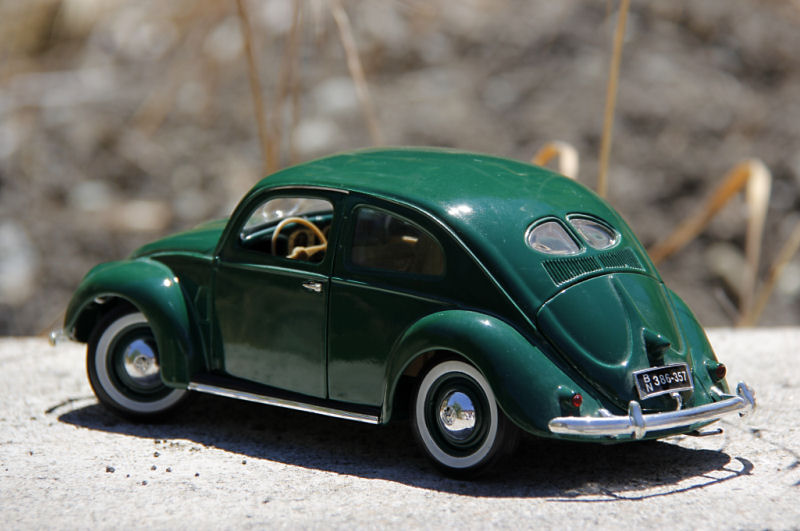 Maisto took an interesting approach to this. Instead of a 1963 "Herbie" Beetle, or the popular '67 or a 1970s-era Super Beetle, they made a 1955 split-oval window model. It's one of the oldest versions I've seen on the market. The Beetle was one of my early childhood "big cars", and as such it bore the brunt of my "breaking and taking things apart" phase. I accidentally broke the steering mechanism so now the front wheels can steer separate ways. Both wheels on the right side fall off if you roll the car more than a short distance. I found out how to remove the spare tire from under the hood, and also learned that the hubcaps are removable whether they're supposed to be or not.
Despite the obvious age and wear, the car still displays decently. The paint has held up well considering that I played with it regularly for many years. None of the major body panels have suffered real damage, and while the doors sag enough to see daylight around the window frames when closed, they still operate properly. Blow all the dust out and the interior still looks like new. 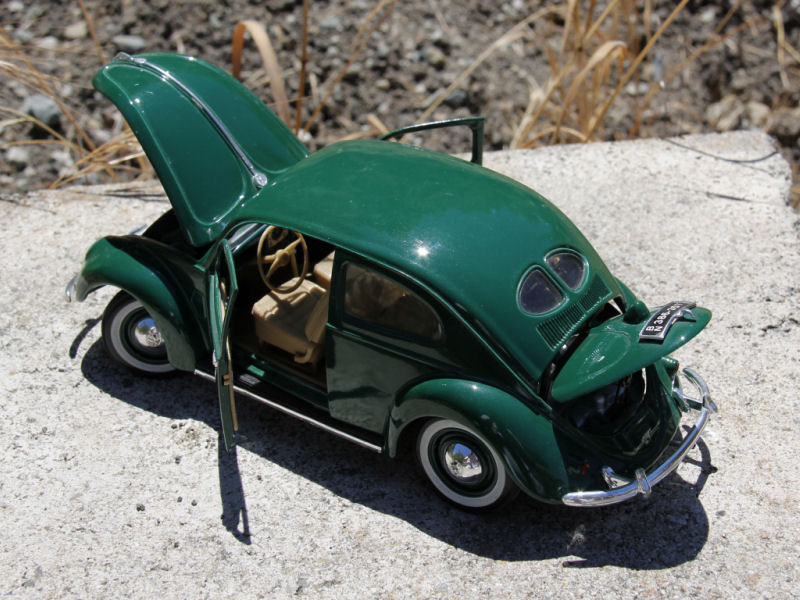 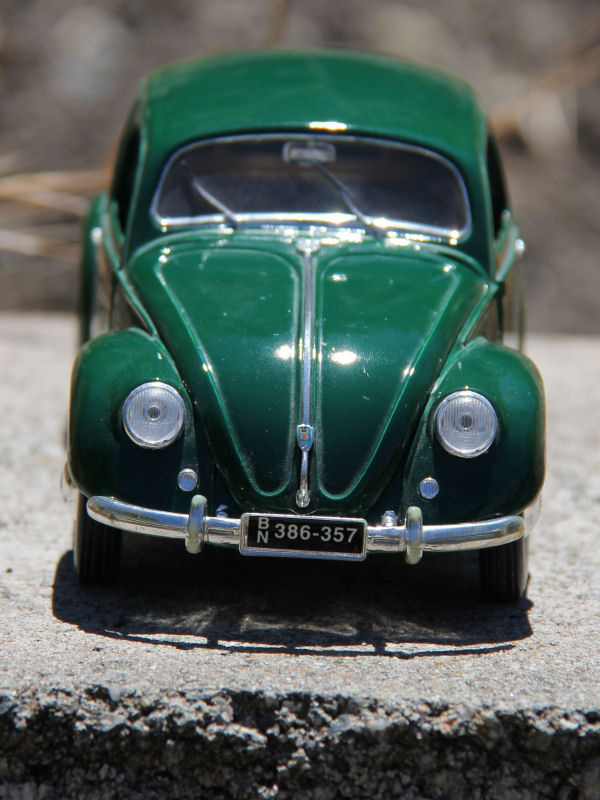 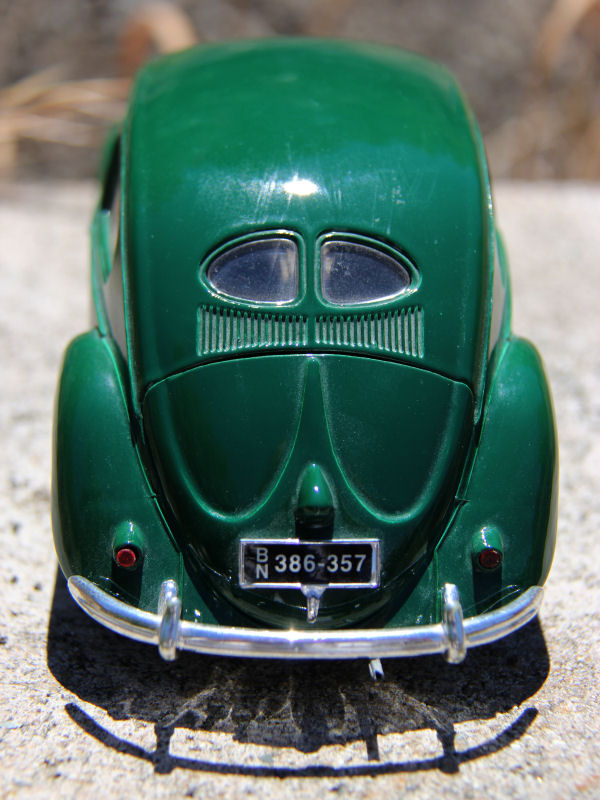 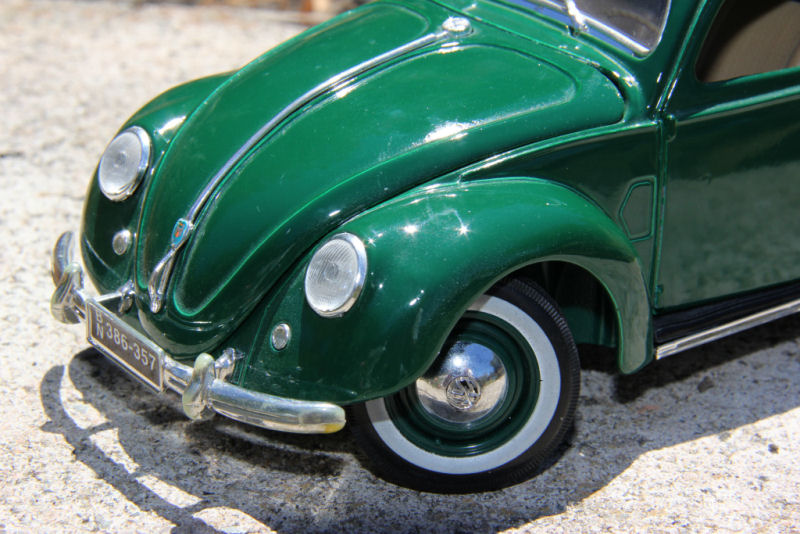 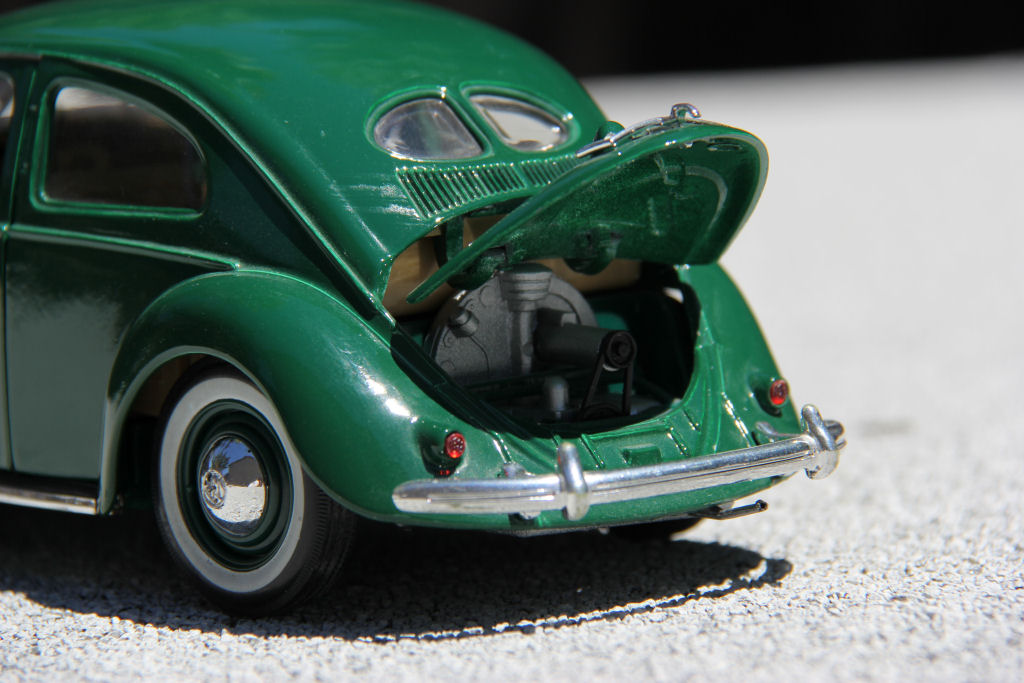 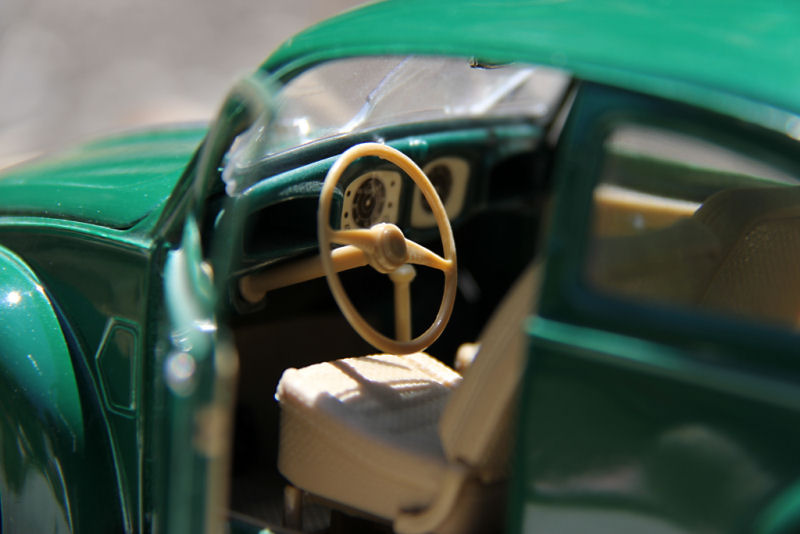 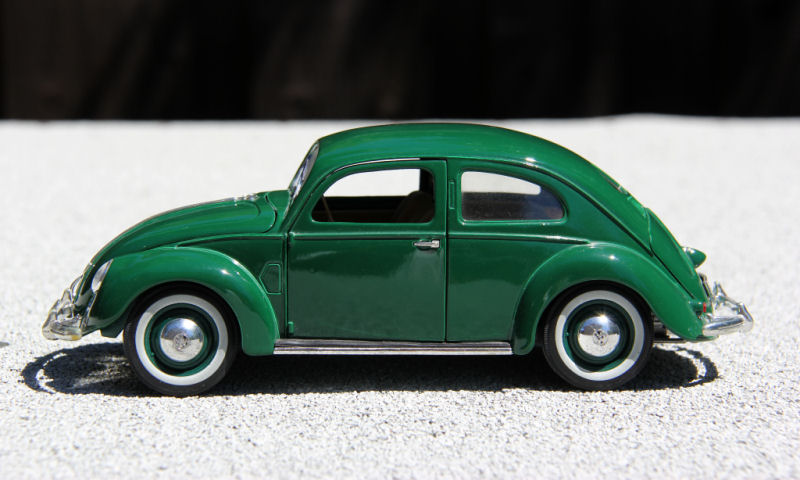 This is a basic but well-made model. One of the interesting touches I notice about it is that Maisto elected to make the plastic chassis body color instead of the customary black, which I believe is actually accurate for VWs since they were fully painted underneath. They also included the suggestion of pop-out trafficators in the B-pillar, which predated the modern turn signal light. The engine is quite elementary and lacks significant detail, though, and the back seat cushion does double duty as the car's firewall. I used to worry about breaking off that tiny, fragile exhaust pipe.
I've never been a huge fan of Beetles, but this one earned a spot on my display shelf because it survived everything I threw at it when I was a dumb little kid who didn't know any better. If you're a Volkswagen fan, you probably have one of these already but I'll recommend this if you want a Bug that's unique and not too expensive.
Posted by Jay Wollenweber at 12:00 AM