Studebaker is one of the few brands that usually makes me stop and take notice when I see one on the street or at car shows. Avantis, Hawks and the classic 1950-51 bulletnose cars are the iconic models everyone remembers, but the 1960s Larks are cool as well. Consider that they were developed on a shoestring budget from late-1950s body and chassis components and you're left with an oddball compact sedan that looked very different from most of the cars on the road. 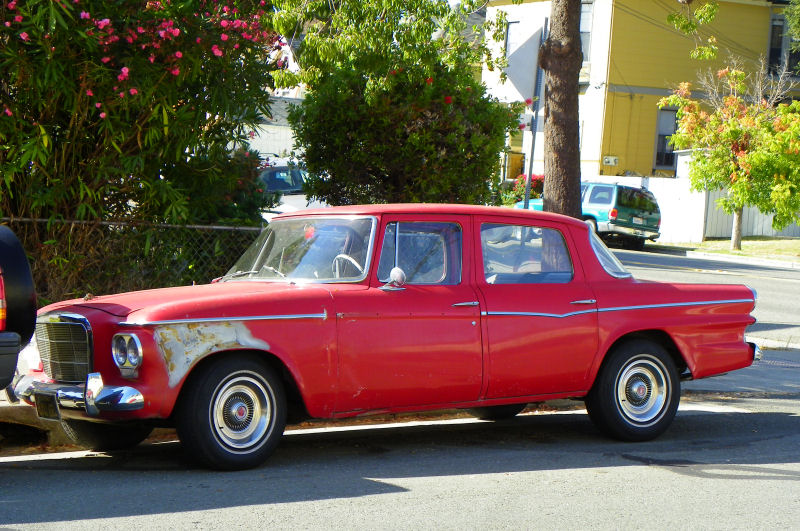 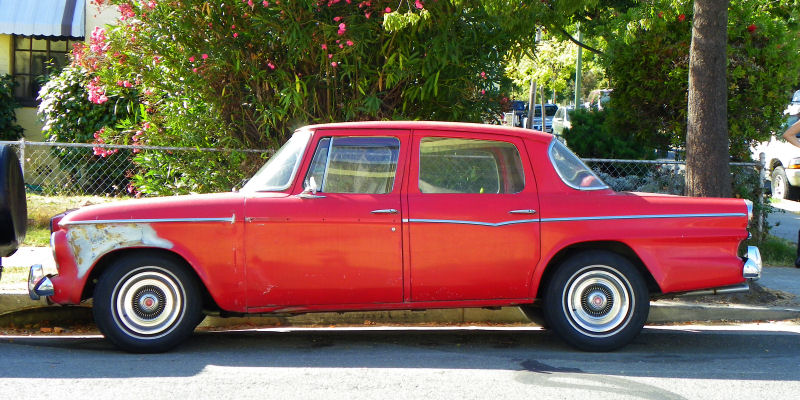 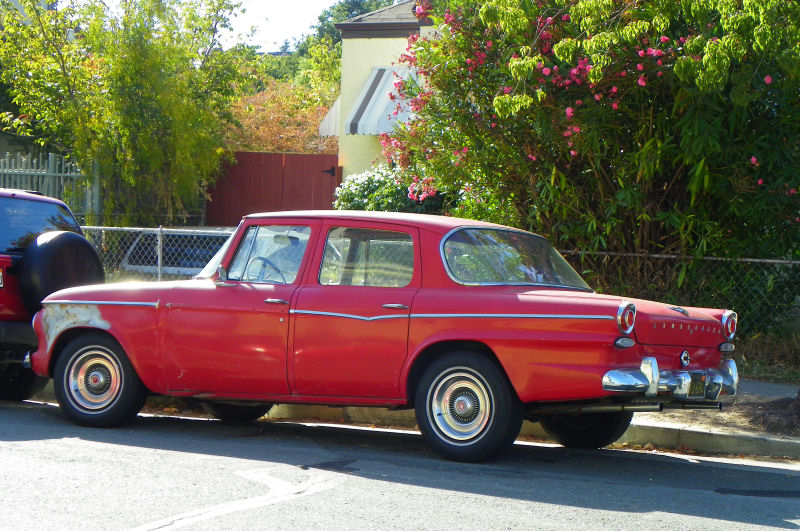 The 1962 model was the final year before the Lark would receive a much-needed refresh that modernized its body with a more squared-off shape around the windows, revised bright trim and (in my opinion) a more attractive grille mesh design. The Lark was still trying to mimic Mercedes-Benz with its upright grille shell, but no matter what it tried to be, it was still an unmistakeably American economy sedan rather than a German luxury car. It's perhaps the first example of a cheap American sedan comparing itself to a Mercedes (a practice made famous years later when Ford tried to claim the Granada was equivalent to a Benz for much less money). One added bonus of some Larks was a V8 engine, which provided a little more grunt than the standard six. Buyers could choose either the 259 cubic inch economy V8 or the 289 out of the Hawk coupe. Later models would benefit from the higher-rated Avanti 289 with its available supercharger. 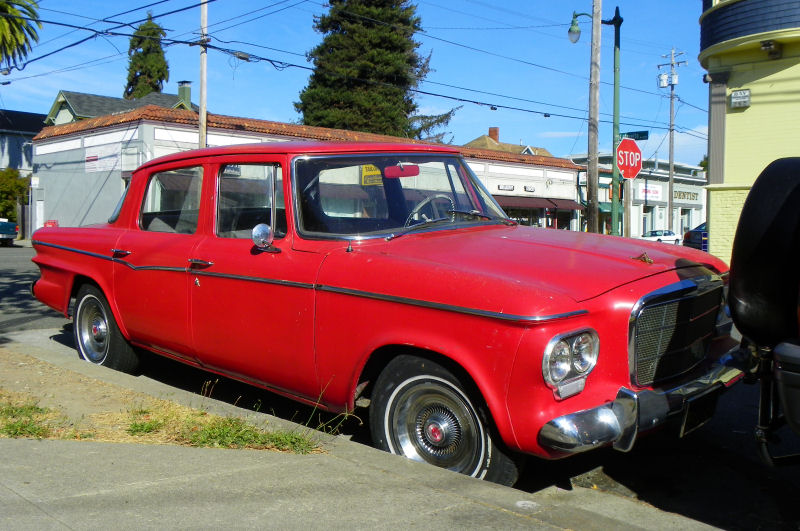 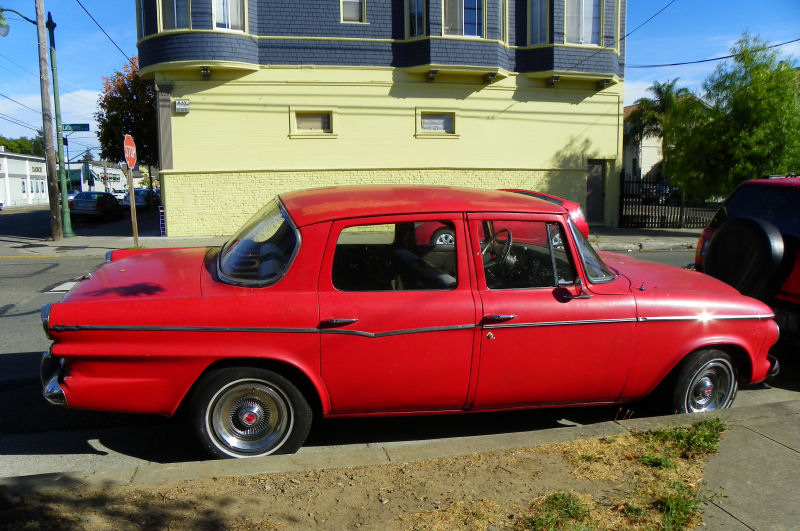 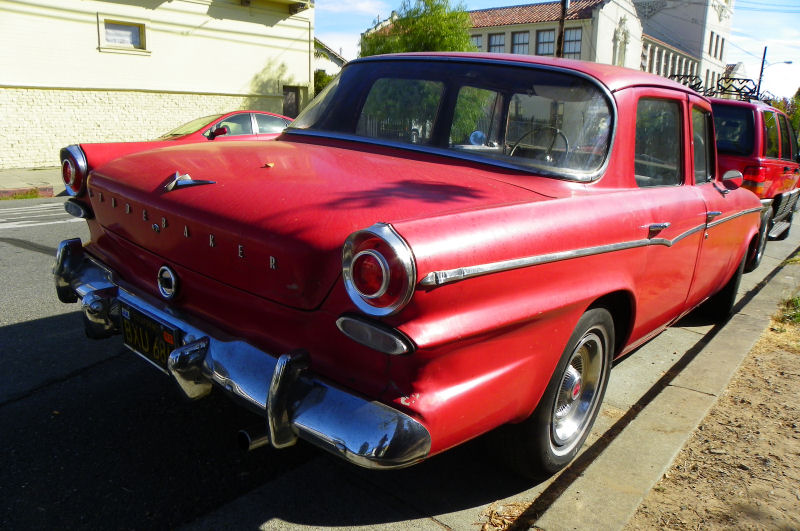 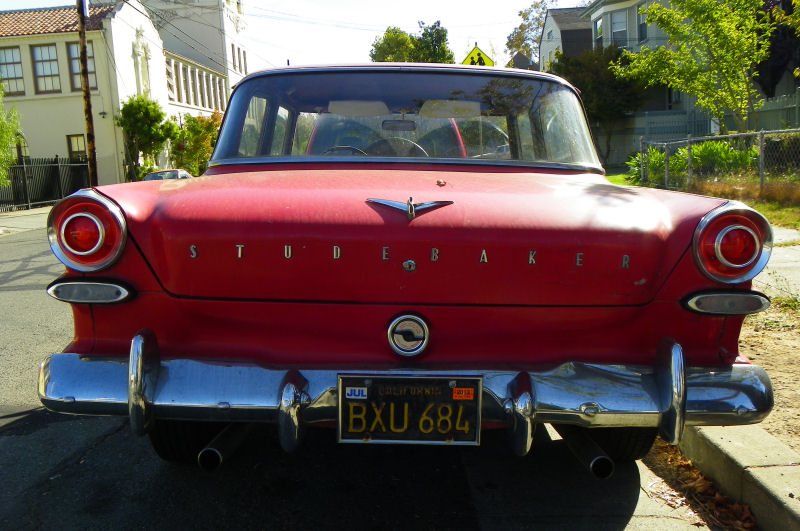 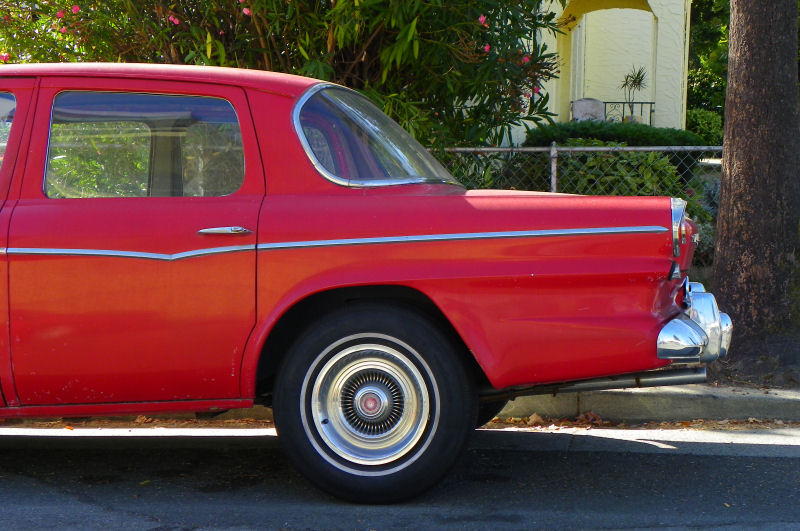 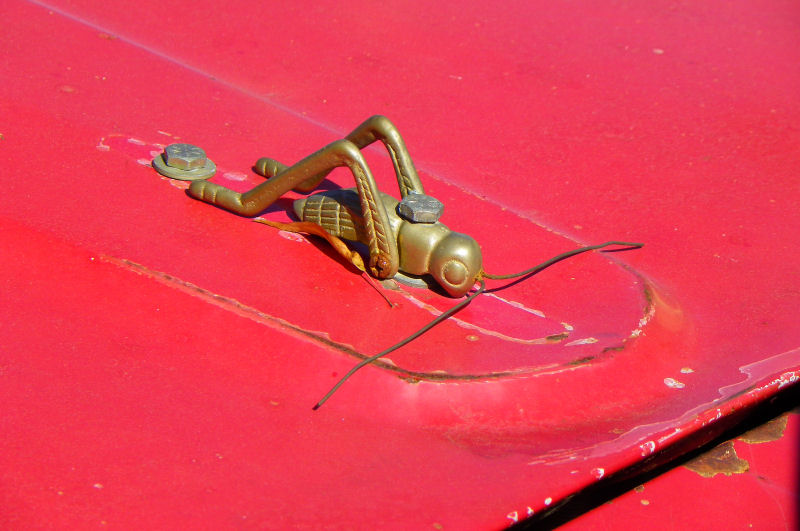 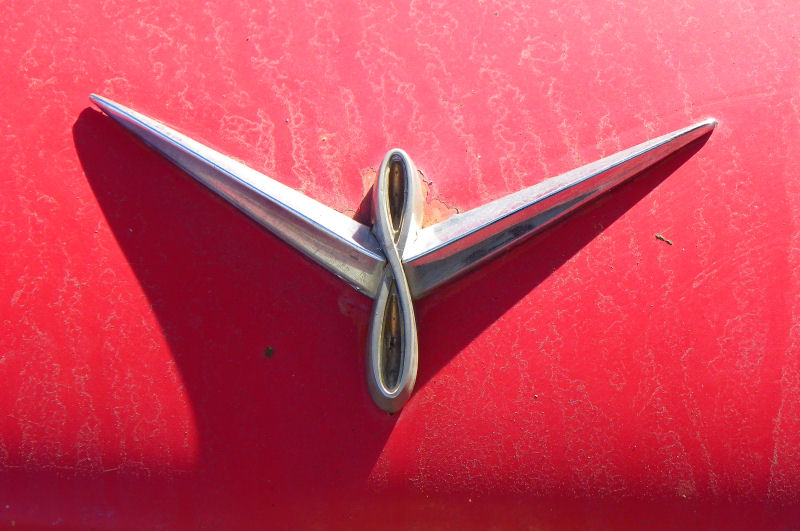 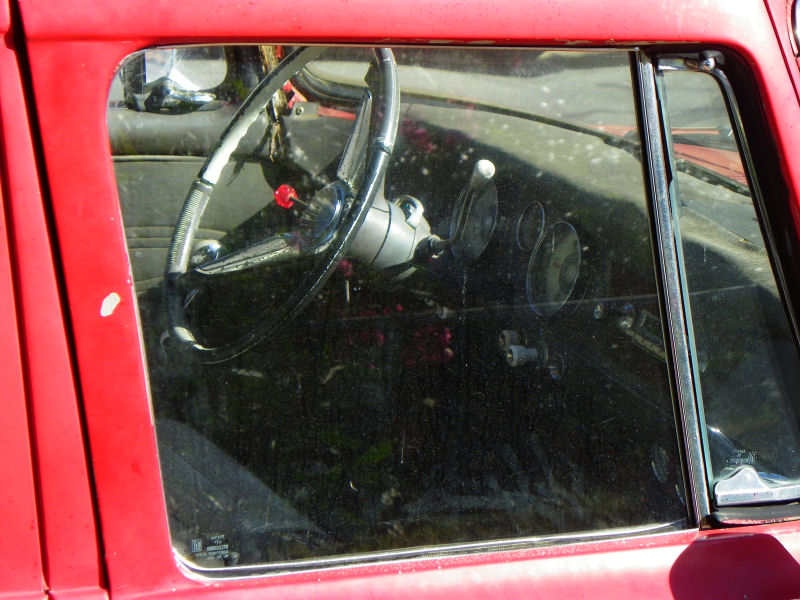 This '62 sedan is definitely a driver. It's rough around the edges and could use paint and body work to get it back into shape. It was a fun find for me since it was parked just around the corner from where I had previously photographed the beautiful '55 Chevy two-door sedan. Alameda is funny like that. This car isn't quite all-original, as it has certain little custom touches like a dice-shaped turn signal stalk knob and a grasshopper for a hood ornament. It's too bad that the twist grip on the rear gas filler cap isn't a mirror image of itself - it would look almost exactly like the Studebaker logo with its stylized S shape inside a circle. I don't think the wheels/hubcaps are original either, since they look more like they came off of a 1970s Ford -- ironically, probably a Granada. It doesn't surprise me much to see a Studebaker without its original wheels, since most Studebakers I see (and have featured here) belong to the San Francisco collector I commonly refer to as "Stude Guy". His fleet of Studebakers all ride on custom American Racing wheels.
I would like to see this car cleaned up, but in any case I'm glad to see a piece of history being used. South Bend, represent!
Posted by Jay Wollenweber at 12:00 AM