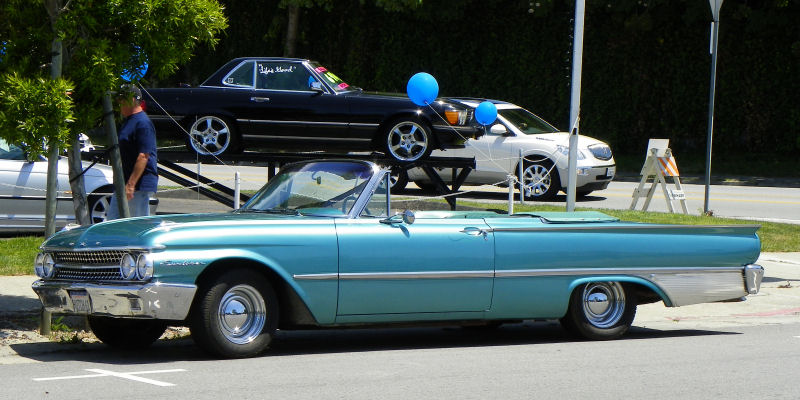 There are a lot of banner years for car styling, but 1961 is not usually considered one of them. At least not on the level of, say, 1957. To me, 1961 is generally classified as the final year for tail fins on a lot of Detroit's cars. Ever since their pinnacle in '59 on the Cadillacs, fins were falling out of favor and were gradually being phased out. 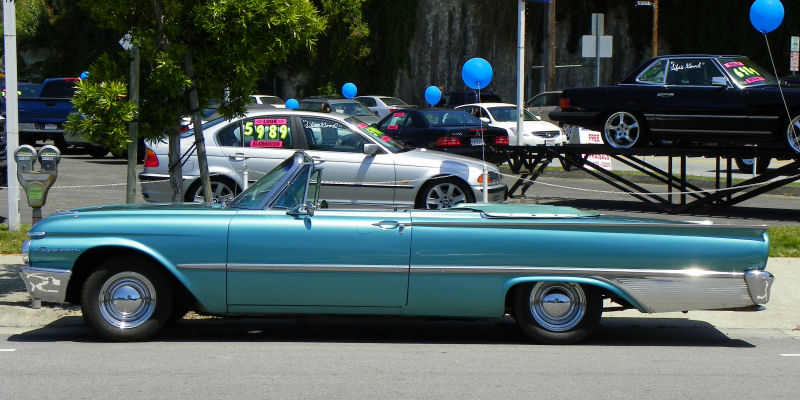 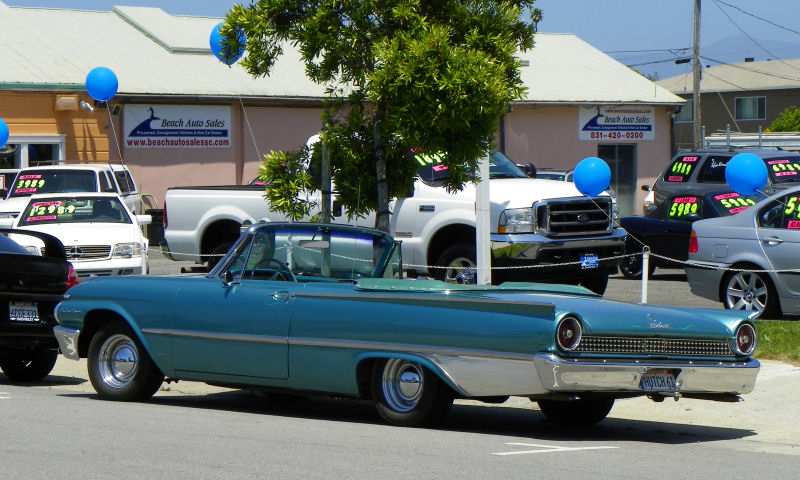 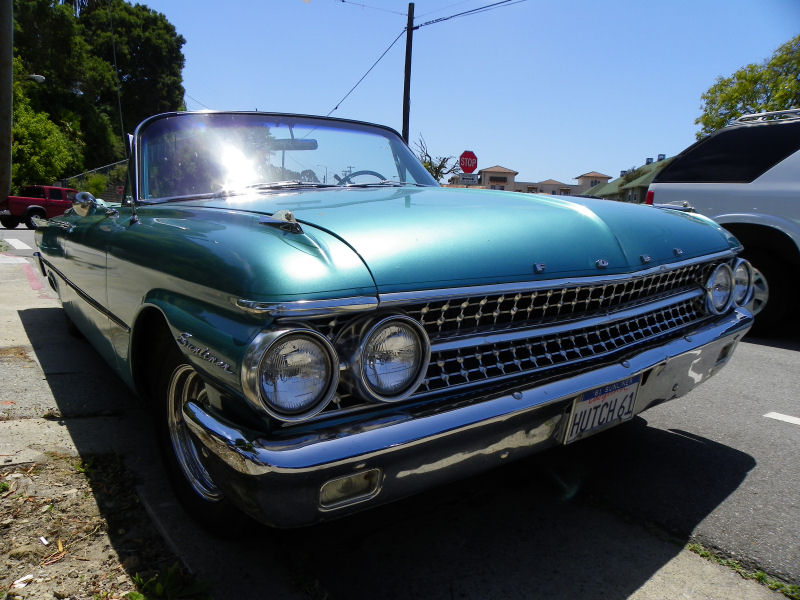 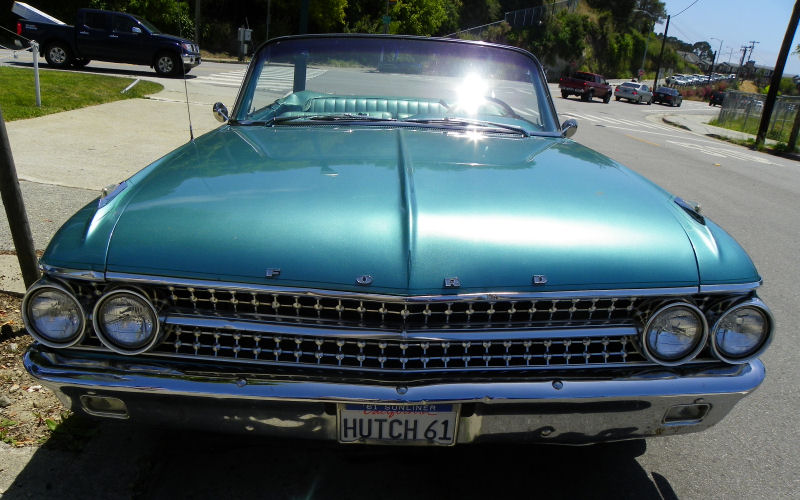 This 1961 Ford Galaxie Sunliner convertible has little vestigial fins trimmed with a chrome spear that cleverly terminates at the door handle. The overall design is very similar to a 1962 Galaxie, but the '62 has no fins and the rear quarter panels extend past the round taillights, finishing in a slanted cove around the lights. Instead of two chrome spears as side trim, the '62 makes do with one solid spear that extends from the top of the grille all the way to the rear end. The anodized aluminum quarter panel trim was also eliminated for the '62 model year. The '62 has a more modern appearance, but if I'm honest I think it loses some of the charm that the '61 had. 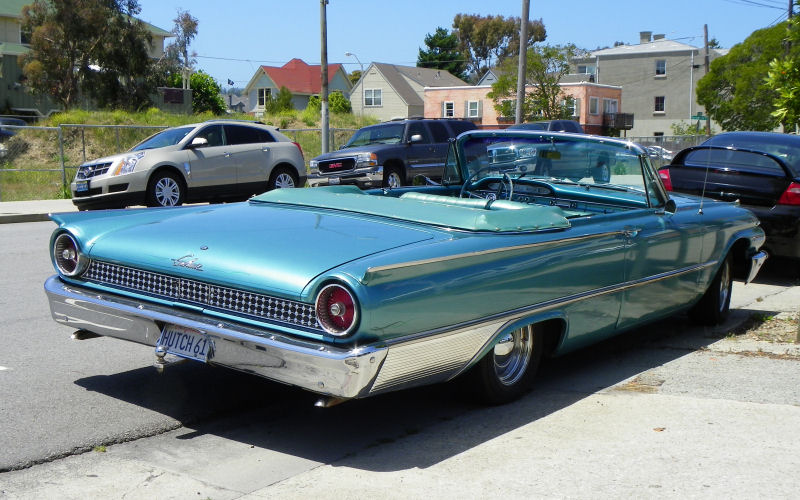 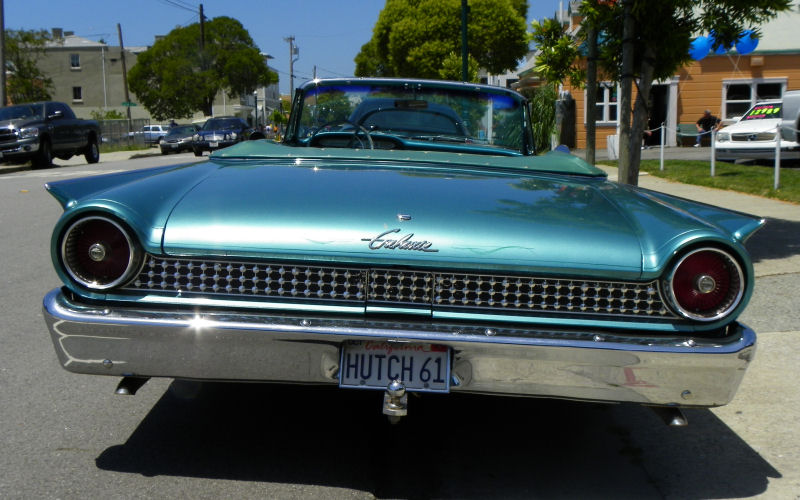 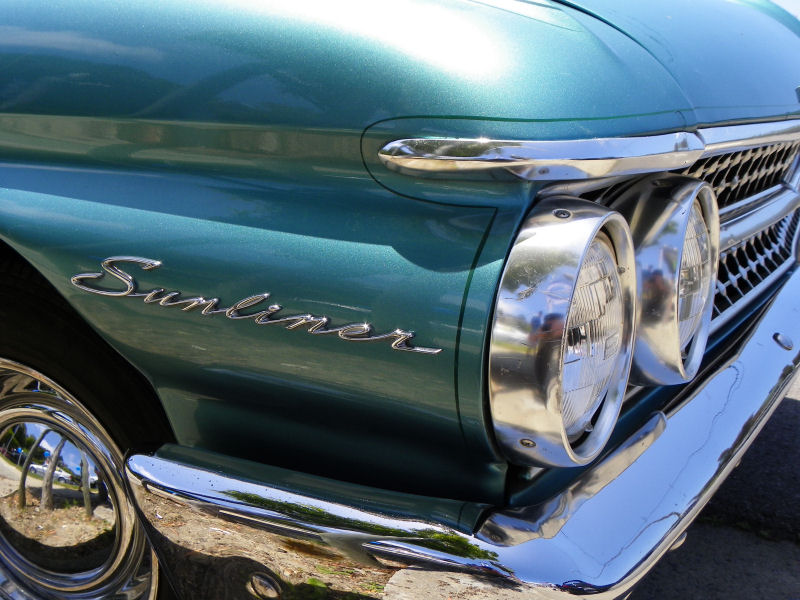 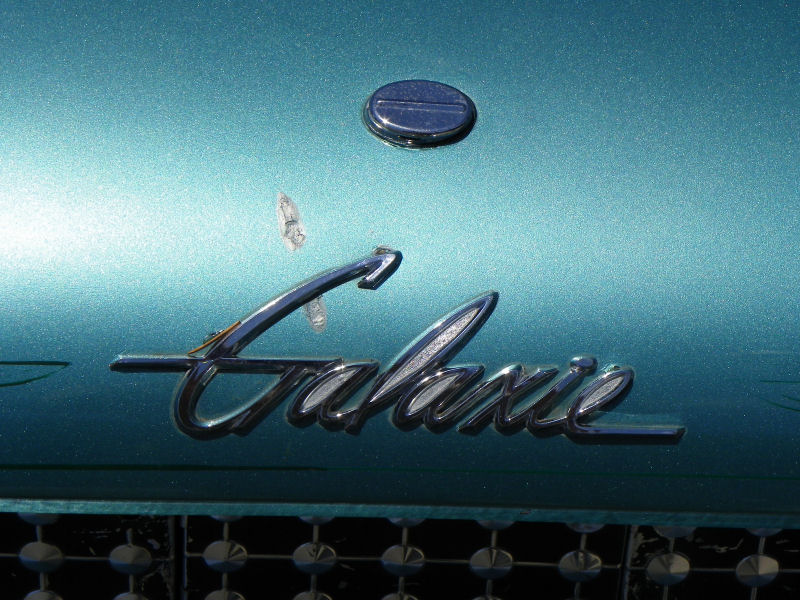 I found this Galaxie Sunliner parked next to a used car dealership in Santa Cruz which occasionally has some cool muscle cars in their inventory. It was the day of Santa Cruz's famous Woodies On the Wharf car show, so it's up for debate whether this was a show spectator's vehicle. Sometimes people just like to bring their cool cars when they visit the Boardwalk. Either way, I was thrilled to find it. You just don't see cars like this on the street anymore, especially a less cliched early '60s full-size Ford convertible. I love the metallic turquoise with matching vinyl interior. I kind of miss the era of color-matched interiors - no, black over black doesn't count. My two-tone light-blue-over-dark-blue 1985 Pontiac 6000 STE wouldn't be the same if the whole interior weren't a medium blue to go with it. My dad also once had a light blue '94 Ford Taurus once that had blue cloth interior. And his metallic olive '71 GMC pickup has matching green interior. Sometimes it just seems right.
Anyway, I'm getting off topic. I'm not sure if I like the chromed steel wheels with baby moon caps on this car, but they're a vintage style choice and the owner could have done a lot worse. I'd almost like to see some thin whitewall tires on it. There are a few battle scars here and there, mainly a scratch on the trunk and some dings in the grille, but that tells me this car gets driven and enjoyed. It even has a trailer hitch, so maybe it hauls a camper on occasion. That could be fun. What better way to enjoy a road trip than in a massive convertible that can carry the whole family plus their luggage, and has enough power to tow their camper trailer as well? 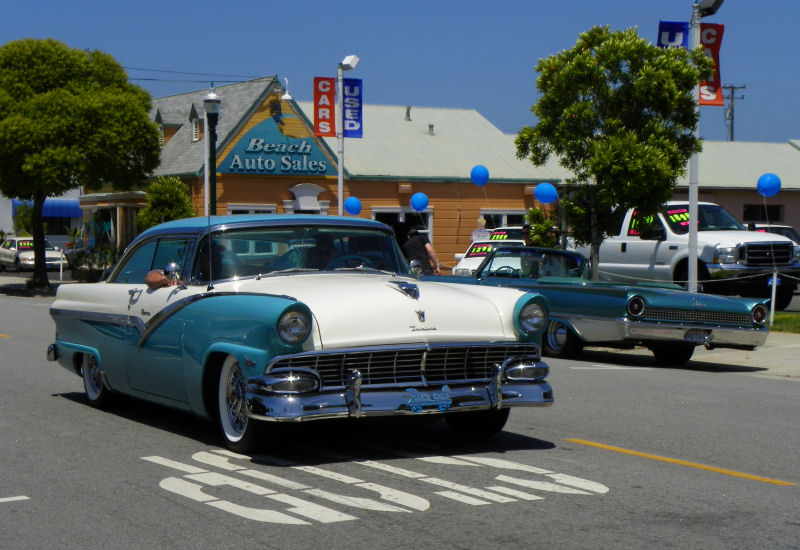 And how's this for a bonus? Here's the 1956 Ford Fairlane Victoria I featured a few years back. Looks like it's been lowered a bit. I still love it.
Posted by Jay Wollenweber at 12:00 AM