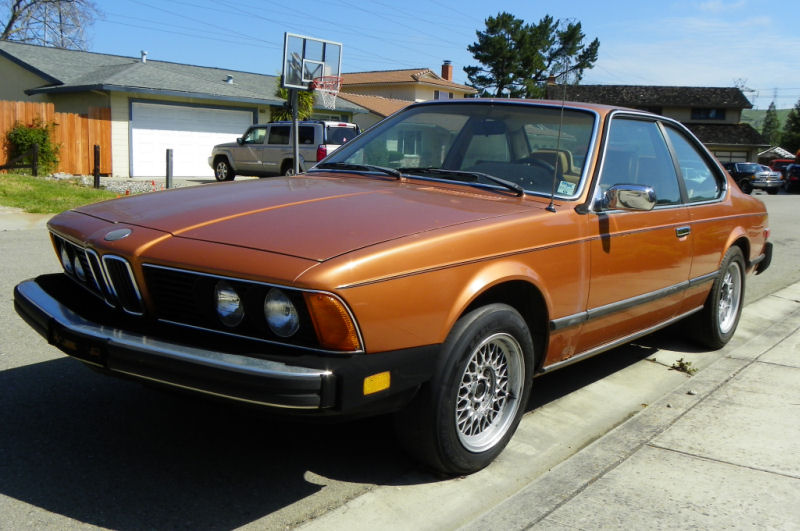 One of my favorite two-door luxury coupes is the BMW E24 6 Series. Curiously I always hated the E23 7 Series on which it was based, but felt that the styling lent itself very handsomely to a coupe. 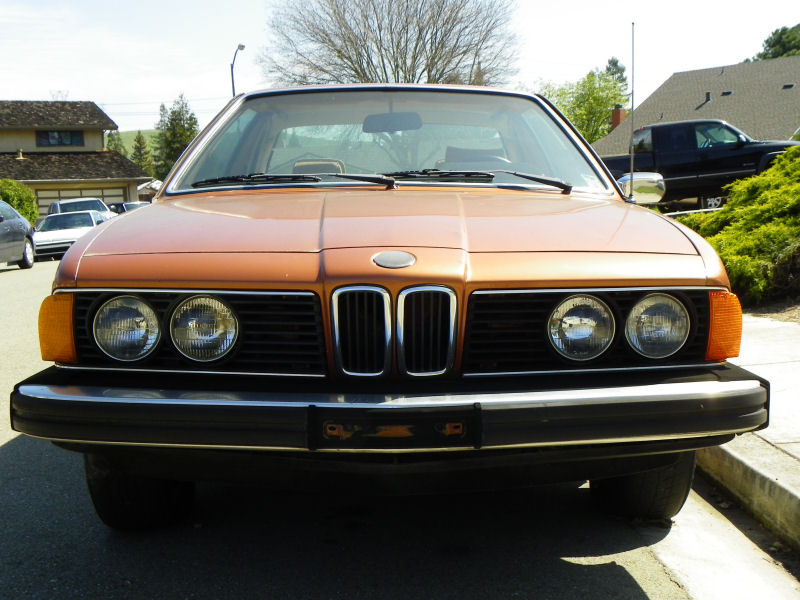 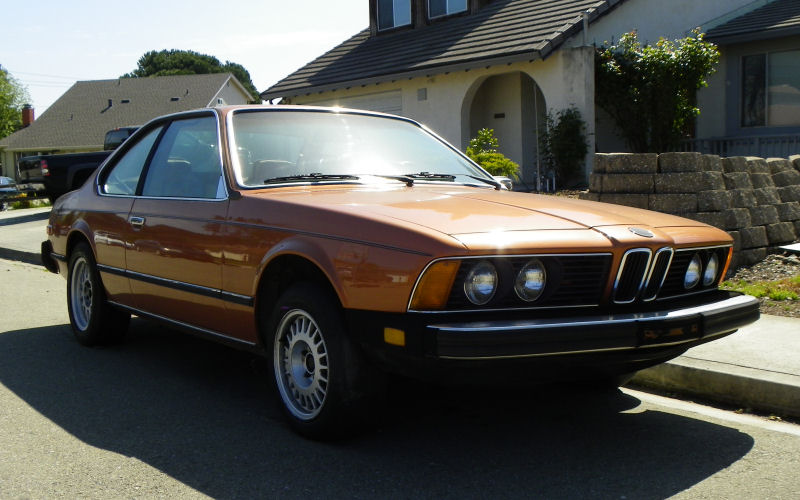 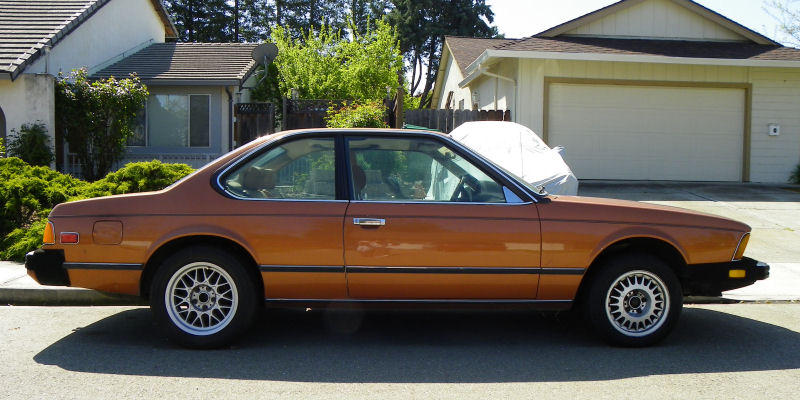 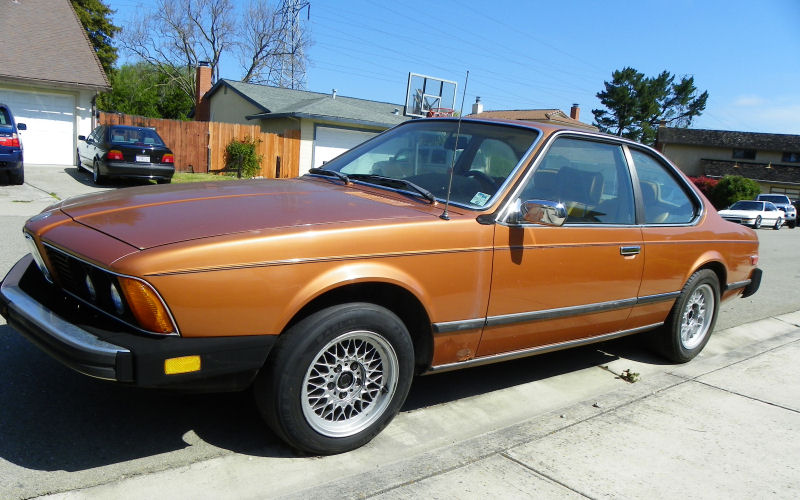 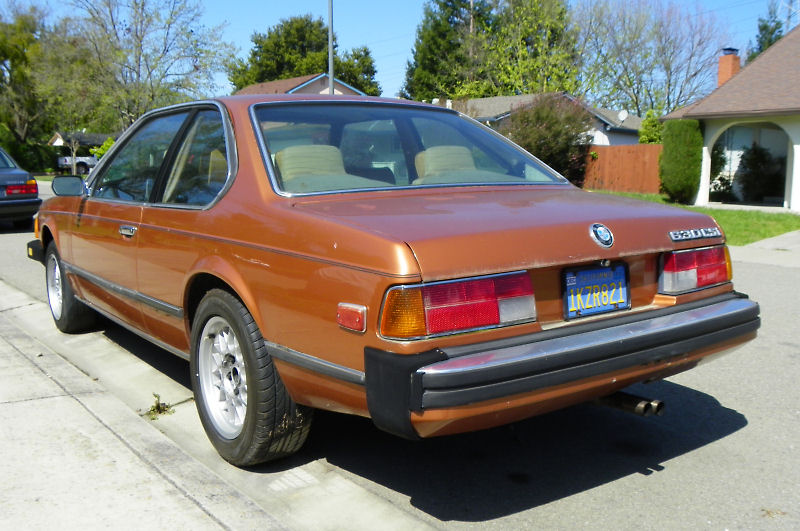 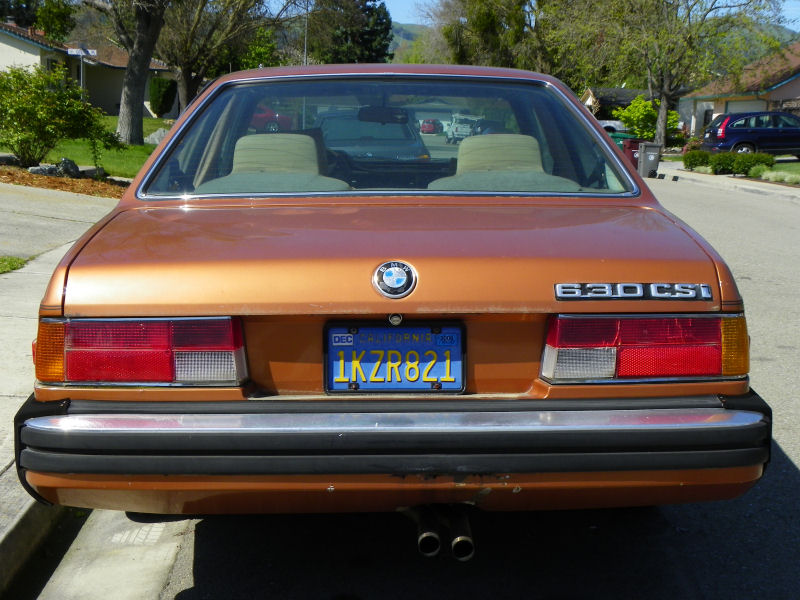 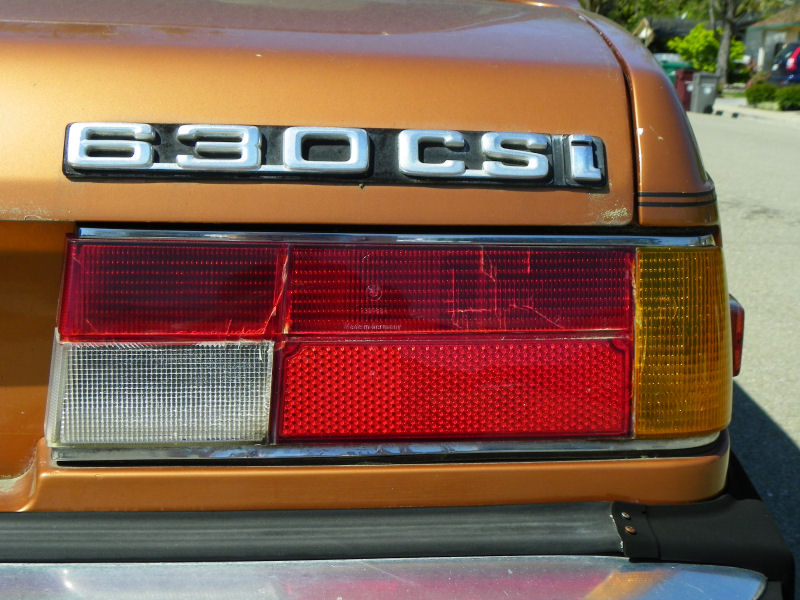 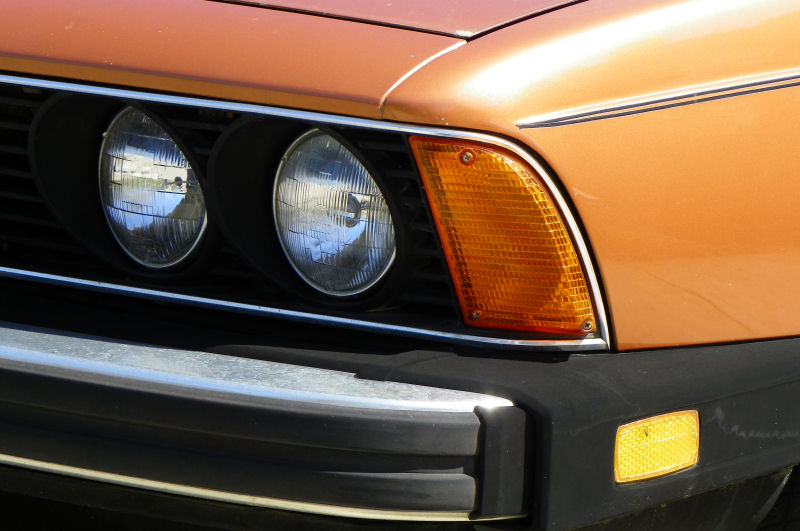 The 6 Series first came to the United States in 1976 as a replacement for the venerable E9 3.0CS. It lasted until 1987 and underwent a gradual transformation into the M6, a regular banker's hot rod. An M6 or at least a loaded late-model 635CSi is one of many cars on my fantasy garage list. I like it enough that I added an Anson 635CSi to my 1:18 scale diecast car collection.

This one is a very early E24, a 630CSi. In fact, it may be the oldest 6 Series I've seen, and it confused me when I first saw it. I knew about the 633CSi of the early '80s, but I never knew that a smaller-displacement model preceded it. The engine in the 630 appears to be based on the 3.0 straight six in the earlier E9. I was so confused, I thought it was a grey-market European car until I did some research.
Most everything on the 6er just looks right to me. From the right angles it appears dignified, imposing, and large without looking too heavy. A small nitpick is the black rubber thing that extends from the weatherstripping onto the front fenders. I never understood what that was for, but it bugs me. Maybe a rain gutter? The other thing I never liked about the E24 is the center exhaust placement. It's not even truly centered, it exits slightly to the right of center. Maybe I'm just weird, but that bothers me a lot.
In terms of condition, this Bimmer isn't the cleanest, but it's owned by a BMW enthusiast who probably has plans for its preservation. I hope he keeps it this Topaz Brown color and freshens it up.
Posted by Jay Wollenweber at 11:58 PM