Every now and then I visit a friend of mine in San Jose, and we like to eat at a Carrows restaurant on the main drag in his part of town. Incidentally, someone often chooses that block to park an older vehicle with a for sale sign on it. The first such vehicle I saw was the 1962 Chevy Impala sedan I featured some months ago. One of the several I've seen over the past year was this 1972 Chevy El Camino. 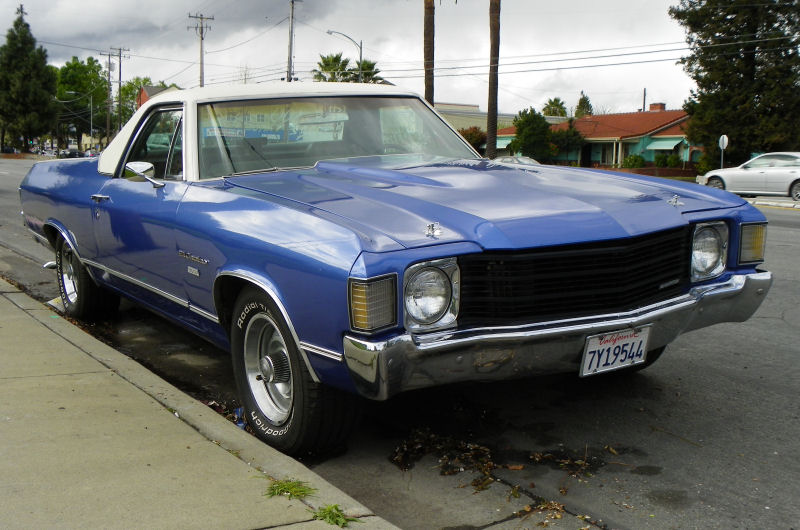 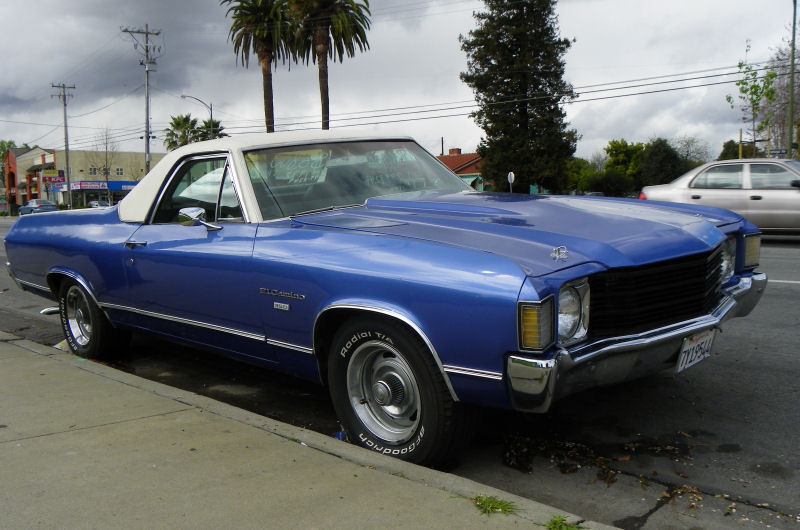 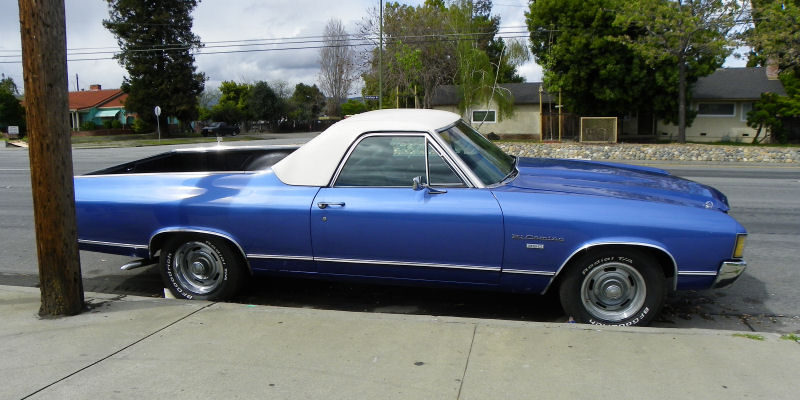 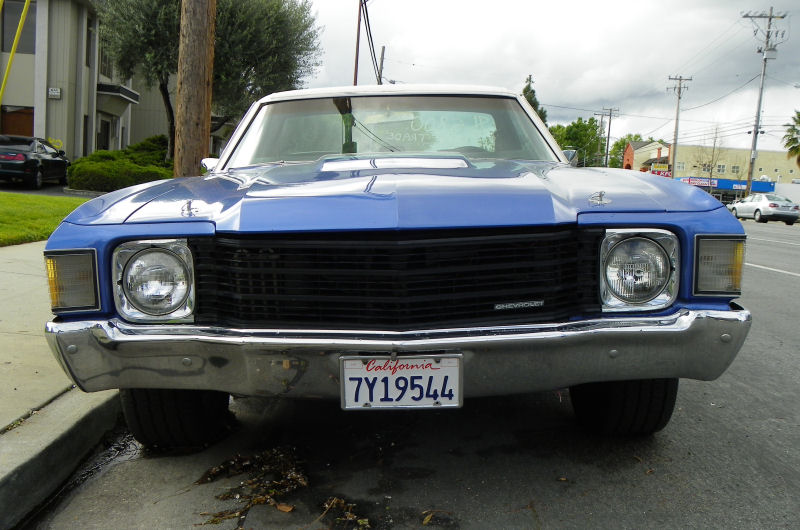 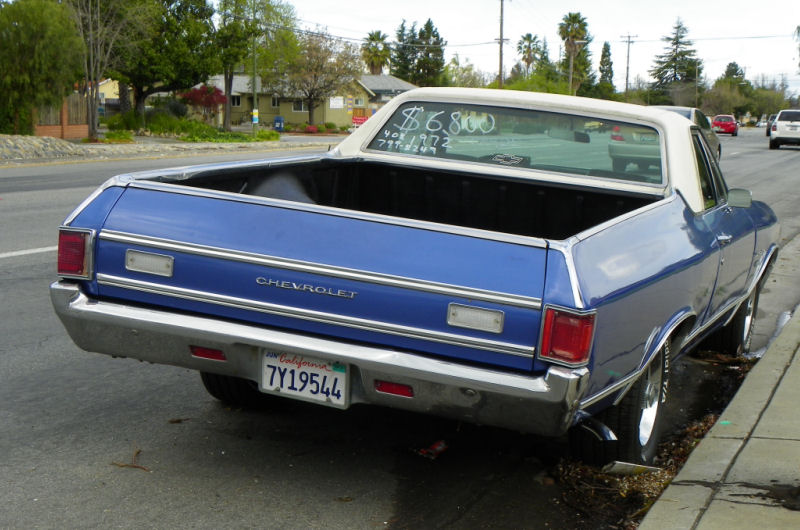 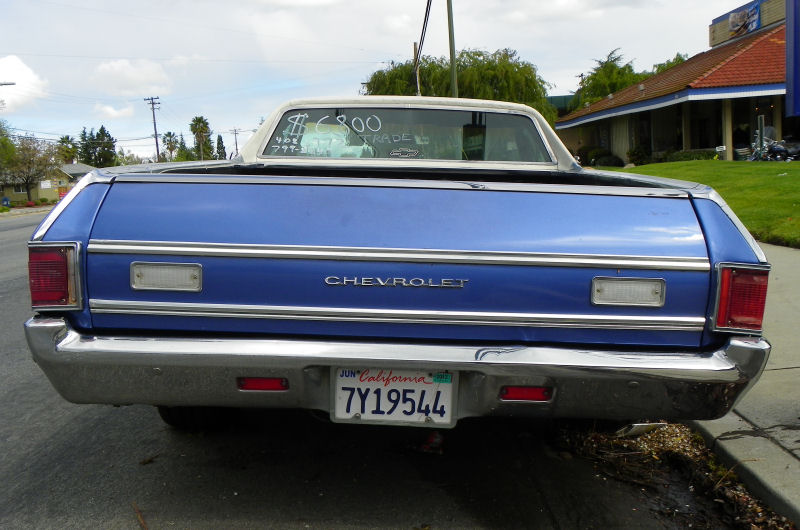 I was drawn to this El Camino because it's not one of the countless Super Sport clones I've seen over the years. It's a plain, subtle, honest little pickup with nothing to prove, but it's not a completely stripped truck either. It has 350 V8 power and a deluxe vinyl top (why they chose white is beyond me, but come on, it's a ute with a vinyl top!) This isn't the first El Camino I've featured here on California Streets, but it is one of the few post-1970 examples I've seen fit to stop and inspect closely. This one is in pretty good shape, though the paint job appears to be an older one and the chrome and stainless trim are nicked up enough to suggest that it's still used as a truck. I really like the metallic blue color, and to be entirely honest I like these with vinyl tops - though I would have chosen black. The Rally wheels on BF Goodrich white letter tires look great, and the blacked-out grille and cowl induction hood with hood pins lend it an air of toughness. So maybe it's not totally honest with us about just being a work truck. But nobody said you aren't allowed to have fun with a work truck. I sure do.