Five years ago I was wandering in San Francisco's SOMA (South of Market) neighborhood near the ballpark and happened upon a funky little red hatchback that piqued my curiosity. It turned out not to be a hatchback at all, but rather a two-door sedan. The car was for sale and, being the idiot I was, I didn't pay attention to the window sticker and only took a few pictures of the car. At the time I'd only seen two other examples of the Austin America; one of those was a non-running example at a swap meet in Pleasanton and the other was a rusted junker at a self-service wrecking yard in Hayward.
The 1968 Austin America I saw that day in 2007 would prove to be an elusive one. When I started writing and actively searching for interesting cars to photograph for California Streets, the America was high on my list. But it always got away from me. One day in 2010 I saw it driving, then nothing. I put it in my "Best of the Rest" post for British cars because I figured I'd never catch it standing still again. Then in January this year I was taking some friends around town and there it was. So I parked my car and quickly went to photograph the unusual little Brit. 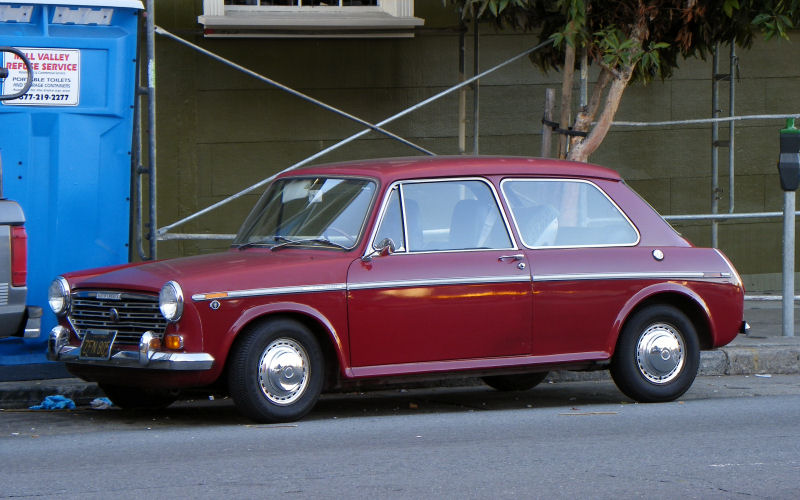 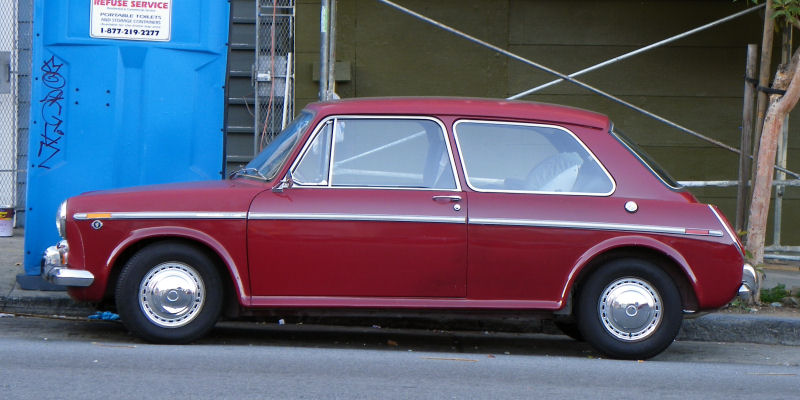 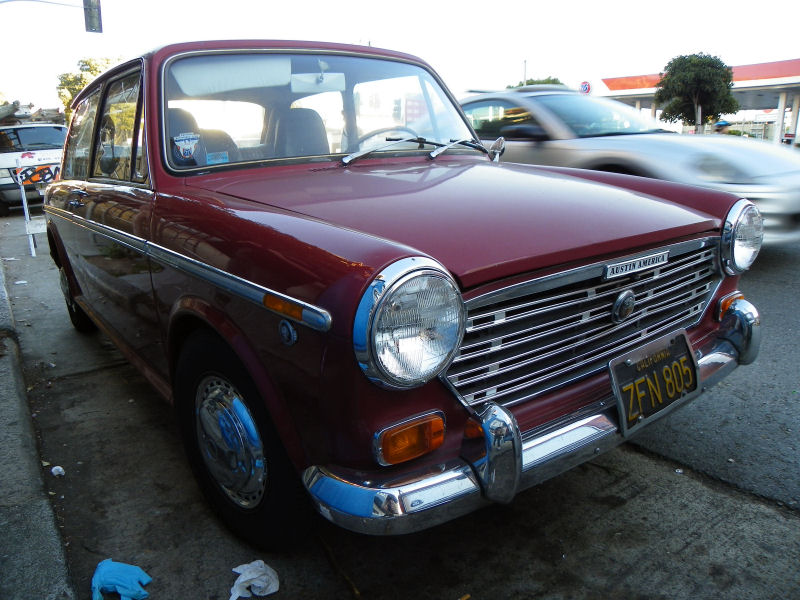 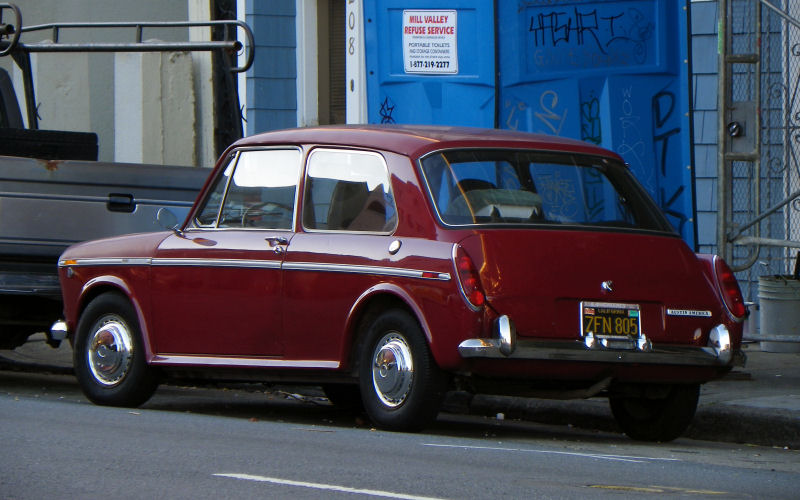 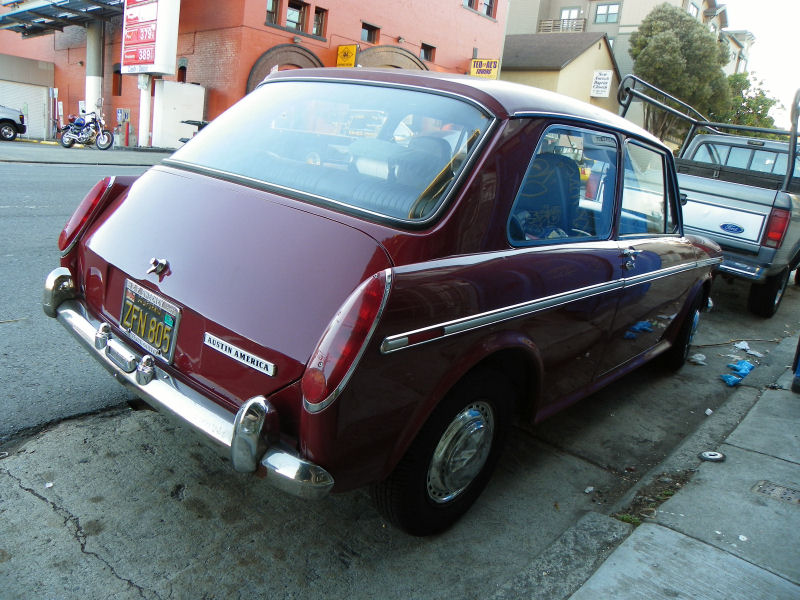 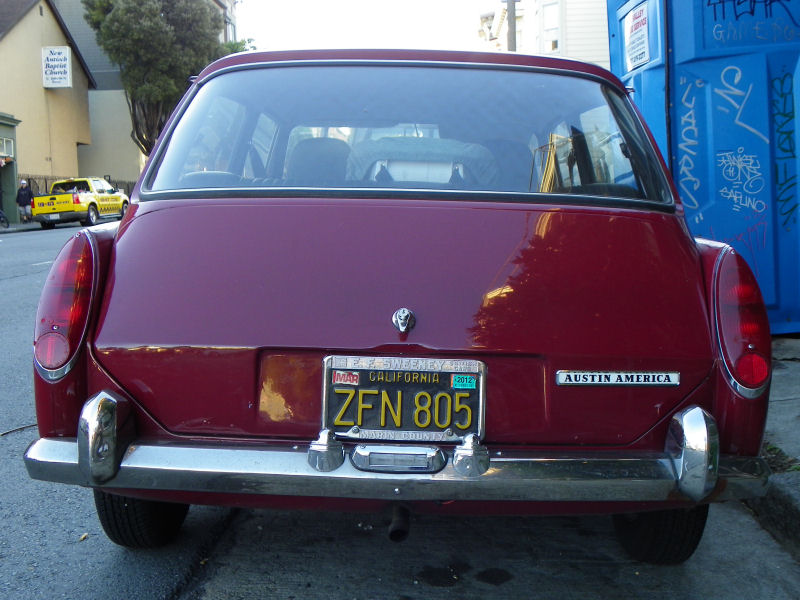 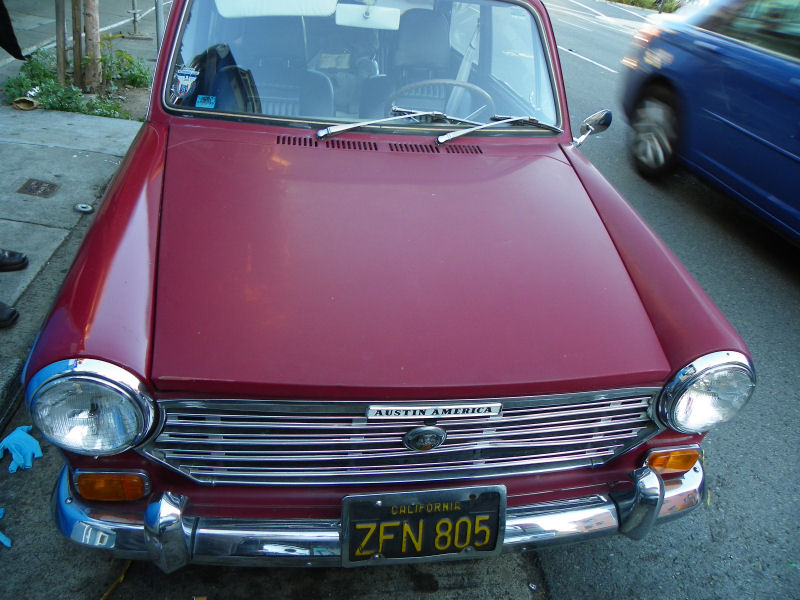 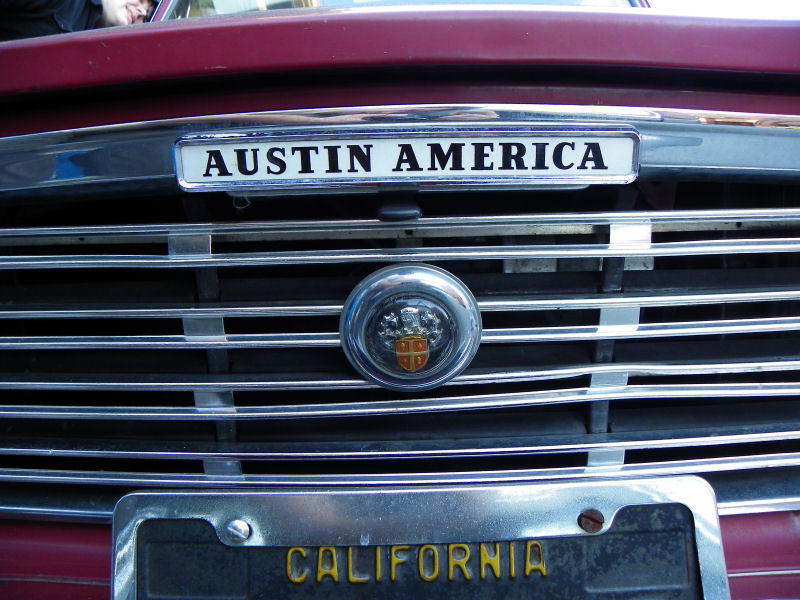 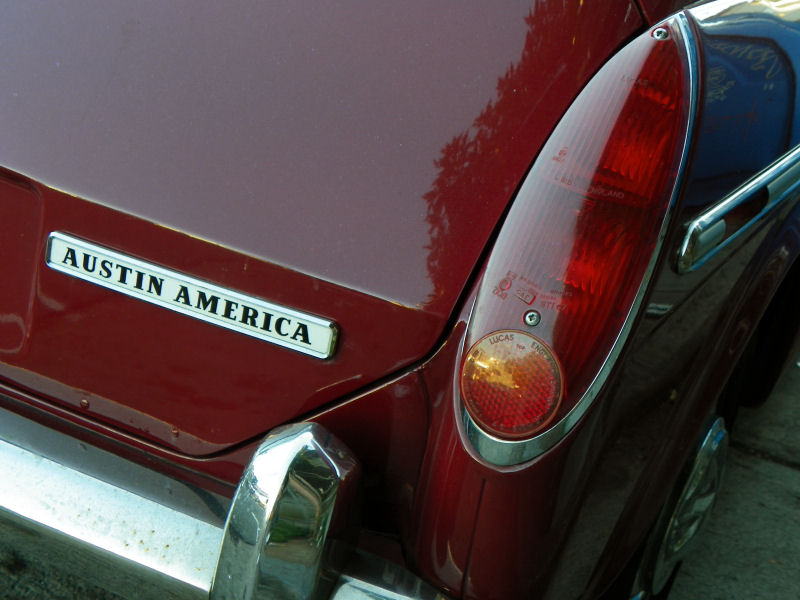 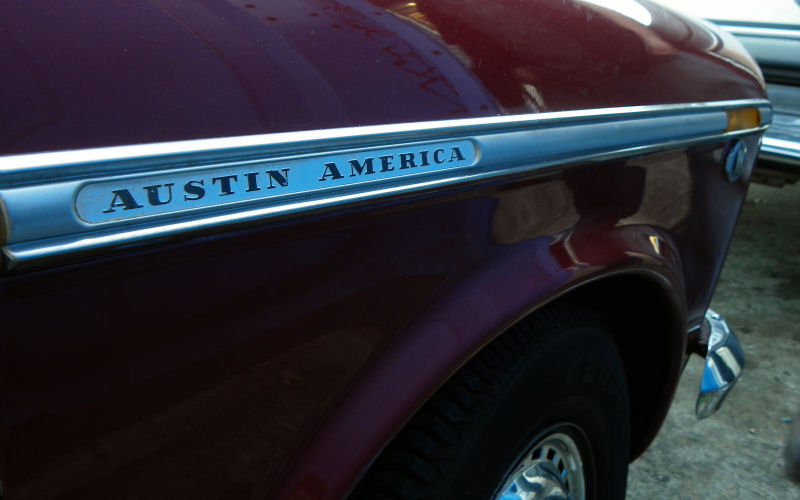 The Austin America was never especially popular in the United States. It was sold for only four years, from 1968 until 1972. Roughly 59,000 found homes during that time. It was a small, miserly car when small wasn't fashionable and gas was cheap, and it was a British car in a country that wanted cars that ran. US sales were dropped just in time for the 1973 OPEC oil embargo that might have given people a reason to buy it. The America was based on the Austin 1100 (which spawned a host of badge-engineered stablemates available in various body styles and for a while was one of the most popular cars in the UK). The America was only available as a two-door sedan and made do with a 1275cc four-cylinder making only 60 horsepower. And while famed design house Pininfarina styled it, the proportions are odd and the overall appearance, in my opinion, is rather homely.
Still, this little Austin seems to have lived a fairly charmed life in the Bay Area. It retains the original black California plates and a dealer plate frame from E.F. Sweeney British Cars in San Rafael, just across the bridge to the north. The paint is starting to fail on the hood and front fenders, leading me to wonder if the paint is an older repaint, but the body is remarkably rust-free for a 40-plus-year-old English car. Either the owner has a good relationship with his or her mechanic or the Lucas electrics have behaved themselves these many years. It seems risky to use an old British car as a daily driver, though for sure it is an utterly unique, smog-exempt commuter with a touch of class. I'm glad I found it again.
Posted by Jay Wollenweber at 12:00 AM