Given my affinity for the E9 series BMW "New Six" coupes, I'm more than happy to feature another after the clean silver 1969-71 2800 CS model I posted two years ago. Since most of the CS coupes I see are in good condition, it makes me a little sad to see one sliding downhill. I'll be up-front about it, I first discovered this one while browsing Google Street View. Finding the real car, however, was a challenge as it was in a different location, so I consider it a legitimate street sighting. And besides, a low-resolution image on Google Maps is nothing compared to seeing the real thing up close. 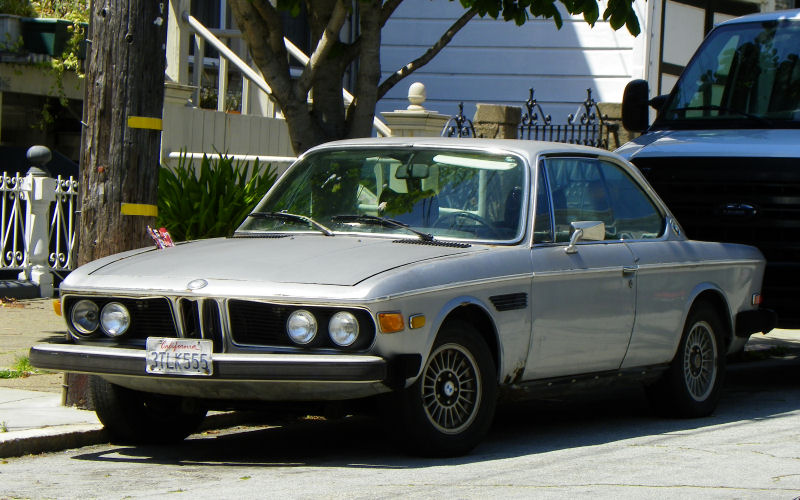 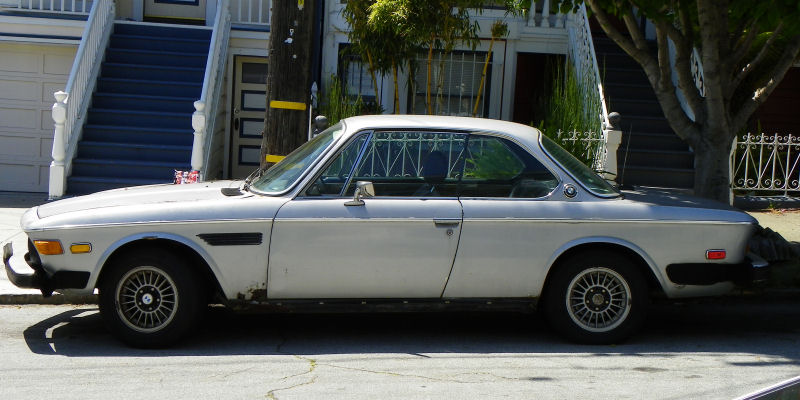 This is a 1974 BMW 3.0 CS Automatic, one of 438 brought to the United States that year equipped with a ZF three-speed auto transmission. It's by no means the prettiest example of the 3.0 CS breed, with its government mandated, oversized rubber-tipped 5-mph bumpers, but aside from those, the body was left much the way it was in 1968, and it even features the Alpina wheels I like. I'm known for my eclectic taste in cars, but I think many will agree that the CS coupes are some of the most attractive cars BMW ever made. With their pointed fronts, slab sides and slanted rear ends, the cars kind of remind me of sleek little speedboats. 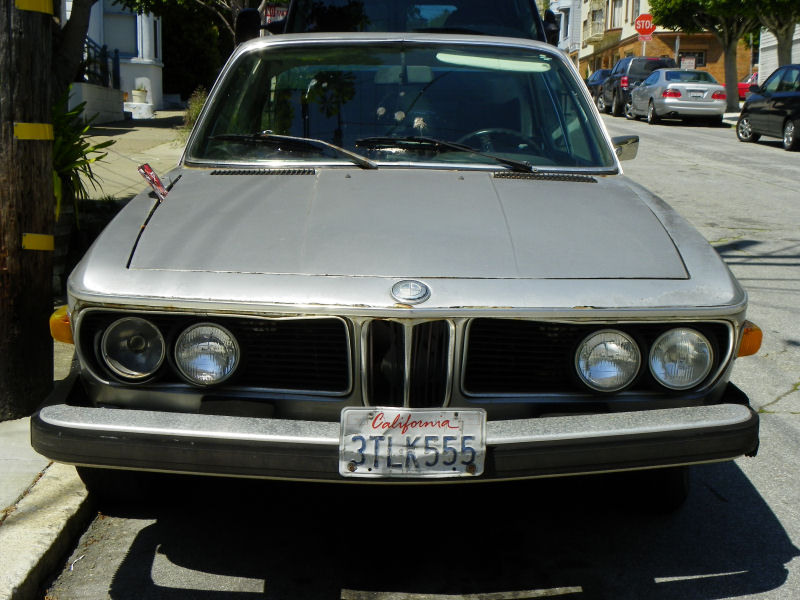 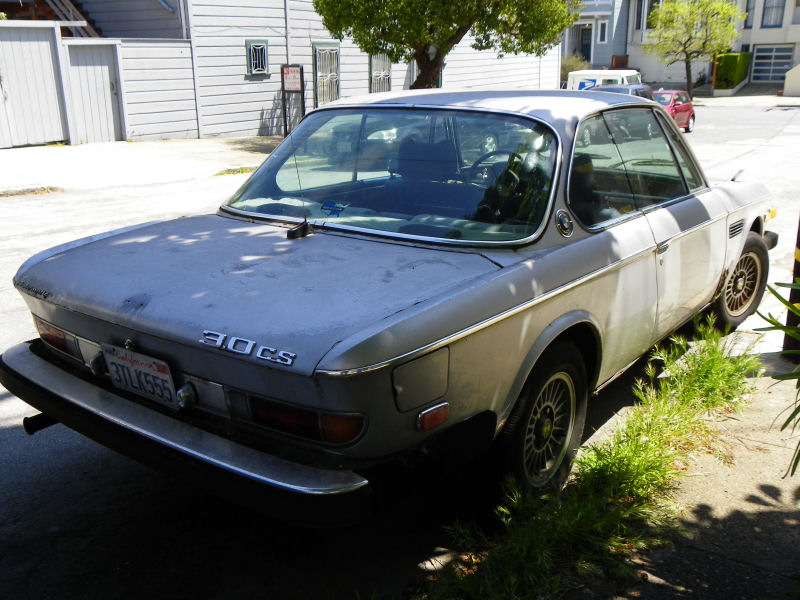 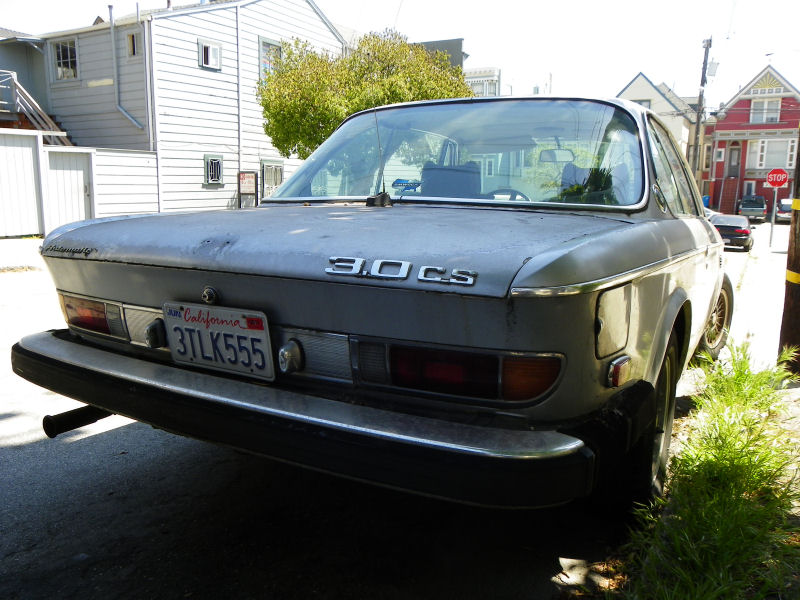 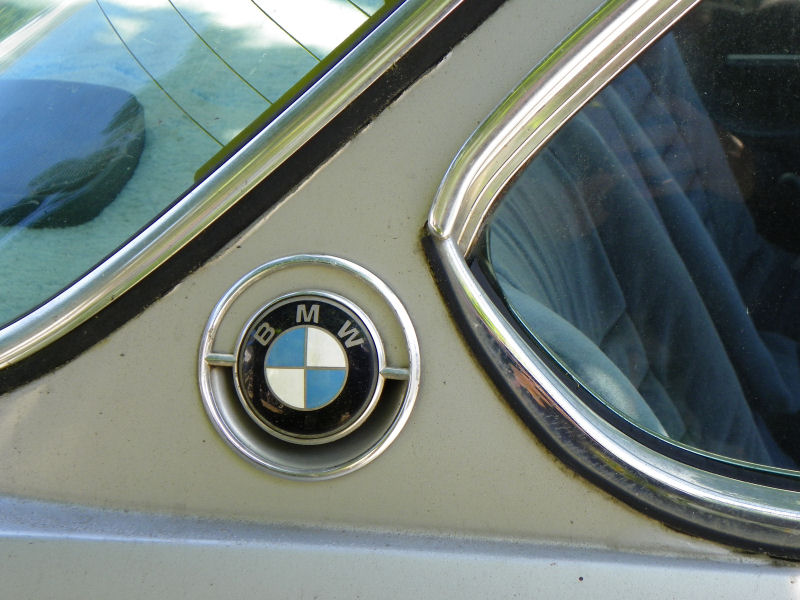 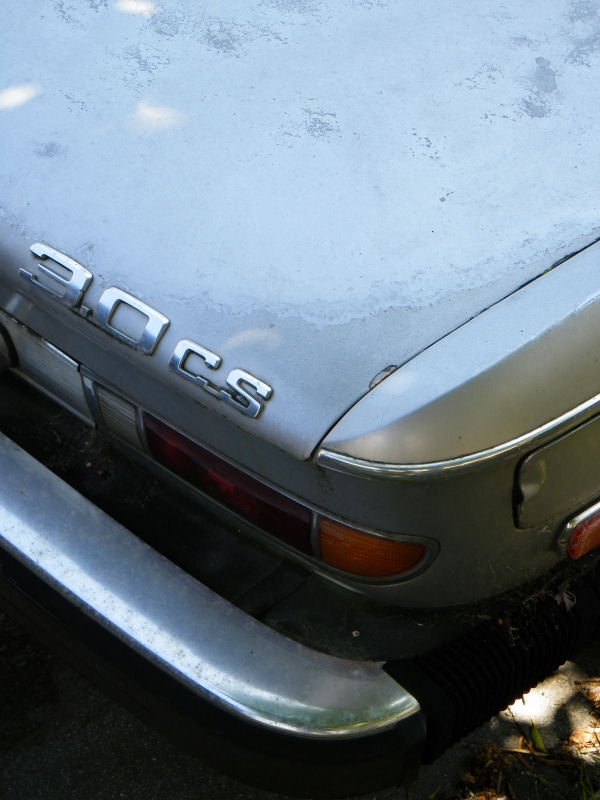 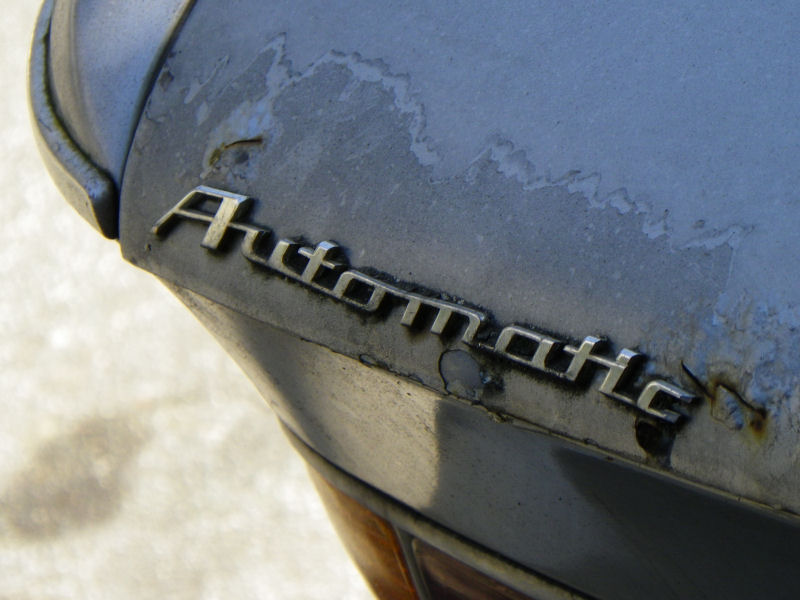 The 3.0 CS is one of those cars that must be fantastic when it works, and hard to live with when it breaks. Under that pretty bodywork is a series of great places for moisture to hide, as indicated by the advanced fender rust on both sides of this car. Those panels are pretty well finished. Therein lies the problem: bodywork for these cars is expensive. A pair of fenders is easily $1500 or more without paint, and they're welded on the car rather than bolted to it. A lot of the parts needed to restore the body and interior aren't available new, so parts must be sourced from existing donor cars. Connections within the owners community are pretty much a necessity. At least the powertrain can be maintained using new parts or rebuilt originals, so it'll run until the body rusts off.
Look at that sagging grille and missing headlight. The poor car looks like it's begging to be saved! The once-rich Polaris silver paint has baked to the point that it's dull and peeling on top. Even the BMW roundel on the hood has completely lost its color. I'm worried about this one, because even though it's not beyond saving and could be a fairly solid car for a restoration project, the expense involved is probably more than the owner paid for the car years ago. It's a labor of love for sure, and bound to be costly, but it deserves another chance to shine.
Posted by Jay Wollenweber at 2:31 AM