Rounding out this week's Alfa series is a Giulia Super sedan. I'll admit it, this is one of the most baffling cars I've ever tried to date, aside from the Citroen Traction Avant. Produced from 1962 to 1978, the Alfa Romeo Giulia used to be common as dirt in Italy. Even in San Francisco where old import cars number in the dozens, you can still find one every now and then. I got lucky while walking to one of my classes one day, and found this tan Giulia Super parked in front of a bike shop. 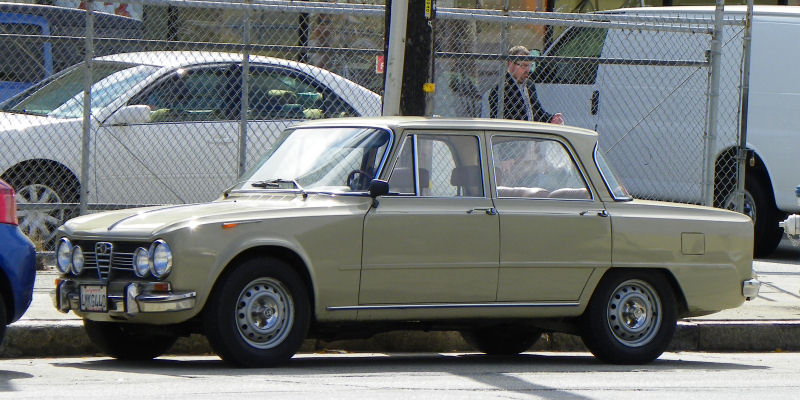 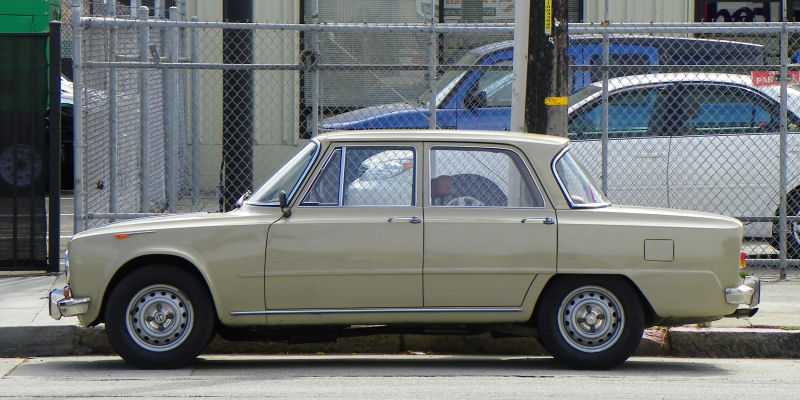 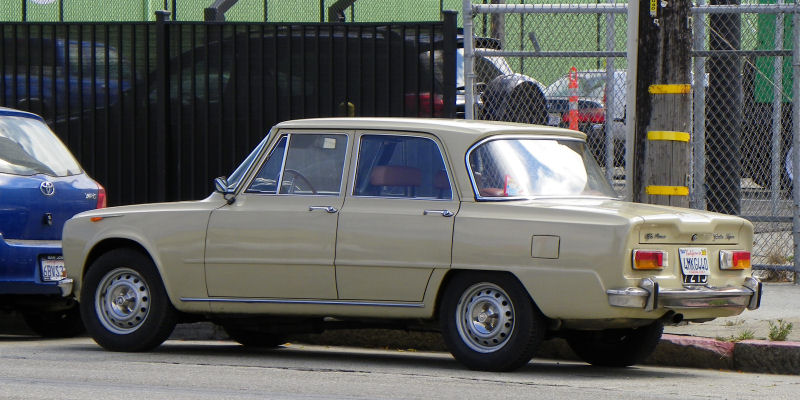 The Giulia Super is perhaps best known for its role as the workhorse of the Turin police car fleet in the 1969 film The Italian Job, getting smashed up chasing Michael Caine and crew in their Mini Coopers. This car, thankfully, has had an easier existence. 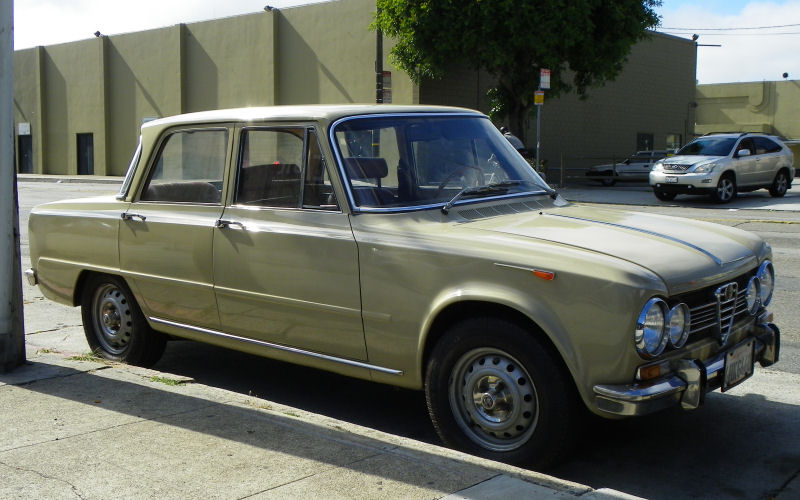 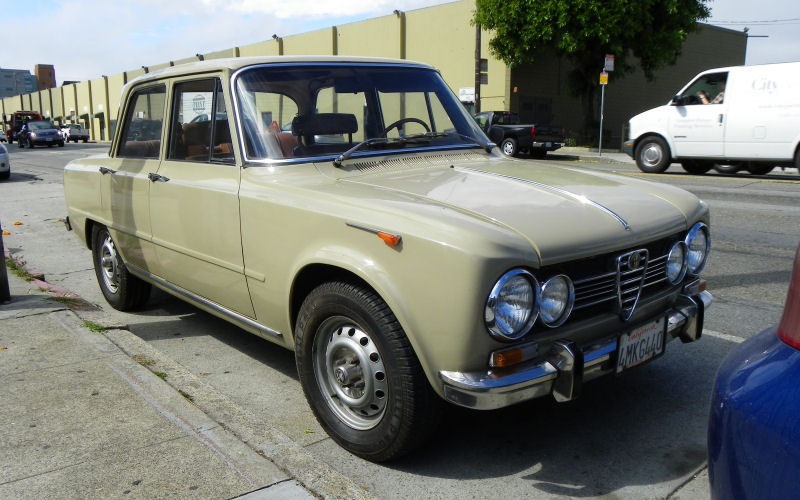 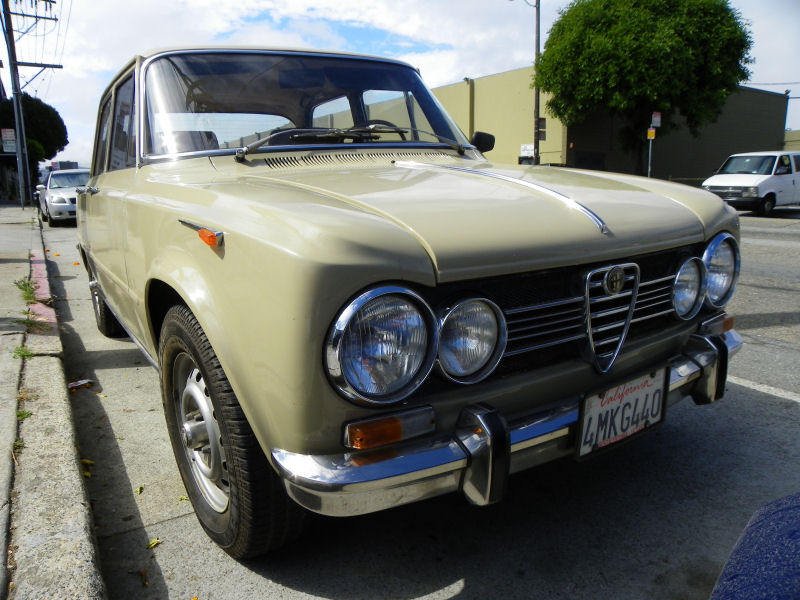 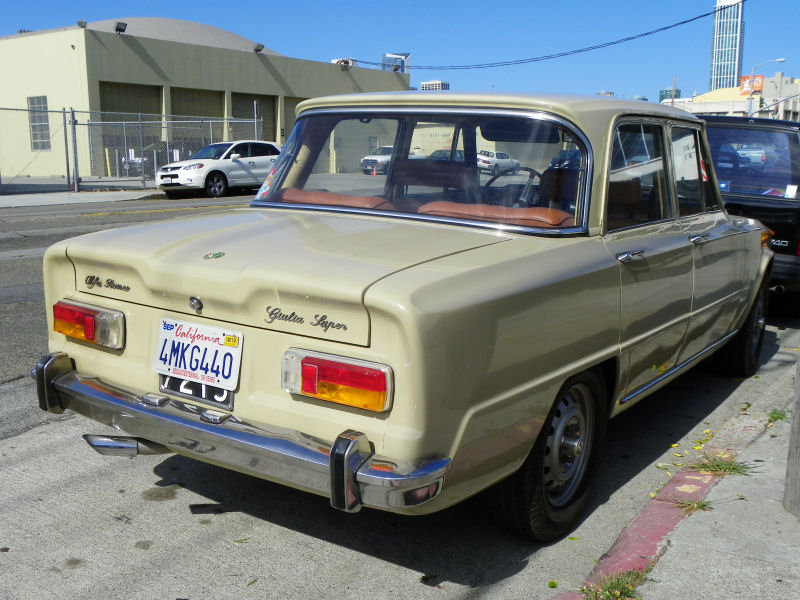 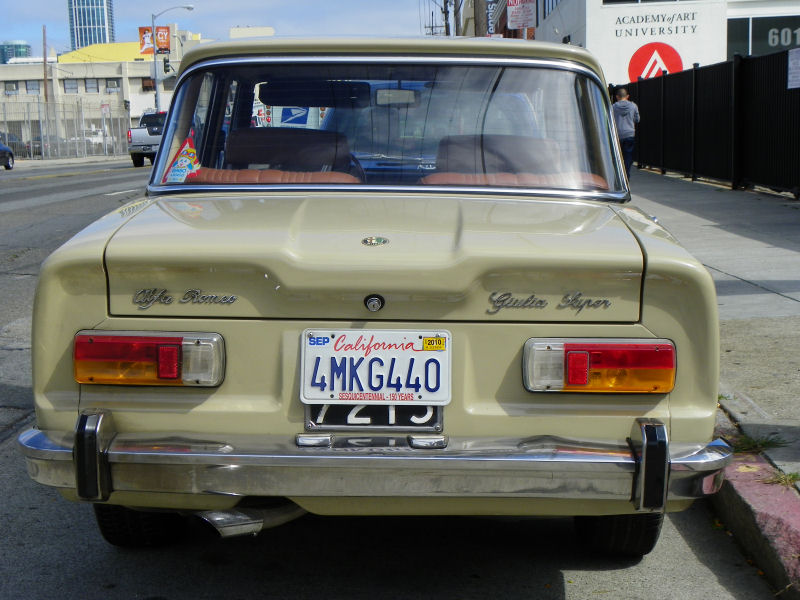 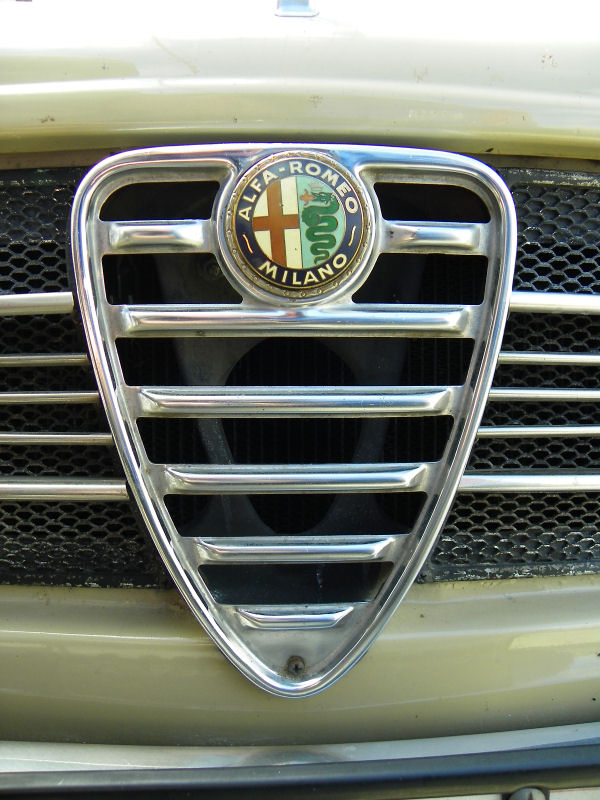 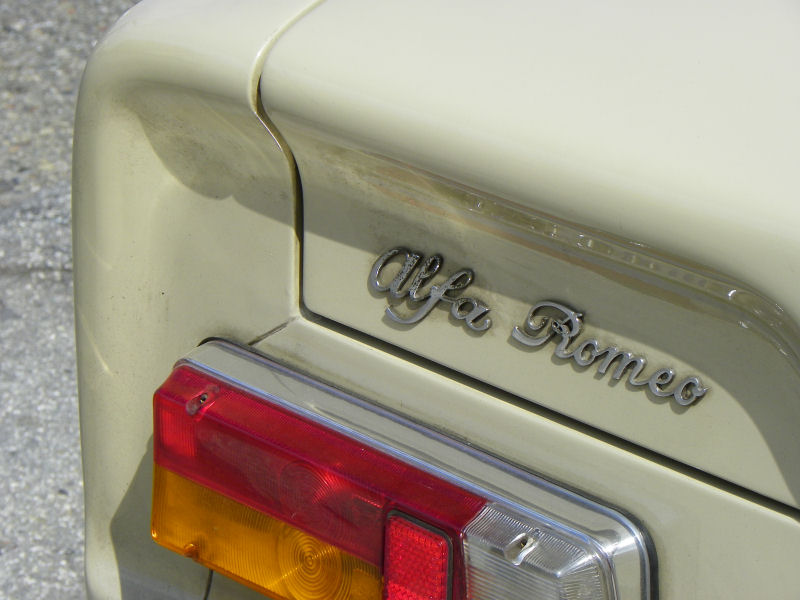 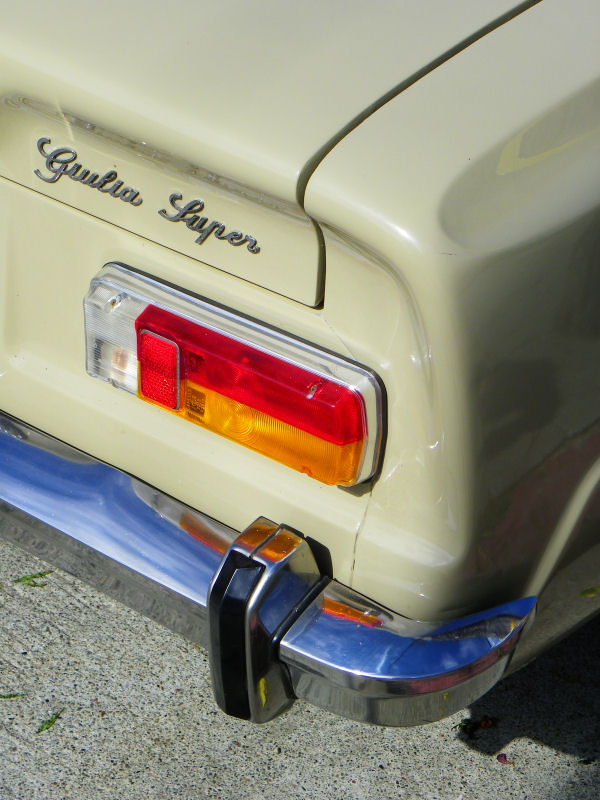 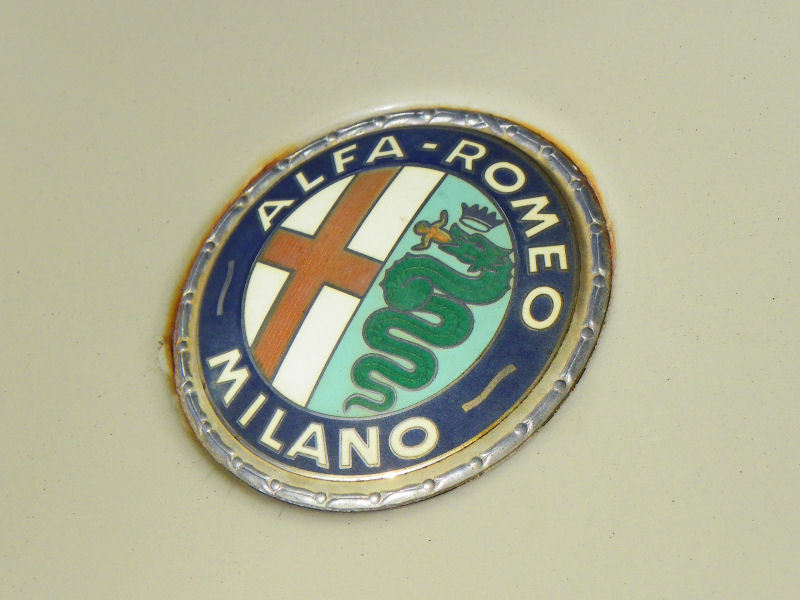 I got lots of pictures of it, and that's where the fun of identifying the model year began. The body didn't change much during the car's 16-year model run. The grille looks like a pre-1972 item, while the front fender-mounted turn signals with chrome accent match any number of Google Images results from 1963 to 1972. There were a lot of sub-models and powertrains for the Giulia, but no identifying trim badging is to be found. All that's there is the Alfa Romeo shield on the trunk lid, which appears to be a 1970-71 item or thereabouts. Any Alfa enthusiasts who can help narrow it down would be greatly appreciated. As it sits I had estimated it as circa 1970.
Condition looks great from across the street. Up close it's still decent, though you can tell this car's a driver. The rear bumper's been mangled a little, probably from one of SF's road warriors doing battle with the feisty little Italian. The vintage Italian license plate hidden behind the California plate on the rear is a nice touch. My biggest concern is the rust peeking out around the trunk badge. That should be addressed before it causes problems.
So while it may not necessarily be a strictly numbers-matching, all original car, it still displays well on the street and looks good. As a small, low-displacement car that's easy to park and probably gets decent fuel economy with a 1.3 or 1.6 liter four-cylinder and manual transmission, it's a cool alternative to a Toyota Yaris or some other boring city car. I imagine whoever owns it loves driving it around town. Just watch out for a trio of Mini Coopers.
Posted by Jay Wollenweber at 1:00 AM