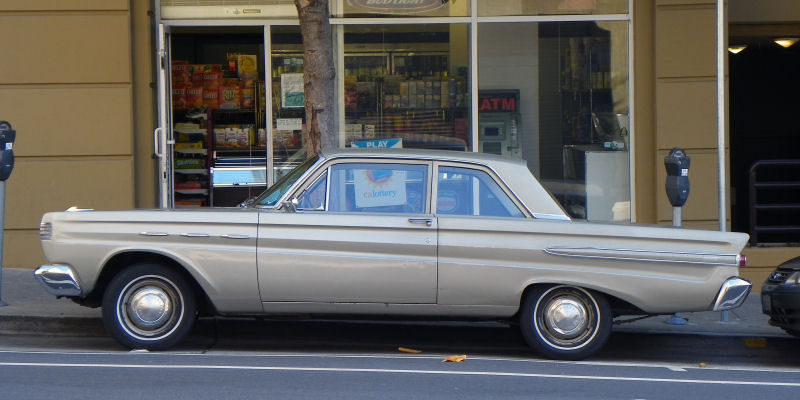 While we're on the topic of modestly sized, moderately priced cars slightly more prestigious than their bargain-brand brothers, let's take a look at this 1964 Mercury Comet. Based on Ford's mainstream Falcon, the Comet offered a more stylish variation on the theme using the same underpinnings and powertrains. If that sounds familiar, you're right. The new-for-'64 Mustang followed a similar formula. 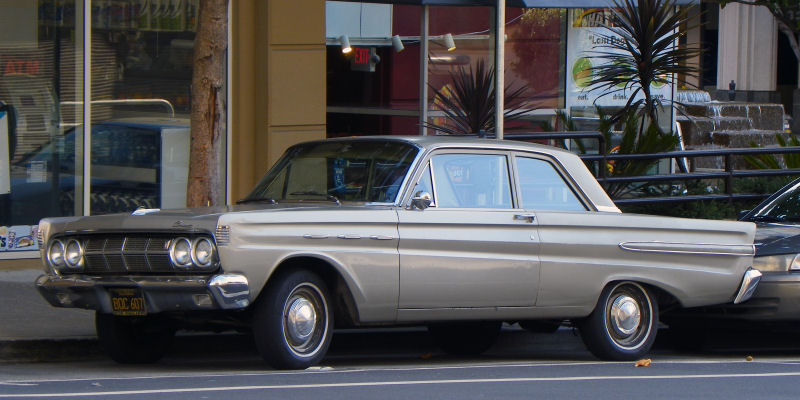 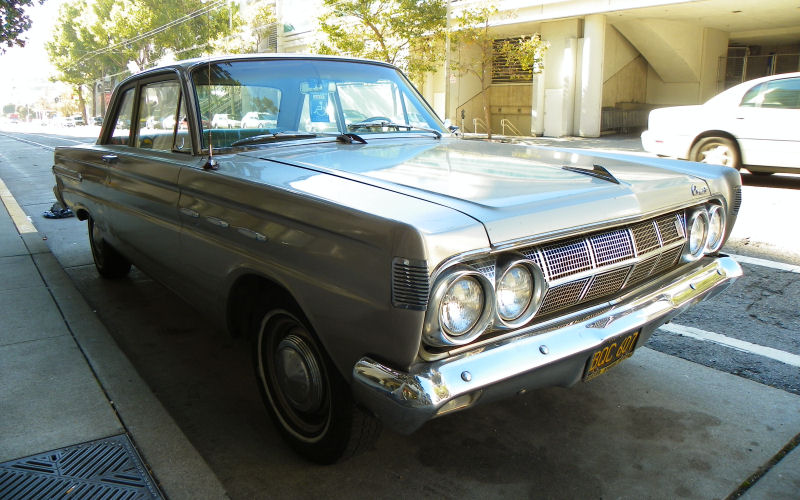 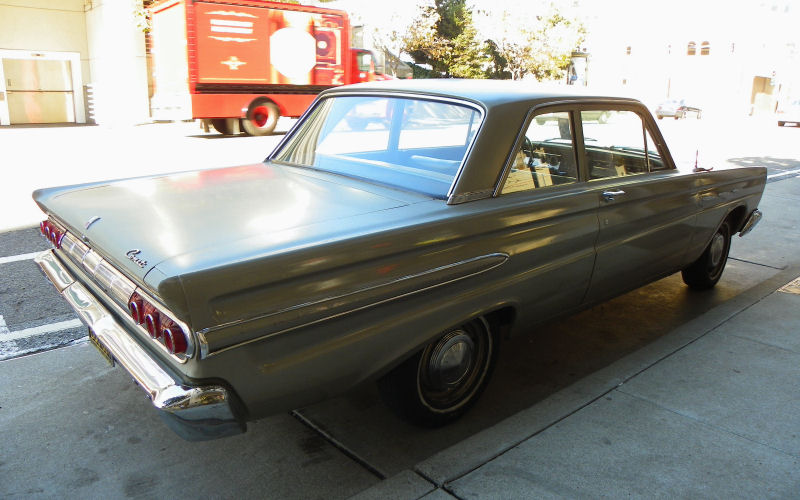 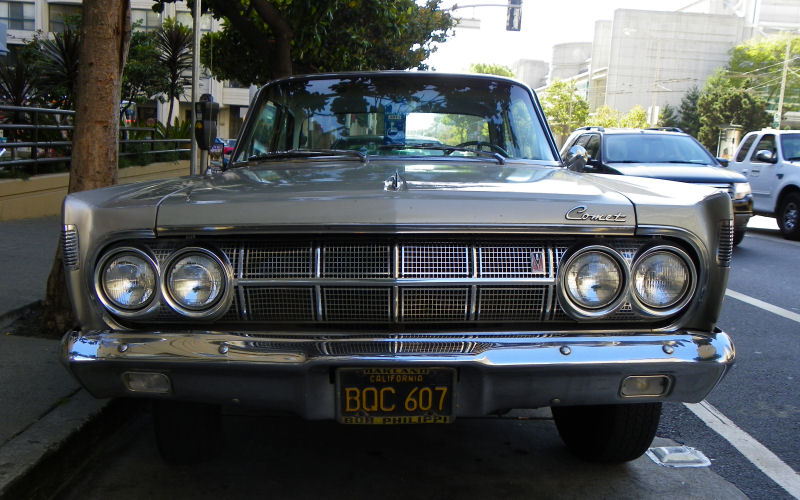 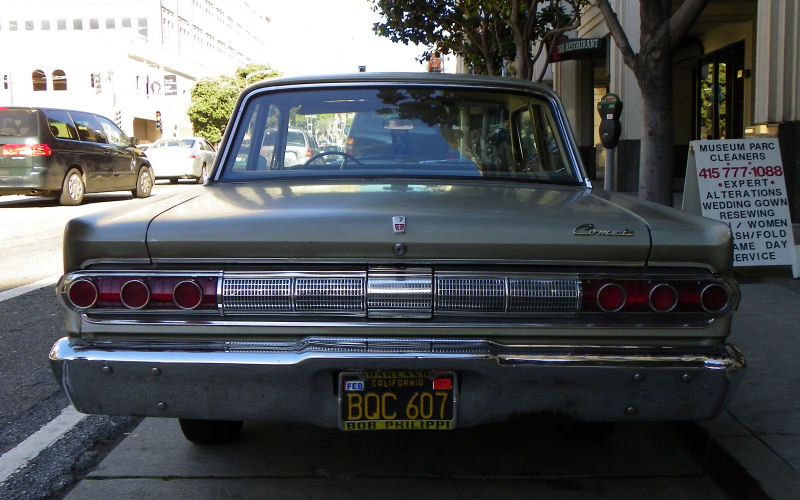 This was the era when Lincoln-Mercury was having a bit of a problem coming up with a strong identity for the Mercury brand. Note the grille on this car. It bears a resemblance to the 1964 Lincoln Continental, yes? In the '60s, Mercury was an aspirational brand, creating cars "In the Lincoln Continental tradition" so that their vehicles were built to a higher standard - Lincoln's standard. If you were a Ford-family buyer you probably aspired to own a Lincoln someday instead of a Cadillac. And if you weren't quite wealthy enough to buy a Lincoln, you bought a high-level full-size Ford or a luxurious big Mercury that sort of looked like a Lincoln for less money. If Mercurys were seen as cheap Lincolns by the company that made them, what was the point of the brand? They weren't bad looking or bad cars, they just needed a strong identity of their own. It's like if Buick had announced that they were building cars in the Cadillac Fleetwood tradition.
I suspect this '64 was an early-build car ordered in 1963, judging by the BQC-prefix black license plate. Black plates were first issued in 1963 with the prefix AAA. It's equipped with the 260 V8 and what appears to be the optional column-shifted automatic transmission. Color is probably code Z Platinum Beige Metallic. I'm pretty impressed by the overall condition of this car, with its straight body and all badging and trim present and intact. 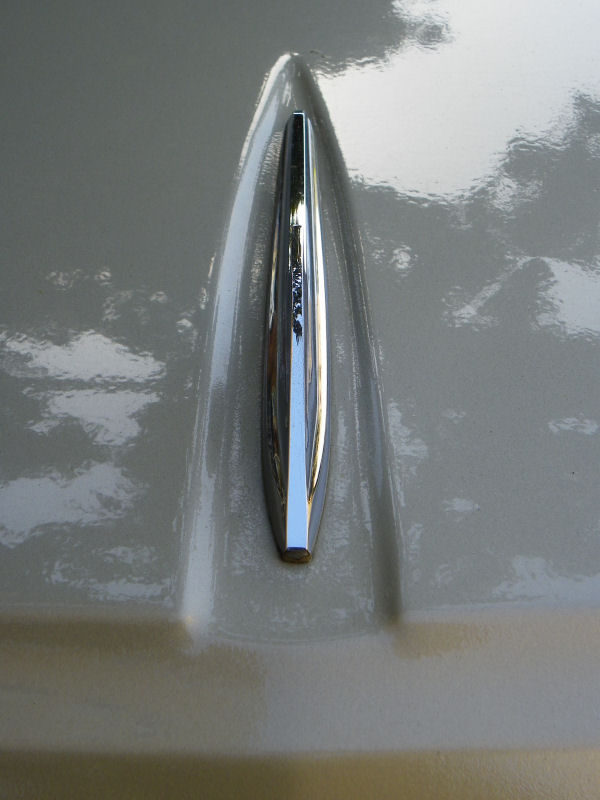 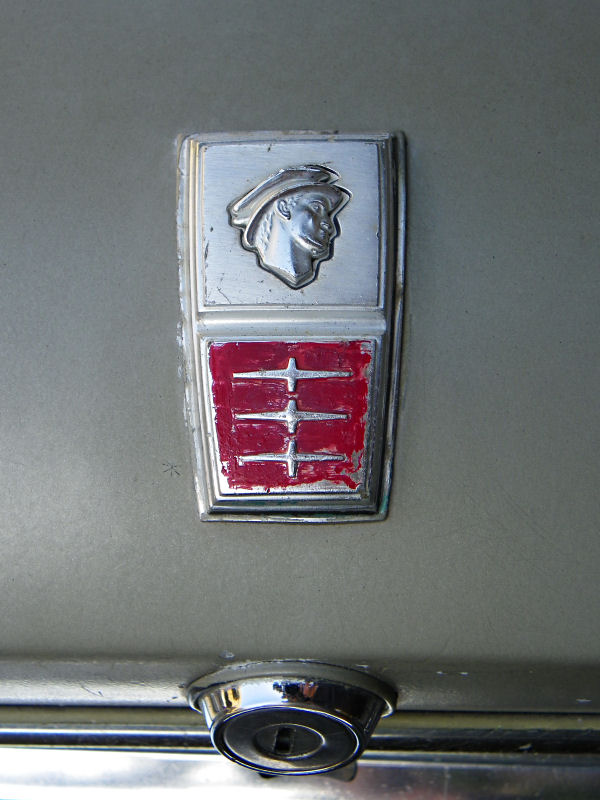 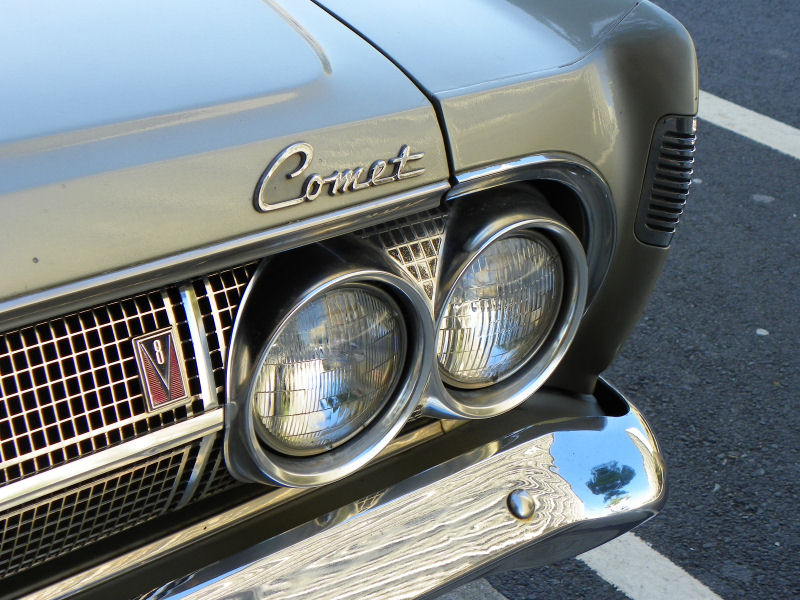 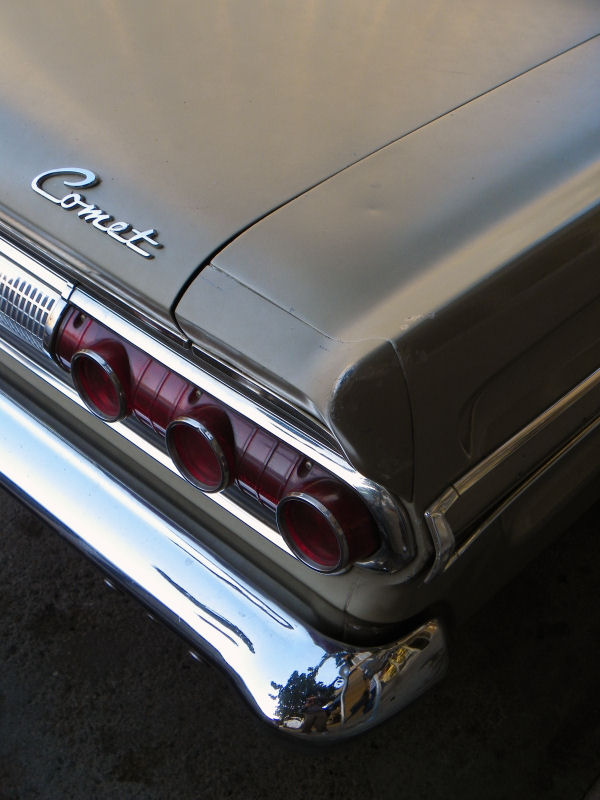 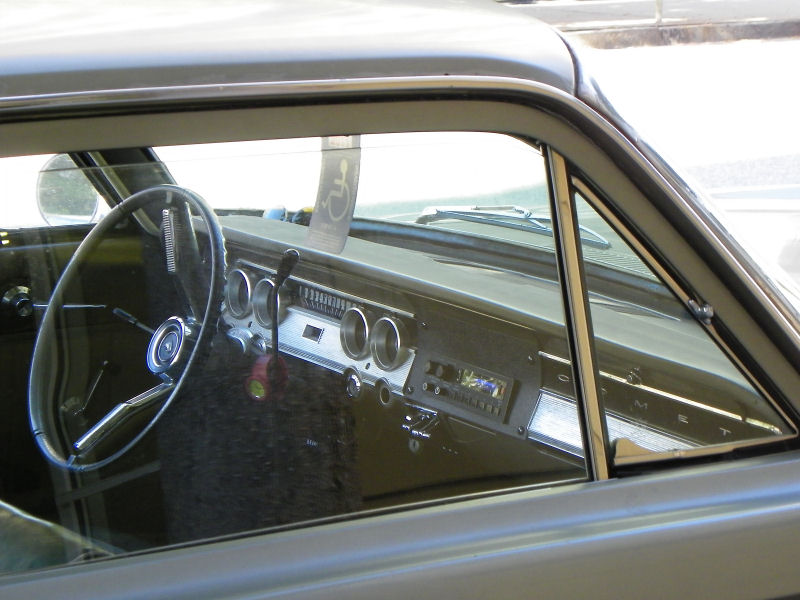 It's a curious design for the era - a car which mimicked the Continental for the last year in which the Conti had an eggcrate grille, a car which kept a rear-end design reminiscent of the multiple bullet taillights on the '62 Comet. (The Comet would become more square with stacked headlights and a cleaner body design for '65, a model I tend to prefer slightly more than the '64). The body is still basically Falcon, enough so that the doors are apparently interchangeable between models. It's more stylish than the plainly sculpted Falcon, but is the Comet ultimately better looking? Given my fondness for Falcons of this era, I'd say it's still open for debate.
Posted by Jay Wollenweber at 9:45 PM